The Lost Dutchman Mine: The Greatest Gold Horde That’s Never Been Found

See why treasure hunters are still drawn to Arizona's Superstition Mountains by the lure of the fabled Lost Dutchman Mine and the promise of untold riches. 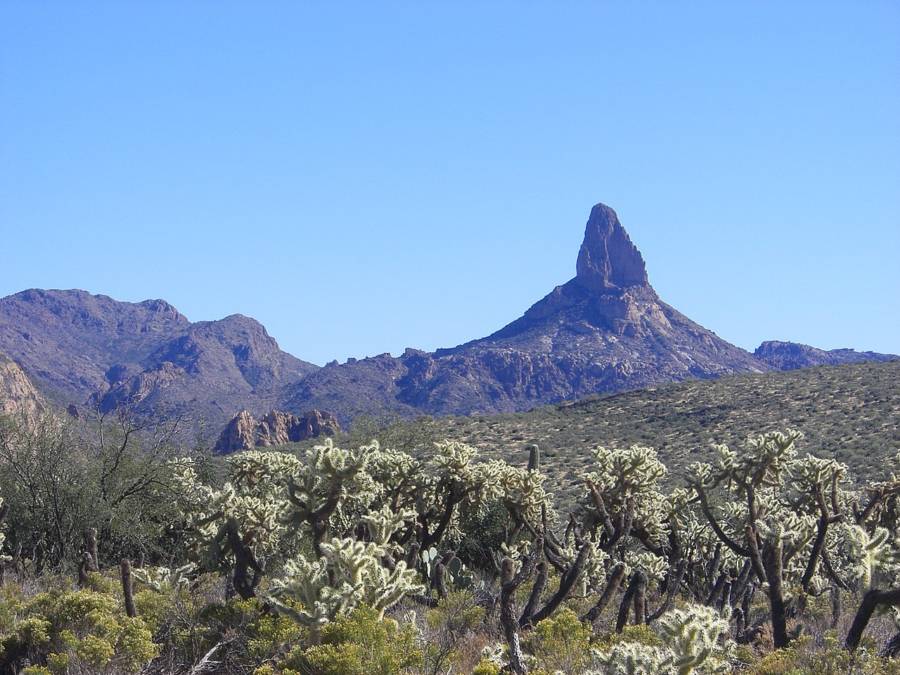 Wikimedia CommonsThe Weavers Needle rock column of Arizona’s Superstition Mountains is often said to mark the location of the Lost Dutchman Mine.

The Superstition Mountains in Arizona are bound to be home to at least a few good stories by virtue of their name alone.

For one, the desert area bears remnants of the cliff dwellings of an ancient people whose identity is still unknown. But it was the Apaches who became the area’s most famous native residents, using the mountains as a stronghold during the 1800s when the whites began their westward expansion, lured by the promise of gold.

The Legend Of The Lost Dutchman Mine

The start of the most famous legend to come from the mountains, that of the Lost Dutchman Mine, begins with these fortune-seekers. According to legend, a family by the name of Peralta moved north from Mexico in the early 19th century to try their luck at mining in the American West and their efforts were rewarded when they struck gold in the 1840s.

The legend continues to explain that the luck of the Peralta’s eventually ran out and they were ambushed by the Apache, who left no trace of the treasure and only a few survivors who brought the tale of the hidden horde back to Mexico. 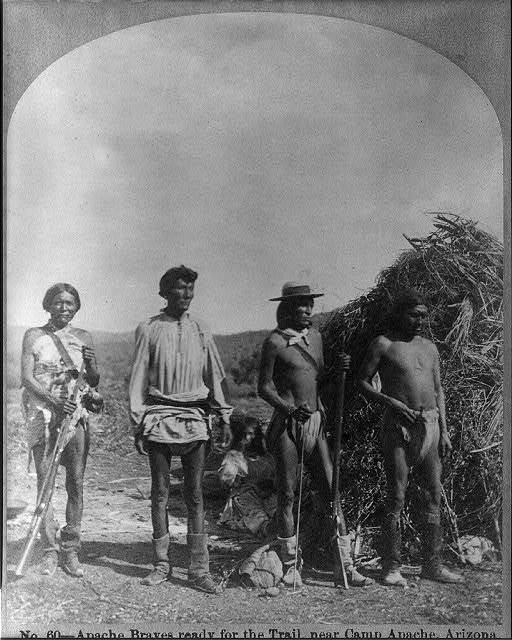 In the years after the massacre, the legend around the Lost Dutchman Mine grew, attracting treasure-seekers who hoped to find the cache (perhaps worth about $200 million according to one estimate). However, despite several men claiming to have found the mine, no one ever came forward with the gold.

It wasn’t until the late 1870s that the man who would give the mine its legendary name was able to lock down the location with the help of one of the Peralta’s descendants.

Jacob Waltz was a German immigrant, the “Dutchman” of the eponymous mine (“dutch” being a corruption of “deutsch,” the German word for “German”).

Jacob Waltz does appear to have been a real person; whether he was simply used as the basis for the story or actually found the lost gold is another story. His naturalization papers are listed in the Los Angeles county archives and his name appears in an Arizona territorial census from 1864; other government documents confirm he did, indeed, live in Arizona territory from 1863-1891.

As the story of Waltz’ supposed discovery goes, he and his partner Jacob Weiser re-opened the mine and were able to stash away gold of their own in the Superstitions. Weiser (if he ever existed at all) eventually met the same unfortunate fate as the Peraltas and was killed by the Apache, although some versions of the story have him murdered by his former partner.

Waltz, now the sole possessor of all the gold, eventually moved to Phoenix where he died in 1891, but not before relaying his story to his neighbor, Julia Thomas.

Neither Thomas nor anyone since has been able to find the now legendary gold of the Lost Dutchman Mine, although that has not discouraged people from trying (one widely-circulated estimate from the 1970s claimed that 8,000 people a year search for it). 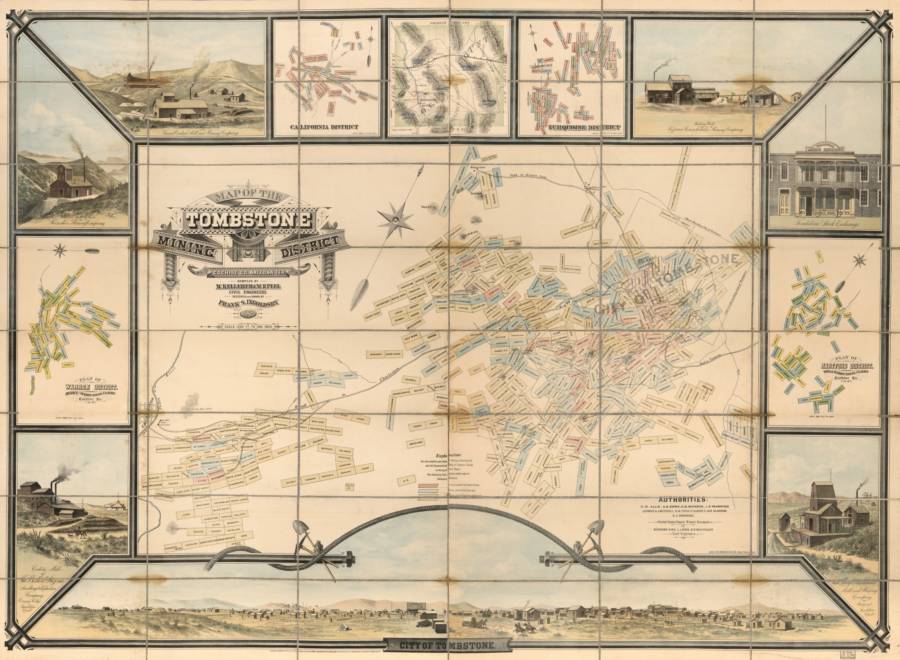 The body of one “dutch hunter” (as they are known to locals) was found in the Superstition Mountains as recently as 2012.

Jesse Capen was obsessed with the legend of the lost gold, despite the lack of hard historical evidence. He vanished into the mountains in 2009 and his body was not discovered until three years later, hidden in a crevasse 35 feet up a cliff, and destined to become yet another chapter in the continuing story of the lost mine. 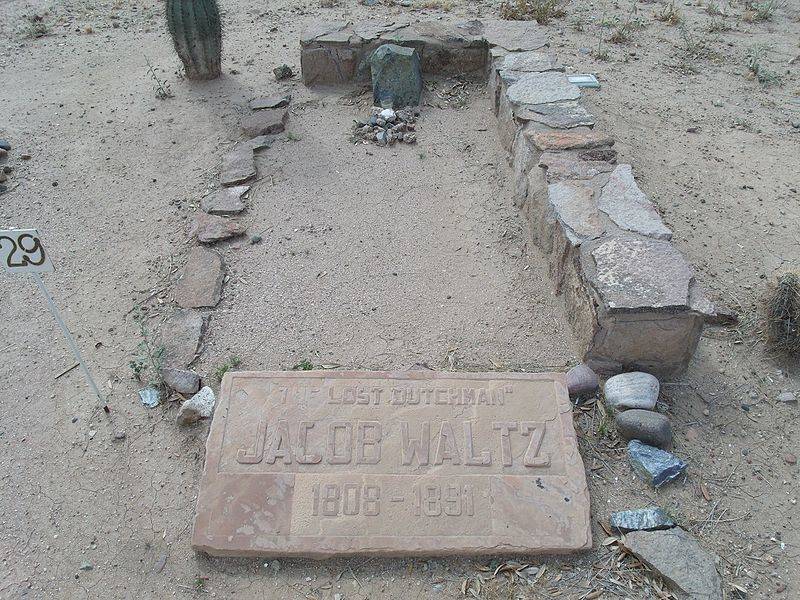 Although the Lost Dutchman Mine has always remained a popular local story (which many people accept as fact), there is very little actual proof of the mine’s existence besides word of mouth. Nevertheless, the lore has led to the publication of several books (and, in turn, a few movies), although they mostly just embellish off the basics of the existing oral legend — one of the great tales of treasure in modern history.

After this look at the Lost Dutchman Mine, read up on history’s most fascinating sunken ships, some of which went down with legendary treasures. Then, see some astonishing photos taken at the height of the Klondike Gold Rush.