A soldier in the famed Harlem Hellfighters regiment during World War I, Henry Johnson's incredible act of bravery earned him France's highest military honor. His own country, however, took much longer to do the same. 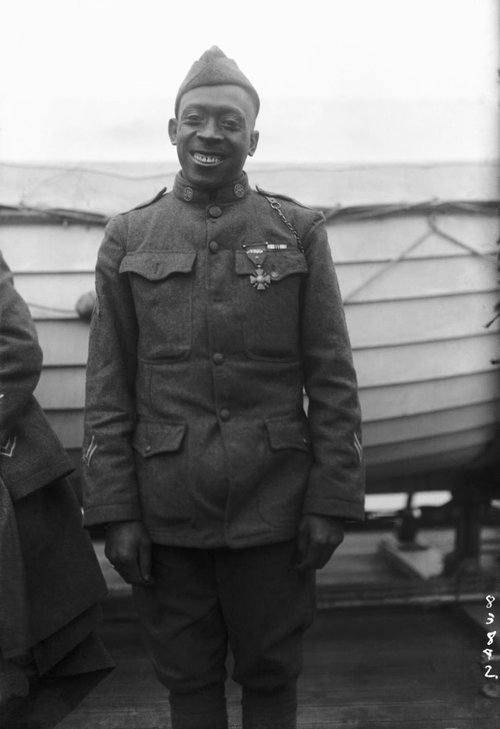 Although African Americans had been serving in the U.S. Armed Forces since the Revolutionary War, they still faced discrimination and segregation within the military. Until President Harry Truman integrated the military in 1948, soldiers of color had to serve in “all-black” units.

Even though segregation was still in full force in both civilian and military life when the United States entered the First World War in 1917, thousands of black Americans rushed to enlist. In addition to wanting to do their part in serving their country, many also believed that proving themselves on the battlefields of Europe would show they deserved equal rights back home.

Despite the enthusiasm of the black soldiers, military commanders had little faith in their combat abilities.

All-black units were often relegated to menial labor off the front lines, such as transporting supplies or digging latrines. They were rarely given sufficient training. Toward the end of the war, however, one all-black regiment would gain fame as a legendary combat unit. 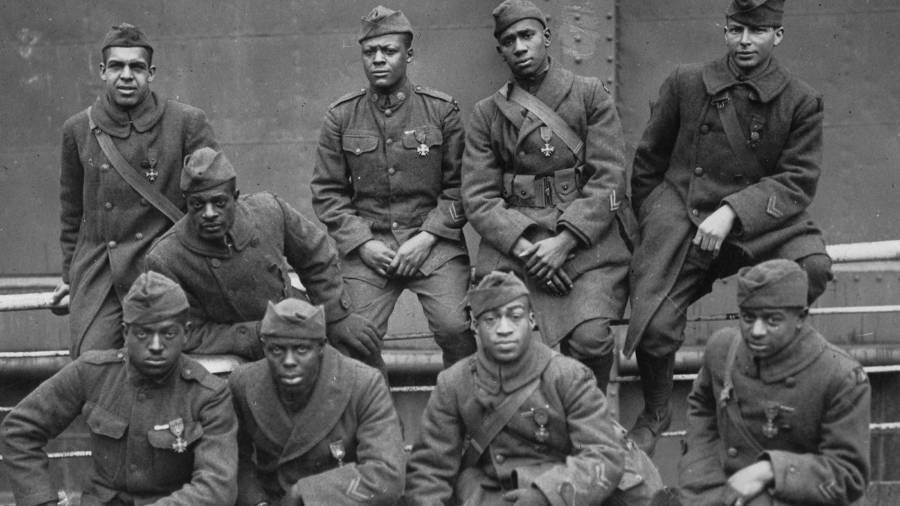 The 369th Infantry Regiment was originally stuck with the menial tasks usually assigned to black regiments. But by the time the U.S. entered the war, France was becoming desperately short on troops.

As a result, the American army lent the 369th to their ally. Worn down by years of brutal combat and lacking the same prejudice against blacks as the Americans, the French army eagerly welcomed the new troops, who soon became known as the Harlem Hellfighters since so many of the soldiers hailed from Harlem in Manhattan.

Despite their lack of training, the troops were outfitted with French weapons and helmets and straight sent to the front lines near the Argonne Forest.

One of the Hellfighters sent out into this trial-by-fire was 26-year old Private Henry Johnson, who had worked as a railroad porter prior to enlisting in the army. Johnson, who was from Albany and not Harlem, personally thought it was “crazy” to send untrained soldiers right into battle, but was more than eager to prove himself, telling his superior he would “tackle the job.”

Johnson and another Hellfighter, Needham Roberts, were on sentry duty one night when all of a sudden they heard an ominous “snippin’ and clippin'” in the darkness near the fence that the French had set up as a perimeter. Recognizing the noise as wire-cutters, Johnson lobbed a grenade in the direction of the sounds, which caused the Germans to open fire.

Roberts was soon hit by a grenade and could do little more than lie in the trench and hand ammunition to Johnson. When the Americans exhausted their supply of grenades, Johnson began to return fire with his own rifle, but accidentally jammed it when he tried to put an American cartridge in the French weapon. 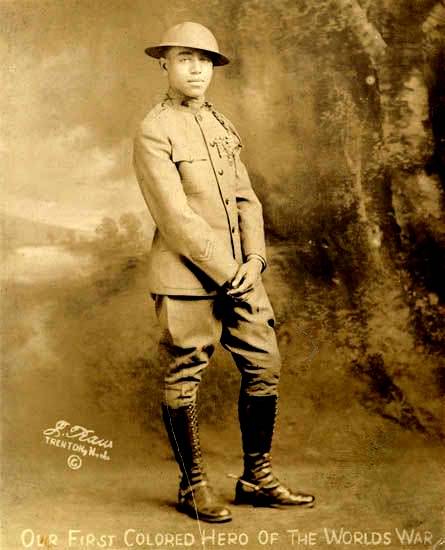 Henry Johnson refused to give up the fight just because he had run out of ammunition and was now completely surrounded by a far-superior force. The under-trained private began clubbing Germans with the butt of his rifle until it splintered. When he saw that the enemy was attempting to take Roberts prisoner, he charged them with his bolo knife and held them off until reinforcements finally arrived.

Johnson and Roberts held the Germans off on their own for an hour. They never abandoned their post and successfully prevented the Germans from breaking through the French line. Johnson had sustained over 21 wounds during the fighting.

“There wasn’t anything so fine about it, just fought for my life,” said Johnson. “A rabbit would have done that.”

The French, however, disagreed and awarded him and Roberts the Croix de Guerre – the country’s highest military honor. The two Hellfighters were the first American privates to receive the honor and the entire French force where they were stationed lined up to watch the ceremony. 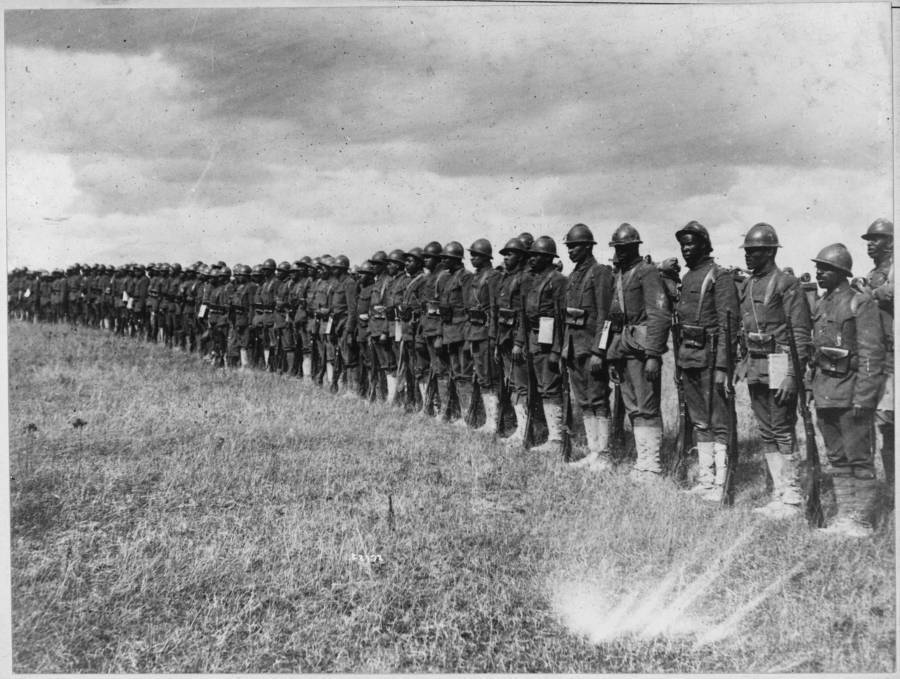 Henry Johnson And The Hellfighters Return After World War I

Back home, however, Henry Johnson’s valor was not officially recognized.

Despite being dubbed by former president Theodore Roosevelt as one of the “five bravest Americans” to serve in the entire war and having his photo plastered all over stamps and Army posters, Johnson did not even receive disability pay. When the Harlem Hellfighters returned home to New York in 1919, they had to march in a separate victory parade down Fifth Avenue, since they were not allowed to join the official parade and march next to the white soldiers.

This did not stop thousands of people from lining the streets to cheer the returning troops, in particular Henry Johnson – the “Black Death” – who led the procession in an open-top car. 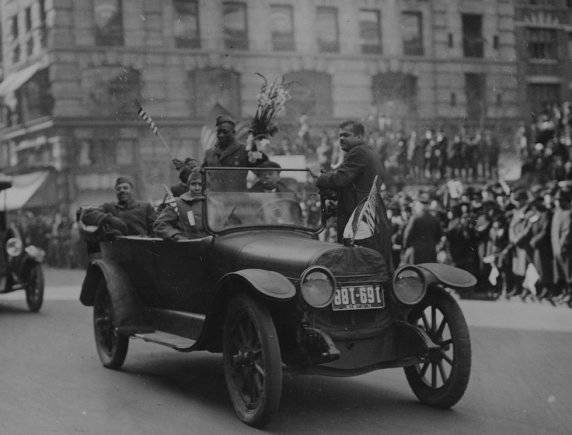 Johnson returned to his job on the railroad after being discharged, but found it hard to work because of his war wounds. He died in 1929, at the age of just 32 of natural causes and without a penny to his name.

Then President Obama honors Henry Johnson, who was posthumously awarded the Purple Heart in 1996, the Distinguished Service Cross in 2002, and a Medal of Honor in 2015.

Henry Johnson was interred at Arlington National Cemetery in a ceremony with full honors.

Henry’s son Herman (who was himself a Tuskegee airman during World War II) had led the effort to get official recognition for his father’s heroic deed during the war, and was unaware his father had been buried in Arlington. “Learning my father was buried in this place of national honor can be described in just one word: joyful,” said Herman.

Thanks to his efforts, Henry Johnson was posthumously awarded a Medal of Honor by President Barack Obama in 2015.

After learning about Henry Johnson, read more about the Harlem Hellfighters. Then, check out these 41 photos of the Harlem Renaissance.