From the Civil War to World War II, these remarkable Black heroes from American history fought for their country — even though they didn't have equal rights at home. 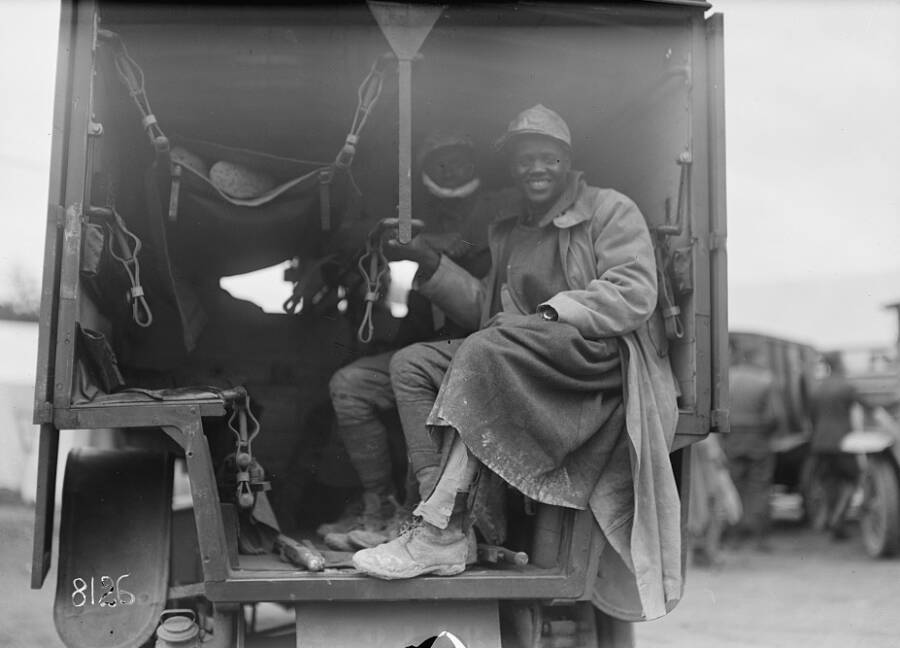 Library of CongressBlack soldiers arrive at a base camp in Auteuil, France, in 1918.

Black soldiers have been serving in the U.S. armed forces since the Revolutionary War — when both enslaved and free Black men “voluntarily” fought in the trenches alongside white soldiers. Despite their sacrifice and service to the United States, these Black heroes were marginalized and faced discrimination.

Even after the Civil War, Black soldiers were trained and stationed separately in all-Black regiments. Among these units were the Buffalo Soldiers. The Buffalo Soldiers canvassed and preserved the Western Frontier against illegal settlers and opposing forces such as the Mexicans and Indigenous Americans.

Still, even squadrons like the Buffalo Soldiers faced discrimination. This is evidenced by their deliberate placement at the fringe outposts of the country, where white rural families wouldn’t be “threatened” by Black soldiers carrying firearms.

Racial discrimination against Black troops continued even after the army was officially integrated under President Harry Truman in 1948 after the Second World War. Black soldiers were still typically placed in menial non-combat posts as cooks and cleaners and received limited training compared to their white counterparts. 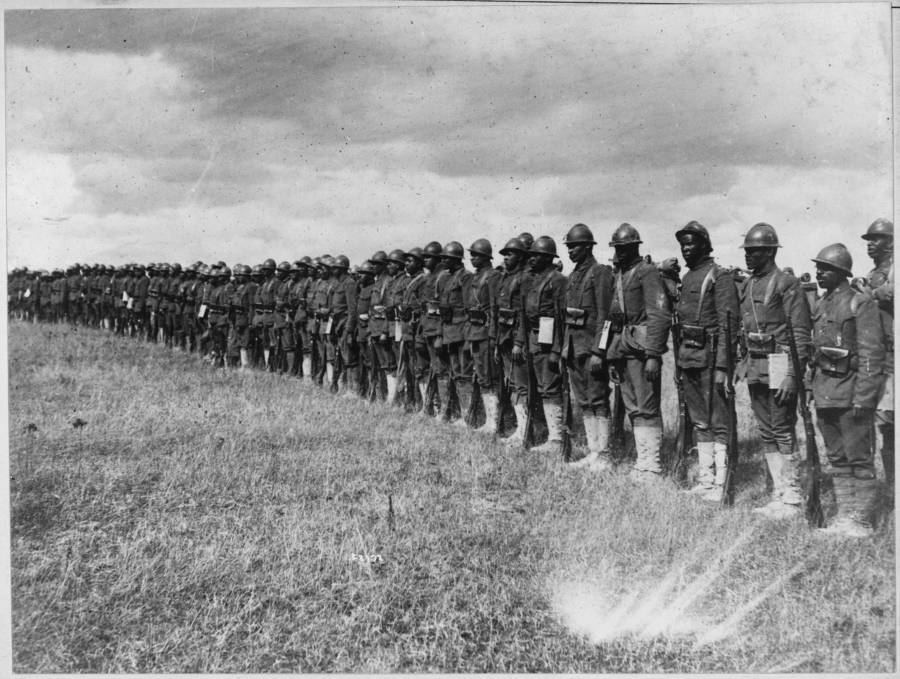 Wikimedia CommonsThe Harlem Hellfighters was the nickname of the all-Black 369th Infantry Regiment deployed to France in WWI.

Many notable African American heroes in the service successfully rose through the ranks thanks to their heroic acts in combat. But their contributions went unacknowledged by the government due to the color of their skin.

The good news is, this is changing. Campaigns by advocates and historians alike have pushed the U.S. government to award these forgotten Black heroes. Unfortunately, these honors are often bestowed posthumously upon Black military veterans.

Here, then, are stories of nine of the most notable Black heroes in American military history — nine stories of men and women who were denied their privileges and benefits as decorated service members merely because of the color of their skin. 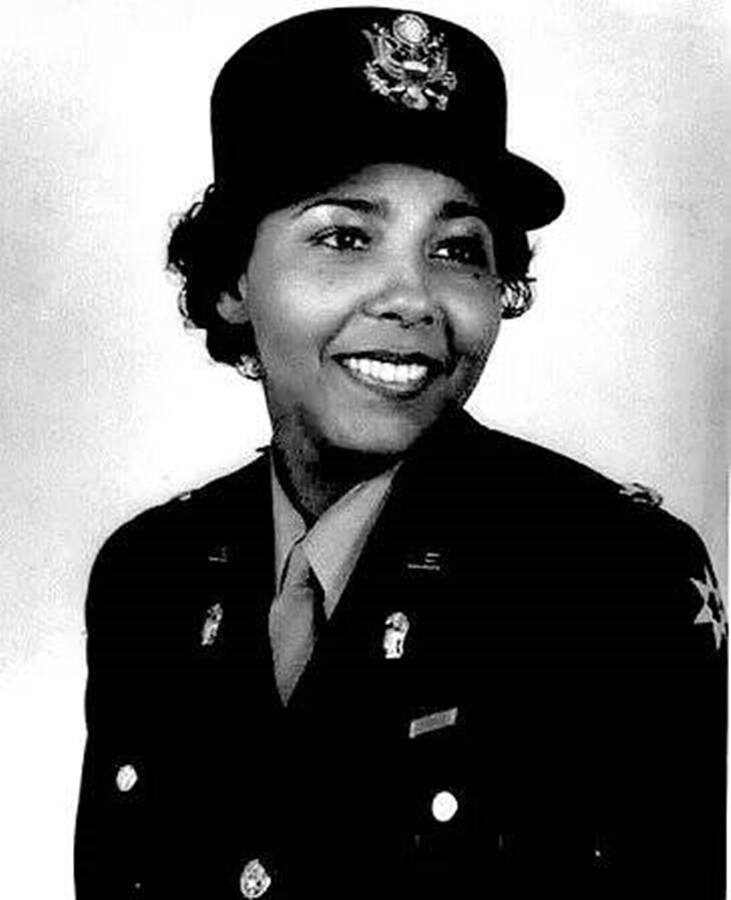 During the Jim Crow era, few employment opportunities existed for Black American women outside domestic labor. But against all odds, Charity Adams Earley became one of the most significant figures in American military history and one of the greatest Black heroes of World War II.

Charity Adams Earley was born in Kittrell, North Carolina, on Dec. 5, 1918. Her father, Eugene, was an Episcopal minister fluent in Hebrew and Greek while her mother, also named Charity, was a teacher.

She was raised in a household that prioritized education and built her confidence as a young Black girl, prompting her to become valedictorian of her graduating high school class.

She later graduated from Wilberforce University — the first private historically Black college in the U.S. — with multiple majors in physics, mathematics, and Latin, and a minor in history. She was set to pursue a career in education when the dean of women at Wilberforce recommended her for the first officer candidate class in the Army.

It was a unique opportunity, especially for a Black woman whose options were limited to either teaching or working as domestic labor during this segregated era. Earley enlisted and was inducted into the service on July 13, 1942.

“You don’t know you’re making history when it’s happening…I just wanted to do my job.”

But the segregation she found in the Army was nearly as bad as it was as a civilian. Earley faced several instances of discrimination from fellow officers and her superiors during her military career.

As one of the first Black officers at Fort Des Moines, it wasn’t uncommon for Earley to find her credentials questioned by white officers on the grounds. Yet, she persisted. By 1944, Earley was the commanding officer of the 6888th Central Postal Directory Battalion.

The unit was the first and the only battalion of Black Women Army Corps troops dispatched to Europe. As commander of the 6888th, Earley led 850 Black women to accomplish the daunting task of mail service for troops abroad.

The women had to sort and deliver months’ worth of backlogged mail for 7 million American soldiers stationed in Europe — and they were given six months to do it.

Under the smart leadership of Earley, the women of the 6888th successfully carried out their tasks in three months’ time. They moved from their post in England to France, where they sorted and delivered 65,000 letters every day, without fail. 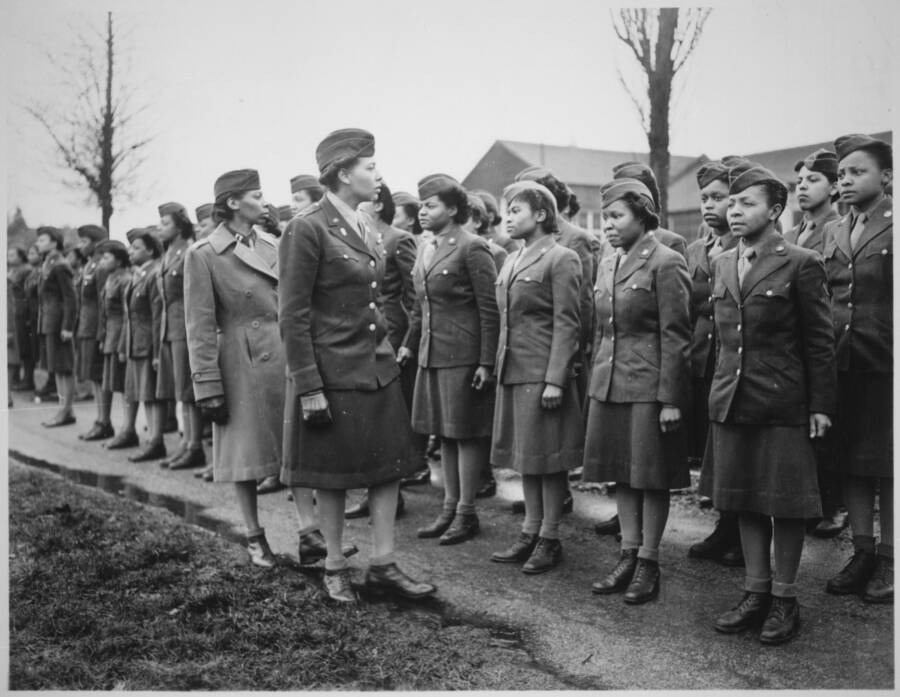 Her success as a commanding officer during the war got her promoted to the rank of lieutenant colonel, making her the highest-ranking Black woman officer in the U.S. Army.

But Charity Adams Earley left the army shortly after her promotion. She ultimately settled down with her husband and two kids in Dayton, Ohio, where she carved out a career as an educator.

She became a dean at Tennessee A&I College and Georgia State College and served on the boards of various community organizations. She also focused her efforts on mentoring Black youth by founding the Black Leadership Development Program in 1982.

Her contributions as a commanding officer during the war were largely unacknowledged until recent years when she was finally recognized by the National Women’s History Museum and the Smithsonian National Postal Museum.

She passed away on Jan. 13, 2002, leaving a significant legacy that — thankfully — has not been forgotten.