"You don't know you're making history when it's happening," said Charity Adams Earley, the trailblazing Army battalion commander. "I just wanted to do my job." 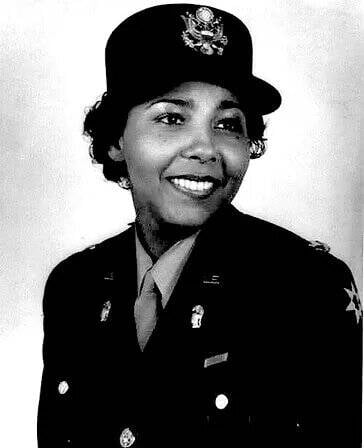 Charity Adams Earley was born in a segregated United States. This did not stop her from becoming the highest-ranked female, black officer in the army during World War II. Her mantra: “I just wanted to do my job.”

When Charity Edna Adams was born on Dec. 5, 1918 in Kittrell, North Carolina, the United States was still celebrating its recent victory in the First World War.

Despite the jubilation and the hope of the end of war forever, African Americans like Adams had dim prospects. The country was still heavily segregated, and racial discrimination was integrated into all aspects of American life.

But Adams’ parents hardly accepted the system as it stood. Her father, Eugene, was an episcopal minister who was fluent in Hebrew and Greek. Her mother, also named Charity, was a schoolteacher. 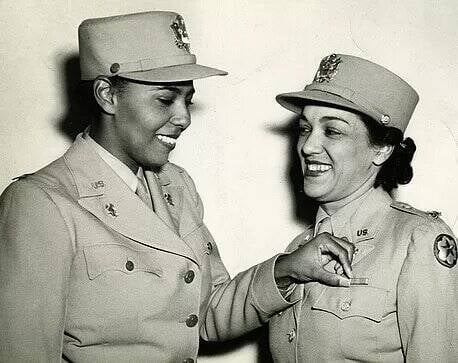 U.S. ArmyCharity Adams with a fellow member of the WAC.

In one instance, captured in Adams’s memoir, One Woman’s Army, Eugene cancelled a health insurance policy he took out for his daughter because the insurance agent refused to call her “Miss” since she was “colored.”

In another example, a vegetable vendor called Adams’ father “Uncle,” a discriminatory term for black males during the segregated Jim Crow era. To this Eugene replied, “Fine. And how is your mother, my sister?” This shut the merchant down completely. Eugene Adams would later become president of the local NAACP chapter in Columbia, South Carolina, where Adams spent most of her childhood.

Charity Adams graduated valedictorian of her high school class with perfect attendance; she was two years younger than most of her classmates, as she started elementary school as a second grader. She had access to scholarships and chose Wilberforce University, a black college in Ohio.

After graduating in 1938 with majors in physics, mathematics, and Latin, and a minor in history, she returned to South Carolina to teach while she attended graduate school at Ohio State University during the summers. 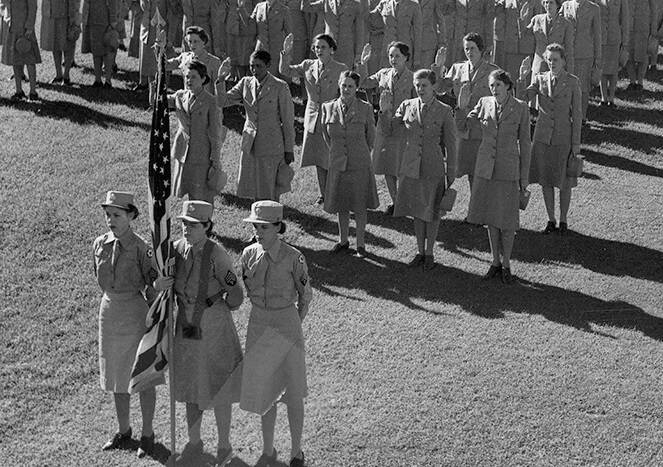 Wikimedia CommonsCharity Adams taking her oath as an officer in the U.S. Army.

In 1942, Adams received a letter stating that the dean of Wilberforce University recommended her for the first class of the Women’s Army Auxiliary Corps, later known as the Women’s Army Corps (WAC).

She decided that this was an outstanding opportunity for her with career and leadership potential. She applied that June, but when she didn’t receive an immediate response she forgot about it. She was on a bus to Ohio State to continue her graduate studies when she was summoned to the U.S. Army.

After going through the interview and application process, she joined the WAC in July, one of only 39 black women in the corps’ first training class.

Although Adams bonded with her fellow recruits – black and white — on the train to her station in Iowa’s Fort Des Moines, in her words, “the Army soon shattered whatever closeness we had felt.”

“When we left the mess hall we were marched two-by-two’s to the reception center. A young, red-haired second lieutenant said, ‘Will all the colored girls move over on this side.’ He pointed to an isolated group of seats. There was a moment of stunned silence, for even in the United States of the 40’s it did not occur to us that this could happen. The integration of our trip did not prepare us for this. What made things worse was that even after the ‘colored girls’ had been pushed to the side, all the rest of the women were called by name to join a group to be led to their quarters. Why could not the ‘colored girls’ be called by name to go to their quarters rather than be isolated by race?”

In another instance, Adams was denied a seat in a dining car because of her race. The black waiters all put down their trays and refused to work. She was seated. 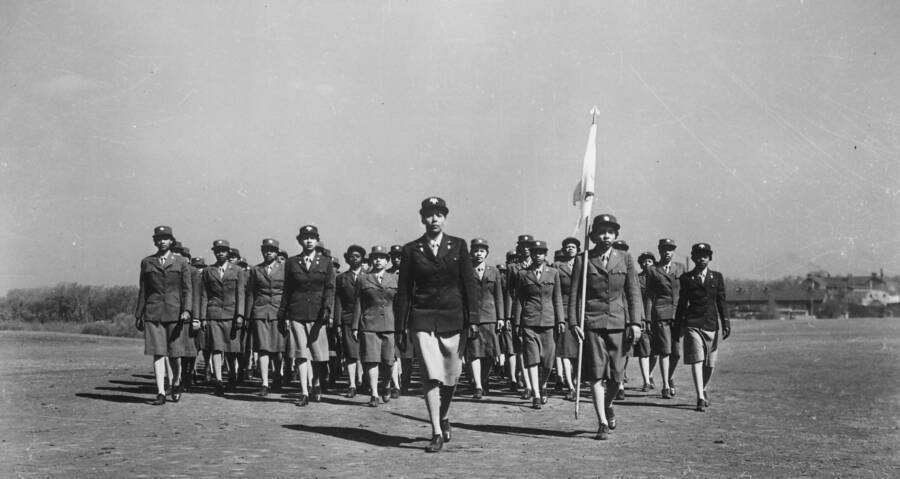 Adams also was questioned for her race by a colonel and asked to show identification by MPs who were told to check her out, not believing a black woman could be an officer (she was one of Fort Des Moines’ first black officers, and in September 1943 she was promoted to major).

Adams’ backbone was best displayed when an Army general inspected her unit. Not all of her personnel were available to line up, as many of them were working and others were sleeping. “I’m going to send a white first lieutenant down here to show you how to run this unit,” he told her, to which Adams replied, “Over my dead body, sir.”

The general threatened to court martial Adams and she countered with a charge that the general was violating an Allied directive to refrain from using segregationist language. The general backed down. 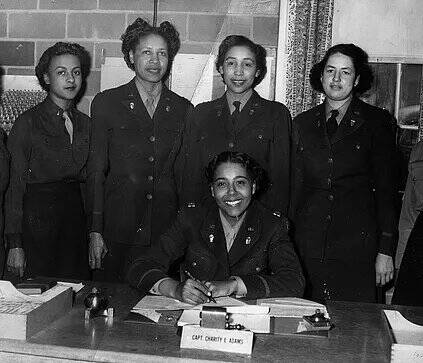 U.S. Army.Charity Adams and some of her subordinates.

At the end of 1944, Adams received her first overseas assignment as the commanding officer of the first — and only — battalion of black WAC’s to head to Europe.

Their first stop was Birmingham, England, where she worked and mingled with people of all races. She even dated a white British man several times — something that would have been unheard of in the Jim Crow South. 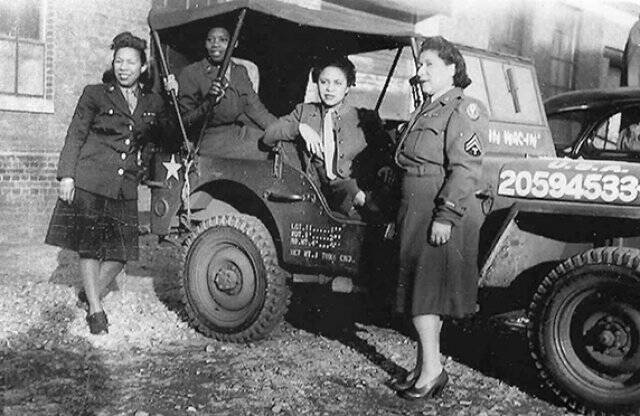 Adams commanded the 6888th Central Postal Directory Battalion, leading 850 African American female personnel in Birmingham. This unit was responsible for sorting and delivering months worth of backlogged mail for some 7 million American troops in stationed in the European theater.

The monumental importance of letters from home to soldiers’ morale cannot be understated. The assignment was also tricky since her unit was responsible for censoring mail that might have sensitive war information.

Given six months to sort the mail, Adams split her battalion into three groups, each assigned an eight-hour shift. They worked 24 hours a day, seven days a week, and accomplished their task in only three months — half the allotted time.

From England the battalion moved to Rouen and Paris, France, where they continued to sort backlogged mail — about 65,000 letters every day, by Adams’ estimation.

Not only did Adams make sure American soldiers received their morale-boosters, she looked after the morale of her own personnel as well.

When she discovered that the Army hadn’t set aside funds for beauty equipment for its female officers, she went to work. “Solving this problem,” she later wrote, “I learned that if you ask the same question of enough people enough times, you can get the necessary information.” And she got what she asked for. 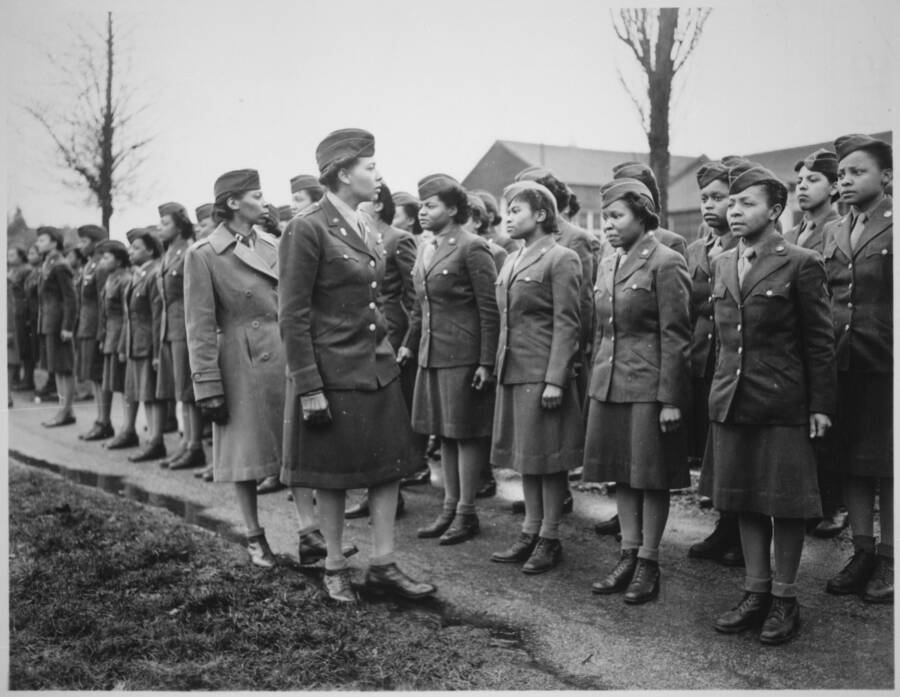 Adams stayed with the army after the war’s end, but opted to leave the service shortly after receiving a promotion to lieutenant colonel. She was the highest-ranking black female officer in the American service. The National Council of Negro Women named her Woman of the Year in 1946. 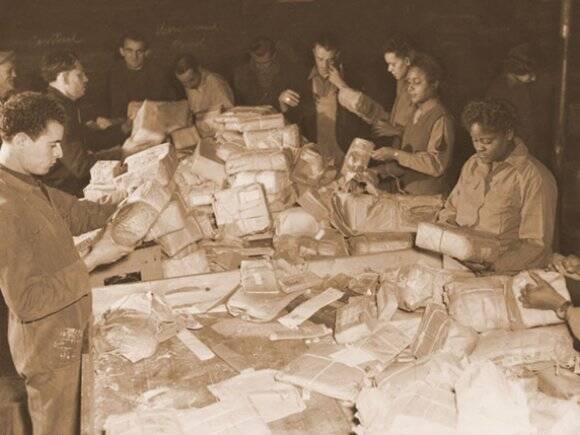 Adams returned to Ohio State and completed her masters degree in vocational psychology. She then served in academia and married Stanley A. Earley, Jr., a medical student, in 1949. The pair moved to Zurich, Switzerland for two years while he finished his studies, and they ultimately settled in Dayton, Ohio and had two children.

She became a dean at Tennessee A&I College and Georgia State College, and served on the boards of many community organizations. She founded the Black Leadership Development Program in Dayton in 1982, educating and training African Americans to be leaders in their communities.

Seventy-two-year-old Charity Adams Earley reflects on her time in the Army.

For her groundbreaking career Charity Adams Earley has been recognized by the National Women’s History Museum and the Smithsonian National Postal Museum. She passed away on Jan. 13, 2002 after 83 remarkable years.

After learning about the highest-ranking African American female officer of World War II, read about the Harlem Hellfighters, the overlooked black heroes of World War I. Then check out some of the most badass women of the Second World War.