Although he was an Irish tailor for the Redcoats, Hercules Mulligan was also a secret member of the Sons of Liberty — and the perfect Patriot spy during the American Revolution.

Hercules Mulligan was an Irish immigrant who became a prominent tailor for the Redcoats in New York City. But he was no British Loyalist.

Mulligan was an ardent supporter of the American Revolution and while he saw to the uniforms of British soldiers he covertly collected invaluable information. He would relay this intel to none other than George Washington, and legend has it that Mulligan even saved the general’s life twice. 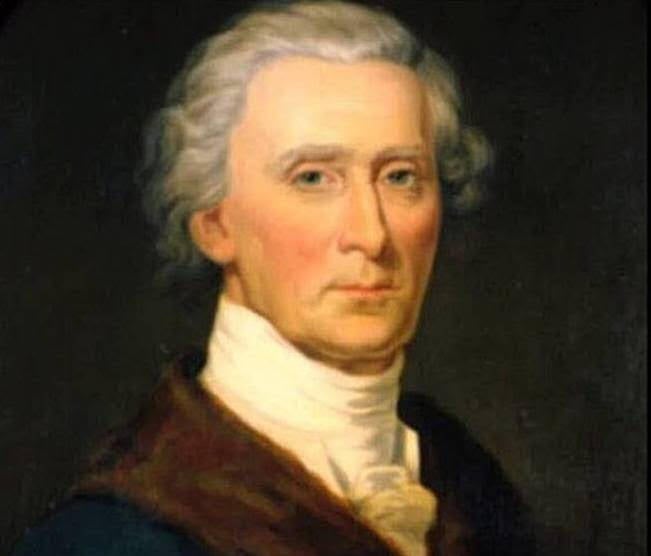 But how much of Mulligan’s epic story is true?

Hercules Mulligan was born on September 25, 1740, in Ireland. When he was about six, his family immigrated to the United States and settled in New York. Here, the Mulligans established themselves as businesspeople. Hercules’s older brother, Hugh, became a successful merchant while Hercules attended King’s College, which is now Columbia University. Afterward, Mulligan made a profitable living in the fashionable business of tailoring.

Hercules Mulligan’s tailoring business became so successful, in fact, that he attracted elite clients that included high-ranking British officers and New York socialites. His reputation flourished thanks to his amiable approach, often greeting and serving customers himself despite employing a sizable team.

His status even allowed him to wed the niece of Admiral Charles Saunders of the British Royal Navy. 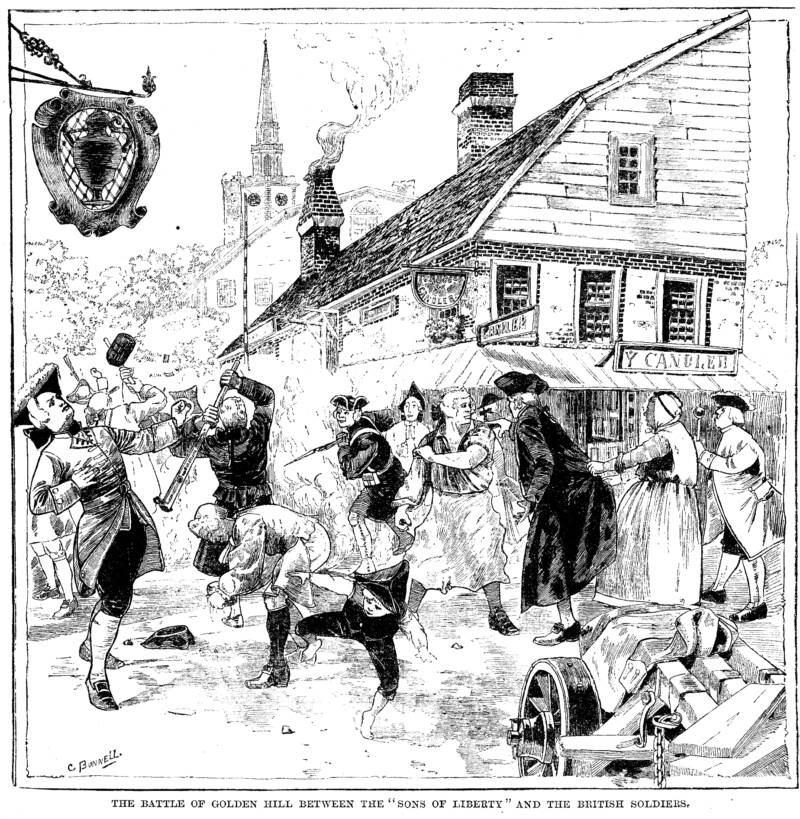 Wikimedia CommonsAn 1880 graphic commemorates the Battle of Golden Hill between the Sons of Liberty and British soldiers. Hercules Mulligan fought in this engagement.

But in spite of his European ancestry and his wife’s heritage, Mulligan was not loyal to the British Crown. Instead, his loyalties lay with American colonists.

He became one of the first members of a secret society of colonial rights advocates known as the Sons of Liberty. The little militia launched one of its earlier attacks against the British in 1770, during which Mulligan helped to mob British soldiers stationed in New York City in a violent clash remembered now as the Battle of Golden Hill.

He was also a part of the New York Committee of Correspondence and Observation, a group that opposed the British through strongly-worded letters.

It was through these underground efforts that Mulligan inspired one of America’s founding fathers.

Long before Alexander Hamilton engaged in an epic duel against Aaron Burr to end their 15-year rivalry, he forged a close — and some say “wildly romantic” — friendship with Hercules Mulligan.

Mulligan was much older than Hamilton and took the young man under his care after he first arrived in America from the West Indies to attend Mulligan’s alma mater, King’s College.

As author and biographer, Nathan Schachner wrote of Mulligan, “No other single man could possibly have had a better acquaintance with the facts of Hamilton’s entire life.” 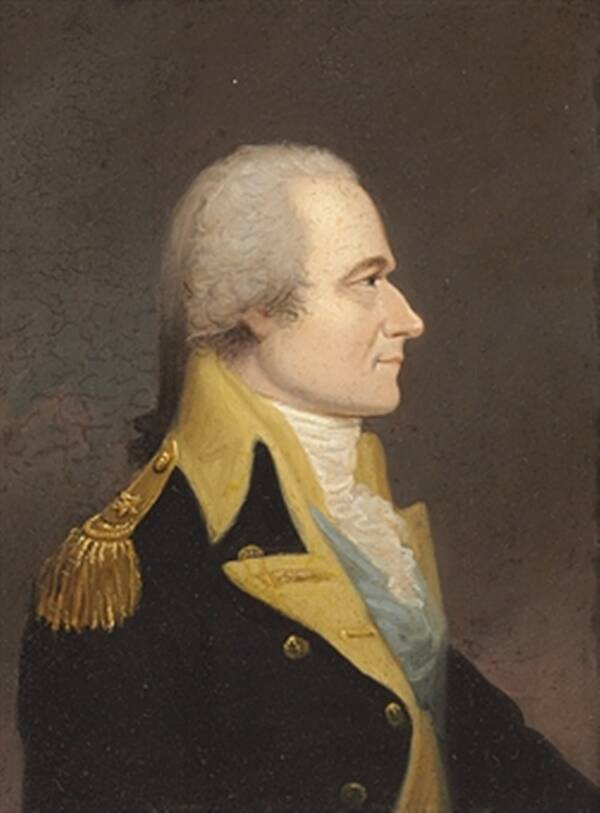 Wikimedia CommonsPortrait of Alexander Hamilton who was deeply influenced by the ideas of Hercules Mulligan.

The men were first introduced in 1772 by Mulligan’s brother Hugh, whose firm was financing young Hamilton’s education in the colonies. Hamilton lived with Mulligan while he pursued his education in New York and the two became very close.

Their bond had a significant influence on Hamilton’s ideology which up until that point was in support of the British government. At one point, Hamilton had allegedly helped the president of King’s College escape an angry mob after his British loyalties were revealed.

But as Hamilton grew closer to Mulligan, his loyalties changed. By the time he was 18, Hamilton had joined the Sons of Liberty and he wrote a compelling essay making the case for American independence that helped hasten the colonies to war. Just before the start of the Revolution, Hamilton had become an aide-de-camp to General George Washington.

Many credit Mulligan for Hamilton’s involvement in American liberation as well as his eventual rise in American politics as one of the founding fathers. 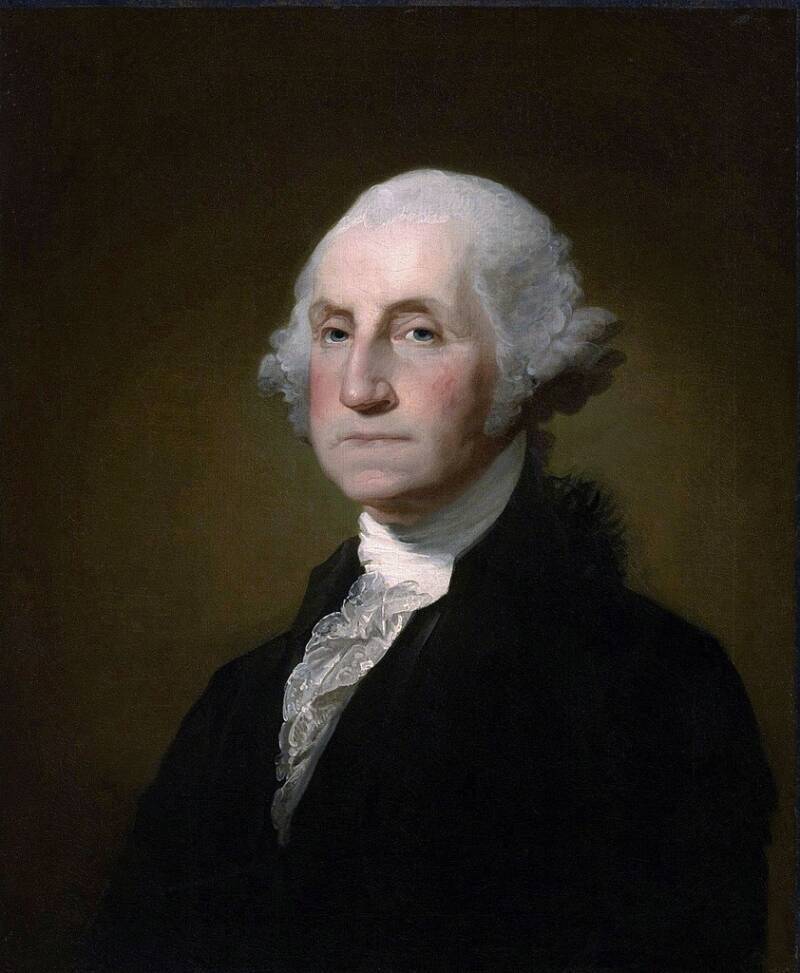 Gilbert Stuart/Clark Art InstituteHercules Mulligan sent his slave, Cato, to warn George Washington of a plot to capture him.

One of the biggest reasons why Hercules Mulligan’s reputation persists today is because he allegedly saved George Washington from certain death — twice.

Mulligan was first introduced to Washington by Hamilton, who by that time was the general’s aide-de-camp. The colonists had been looking for a spy to provide them with British intelligence, and Hamilton quickly recommended his close friend.

As the tailor for so many high-ranking British officers, Mulligan was an excellent choice. He cleverly used information he gathered from his tailoring to surmise the moves of the troops.

For example, if multiple soldiers requested the same deadline for their uniforms, then it was reasonable for Mulligan to suspect that the British would be on the move the following day. Mulligan would then send his slave, Cato, to deliver the information to Washington’s headquarters in New Jersey. 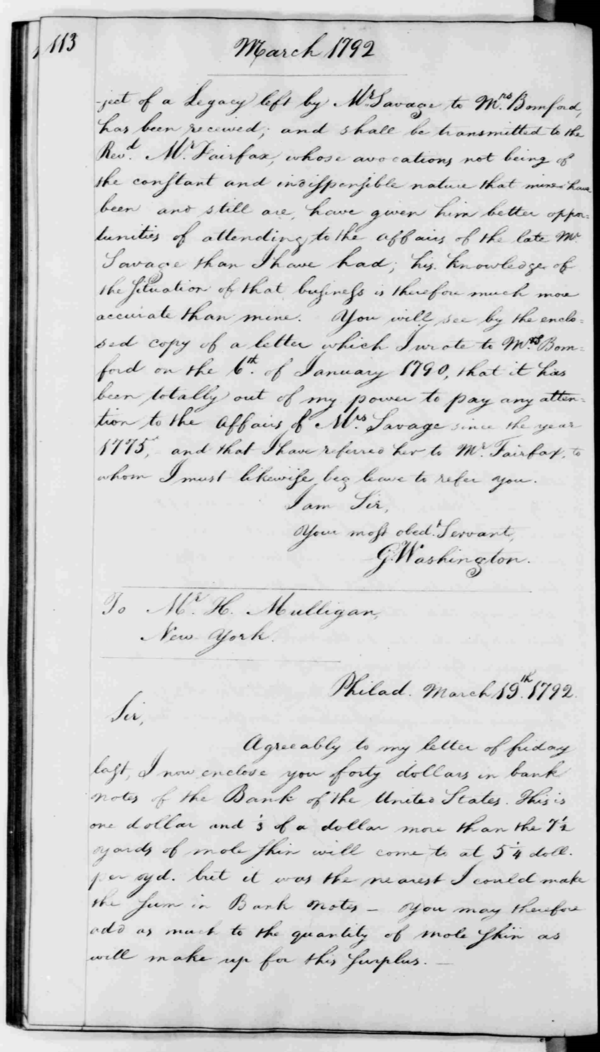 Library of CongressA letter from George Washington’s secretary, Tobias Lear, to Hercules Mulligan. After the war, Mulligan was hired to dress the president.

During one such appointment with a British soldier, Hercules Mulligan found out that the British were preparing to capture Washington at a secret meeting in which the general was expected to participate. Mulligan subsequently dispatched Cato to warn Washington of the ambush and ultimately prevent his capture.

Mulligan saved Washington again two years later when he learned that 300 British soldiers were deployed to intercept Washington on his way to Rhode Island. Thanks to Mulligan’s warning, Washington was able to evade the troops and arrived safely in New England.

But the spying did not come without a cost. Twice Mulligan was suspected by the British and once even turned over by Benedict Arnold. When Mulligan tried to leave New York, he was detained and thrown in jail where he witnessed other revolutionaries be tortured or beaten.

“I was present in the Provost when Thos Pool [Lt. Thomas Pool] was most inhumanly beat by the Provost Marshall and I have reason to believe he suffered everything he could bear without loss of life,” Mulligan wrote in 1786.

Worse than the imprisonment was the hatred of his fellow revolutionaries. Hercules Mulligan allegedly hid his colonial sympathies so well that other colonists believed he was a friend to the British.

At the end of the Revolutionary War, Washington quelled those rumors when he returned Mulligan’s support by having breakfast with him. The general continued to visit his shop in order to debunk public suspicion that Mulligan had been a British Loyalist.

The revolutionary continued to dress George Washington even after the general became president. Together with Hamilton, Mulligan became one of the 19 founding members of the New York Manumission Society, an early American organization that promoted the abolition of slavery.

He remained a successful businessman and activist until he died at the age of 85. He is buried beside Alexander Hamilton.

The Legacy Of Hercules Mulligan And His Portrayal In Hamilton

In 2015, Hercules Mulligan’s covert contributions to America’s independence were showcased in the Broadway musical Hamilton, which followed the story of the Irishman’s close confidante Alexander Hamilton. Mulligan was portrayed by actor Okieriete Onaodowan in the show’s original cast.

Hercules Mulligan first takes the stage during the song “Aaron Burr, Sir” in which Mulligan, along with the Marquis de Lafayette and John Laurens, question Burr’s intentions during a meeting of the revolutionaries in a bar. But while the Marquis de Lafayette, John Laurens, and Hercules Mulligan were all close with Hamilton in their own ways, it is unclear whether they all knew each other. 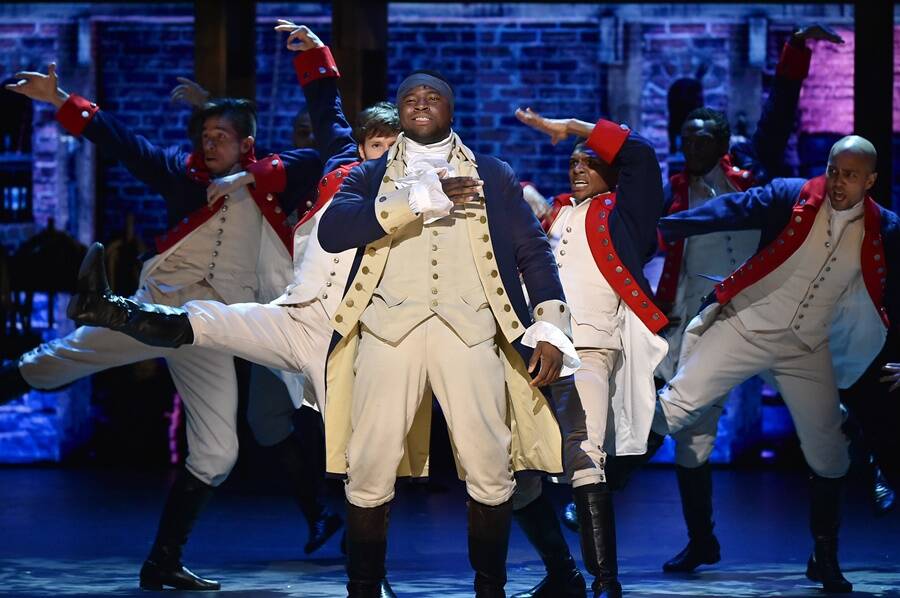 While Mulligans’ storyline in the show was relatively close to his real-life story, the musical — which was criticized by historians for its inaccurate depiction of Hamilton as a pro-immigrant politician — also fails to portray the depth of the bond between Mulligan and Hamilton.

The musical is set to premiere as a feature film in July 2020, and it will bring Hercules Mulligan’s little-known yet significant role in the American Revolution to an even wider audience.

After this look at the life of covert revolutionary Hercules Mulligan, read about the Jefferson Bible, a tome written by Thomas Jefferson about his thoughts on Christianity. Then, learn the story of Maria Reynolds, the married woman who had a highly-publicized affair with Alexander Hamilton in what many consider to be America’s first political sex scandal.