20 Haunting Photos Of Kryžių Kalnas, The Mysterious Hill Of Crosses In Lithuania

Lithuania's Kryziu Kalnas Hill of Crosses is one of Earth's most unique symbols of faith and sacrifice. 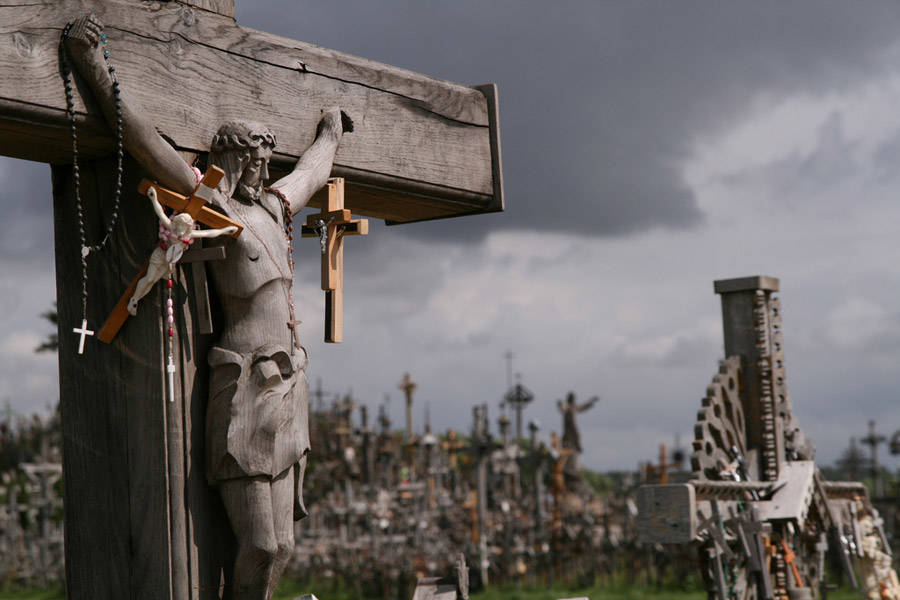 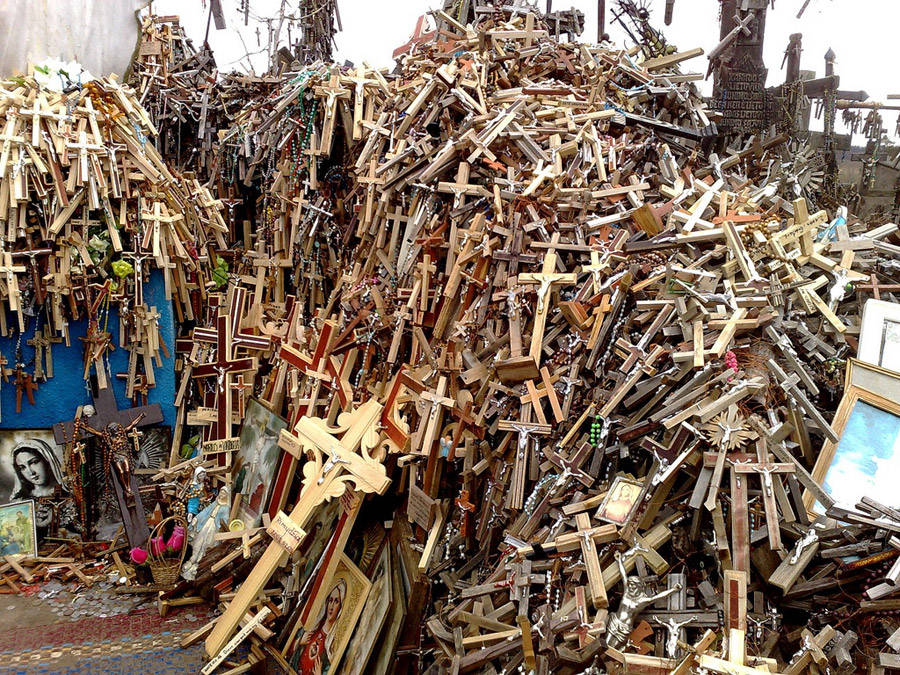 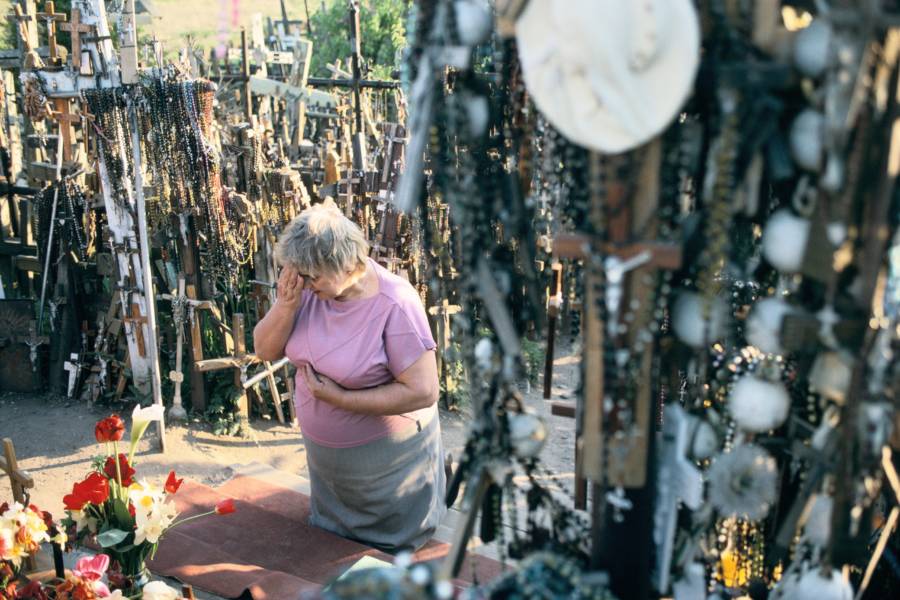 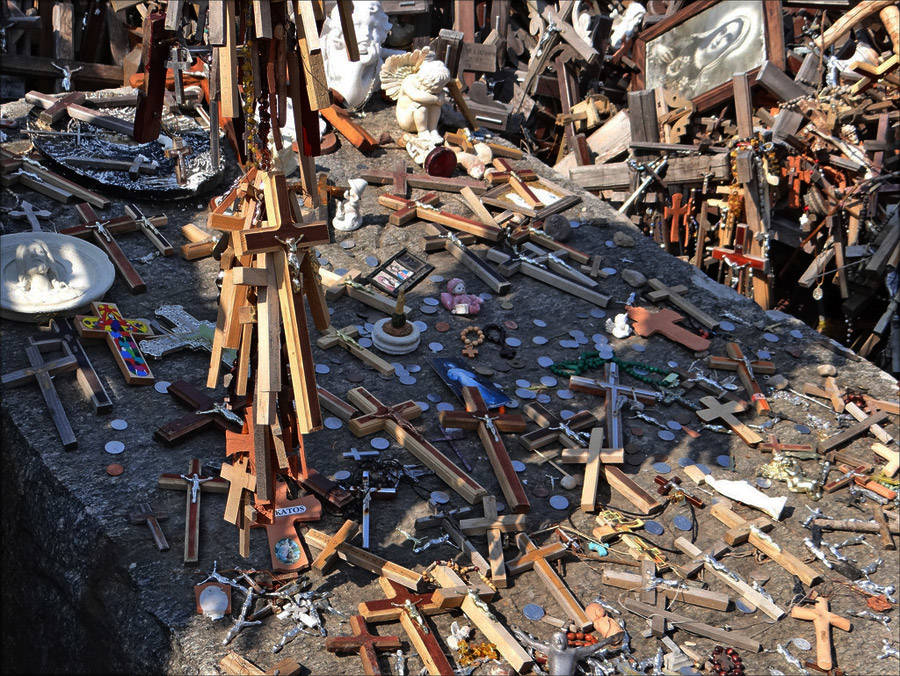 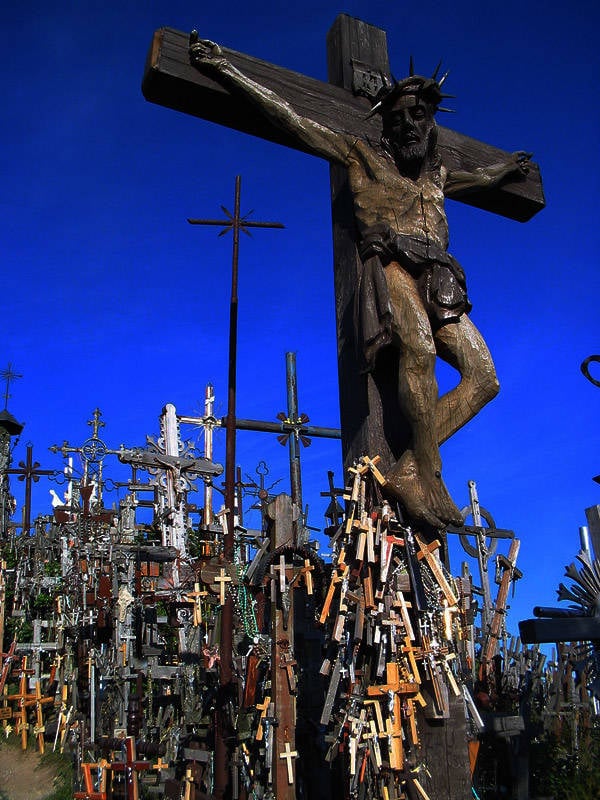 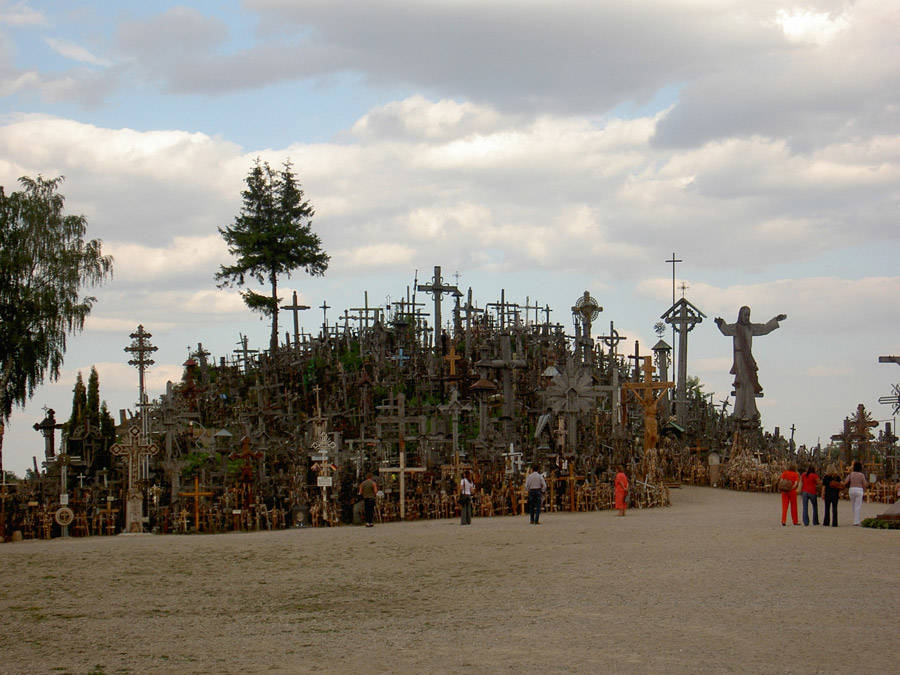 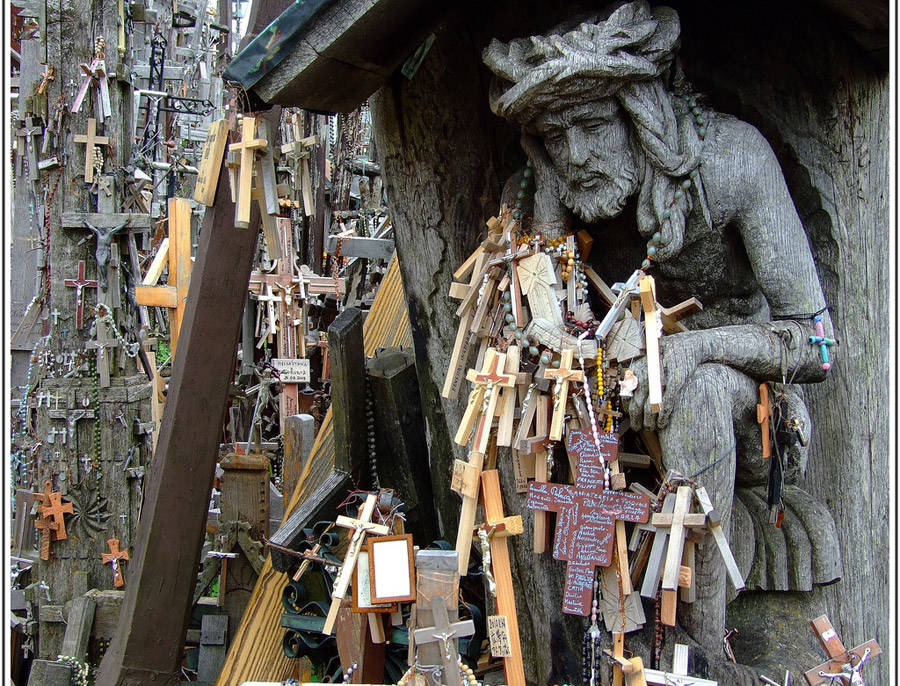 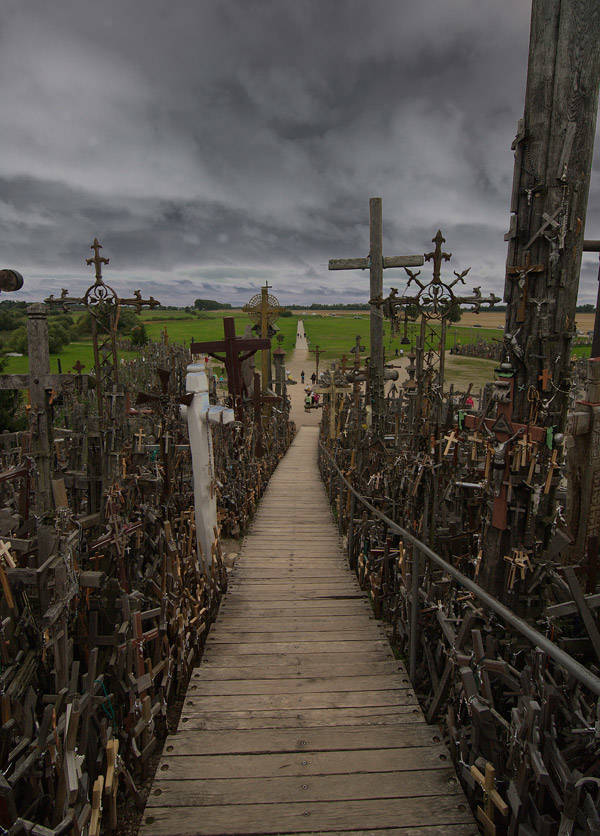 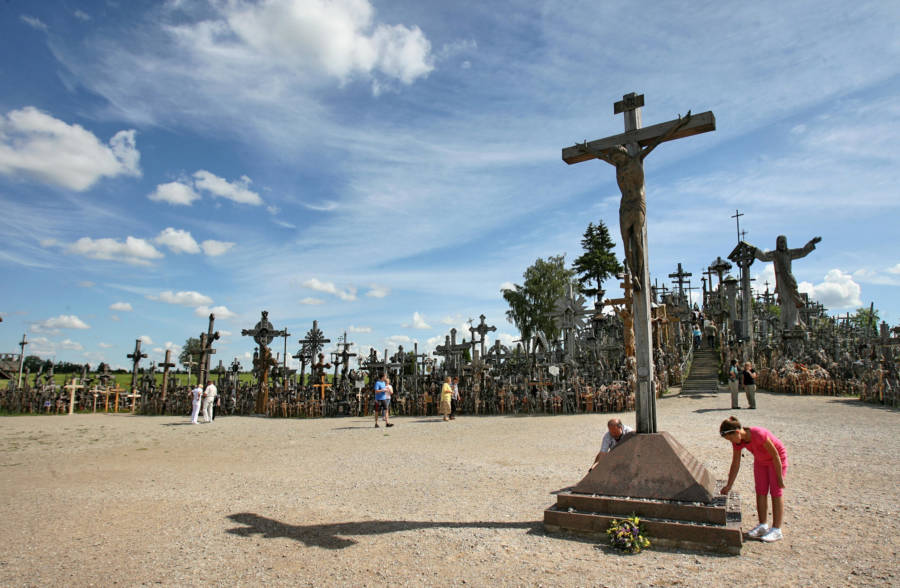 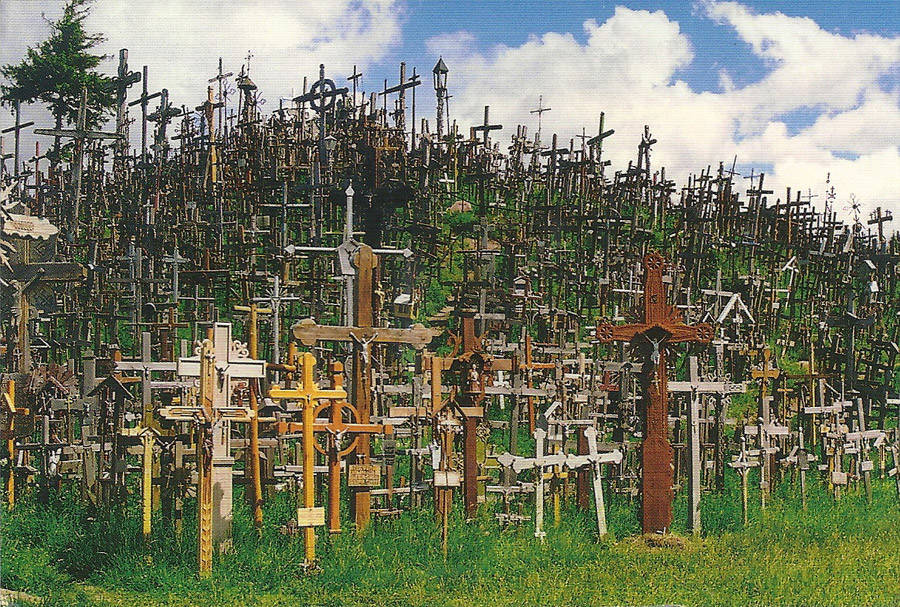 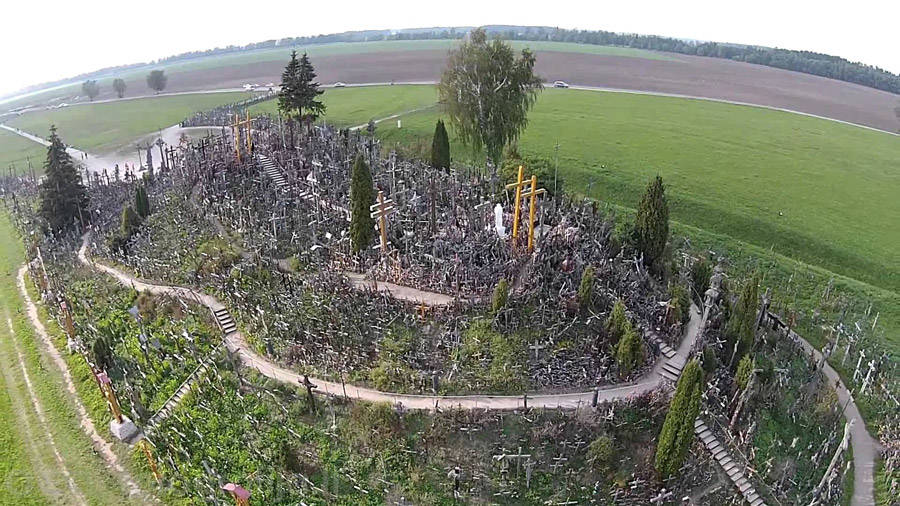 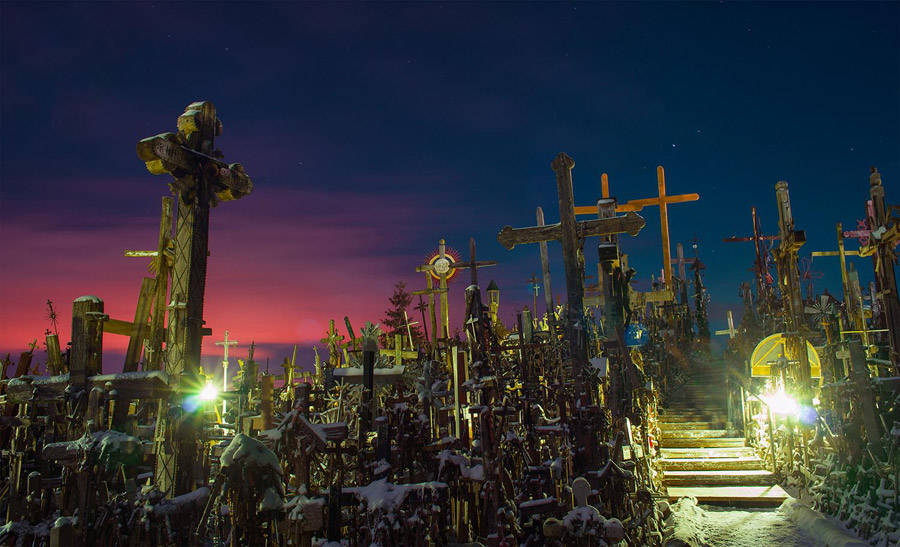 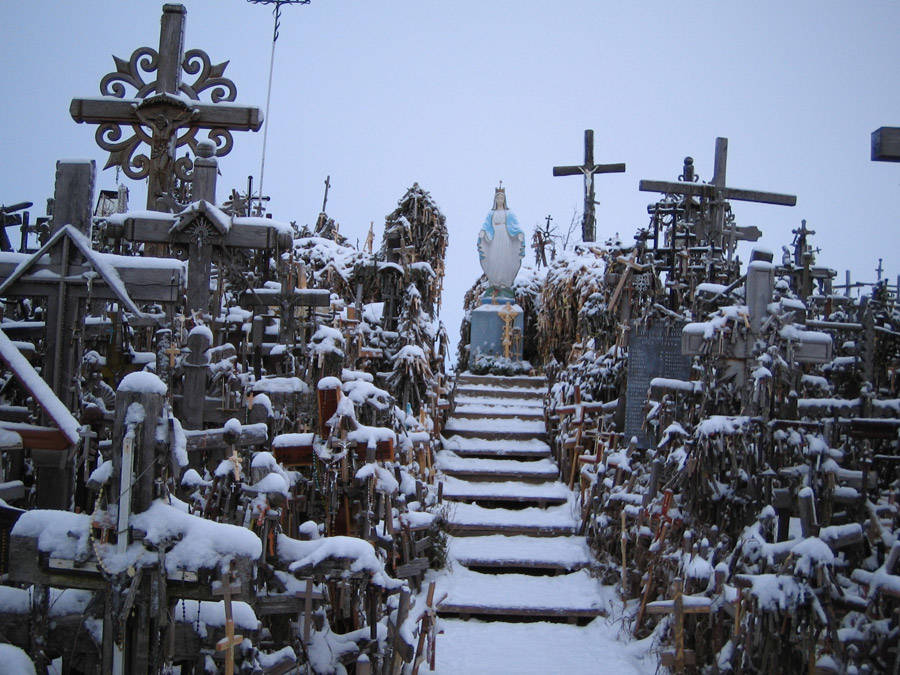 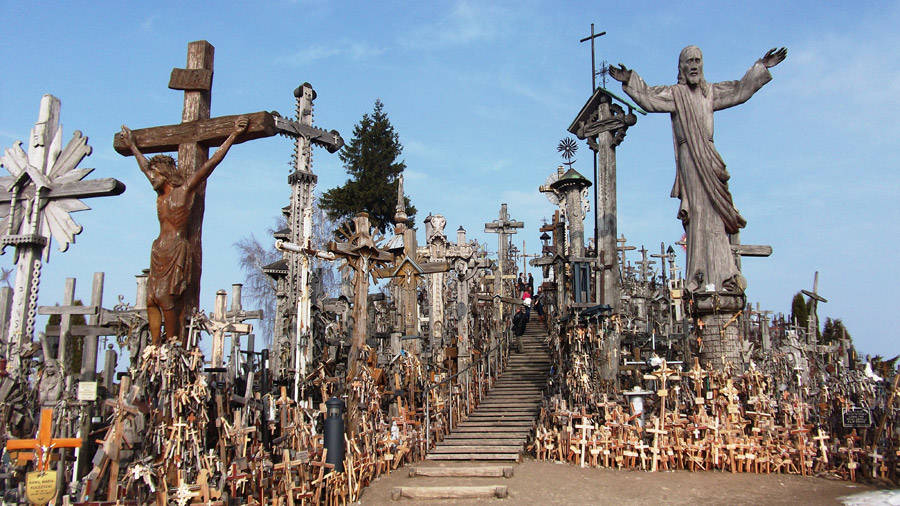 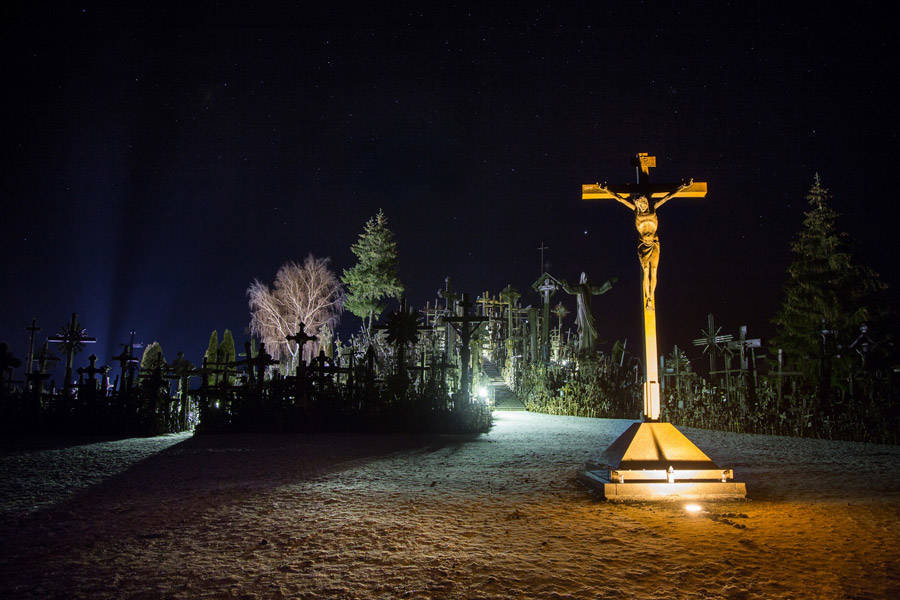 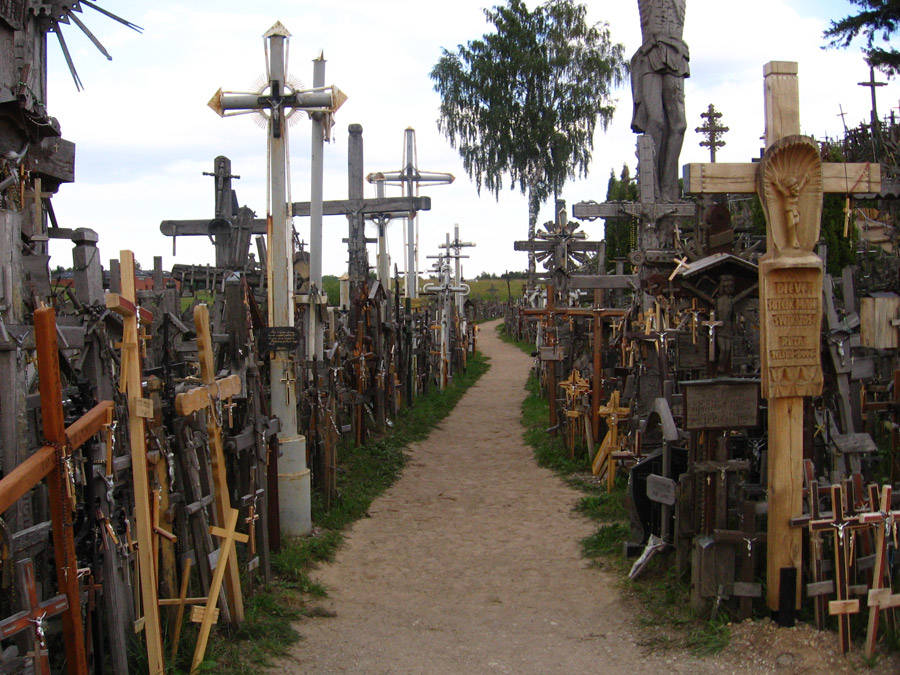 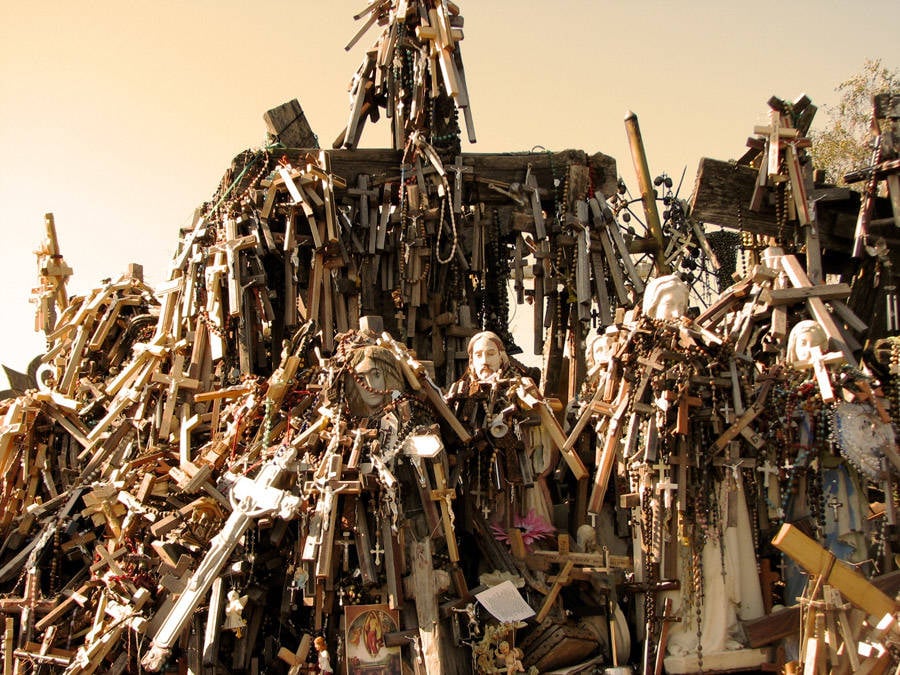 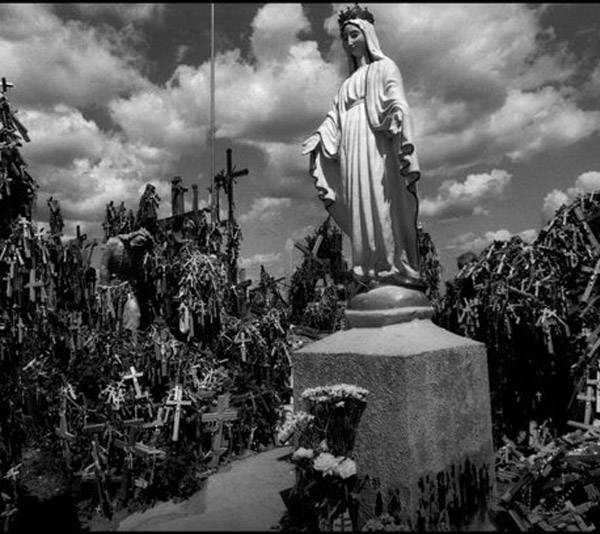 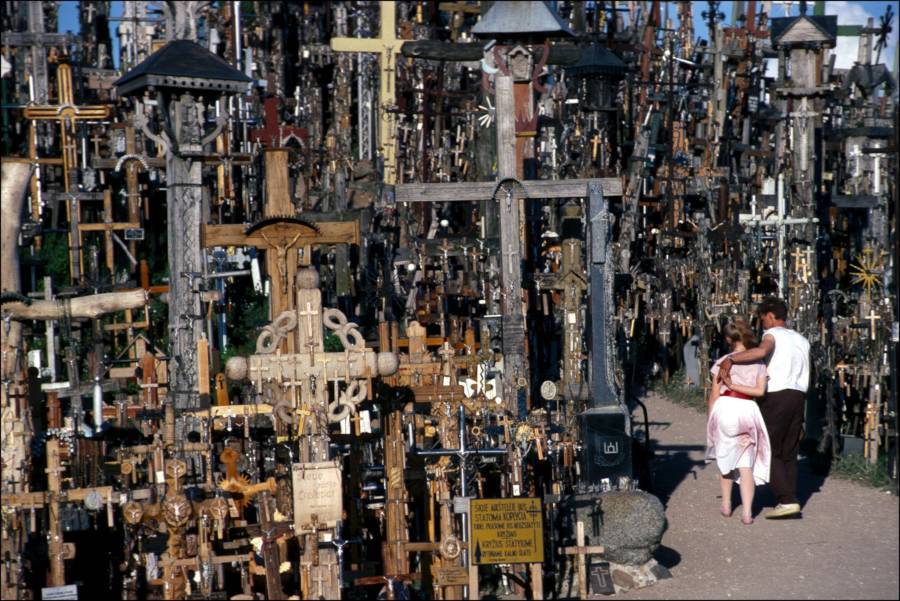 1 of 21
Lithuania's Kryžių Kalnas (Hill of Crosses) has been a mecca for the country's Catholics for more than 100 years.Steven Hannek/Flickr
2 of 21
For decades, the crosses have served as a reminder of persecution during which half of the Lutheran clergy in Lithuania was executed under Communist rule in the 20th century. Replikatorius/Flickr
3 of 21
A woman prays after making the pilgrimage to Kryziu Kalnas. Chip HIRES/Gamma-Rapho via Getty Images
4 of 21
Crosses have begun appearing in the flatter areas around the now very crowded hill itself.Wikimedia Commons
5 of 21
Those who don't have a cross to bring to the hill will often leave other tokens to remember those who have perished. Jeanpierre/Flickr
6 of 21
The hill is littered with not only crosses, but statues of Jesus and the Virgin Mary.Thomas Stegh/Wikimedia Commons
7 of 21
Less than a mile from the Hill of Crosses resides a Franciscan monastery.Dezidor/Wikimedia Commons
8 of 21
Many of the smaller crosses on the hill represent babies and children who have died. Ublaslg/Flickr
9 of 21
The first crosses began to appear on the hill following Lithuanian uprisings against Russian authorities in 1831.Valery/Flickr
10 of 21
The Hill of Crosses lies about 16 kilometers outside the city of Šiauliai that was once a fort where Lithuanian pagans held out against German knights-cum-missionaries.PETRAS MALUKAS/AFP/Getty Images
11 of 21
The number of crosses on the hill crossed the 100,000 threshold in 2006. Alassandra/Flickr
12 of 21
This drone photo shows the hill's 60-meter long and 40-50-meter wide size from an aerial view. Fotografija/YouTube
13 of 21
While under communist rule, the crosses were regularly torn down and destroyed by authorities who attempted to discourage the practice.RaquelQ/Flickr
14 of 21
The hill was considered a place of "peaceful resistance" during Lithuania's years in the Soviet Union.Wikimedia Commons
15 of 21
The hill is now under no particular jurisdiction, so people are free to place crosses as they wish. Italas/Wikimedia Commons
16 of 21
The crosses were first counted in 1900, totaling 130, but that number swelled considerably in the decades following. Wikimedia Commons
17 of 21
In 1961, the Soviet government demolished more than 5,000 crosses. Dezidor/Wikimedia Commons
18 of 21
The Hill of Crosses was declared a place of peace, hope, love and sacrifice by Pope John Paul II on September 7, 1993. DarellH/Flickr
19 of 21
A statue of the Virgin Mary looks down upon the sea of metal and wooden crosses. Jorge Dardon/Flickr
20 of 21
A couple makes their way into the sea of wooden, stone, and metal crosses.Chip HIRES/Gamma-Rapho via Getty Images
21 of 21 In the Lithuanian countryside sits a hill covered in more than 100,000 crosses placed there by those who have lost loved ones. Kryžių Kalnas, translated as "Hill of Crosses," has become somewhat of a holy mecca for the country's Lutherans and Catholics who make the pilgrimage to bring new crosses to the hill.

While it no doubt attracts its share of visitors who come to marvel and photograph the Hill of Crosses, Kryžių Kalnas stands as a testament of faith and sacrifice for many Lithuanians.

Situated just 16 kilometers outside of the northern city of Šiauliai, the hill's first crosses began to appear all the way back in the 1830s. The Tsarist autocracy that controlled Lithuania at the time had strict orders for how relatives could honor their dead. And the first crosses were placed on the hill to honor those who had lost their lives rebelling against the Russians in 1831, many believe. More soon followed after the rebellion of 1863.

At the beginning of the 20th century, the number of the crosses on the hill began to significantly grow, particularly following World War I. By the time the Soviet Union had entered World War II, the number of crosses at Kryžių Kalnas had swelled to more than 400.

In the decades following, the Soviet government would come to view the hill as a nuisance and even a hostile symbol. It would repeatedly be bulldozed with the crosses broken up for firewood or sent to scrap metal yards. During Lithuania's occupation by the Soviet Union, the Hill of Crosses began to represent a place of peaceful resistance and while it would at times be guarded by the KGB, crosses would continue to appear overnight.

Kryžių Kalnas came to represent a place of significant meaning for all Catholics after the fall of the Soviet Union when Pope John Paul II visited the hill in 1993. While taking in the sight, the Pontiff declared the Hill of Crosses a place of "hope, peace, love and sacrifice."

It continues to draw thousands of visitors each year who bring new crosses to the sacred place and remember the sacrifice of the Christ and loved ones long gone.

After learning about Kryžių Kalnas, the Hill of Crosses, discover Semana Santa, the Christian celebration whose trappings look bizarre and scary to most outsiders at first.