See the haunting photos and hear the daring tale of the miraculous prisoner escape through the newly uncovered tunnel at Ponar, Lithuania. 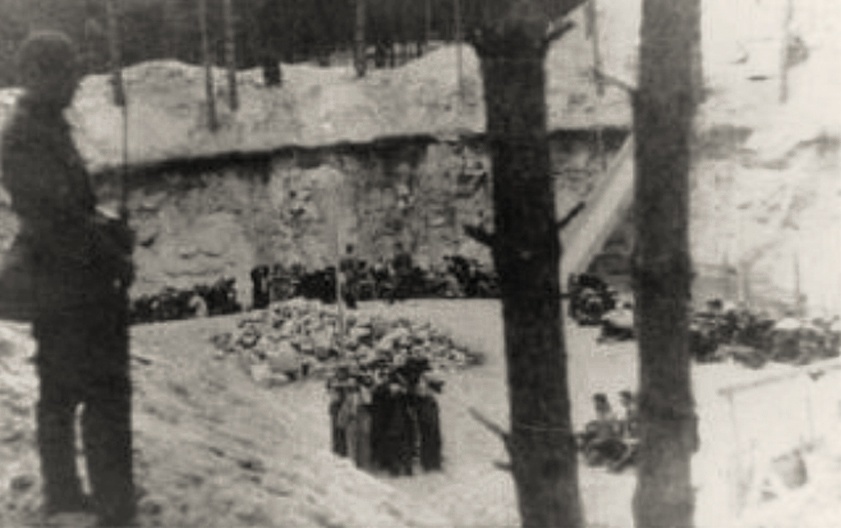 Wikimedia CommonsA Nazi guard looks down upon prisoners gathered in the Ponar extermination pit near Vilnius, Lithuania in July 1941.

After 70 years, researchers near Vilnius, Lithuania have finally discovered a long fabled tunnel that Jewish prisoners used to escape the Nazis’ Ponar extermination site during the Holocaust.

The tunnel was the work of the “Burning Brigade,” a group of 80 prisoners who were brought to the Ponar extermination site in early 1944 to burn the bodies of massacred Jews before evidence was uncovered by approaching Soviet forces.

Estimates state that approximately 100,000 prisoners were executed at Ponar between July 1941 and July 1944 — and the Burning Brigade knew that if they didn’t escape, they’d become the final part of that tally.

For 76 days, they dug with spoons and hands. Ultimately, on April 14, 1944, the last night of Passover, they completed the tunnel, 100 feet long while merely 27 inches wide and 25 inches high — “just about the size for an emaciated human being to slide through,” said Richard Freund, a University of Hartford professor who helped lead the Ponar expedition.

Once they made their escape, however, German soldiers spotted them. In the end, only 11 made it out alive. 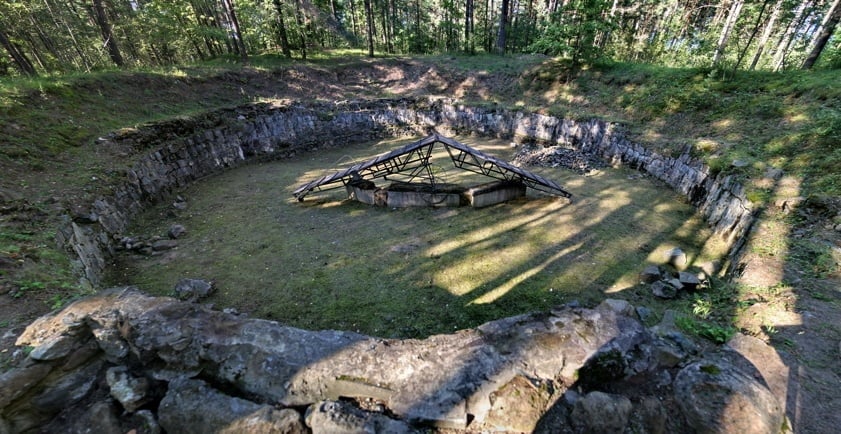 The following year, those survivors testified in front of the Soviet government. But, ever since, their testimony had been the only record of this miraculous episode — until now.

Researchers, unable to dig at the site for fear of disturbing the remains buried there, have finally uncovered the tunnel using electrical resistivity tomography (ERT) and ground penetrating radar (GPR). ERT produces a map of what’s below the surface by sending a current into the ground and measuring the electrical resistance it faces. GPR does the same using radio waves.

Looking forward, Freund believes that with more and more survivors dying of old age, technology like this will allow more stories like that of the Ponar tunnel to be uncovered. In his words, “Science is the new frontier for studying the Holocaust.”

Next, read the heroic tale of Gisella Perl, the life-saving “Angel of Auschwitz.” Then, discover the story of Ilse Koch, “The Bitch of Buchenwald” and one of the Holocaust’s biggest monsters.