The Gruesome Tale Of The Unsolved Hinterkaifeck Murders

Though more than 100 suspects were interviewed, as recently as 1986, an official suspect has never been named in the Hinterkaifeck Murders. 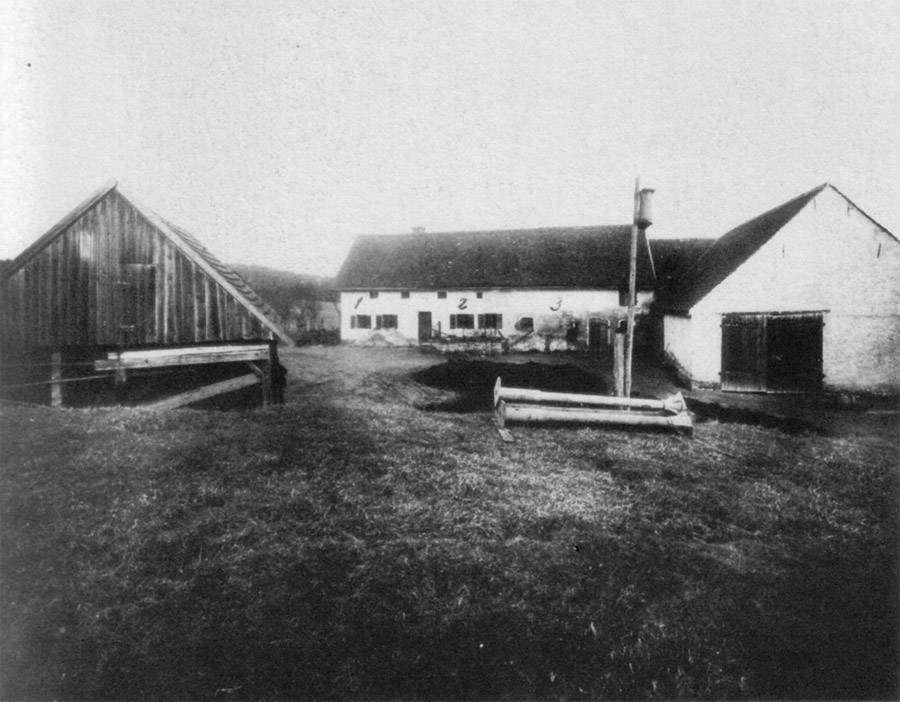 About a week before March 31, 1922, farmer Andreas Gruber noticed something strange on his farmstead, known locally as Hinterkaifeck. Outside the home, he found footsteps leading from the woods behind the farm pointing toward home, but none leading away from it.

Gruber never reported the footsteps to the police as the small German farm, located about 43 miles north of Munich, was a relatively quiet and safe place.

If he had, the Grubers might have avoided the gruesome and mysterious crime that befell them.

On March 31, an unknown person, potentially persons, lured each of the six members of the Gruber family to their deaths. Andreas, his wife Cazilia, their adult daughter Viktoria, their granddaughter Cazilia were all lured to the barn and slaughtered inside with a pickaxe. The family maid, Maria, and their baby grandson Josef were murdered in the home in their bedchambers.

YouTubeThe scene inside the house.

Almost a week later on April 4, neighbors, along with several townspeople, stopped by to check on the Hinterkaifeck farm. Young Cazilia had not turned up for school for two days in a row, and the mailman had noticed the mail beginning to pile up in the post box. They immediately called the police, who began an investigation into finding the murderer.

They were unsuccessful. Through the years, Munich police interviewed more than 100 suspects, as recently as 1986, to no avail. To this day, the murders remain unsolved.

Though the scene was grisly, there was a minor consolation. It appeared at first that most of the victims had died instantly from their wounds, but a later investigation would reveal that young Cazilia had survived for hours afterward and likely died from shock.

She was found missing clumps of hair, which investigators believed she had pulled out herself.

Though they never found a culprit, the police interviews and investigations the police were able to come up with clues and other answers.

YouTubeThe murder scene in the barn.

A few days before the murders, around the time that Andreas had noticed the footprints, neighbors recall him complaining of hearing footsteps in the attic, as well as missing keys to the toolshed, where the murder weapon had been kept. He had also told them he had found a newspaper in his home that he hadn’t purchased.

The investigation also revealed that the maid who had preceded Maria had quit six months before the murders, because she was hearing voices and believed the house was haunted.

Police later decided that the voices, the newspaper, and the footprints could only mean that the murderer had actually been living in the home with the Grubers for more than six months before killing them. Suspects were interviewed in the town, such as a man who claimed to be the father of widowed Viktoria’s son, Josef, though everyone was ultimately cleared. 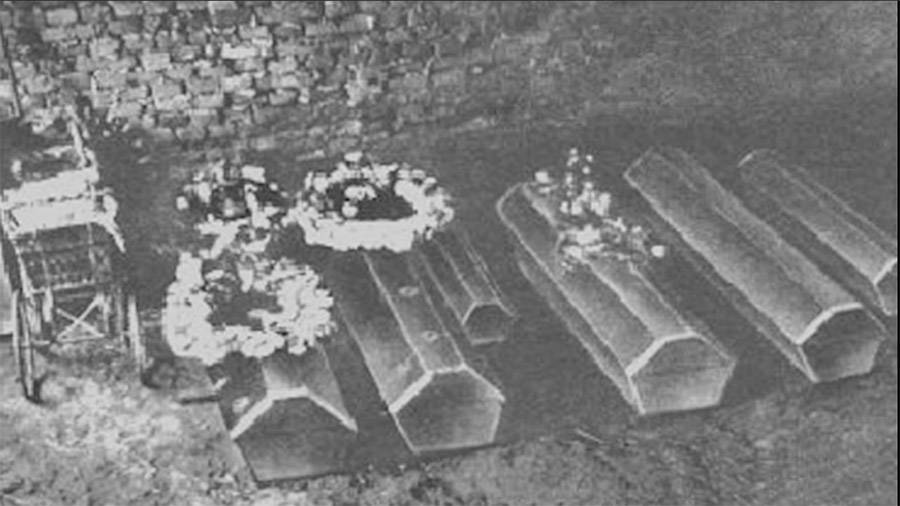 YouTubeThe coffins of the Gruber family.

After the investigation had been closed, the bodies of the Grubers were sent for autopsies. Their heads were removed and sent to clairvoyants in Munich to unearth metaphysical clues. The clairvoyants were unsuccessful, and to make matters worse, lost the heads during the turmoil caused by World War II.

The bodies of the Hinterkaifeck murders were eventually buried — headless — in a cemetery in a nearby town. The farmstead was ultimately destroyed after all evidence could be taken from it. Though theories still float around about who the murderer actually was, any investigations done recently have been kept a secret out of respect for the still-living descendants.

As far as the public is concerned, the Hinterkaifeck murders remain unsolved.

Enjoy this article on the Hinterkaifeck murders? Next, read about more unsolved murders, like the unsolved Redhead Murders, and the Tylenol Murders.