The History Of Condoms — From Sheep Intestines To Latex

Condom history dates back to cave times, and while latex remains the standard for today's condoms, in the past, people went to extreme lengths to practice safe sex. 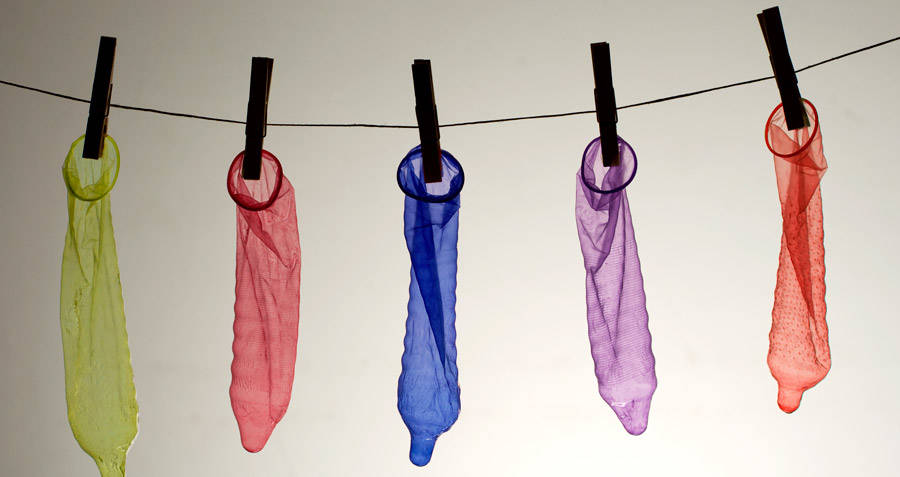 When you think about it, it’s pretty silly that so many people still feel awkward about buying condoms — considering the fact that they’ve been around for over 13,000 years. That’s right; the history of condoms goes way back. Guys have been putting their penises in strange things to avoid pregnancy and disease for centuries

The condoms of long ago, of course, were far less effective and comfortable than that glow-in-the-dark latex bad boy buried in your wallet. In fact, men went through a long process of trying out all sorts of strange things as condoms before reaching the condom’s current model.

No matter the civilization, people have been adhering to the old adage of “no glove, no love” for quite some time now. So let’s journey back to the jimmy hat’s earliest days and work our way up to the present on this amazing contraceptive that has saved countless people from ending up with an unexpected bundle of joy nine months after a night of passion.

Condom History: The Birth Of The Contraception 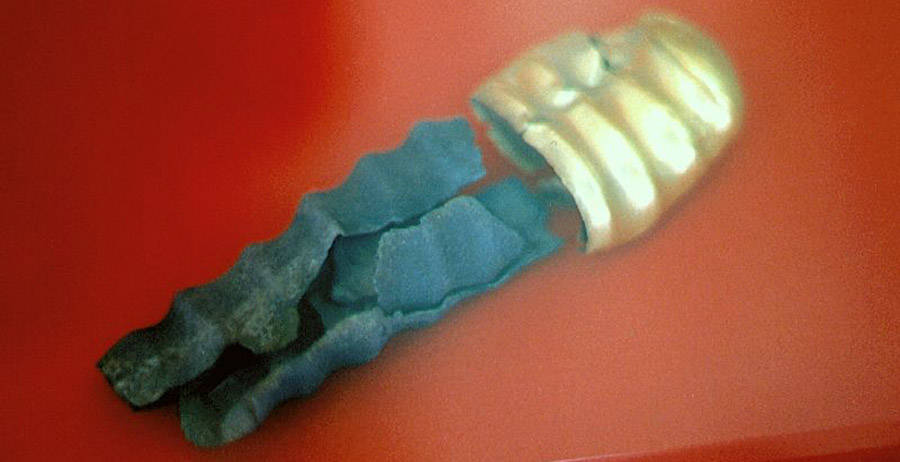 Wikimedia CommonsA rare Glan condom from Asia Minor created during the Bronze age and made of silver and gold.

Go into a nightclub bathroom, and you might find a condom machine on the wall, offering up rubbers to guys who think they have a chance at getting lucky that night. Well, it turns out the condom history stretches back to 11,000 B.C. in France. The first known depiction of people using a condom was found in a French cave drawing.

The crude drawing depicted a man engaged in a sexual act with what historians believe included him wearing some sort of animal skin for protection. Granted, there wasn’t a lot of condom choice back then, so guys had to work with whatever was lying around in the cave.

Fast forward a few thousand years in condom history, and the contraceptive pops up in both Egyptian hieroglyphics and Greek mythology. Egyptians wore loincloths to protect their privates from both exposures to the sun and injury, with some historians speculating that men would wrap their penises in the thin sheets of linen to protect from insect bites during sex.

One of the earliest references to the condom in ancient Greece centers around King Minos of Crete. Greek mythology tells of Minos having “serpents and scorpions” in his semen and using some sort of contraceptive to protect his wife from what would surely result in some bad sex. As to what this condom would have been, it’s likely to have been a goat’s bladder.

It was around this time that the Japanese and Chinese were getting down with their own version of the condom, though it varied somewhat in material from previous incarnations.

Known as the Glans condom, this Asian version only covered the tip of the man’s member and could be made from anything from animal intestines to silk paper, animal horns, and even tortoise shells.

Thankfully, the condom history didn’t have to involve animal horns, and tortoiseshell for long as condom technology continued to slowly evolve.