Hitachi Seaside Park changes drastically from month to month as new flowers bloom. Each variation is breathtaking as the next, and we have the pictures to prove it. 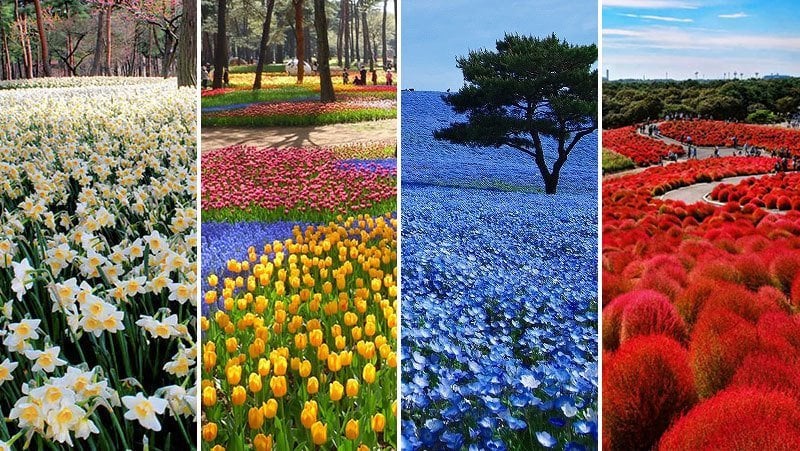 Just two hours from Tokyo in the city of Hitachinaka is one of the world’s most colorful parks — Hitachi Seaside Park. Covering almost 500 acres, the vast park is home to thousands of blooms, and draws millions of tourists throughout the year. Visitors can see everything from roses and daffodils to zinnias and poppies, and can feast their eyes (and feet!) on a scenic train route and cycling tours, as well as a giant “flower ring” ferris wheel.

Because Hitachi Seaside Park grows hundreds of distinct flower species, the month you visit can greatly impact the kind of park you see. Sometimes its hills are rainbow-striped, with more than 260 tulip species on display. At other times, when four-and-a-half million nemophila make an appearance in what’s called “Nemophila Harmony,” the park turns monochromatic blue.

If you can’t make the trip out, you can still take part in the visual feast in the gallery below: 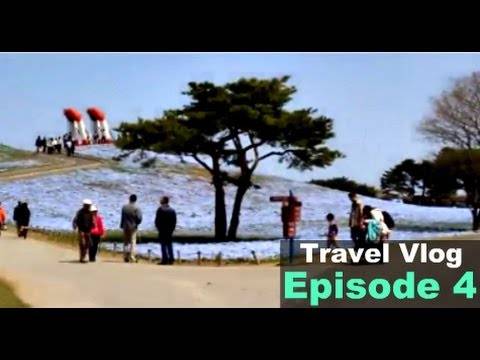 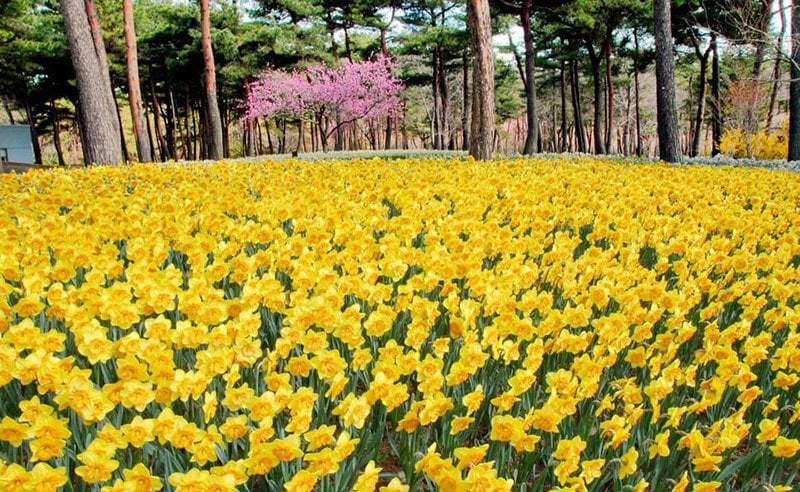 There are more than 550 distinct narcissus species in the park. Source: DPlus Guide 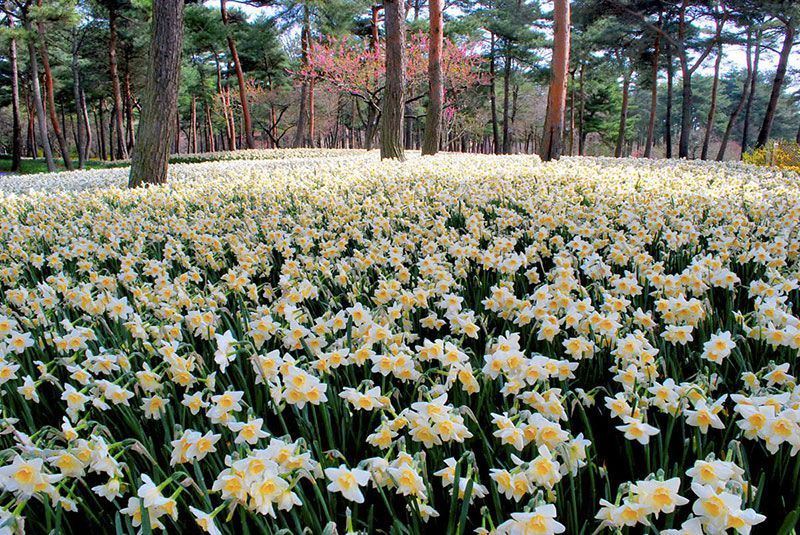 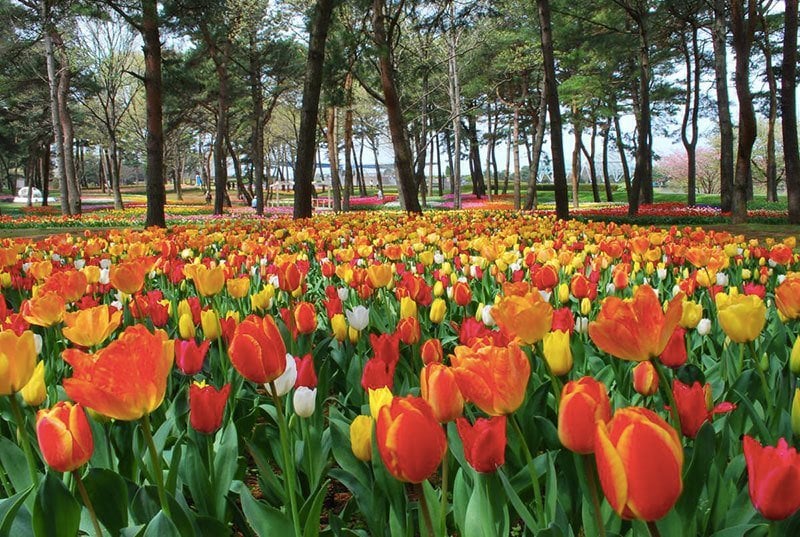 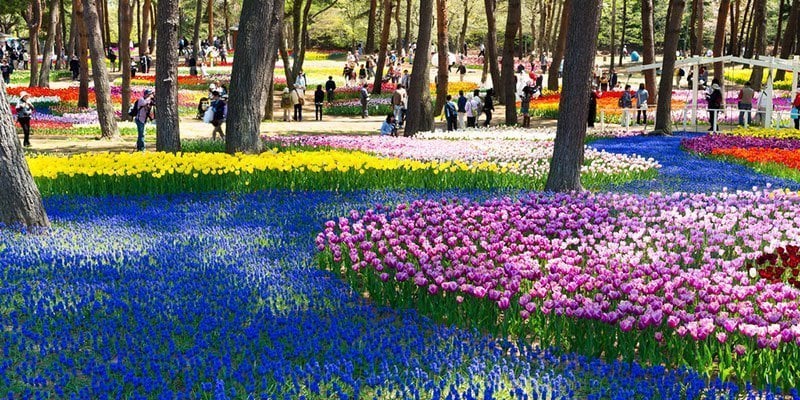 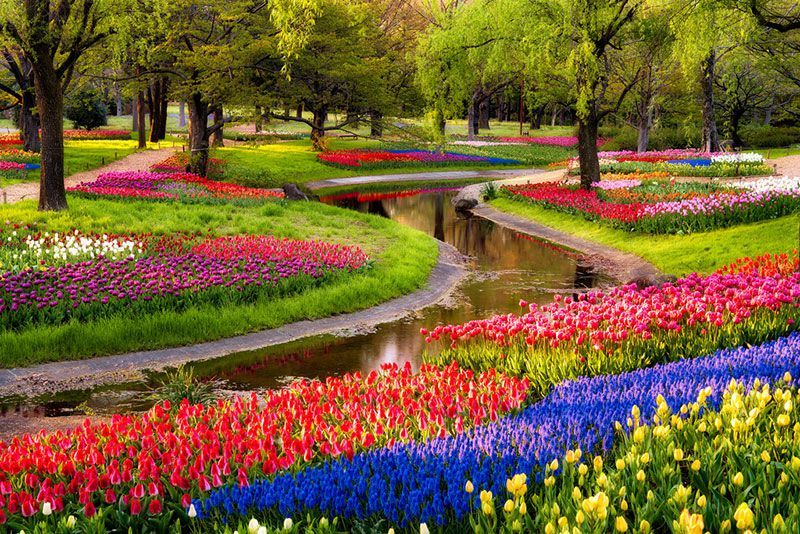 The tulip fields are in bloom from mid to late April. Source: Agustin Rafael Reyes 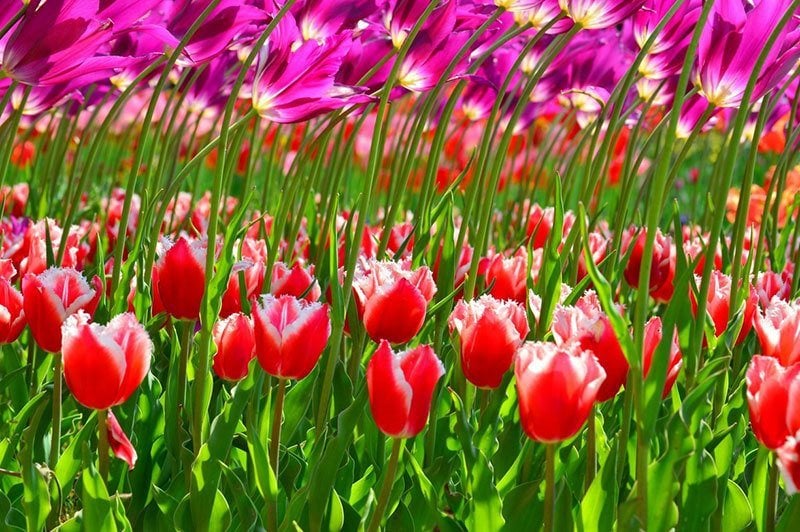 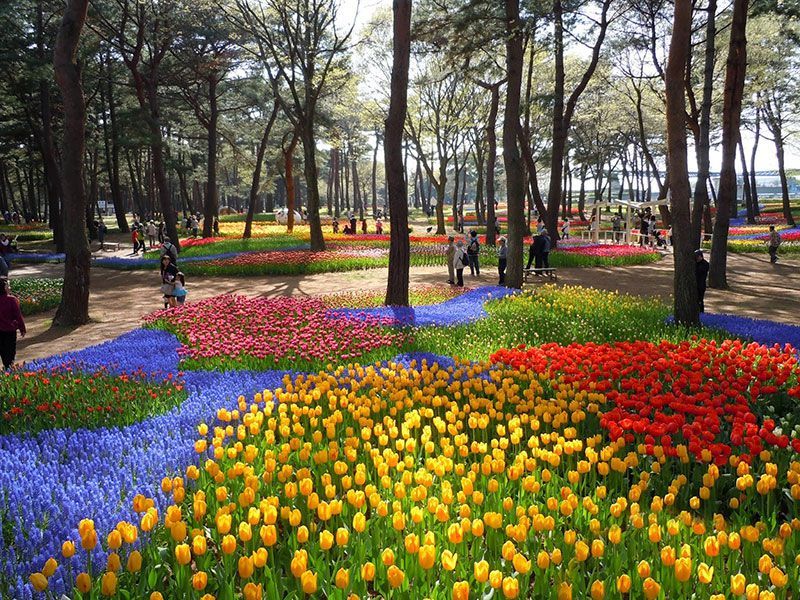 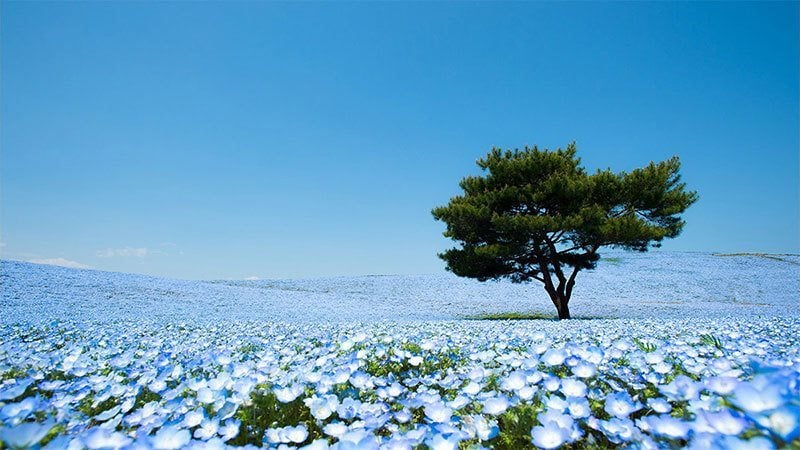 4.5 million Nemophila blooms turn the park into a sea of blue. Source: Hexapolis 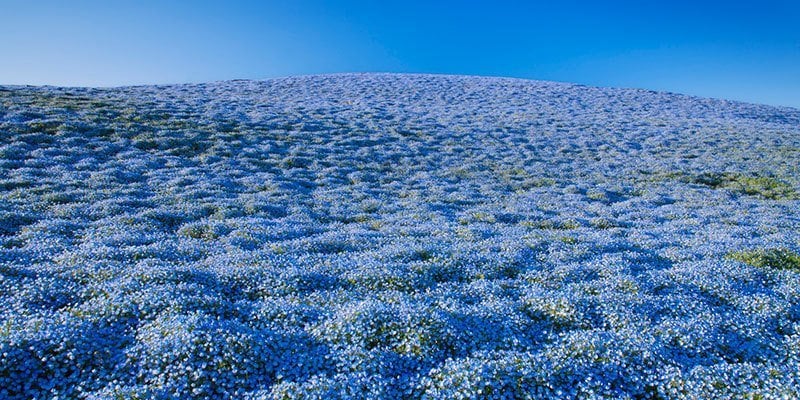 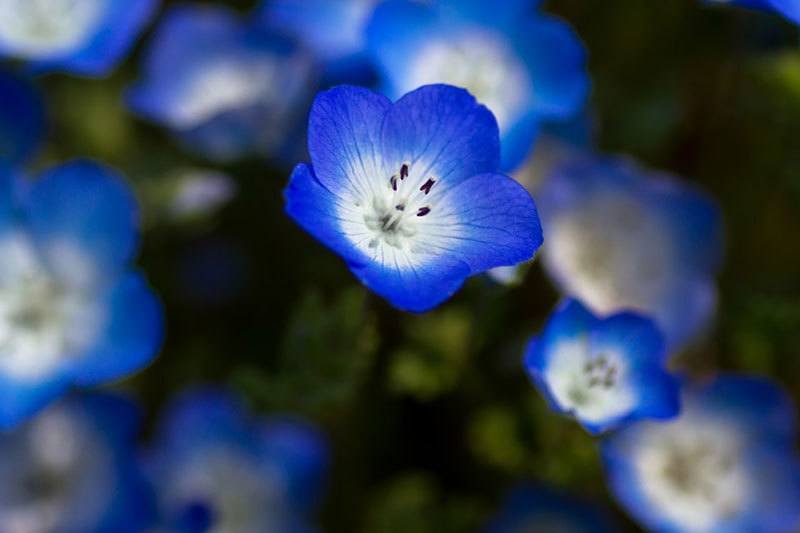 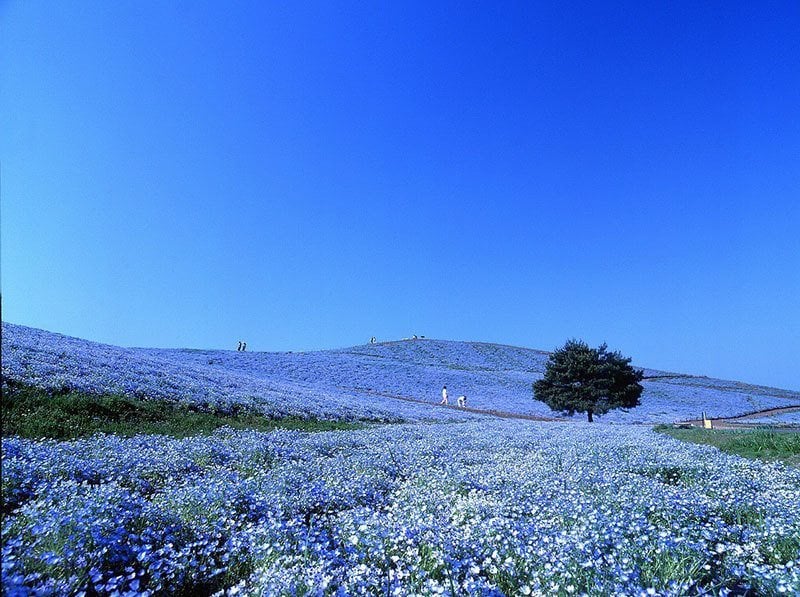 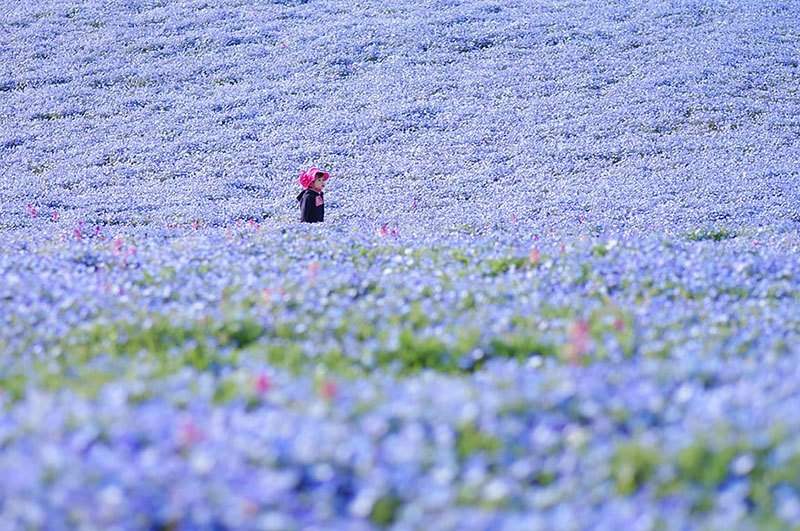 The flowers bloom every April through May. Source: Hexapolis 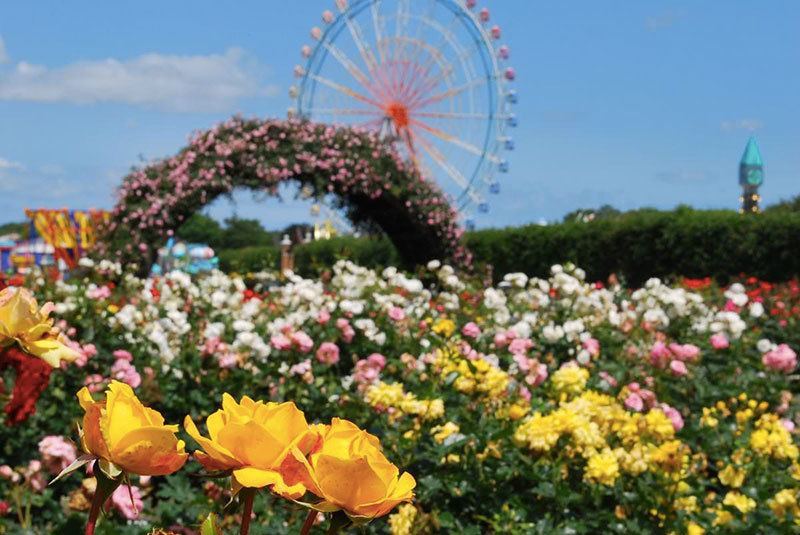 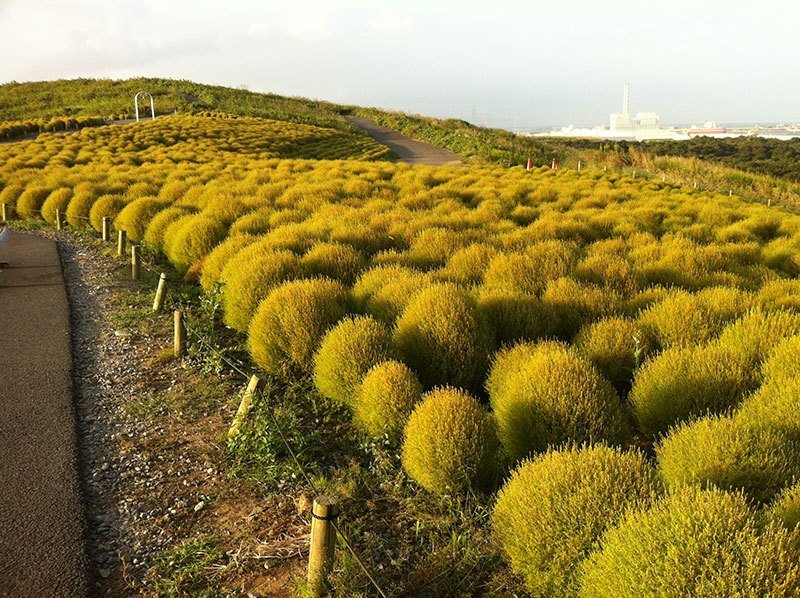 For most of the year, the Kochia plants look like ordinary green bushes. Source: Life in Yamaguchi 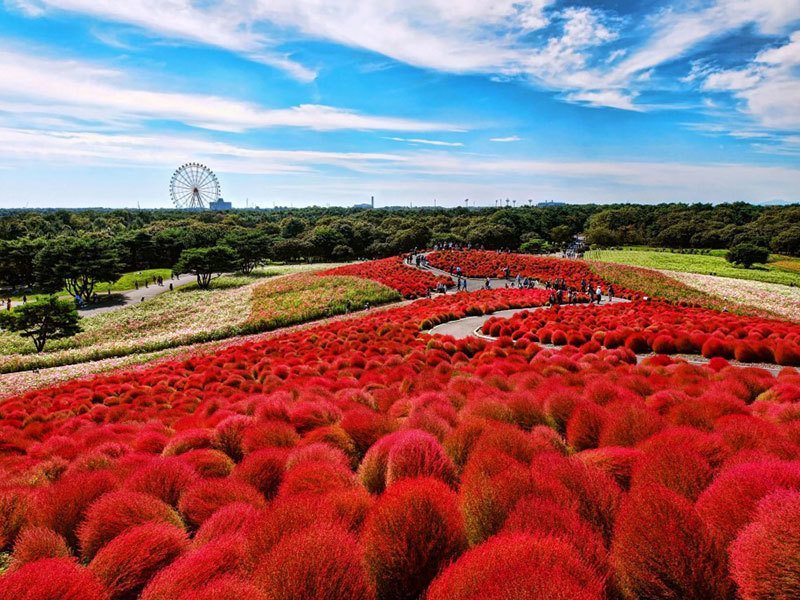 Yet in autumn, they transform Hitachi Seaside Park into a sea of burning red bushes. Source: Dad & the Code 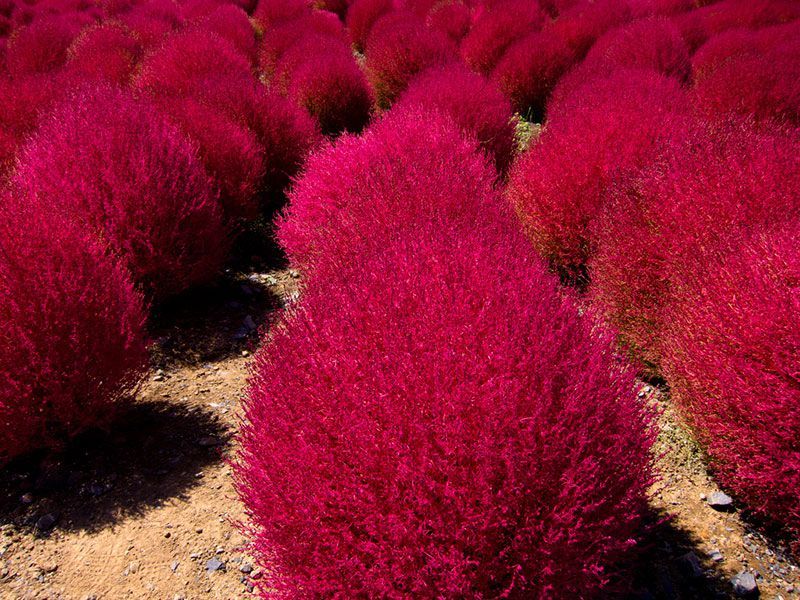 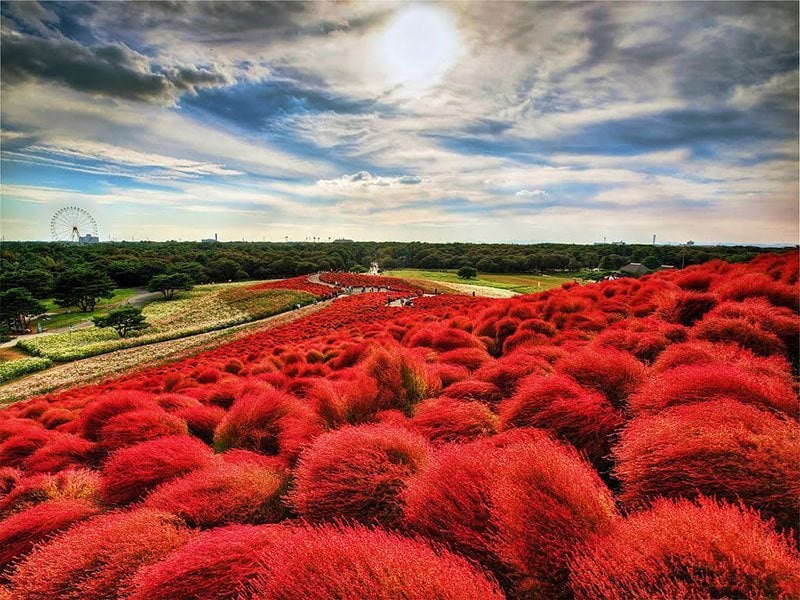 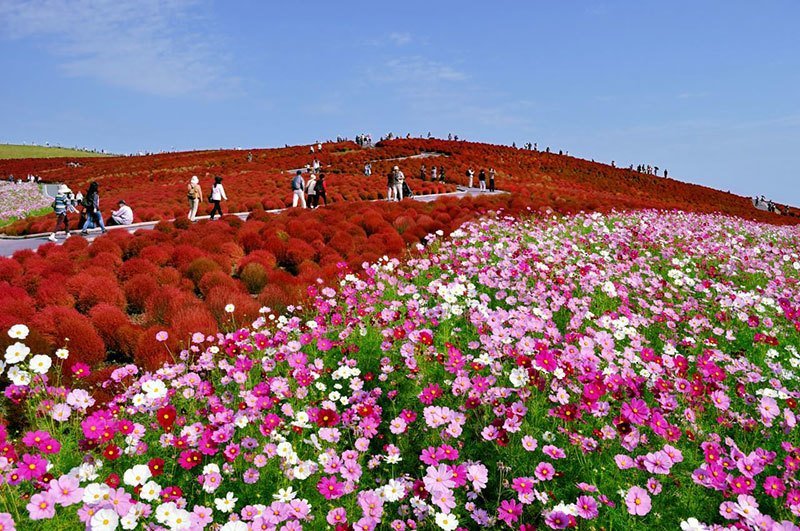 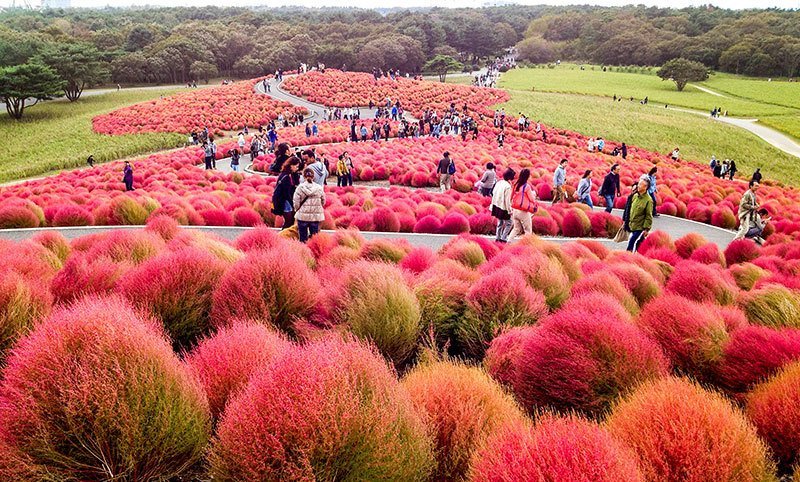 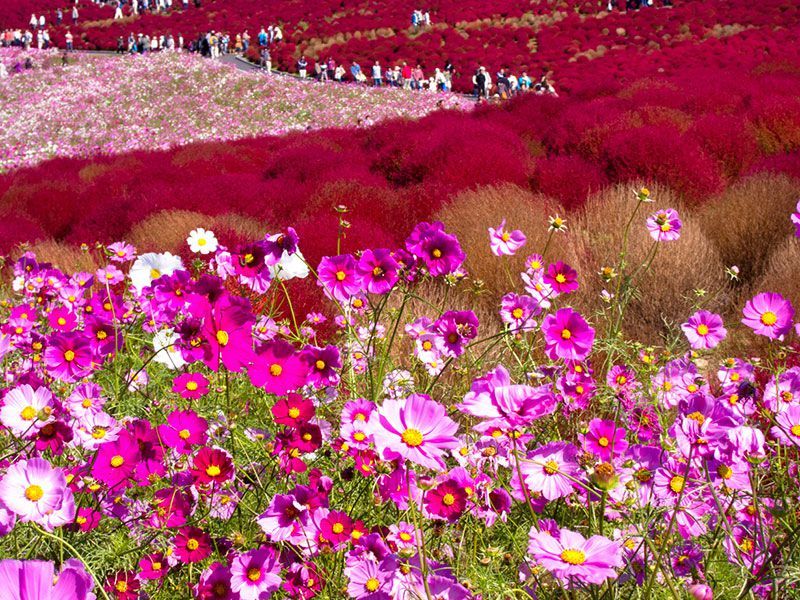 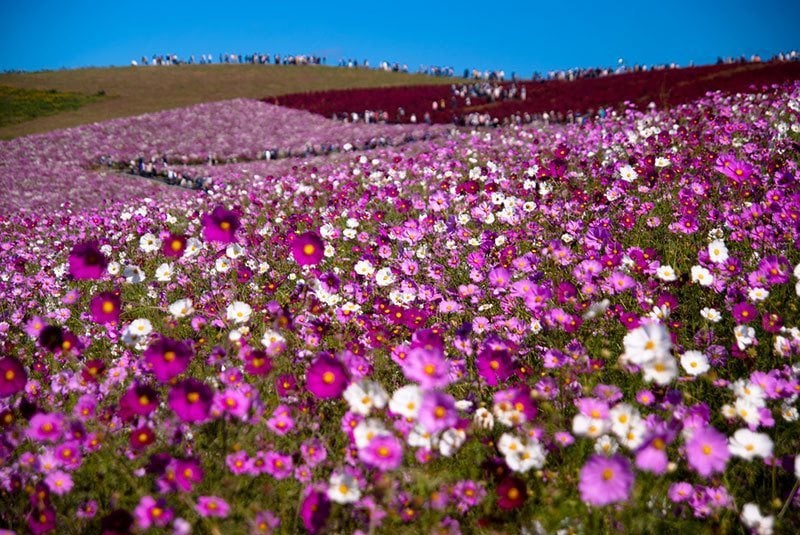 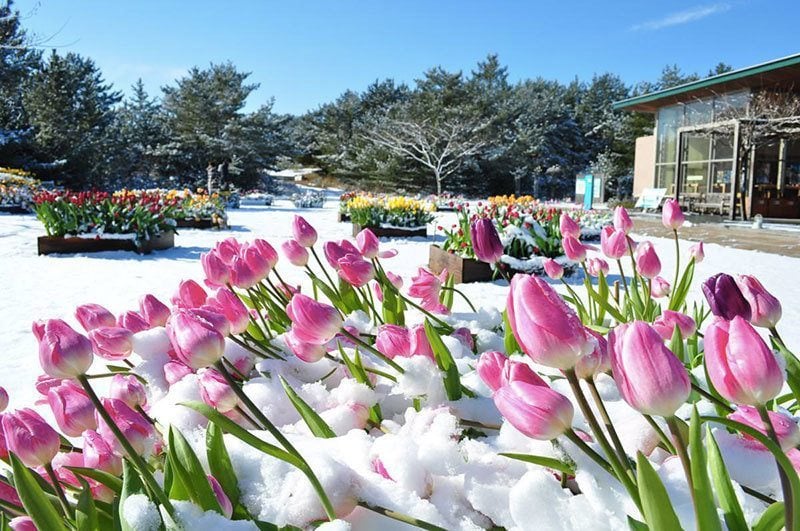 Though winter isn’t a big season for blooms, beautiful ice tulips like these brighten up the park from December through the middle of January. Source: Hitachi Seaside Park

Watch this vlog to take a virtual tour of the park on a day when the area’s baby blue eyes turn the landscape a dreamy aqua shade:

This video captures the beauty of Hitachi Seaside Park on a colorful autumn day: