The Complicated Truth About Hitler’s Children: Was The Führer Actually A Father?

Historians, as well as Hitler himself, claim that he never fathered a child. But there is a man who claims to have been the Führer's son — and Hitler may have known about him all along. 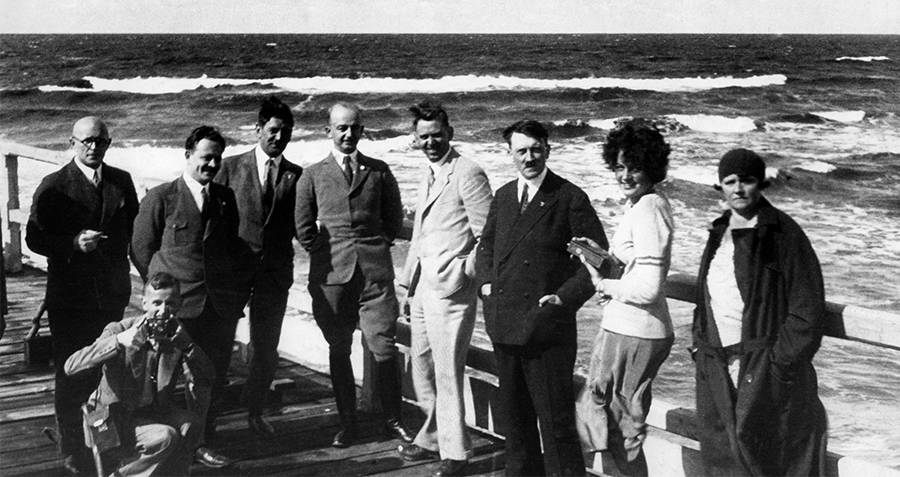 Ullstein Bild Dtl./Getty ImagesA Hitler family outing. The question, “did Hitler have children,” is to some still in contention.

Adolf Hitler’s reign of terror ended in 1945, but his bloodline may not have. Over the past 70 years, humanity has recovered, yet one question remains: is there a Hitler heir?

Undercover in a Berlin bunker in 1945, Hitler married actress Eva Braun. The couple, however, had no chance to start a family of their own as one of history’s worst dictators took his life only an hour after the ceremony. Braun died alongside her husband. 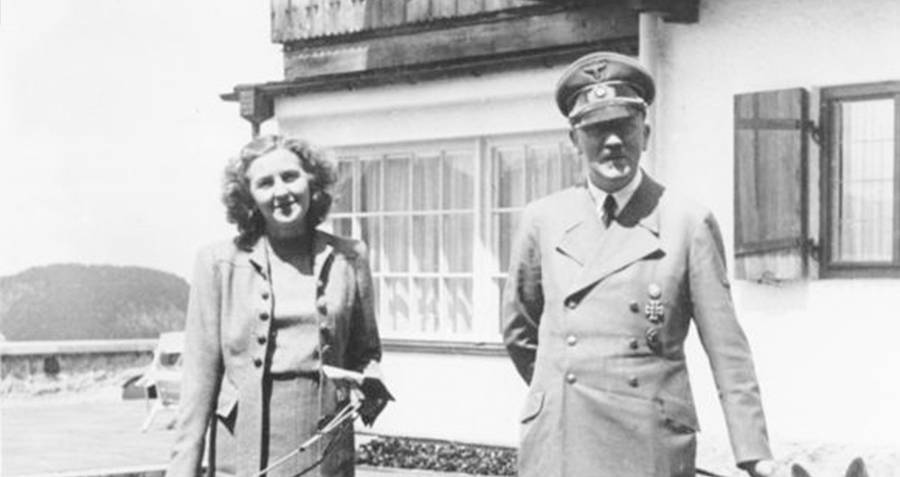 Since that day, historians have concluded that there is no evidence to confirm the existence of any Hitler spawn. While the dictator did often speak of his (albeit ironic) love for children, he denied ever fathering any of his own.

Following the end of World War II, however, rumors spread that a secret child did exist. Even the Fuhrer’s valet, a man named Heinz Linge, stated that he once heard Hitler speculating that he had fathered a child.

People around the globe feared that this boy or girl would follow in their father’s footsteps.

Despite these fears, all of the rumors concerning Hitler’s children were deemed unsubstantiated — that is, until Jean-Marie Loret came forward.

Did Hitler Have Children?

For starters, historians generally maintain that Hitler did not have children with his partner and short-lived wife, Eva Braun. Those closest to Hitler claim that the man had apparent intimacy issues and likely did not want to procreate.

“He won’t get married,” Rudolf Hess once wrote of him, “and he even — he implied — avoids any serious attachments with a female. He must be able to face all dangers at any time without the slightest human or personal considerations, and be able even to die, if necessary.”

Indeed, according to historian Heike B. Görtemaker in his biography Eva Braun: Life With Hitler, Hitler “explicitly wanted no children of his own.” Why exactly this was so likely can’t be said for sure, though in Hitler’s own words when a man decides to settle down and marry or make a family, he “loses a certain something for the women who adore him. Then he is no longer their idol as he was before.”

However, there was one woman who claimed her son, Jean-Marie Loret, was the child of Adolf Hitler. For many years, Loret did not even know the identity of his father. Then, on one unassuming day in 1948, his mother confided that his estranged father was none other than Adolf Hitler. 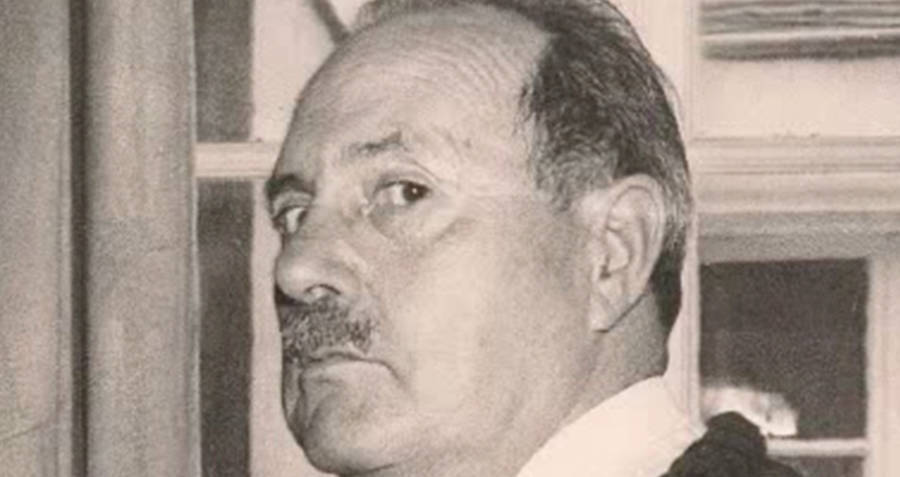 According to Charlotte Lobjoie, Loret’s birth mother, she and the Fuhrer had an affair when she was only 16 years old, and he was still just a German soldier.

“One day I was cutting hay with other women when we saw a German soldier on the other side of the street,” she said. “I was designated to approach him.”

Thus began the young woman’s relationship with the 28-year-old man, who, in 1917, was taking a break from fighting the French in the Picardy region.

As Lobjoie told her son years later, “When your father was around, which was very rarely, he liked to take me for walks in the countryside. But these walks usually ended badly. In fact, your father, inspired by nature, launched into speeches which I did not really understand. He did not speak French, but solely ranted in German, talking to an imaginary audience.”

Jean-Marie Loret was born not long after the affair began in March of 1918. His father had already crossed the border back to Germany.

In 1939, he went on to join the French army against the Germans in World War II. It wasn’t until she was on her deathbed that Charlotte Lobjoie finally reached out to her son to tell him the truth about herself and his birth father.

Unwilling to accept his mother’s word as fact, Loret began to investigate his heritage. He employed scientists to help him and learned that both his blood type and handwriting matched that of Hitler’s.

He also noticed an ominous resemblance to Hitler in photographs.

Years later, German Army papers were discovered which showed that officers had brought envelopes of cash to Charlotte Lobjoie during World War II. These payments could further corroborate Lobjoie’s claims that Hitler had kept in touch with her.

After her death, Loret also found paintings in his birth mother’s attic that had been signed by the dictator. Similarly, a painting in Hitler’s collection depicts a woman with an astonishing resemblance to Lobjoie. 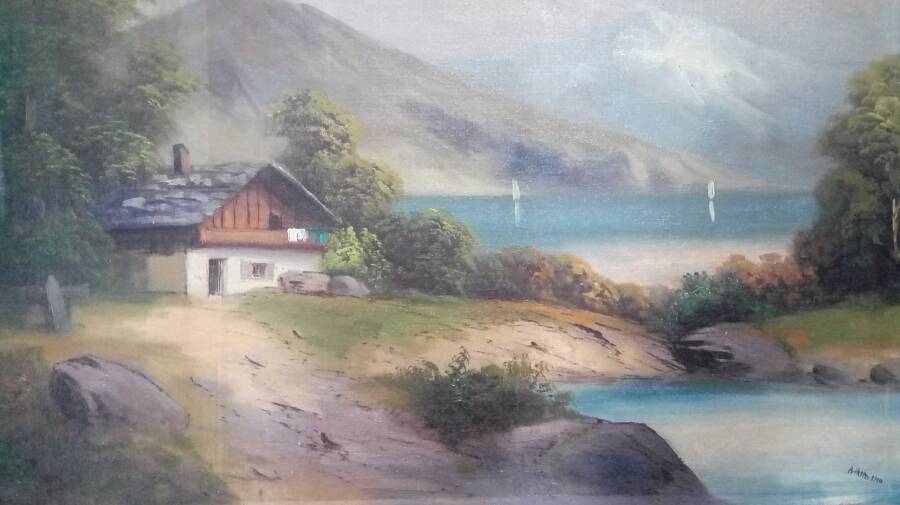 Wikimedia CommonsA painting by Hitler with his signature at the bottom right, similar to what was found in Charlotte’s attic.

In 1981, Loret released an autobiography entitled Your Father’s Name Was Hitler. In his book, Loret described the struggle that he endured upon learning of his father’s identity. He explored the implications of his heritage as he tried to prove his genealogy.

Loret claimed that Hitler did know of his existence and even tried to destroy all proof of a link. 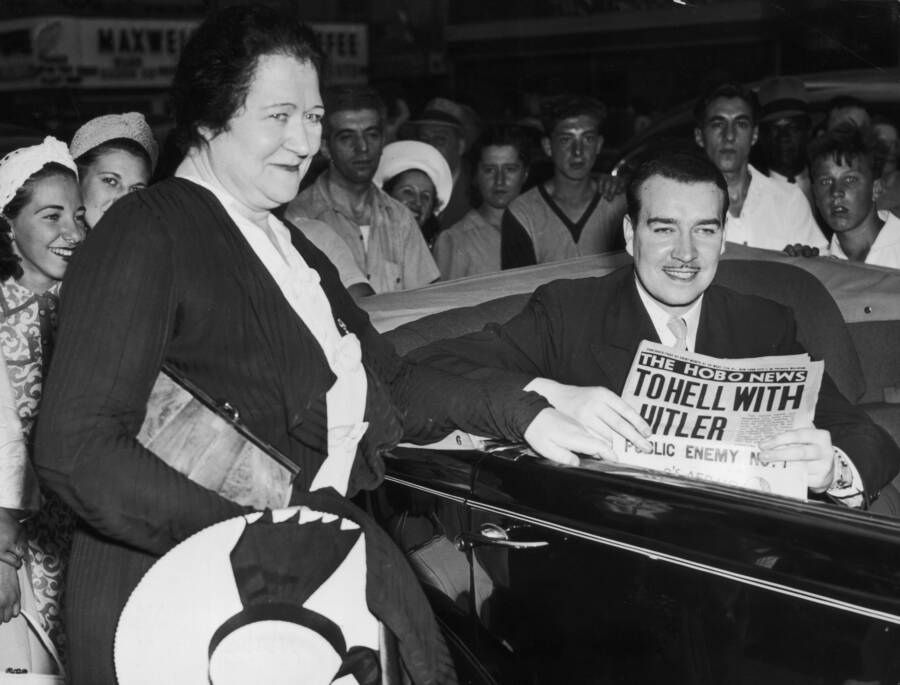 Keystone/Getty ImagesMrs. Brigid Hitler, the wife of Adolf Hitler’s stepbrother Alois, says goodbye to her son William Patrick Hitler outside the Astor Hotel in New York City. He is leaving to join the Canadian Airforce.

While the existence of Hitler’s children is still in question, the Hitler bloodline does indeed live on in the 21st century.

The remaining descendants of Adolf Hitler are Peter Raubal and Heiner Hochegger, who both currently live in Austria. Additionally, Alexander, Louis, and Brian Stuart-Houston, who have taken up residence on Long Island.

The Stuart-Houston brothers are directly descended from Hitler’s half-brother, Alois Jr., on his father’s side.

Alois fell in love with a young woman from Dublin yet abandoned her once their son was born. The boy was named William Patrick Hitler.

William was not close to his father’s side of the family but had spent time with his uncle, Adolf Hitler. The dictator had referred to him as “my loathsome nephew,” and William ended up spending time in America to give talks about his paternal bloodline.

After the US military rejected him because of his infamous name, he wrote a letter directly to President Roosevelt who granted him entry to the U.S. Navy (once he passed an FBI check). 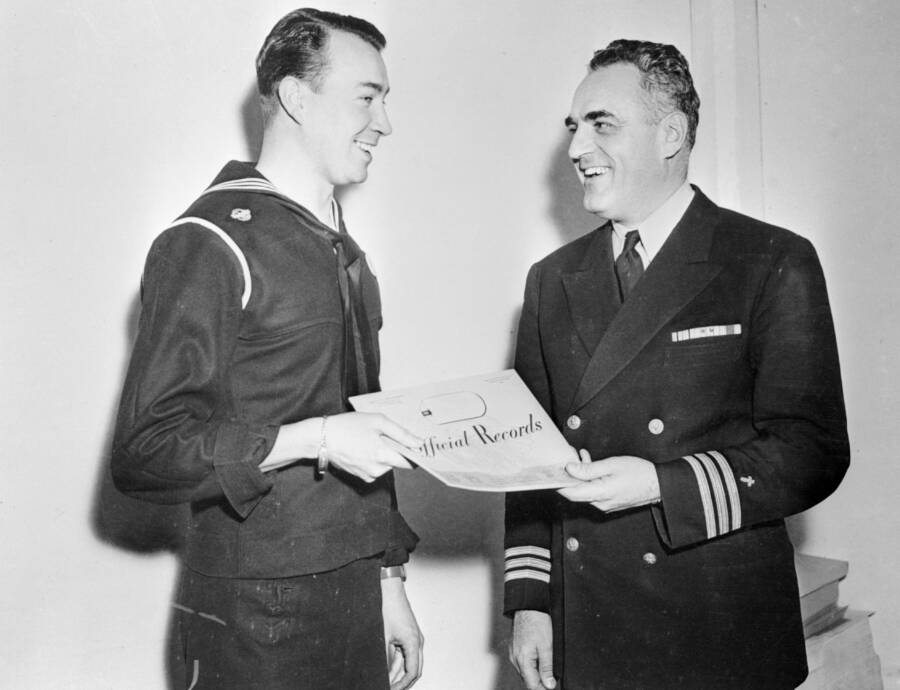 Getty ImagesSeaman First Class William Patrick Hitler, 34-year-old nephew of the late unlamented Nazi dictator, is shown (left), as he received his discharge from the U. S. Navy in the Fargo building Separation Center at Boston.

Hitler’s nephew fought against him in World War II and when the war had concluded he married, changed his name, and settled in America. He died in 1987 leaving three surviving sons.

The Stuart-Houston brothers, Hitler’s great-nephews, have since embraced an American way of life and have entirely rejected their dark heritage.

As journalist Timothy Ryback said, “They live in absolute terror of being uncovered and their lives being turned upside down…There were American flags hanging from the houses of neighbors and dogs barking. It was a quintessentially Middle American scene.”

Although Hitler’s other two descendants still live in Austria, they have similarly tried to distance themselves from the dictator’s legacy. As Peter Raubal said, “Yes, I know the whole story about Hitler’s inheritance. But I don’t want to have anything to do with it. I will not do anything about it. I only want to be left alone.”

The Pact to End the Hitler Bloodline 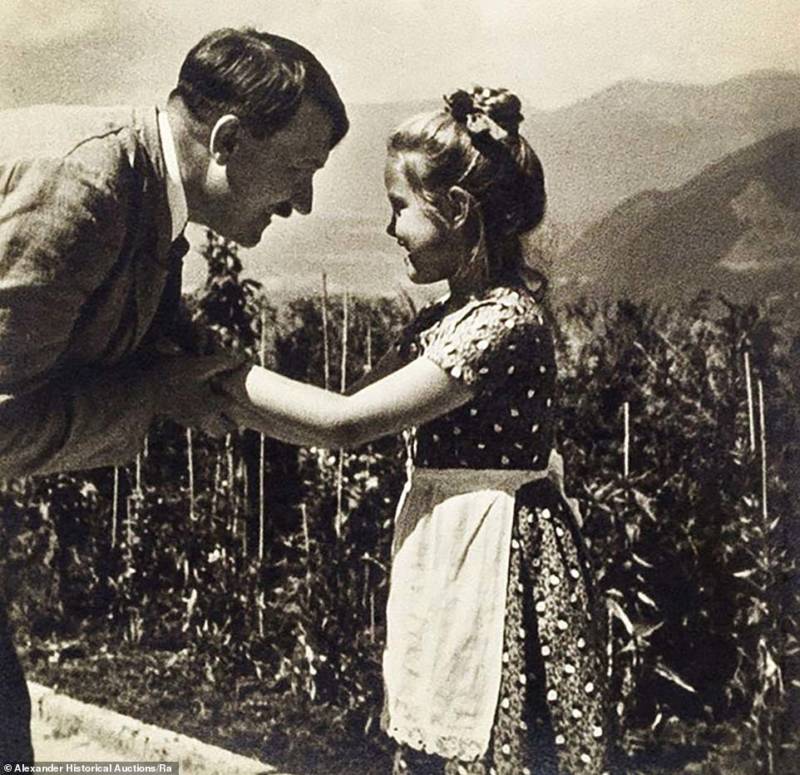 Jerusalem Online/Alexander Historical AuctionsHitler was known for loving children and animals. Here he is pictured again with Bernile.

It is no coincidence that none of the Stuart-Houston men — the last of Hitler’s descendants on his paternal side — have procreated. Neither Raubal nor Hochegger have married or had children, either. According to reports, they do not plan to.

Alexander Stuart-Houston remains aloof about these intentions. He said, “Maybe my other two brothers did [make a pact], but I never did.” Still, the 69-year-old hasn’t created any descendants of his own.

Although there is no proof of the rumored pact to end the Hitler bloodline, it appears as if the men had decided long ago that the family line would end with them. All of them are reaching old age, with the eldest being 88 years old.

With these last five men who have led to peaceful, independent lives and the nonexistence of any of Hitler’s biological children, the bloodline of the Fuhrer will officially be history.

Now that you know the truth — and the speculations — about Hitler’s children, read about Hitler’s first love and niece, Geli Raubal. Then, explore these 31 facts about World War II that you can’t find in history books.

Hannah McKennett
Hannah McKennett is a Dublin-based freelance writer that is dedicated to traveling the world while writing about it.
You might also like
Report a bad ad experience
×
Follow hu On