The origins of HIV have become an object of speculation for decades. Scientists are finally putting the pieces together, and the story is quite surprising. 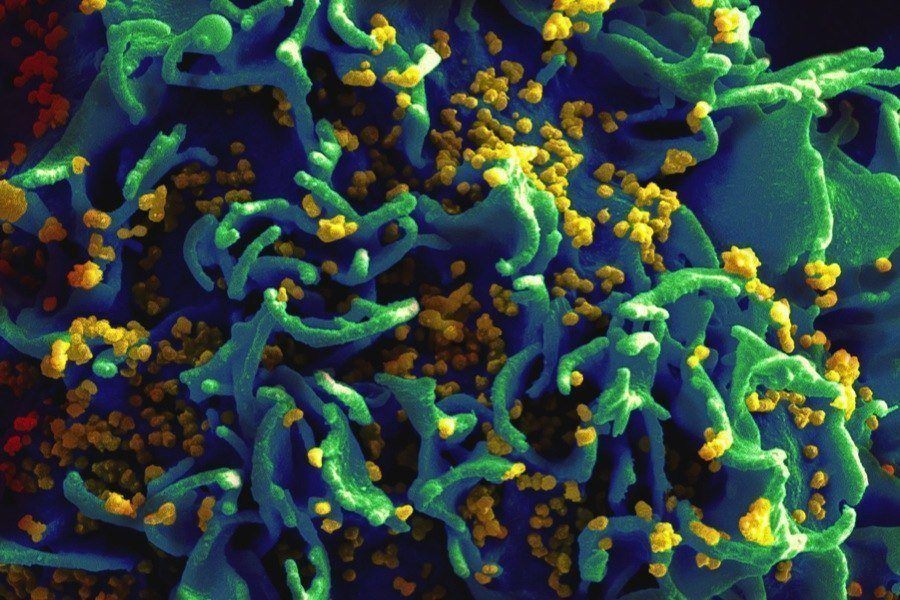 HIV, which was first identified by medical professionals in the 1980s, has a much longer history in human beings than was previously believed. Source: Wikimedia

Doctors first identified the Human Immunodeficiency Virus (HIV) in the early 1980s at the height of an epidemic. Tens of thousands of HIV-positive people around the world were dying as HIV developed into the Acquired Immune Deficiency Syndrome or AIDS.

Where did this plague come from? In the 1980s, fear and ignorance gave rise to speculation. In the United States, the religious right saw the virus as a cruel God’s punishment for homosexuality. Urban legends sprouted about crazed bestial encounters between monkeys and human beings.

This was all nonsense.

In the three decades since scientists and doctors first identified HIV, researchers have sorted through the wild theories and written a strong first draft of HIV’s scientific history. This draft, like all scientific knowledge, will continue to be revised as more data becomes available and researchers complete further studies. But the outline is now clear: HIV crossed over from chimps to humans around 100 years ago. The spillover happened in Cameroon; the epidemic began in the Congo. 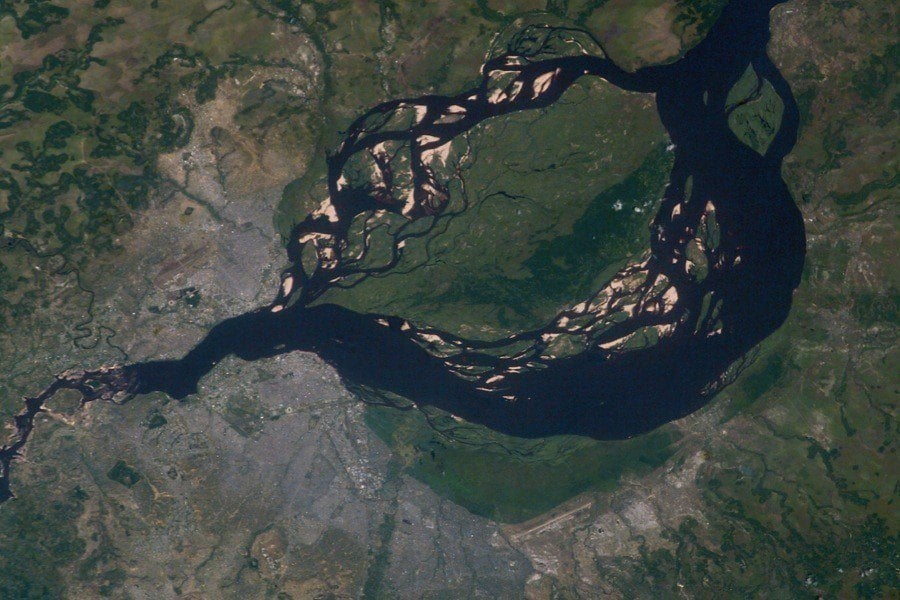 This point on Congo River, with the city of Brazzaville on the northern bank and Kinshasa to the south, was the epicenter of the global HIV/AIDS pandemic. Source: NASA

These conclusions are based on two lines of inquiry that intersect around 1920 in what is today Kinshasa, Democratic Republic of the Congo (DRC). In the first line, researchers from Oxford and the University of Leuven in Belgium have traced genetic mutations from the virus backward in time.

Through studying hundreds of blood samples, they have followed these genetic mutations like breadcrumbs back toward their source. The team’s results show that the most prominent strain of HIV – HIV-1 M, which accounts for nearly all cases worldwide – entered human beings between 1909 and 1930 in Kinshasa.

The second line of inquiry has identified which chimp species incubated the virus and eventually passed it to a human carrier. Through collecting around 7,000 chimp fecal samples throughout Central and Western Africa, another research team found a nearly identical virus residing in a chimp species called Pan troglodytes troglodytes. It was this strain – one of many varieties of what scientists call Simian Immunodeficiency Virus (SIV) – that led to HIV, its human counterpart. But the chimps carrying SIV only live in the West African country of Cameroon, more than 500 miles north of Kinshasa.

The “spillover” – the moment when a disease crosses the frontier between species – must have occurred in Cameroon. So how did HIV travel south to the DRC? While research is ongoing, current scientific evidence suggests the following sketch of the HIV story. 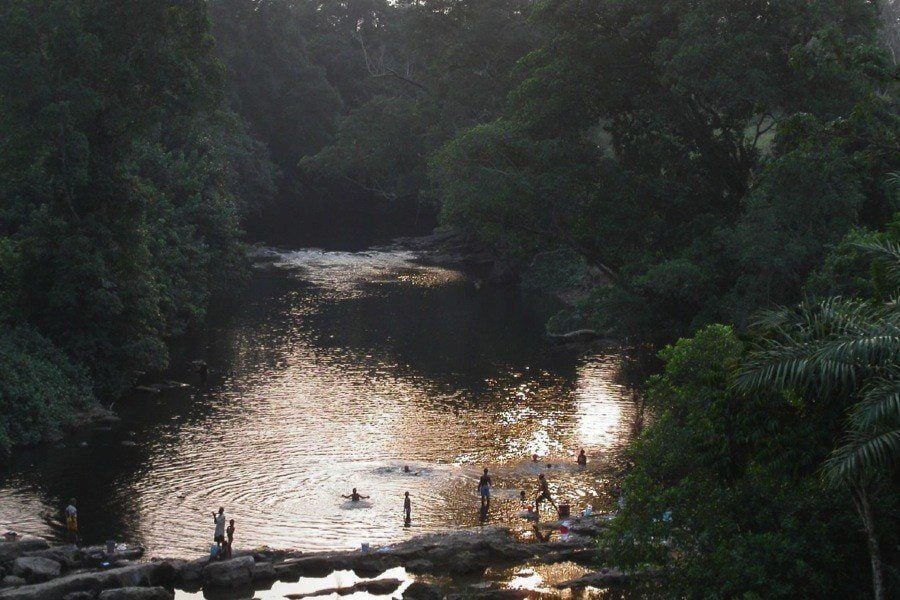 In Cameroon – as in much of Africa – men hunted chimps for their meat. They used arrows and spears and hacked the meat off the chimps just after they had killed them. The theory is that one early 20th century hunter cut himself while removing the chimp meat, and in that moment, the hunter’s blood mingled with his prey’s. That hunter, the first person infected with this strain of SIV/HIV, carried the virus with him down West African river trade routes. As it does today, HIV laid dormant in his system.

The hunter likely traveled to a nearby market town. Here, he had sex – whether with a lover or a prostitute, that part of the story will never be known. His partner transmitted the virus to another traveler, and this person journeyed down the Congo River to the twin cities of Brazzaville and Kinshasa, a major hub of commerce, transportation, and colonial power. As David Quammen, a science writer who studies the history of HIV, reimagined the scene in an interview with NPR:

I imagine him sliding into Brazzaville [a city across the river from Kinshasa] around 1920, the first HIV positive man to arrive in an urban center, where there’s a much greater density of humans, where there are prostitutes, a greater fluidity of social and sexual interactions, and that seems to have been the place from which the disease went global. 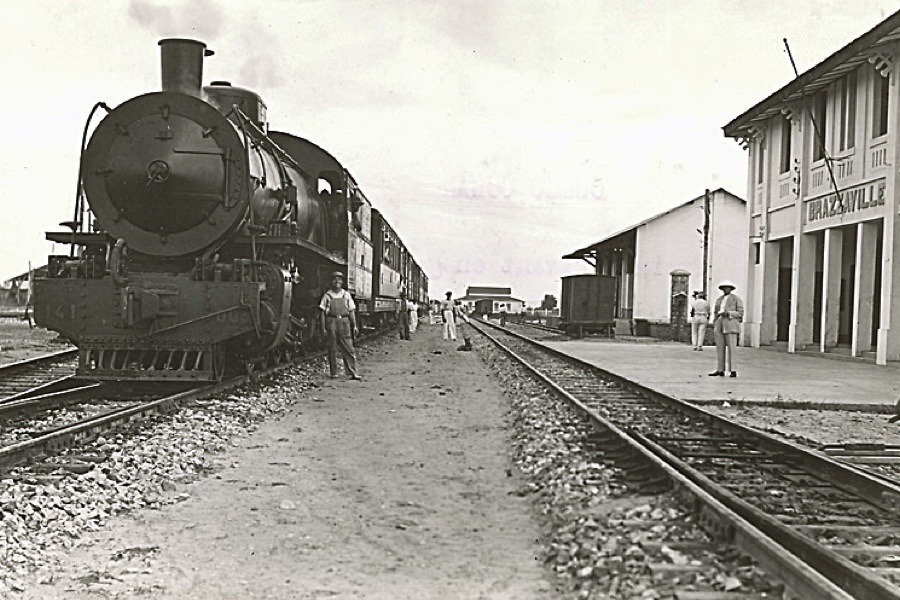 The colonial railways in the Congo amplified HIV’s potential to spread and infect. Source: Wikimedia

Kinshasa had a lively sex industry, and during the first half of the 20th century, the virus worked its way into the population. Many researchers believe the virus was also spread through unclean needles in public health campaigns managed by the Belgian colonists, who then ruled the Congo. The colonists’ expansive rail network literally laid the tracks for the virus’s spread throughout Africa.

This slow-boiling epidemic has since killed around 60 million people throughout the globe. It traveled from Kinshasa to Haiti, perhaps carried there by a returning diplomat, and then in the 1960s, HIV jumped from Haiti to the United States where it mostly lay dormant until the terrible years of the 1980s and 1990s.

African nations have suffered profoundly from the HIV epidemic. In countries such as Swaziland, Botswana, Lesotho, and South Africa, where HIV rates soar above 15 percent of the adult population even today, the virus has devastated human communities. Though grand advances have been made since the terrifying, deadly days of the 1980s and 1990s, there is still no vaccine.

For the last three decades, this menace has had a name. But it has been killing men and women for much longer, since at least the 1920s. Despite advances, HIV’s long, fatal march is likely to continue for decades to come. The hope is that by understanding its origins, the virus can one day be stopped.