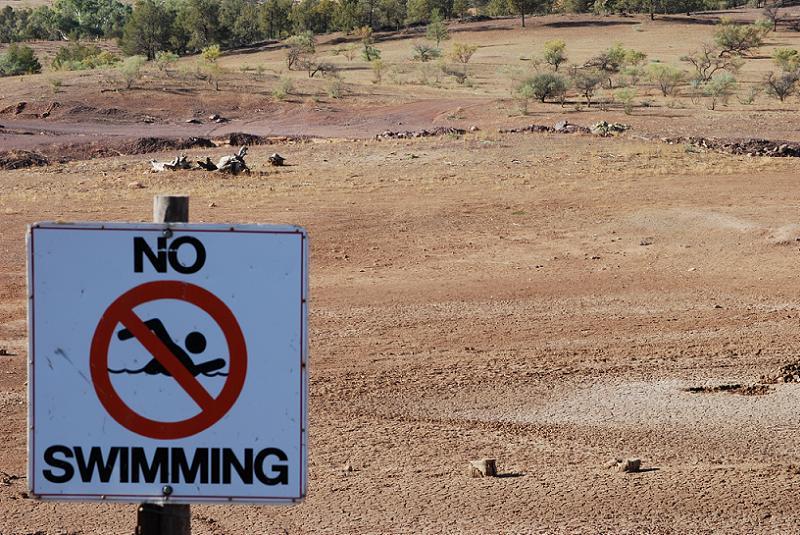 The effects of global warming are quite contentious among people who don’t know what they’re talking about.

Unfortunately, that includes most people who don’t have PhDs in atmospheric science, chemistry or meteorology, so we’re all in kind of a tight spot, information-wise. As far as the ordinary media consumer knows, human-caused climate change is another one of those “some people say this, others say that” kind of disputes, as if the debate is over the relative merits of Coke vs. Pepsi or who will win next year’s Bud Bowl.

In fact, the “argument” does have two sides: every relevant scientific organization on Earth–representing something very close to 100 percent of working scientists–saying it’s real, it’s happening right now, and the only uncertainty is how bad it will be; while the other side lies for money it gets from energy companies.

It’s always easy to blame the media for creating a public “debate” about global warming, and that sort of reporting doesn’t get a pass here, but part of the problem might also be due to the issue’s complexity and lack of general accessibility.

After all, a 1-degree rise in global temperature doesn’t sound like a big deal, and 400 parts-per-million of carbon isn’t all that sinister sounding. It’s hard for non-scientists (that is, voters, consumers, and average people everywhere) to really grasp what’s happening right now.

We have a hard time grasping abstract concepts, so here’s a visual record of what the last century’s rise in global temperatures has been—and continues to be—doing to our world. 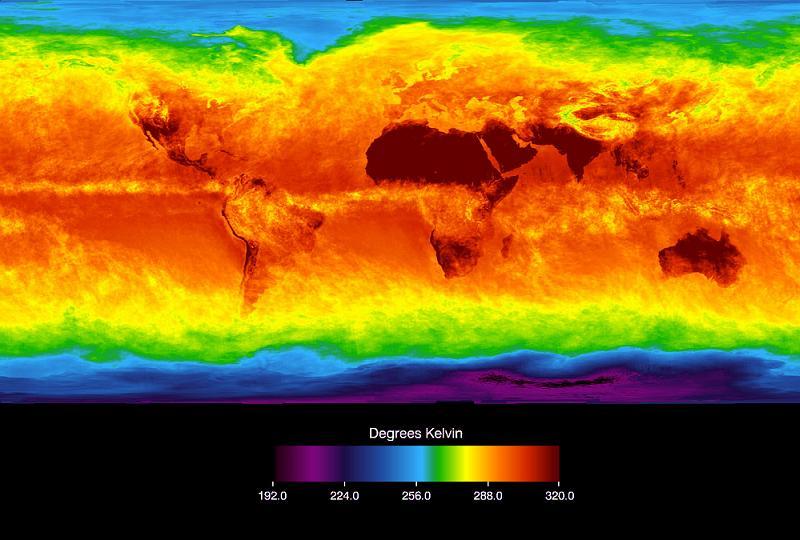 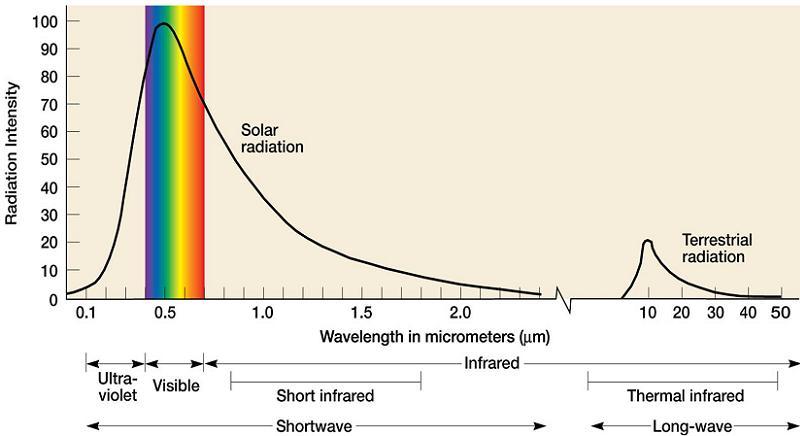 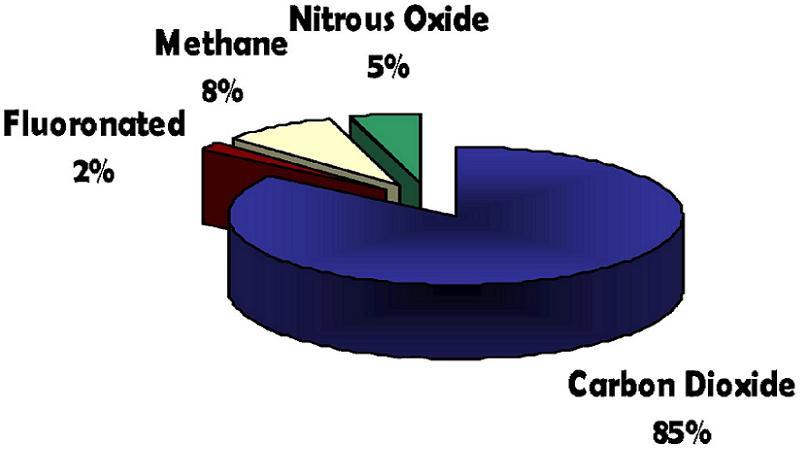 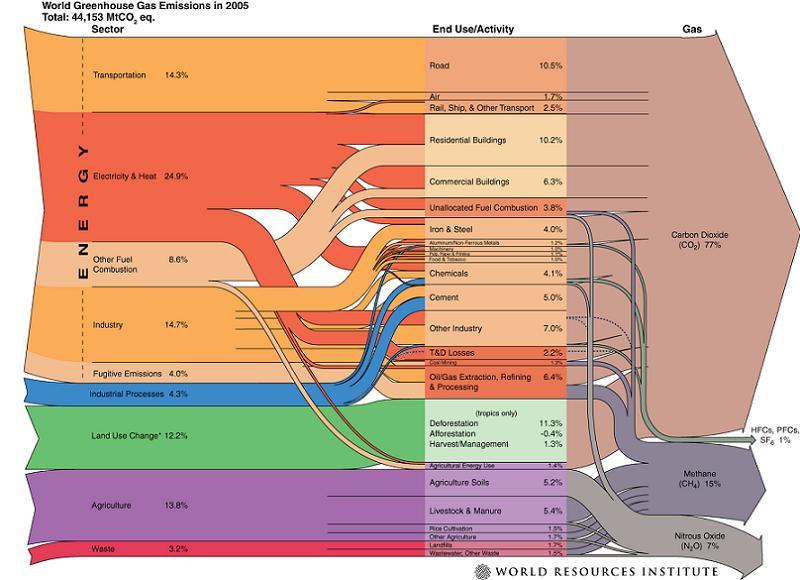 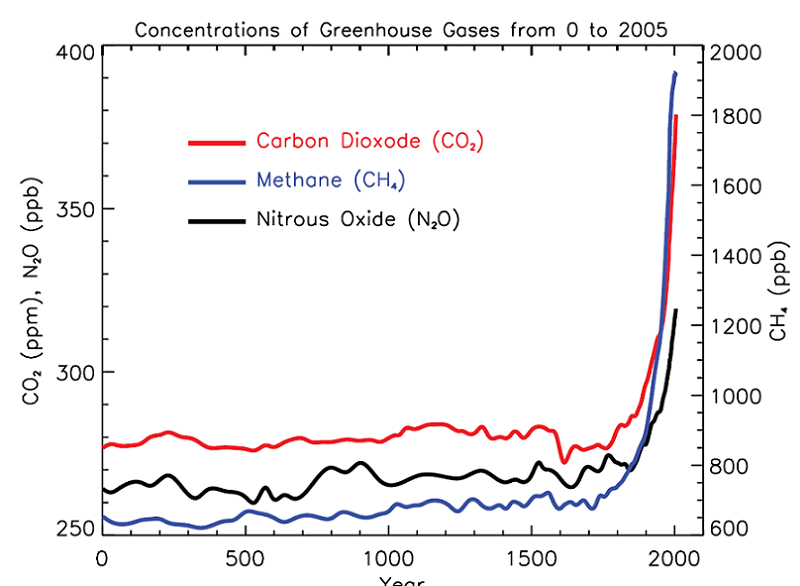 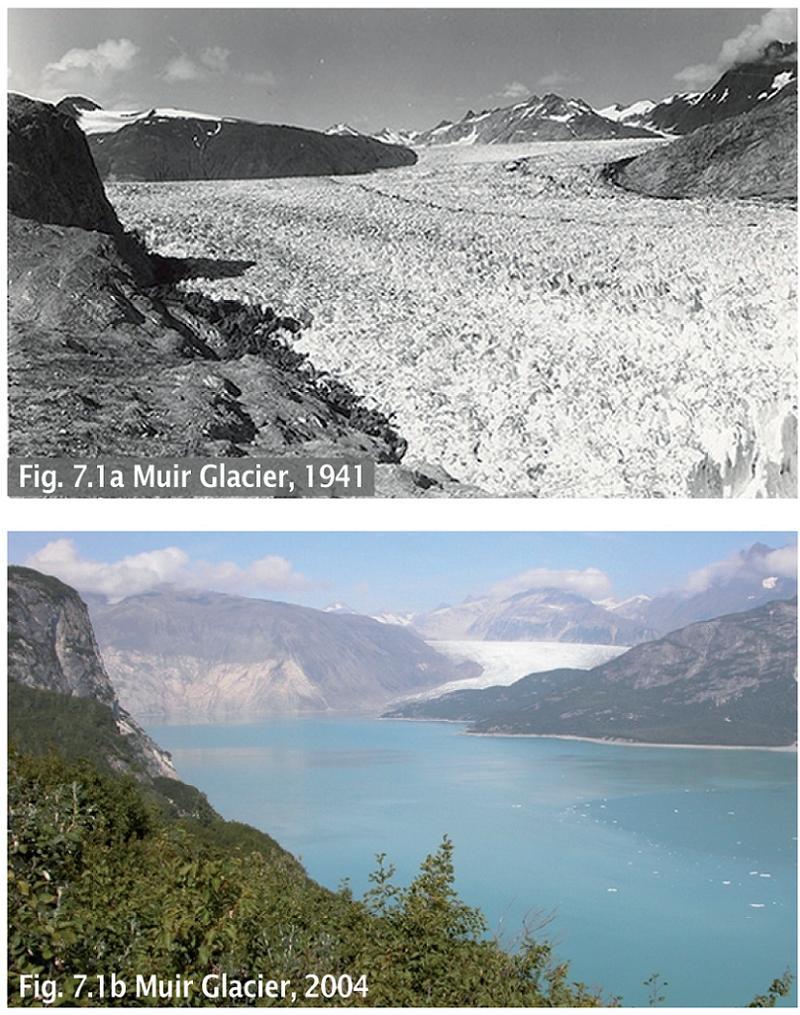 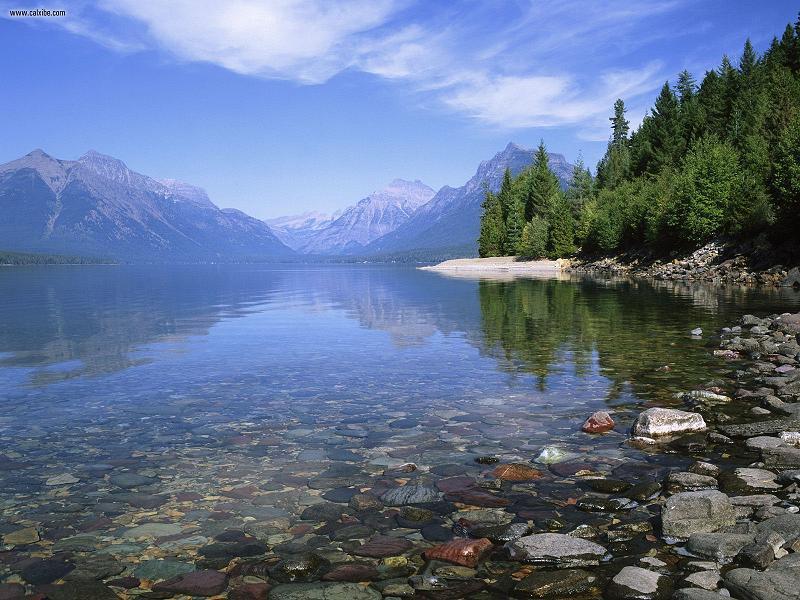 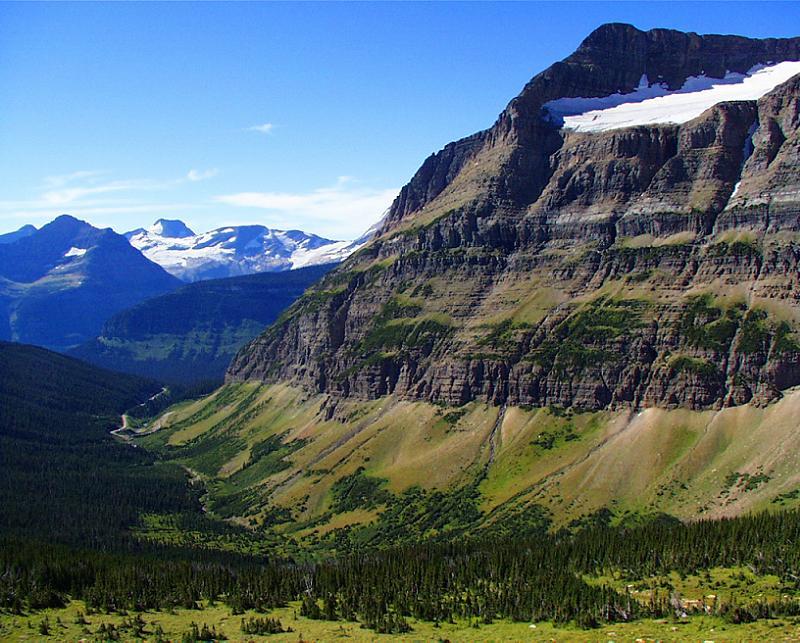 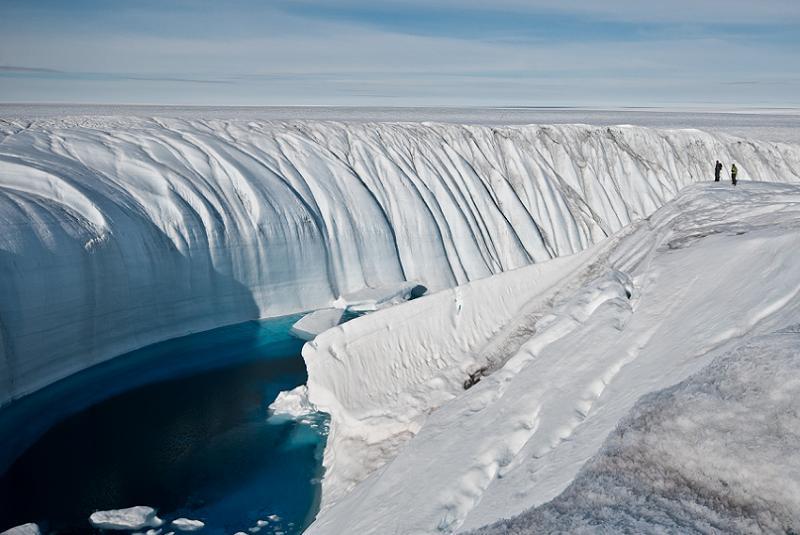 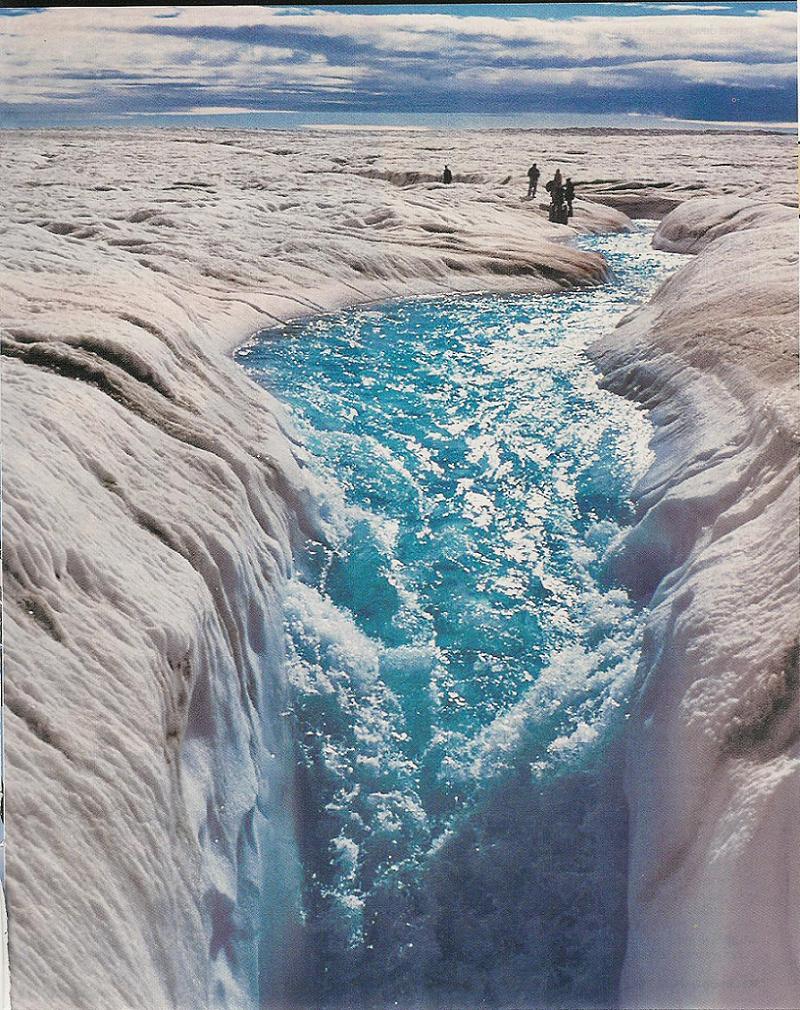 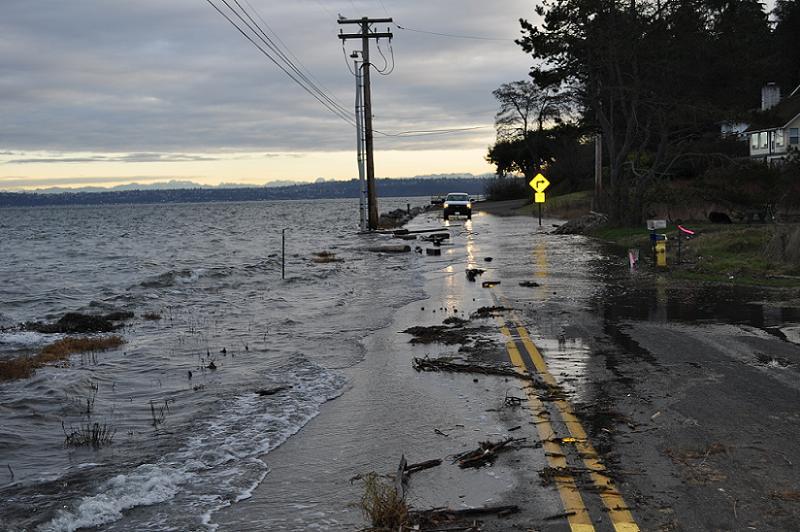 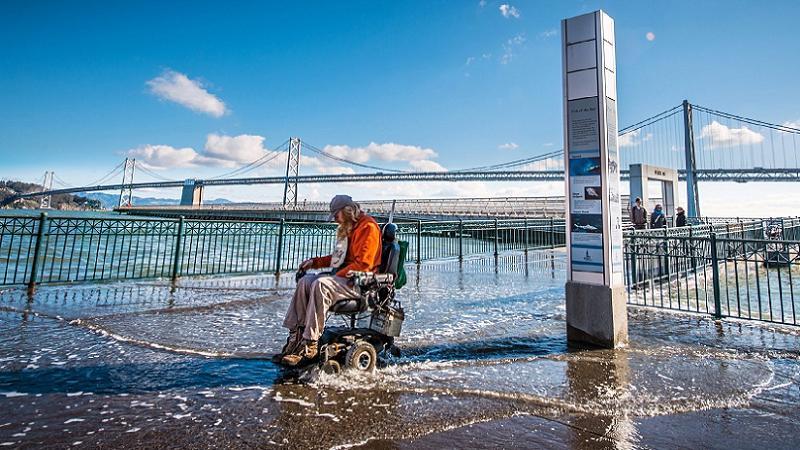 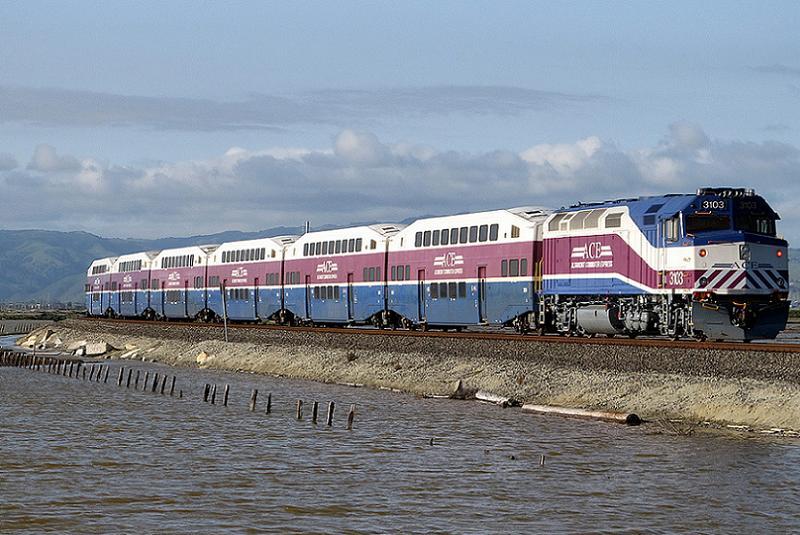 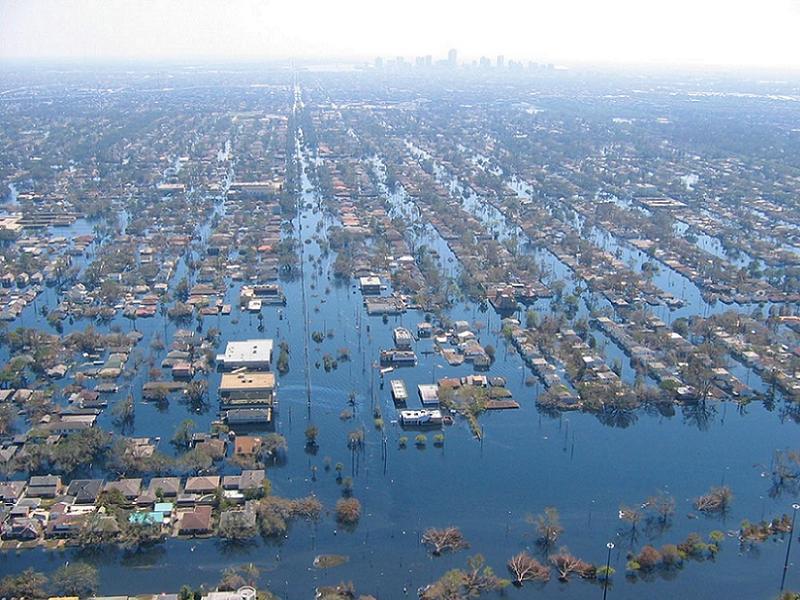 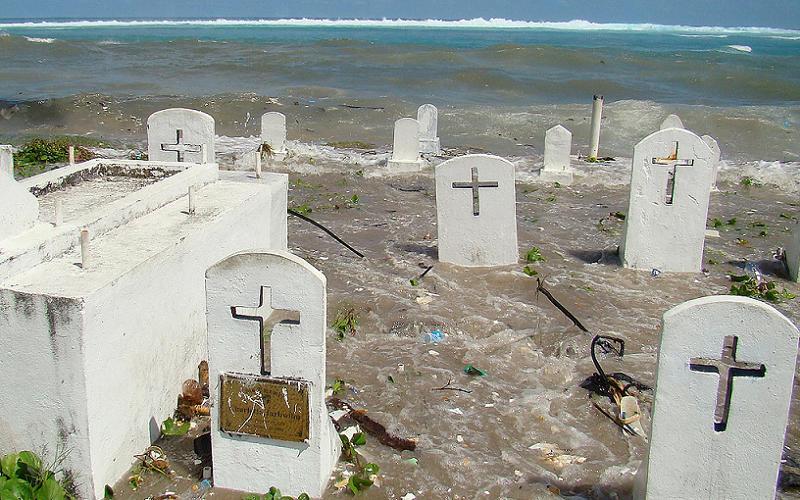 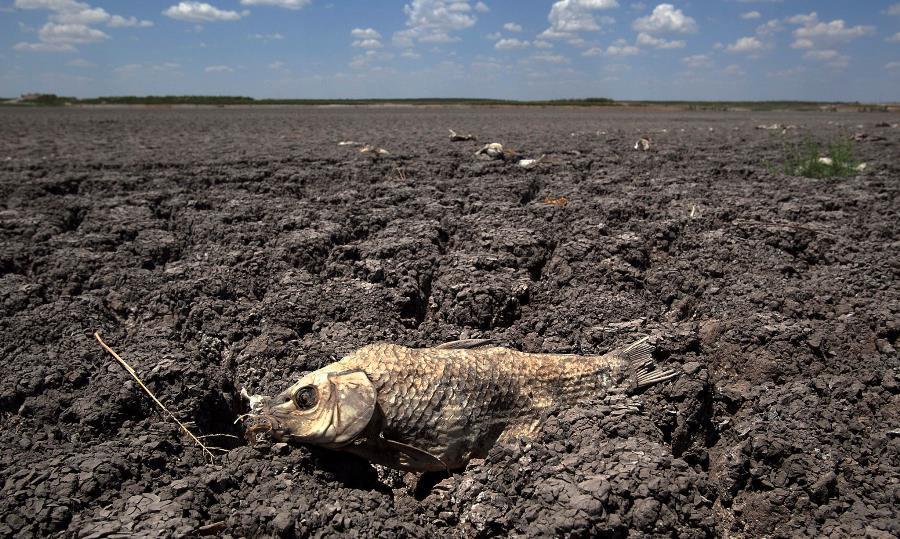 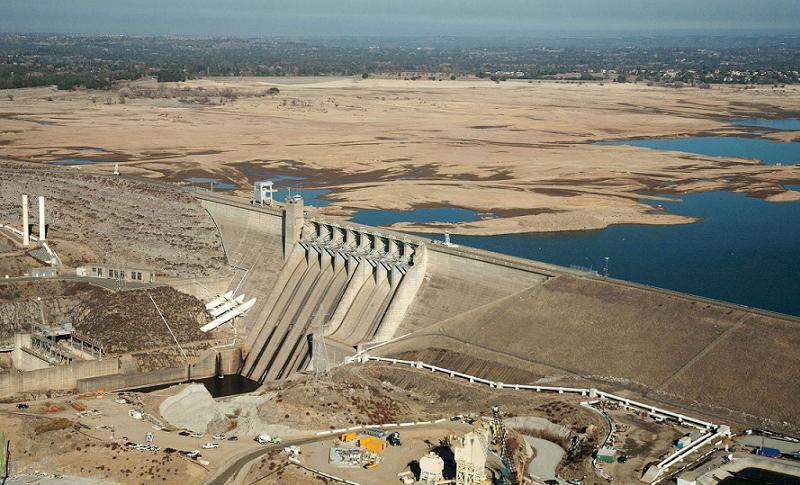 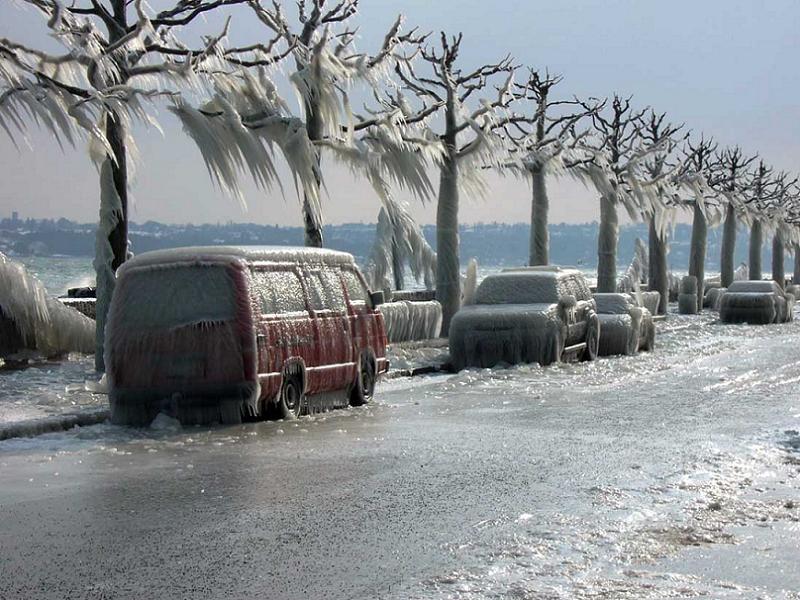 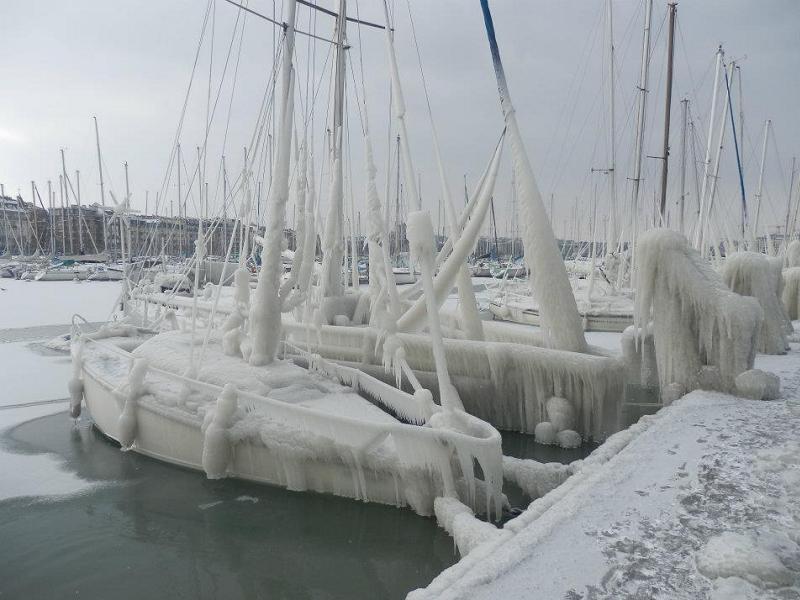 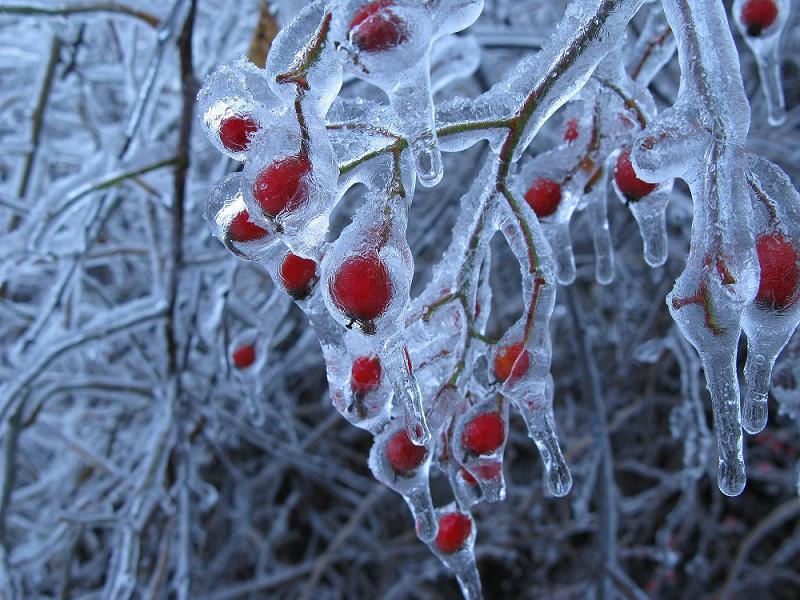 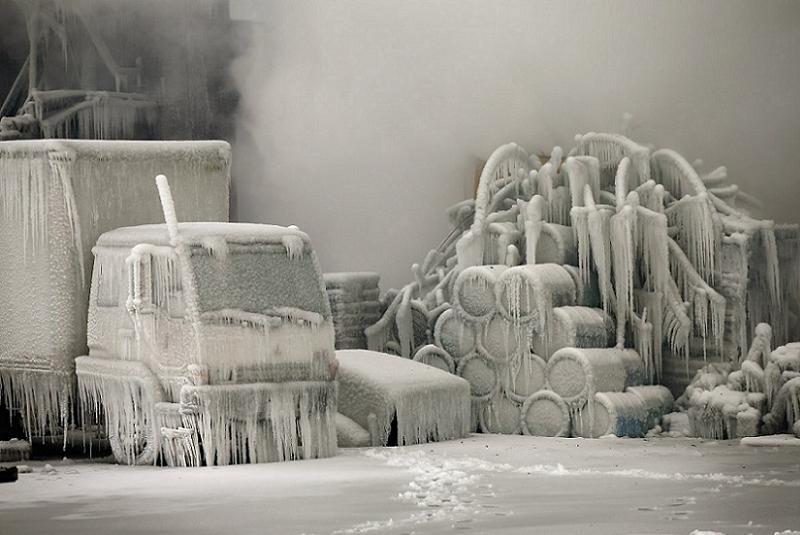 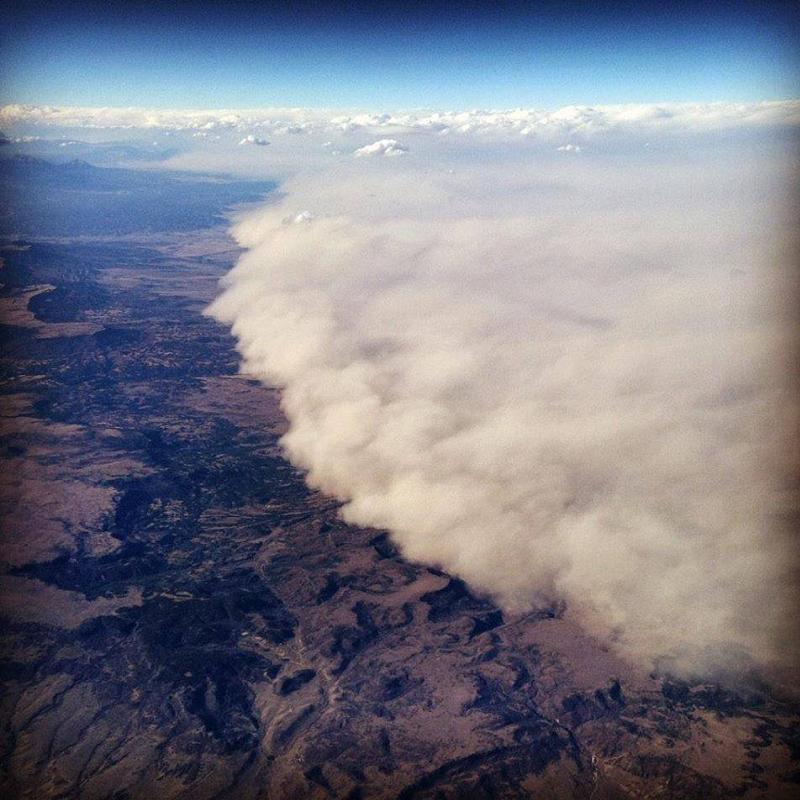 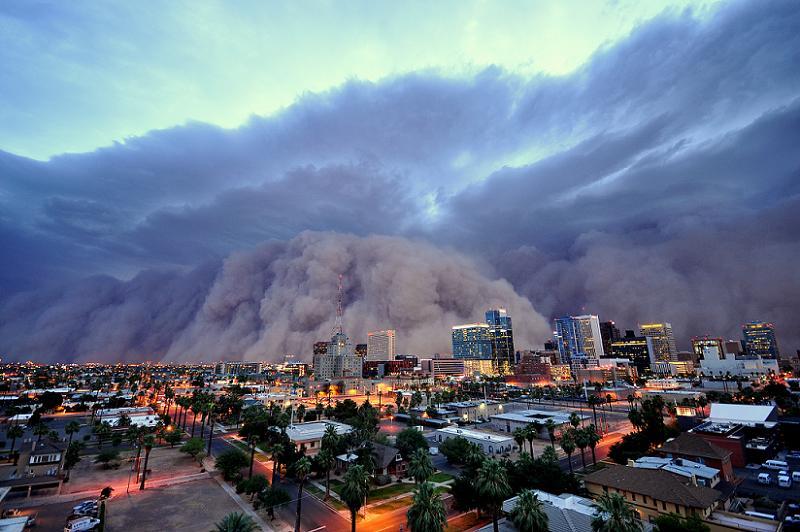 1 of 26
This is a composite image of the Earth in infrared. It shows the temperature differences across the planet as radiation leaks back into space from a (mostly) hot surface. Radiation from the Sun passes easily through the atmosphere, which is why we can see through the air. Once that light strikes the ground, however, some of it is absorbed and re-emitted in much longer wavelengths which have a hard time escaping the greenhouse-style blanket of the atmosphere. This is terrestrial radiation, and it's the reason Death Valley is hotter than Mt. Everest, despite both being at about the same latitude; the less warm rock you have around you, the colder it gets, and the Earth's crust is warmest down where the terrestrial radiation is most abundant. Source: Space
2 of 26
Here's a graph demonstrating the difference in light wavelengths. The rainbow is the bit of the spectrum we call "visible light." Note how the Sun's peak energy is centered on green? It isn't a coincidence that green is the color we see best—it's where the Sun's light is most abundant. Now, look to the right, far beyond our range of vision. That second peak is the frequency range for terrestrial radiation. The frequencies on the left are mostly too short to be absorbed by the atmosphere, so they pass clean through to the ground. The longer wavelengths on the other side are just right for absorption by atmospheric gases—greenhouse gases. Source: University Of Colorado
3 of 26
Earth's atmosphere is mostly nitrogen and oxygen. Together, N² and O² account for 99 percent of the atmosphere. Neither of these molecules contributes to the greenhouse effect. Buried in that last 1 percent, however, are aerosols which excel at gobbling up the Earth's radiant energy. These are mostly CO², methane, and fluoronated gases such as CFCs from back when you were spraying Vidal Sassoon all over your hair. Source: Lane County
4 of 26
Here's a nice, complicated flow chart showing which gases come from where. If you've gone cross-eyed at the sight of it, the upshot is that most of the CO² comes from burning coal and oil, as well as chopping down trees, and much of the methane and nitrous oxide comes from large-scale agriculture. Some of this stuff is natural (such as the nitrous oxide), but the Earth already absorbs the naturally produced greenhouse gases. The problem is in the extra stuff we're putting in the air. Source: WRI
5 of 26
Pictured: What we're putting in the air. Source: Wikipedia
6 of 26
This is the Muir glacier in Glacier Bay National Park. 1941 was an exceptionally cold year, and 2004 was—like a lot of the last 20 years—one of the hottest on record. Much of this melt has been progressive, though, and is the result of decades with less snowfall than there has been snow melt. Source: OSS Foundation
7 of 26
Pedersen Glacier, Alaska, over the course of approximately seventy years Source: Img Kid
8 of 26
Glacier National Park really is one of the most heart-stoppingly beautiful places in the world. Source: Wordpress
9 of 26
See it while you can. Source: Wallpaper Web
10 of 26
Source: National Park Guides
11 of 26
In areas with a lot of ice, rapid melting can create rushing streams of relatively warm water that gouge whole canyons in a single season. Source: NASA
12 of 26
Source: Gallery Hip
13 of 26
As the air traps heat, it warms the ocean. Sea level rise is partly caused by the melting of continental ice sheets and partly from the expansion of the now-warmer ocean. The first sign of this is localized flooding as storm surges drive seawater over levees and up across flood plains. This rise isn't obvious at first, but exceptional events such as hurricanes can temporarily wash out coastal areas. Source: Blogspot
14 of 26
A few times a year, so-called "king tides" occur as a result of predictable alignments of the Earth, Moon and Sun. When the three bodies are all at their closest approaches to each other, and the tide happens to be in, sea level can approach its local maximum. This picture is of the San Francisco waterfront near the Bay Bridge. The Pacific Coast Highway now washes out annually, which it did not do when it was paved. Source: KQED
15 of 26
Source: Bay Citizen
16 of 26
Flooded neighborhoods following Hurricane Katrina Source: Global Change
17 of 26
Source: Al Jazeera
18 of 26
Source: Fabius Maximus
19 of 26
Sacramento's Folsom Lake in 2014. All that brown stuff in back is supposed to be under water. Source: NBC News
20 of 26
At first glance, huge ice storms, such as this storm in Geneva, would seem to be evidence against global warming. On the contrary, the extra energy trapped in the atmosphere drives larger and more powerful storms. If those storms are laden with cold precipitation, the result is a blizzard of unprecedented power reaching into an area where such weather is all but unheard of. Source: Yoga 108
21 of 26
Source: Finding Me In France
22 of 26
Source: Negative 99
23 of 26
Source: Business Insider
24 of 26
As arctic cold fronts blow dry polar air over drought-stricken land the result is mega dust storms, hilariously called "haboobs," such as this one in Colorado. Source: Strange Sounds
25 of 26
Or this one in Arizona. Source: Wordpress
26 of 26 After you look at these staggering global warming photos, check out our other posts on pollution in China and beautiful aerial photographs that reveal our world.