Crustaceans and cephalopods engage in vertical migration on a daily basis. While they can handle the fluctuations in oxygen, climate change might remove a bit too much oxygen for them to handle.

Lily McCormickIn a recent study, scientists attached electrodes to the eyes of larvae and then place them in low and high-oxygen conditions to record their retinal activity.

The octopus is one of the world’s most intriguing animals. The cephalopod is capable of freeing itself from a jar, and even adapting to its surroundings in a stunning form of camouflage still baffling scientists to this day. But our climate crisis might turn them all blind.

According to LiveScience, the invertebrate sees just how us humans do — by turning light particles into useful, visual information to properly navigate its surroundings. But a new study published in the Journal of Experimental Biology indicates that the ocean’s rising temperatures could put a permanent end to that.

Recent research has shown that the amount of oxygen marine invertebrates receive is likely more important for their vision than previously thought.

The study observed a troubling decrease in retinal activity in four species of marine larvae — two crabs, an octopus, and a squid — when they were placed in low-oxygen environments for as little as half an hour.

For some of these animals, even a tiny reduction in oxygen almost immediately worsened their vision. 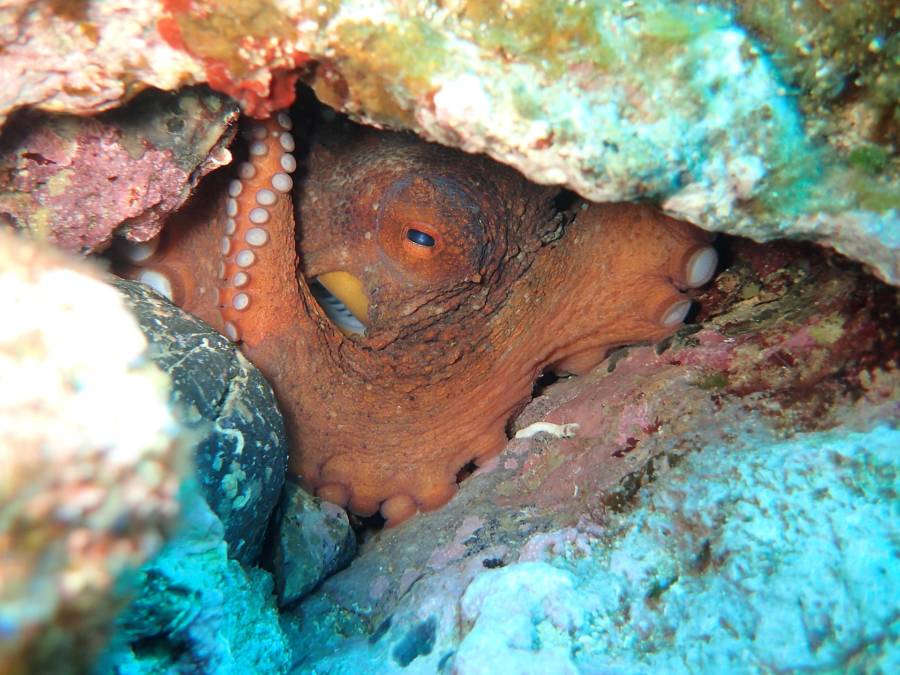 The study’s lead author Lillian McCormick believes these animals likely experience a wide variety of visual acuity in their day to day. By moving from the ocean’s highly oxygenated surface to hypoxic depths, there’s simply no way around it.

The Scripps Institution of Oceanography doctorate is still worried, however.

“I am concerned that climate change is going to make this issue worse,” she said, “and that visual impairment might happen more frequently in the sea.”

To her point, while this spectrum of vision impairment naturally occurs when these species navigate the depths during their daily feeding routines, the ocean’s rising temperatures threaten to throw this system out of wack.

Climate change is, after all, drastically reducing the oceans’ oxygen levels across the globe. One recent study found that the amount of dissolved oxygen in the ocean has been steadily declining for more than 20 years.

All of these were chosen because they’re local to the Pacific Ocean off of Southern California, where McCormick is based, and because they engage in daily vertical migration. The latter factor is, of course, the most useful aspect: by studying their daily descent and observing their retinal activity, the requisite data is collected. 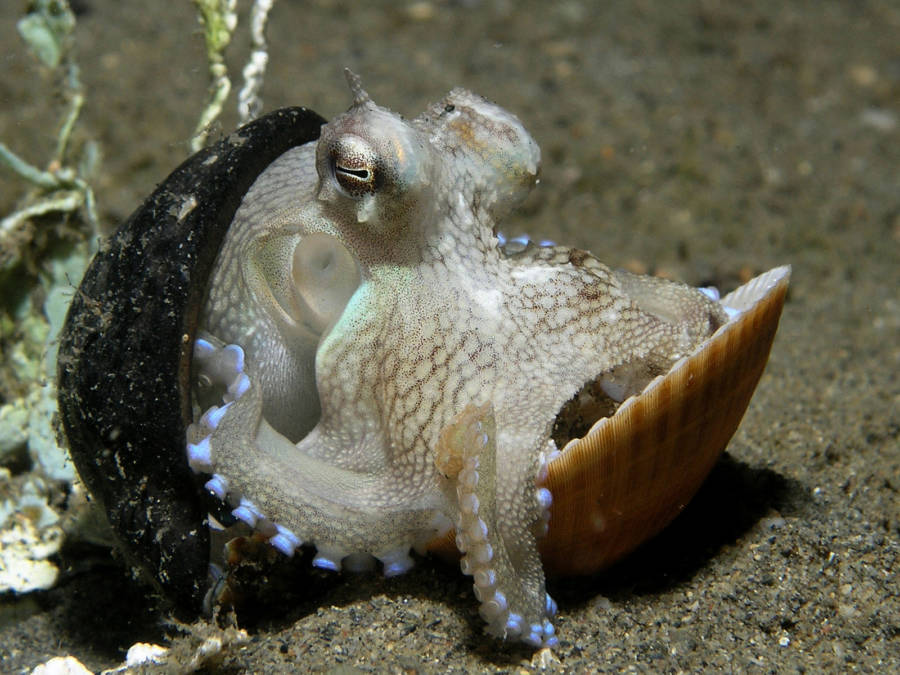 Wikimedia CommonsAll of the test larvae regained their vision by 60 to 100 percent upon being returned to an oxygenated environment. McCormick fears climate change might alter that resilience.

While the ocean is teeming with oxygen near the surface, this isn’t the case 165 feet below. This is where countless crustaceans and cephalopods seek refuge during the day. In order to assess how significantly these changes in oxygen affect their vision, McCormick turned to modern technology.

By attaching stunningly small electrodes to the eyes of each of her test larvae — which were no bigger than 0.15 inches — she and her team could record the electrical activity in their eyes while oxygen levels were modified in a controlled environment.

The data essentially captured how the larva’s retinas reacted to light, “kind of like an EKG, but for your eyes instead of your heart,” McCormick explained.

The larva was put in a tank of water and positioned to face a bright light, which was then altered to analyze and record the variations in visual acuity. Levels dropped from 100 percent air saturation (common for the ocean’s surface) to about 20 percent.

After 30 minutes in low oxygen, the levels were normalized back to 100 percent. What McCormack and her team discovered was that each species had a different tolerance, but all of their visual capabilities were substantially affected in low-oxygen environments.

Each larva’s retinal activity was reduced by 60 to 100 percent.

“By the time I reached the lowest oxygen levels, these animals were almost blinded,” McCormick said. 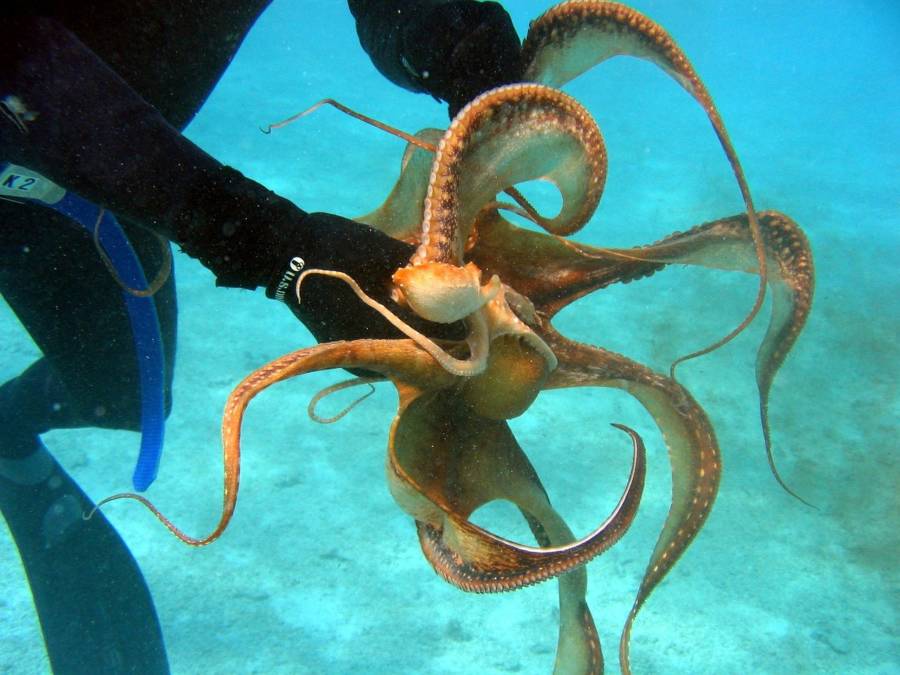 MaxPixelWhile the species used in this study were able to regain their vision and bounce back, impending decreases in the ocean’s oxygen levels could have significantly impede their ability to navigate their surroundings.

Fortunately, the loss of vision wasn’t permanent. Within an hour of being back in an oxygen-heavy environment, all of the test larvae had their vision rise by a minimum of 60 percent, with some reaching 100.

But they might not bounce back so easily from climate change-induced oxygen reduction.

A 2017 study published in Nature revealed that the oceans’ oxygen levels have dropped by 2 percent in the last 50 years. They’re projected to drop by an additional 7 percent by 2100 — making it difficult to stay optimistic that these creatures will be able to adapt to such staggering shifts.

For now, at least, these marine crustaceans and cephalopods are doing an admirable job of putting up with our mess on land.

After learning about global warming directly affecting the vision of our oceans’ octopuses, take a look at 25 global warming photos that prove you have no more excuses not to “get” climate change. Then, learn about Antarctica’s loss of 3 trillion tonnes of ice since 1992 and the speed only increasing.