Cochise: The Legendary Apache Leader Who Fought For Tribal Freedom

Cochise fought for the freedom of his people, but Union betrayal and depleted resources kept him from achieving true liberation for the Apache. 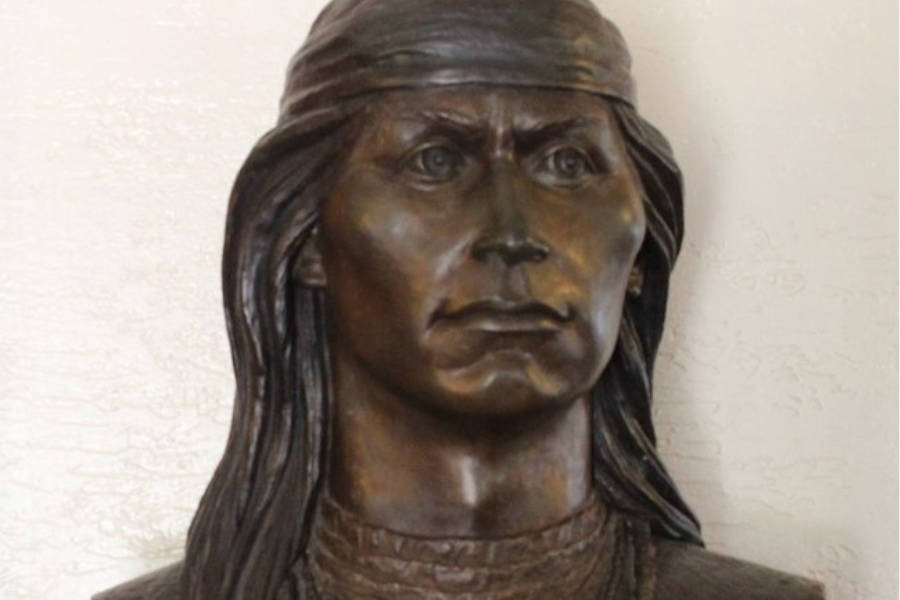 On July 15, 1862, the 2,500 men of the California Column, a force of Union volunteers led by Captain Thomas L. Roberts, were marching through Arizona Territory toward New Mexico.

It had been a little over a year since the American Civil War began and Union soldiers had just pushed a Confederate garrison out of Tucson; now they hoped for similar success in Arizona’s east. But at noon that day, on their way through the Apache Pass, they encountered a different enemy.

There were only 500 Apache warriors, but the odds were not in the Union’s favor. The soldiers had spent days walking across the Arizona desert, plagued by heat and dehydration, and their defenses were low.

The Apache, on the other hand, were experienced in battle and had ambushed their foes. Led by their leader Mangas Coloradas and his son-in-law Cochise, the Apache held the higher ground, preventing the Union soldiers from reaching the Apache Spring.

Ultimately, though, the Apache’s rifles and bows and arrows weren’t a match for the Union’s howitzer cannons. By July 16, the California Column reached the spring.

But the battle wasn’t over yet. Hiding behind his dead horse, Army Private John Teal fired a shot that hit Mangas Coloradas in the chest, seriously wounding him.

Cochise would never forget the vicious act, fueling the fire of the Chiricahua War and turning him into a legendary leader.

The Early Life Of Cochise

Long before the American army invaded their lands, the area that is now Northern Mexico and southern Arizona was inhabited almost exclusively by Native American tribes. One of them was the Chokonen-Chiricahua, the band of Apache that Cochise was born into. He is thought to have been born between 1805 and 1810, though his exact date of birth is unknown.

For years, European settlers attempted to gain dominion over the Chiricahua lands. And for the most part, the Chiricahua had been successful in holding them off.

According to Legends of America, when the Mexicans took over Apache land, they gave the Apache food rations in order to placate them. But the Apache became increasingly dependent on those rations, and when they were taken away in 1831, the Chiricahua raided Mexican food stockpiles. The Mexicans then retaliated with brutal force.

Cochise’s father was killed in one of these battles. Following his father’s death, a deep sense of vengeance ignited within him, fueling his hatred for the Mexicans and Europeans, and deepening his resolve to end the war.

While he appreciated the need for war, Cochise was, at heart, a peaceful man. Rather than turn to battle to solve every problem, he attempted to first use persuasion and conversation.

At times, it succeeded, to the point that long periods of peace were achieved, resulting in trading between settlers and tribes, and agreement on land borders.

Battle On The Horizon: The Bascom Affair 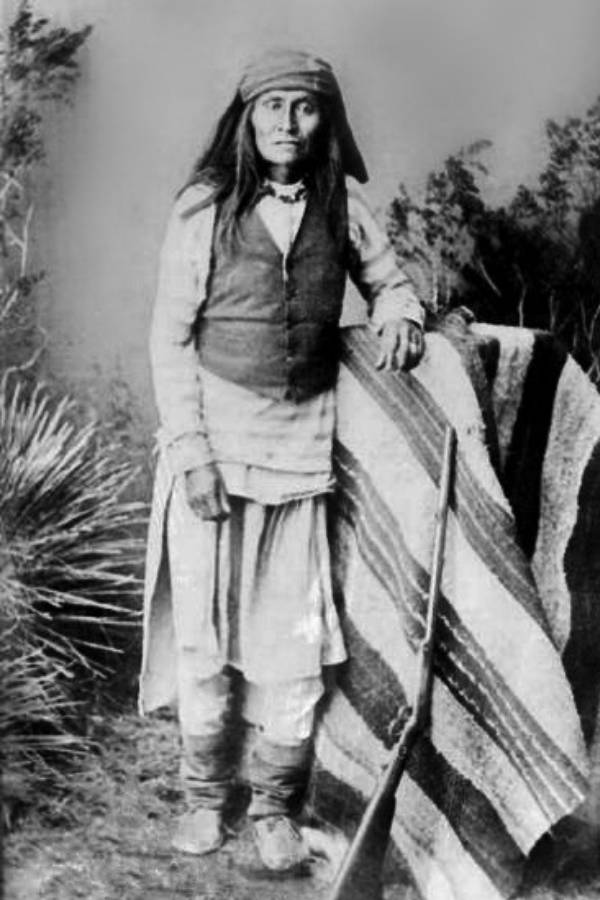 National Parks ServiceMangas Coloradas, whose death was the reason that Cochise went to war.

In 1861, following a period of relative peace, hell broke loose for Cochise and his people. A raiding party of Apache from a distant tribe invaded the ranch of Irish-American John Ward, driving away his cattle and kidnapping his young adopted son, Felix Tellez.

But Cochise wouldn’t go down without a fight. He slashed his way out of the tent he was held in and escaped.

Unfortunately, Bascom’s men kidnapped several of Cochise’s family members, intending to hold them hostage in exchange for Cochise himself. Cochise, in turn, kidnapped several white settlers in the interest of trading them for the Apache people.

Tragically, the negotiations never happened, and both sides ended up killing their hostages.

With his father-in-law Mangas Coloradas, Cochise led an army of Apache men in battle against the U.S. Army, in what would become an 11-year series of battles between the Chiricahua and the Americans.

Years later, a U.S. Brigadier General would blame Bascom for the war. He said of Cochise, “This Indian was at peace until betrayed and wounded by white men.”

Cochise And The Chiricahua Wars 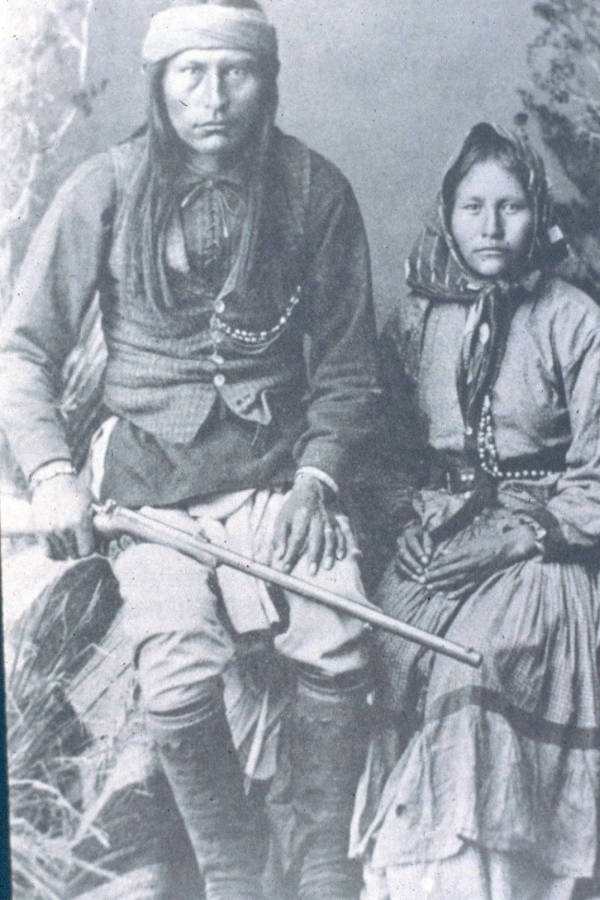 For many years, it seemed possible that the Chiricahua would win the war.

For one, the warriors were much more accustomed to fighting in the harsh southwestern terrain, as opposed to the settlers who had to be brought in from the east or the north. The Apache knew the area better and were able to change battle tactics accordingly, unlike the American military.

Cochise and Mangas Coloradas banded their tribes together for raids on white settlements. One of these was the Battle of Dragoon Springs, in which the Native Americans killed three Confederate soldiers and captured a number of livestock. With the Union and Confederate Armies distracted by their civil war, the Chiricahua were able to get an upper hand.

In 1863, Mangas was lured into a meeting with Union Army officials under a white flag of truce. The army captured him, tortured him, and killed him when he allegedly “tried to escape.”

But after many battles, bloodshed and betrayal, the Chiricahua Wars did come to an end.

In 1872, Cochise was convinced by his only white friend, Tom Jeffords, to accept the negotiation of a peace treaty with the United States. After a few days, an agreement was reached, and Cochise was free to retire in peace to the newly formed Chiricahua Reservation.

“Hereafter,” Cochise said, “the white man and the Indian are to drink of the same water, eat of the same bread, and be at peace.”

He lived there for the rest of his life until dying from natural causes in 1874. The reservation would be disbanded two years later. No living person knows where Cochise was laid to rest.

Cochise County in Arizona, as well as the Cochise Stronghold mountains and the town of Cochise, are all named in his honor.

Jeff Chandler’s Cochise tells his tribe that he wants to attempt peace with the Americans in the 1950 film Broken Arrow.

While the legend of Cochise lives on, his face does not. There are no known photographs of Cochise, and few artists have attempted to depict him. However, his image has been taken up by several actors in mid-20th-century westerns.

Jewish actor Jeff Chandler portrayed Cochise in three different films, starting with the 1950 picture Broken Arrow (not to be confused with the John Travolta/Christian Slater flick of the same name), opposite James Stewart’s Tom Jeffords.

In many of these films, Cochise is depicted as a peaceful man, hungry only for the end of the war — not for violence. But some later films — as with many films depicting Native Americans — made him out to be an angry man looking to rid the world of white people.

Freddie Kaydahzinne and his son Bo, both descendants of Cochise, sing a song in Apache.

Cochise’s descendants – many of whom live on reservation lands in Mescalero, New Mexico – have a different idea of their ancestor. One of those descendants is Freddie Kaydahzinne, who’s now a tribal museum curator.

“When the white man came and we were subjected to colonization and missionization,” said Kaydahzinne. “Cochise was able to keep his people together so they would not lose their identity.” When he learned as an adult that he was related to Cochise, “It thrilled my heart that I came from a great blood line.”

After reading about the life and times of legendary Chiricahua leader, Cochise, take a look at these stunning photos of the Crow Tribe before their culture was all but stamped out. Then, learn about Ishi, the “last” Native American.