The 1883 Krakatoa Eruption: The Explosion Heard Round The World And The Loudest Sound Ever

The earthquakes, weather events, and tsunamis caused by the Krakatoa eruption of 1883 were felt even thousands of miles away. 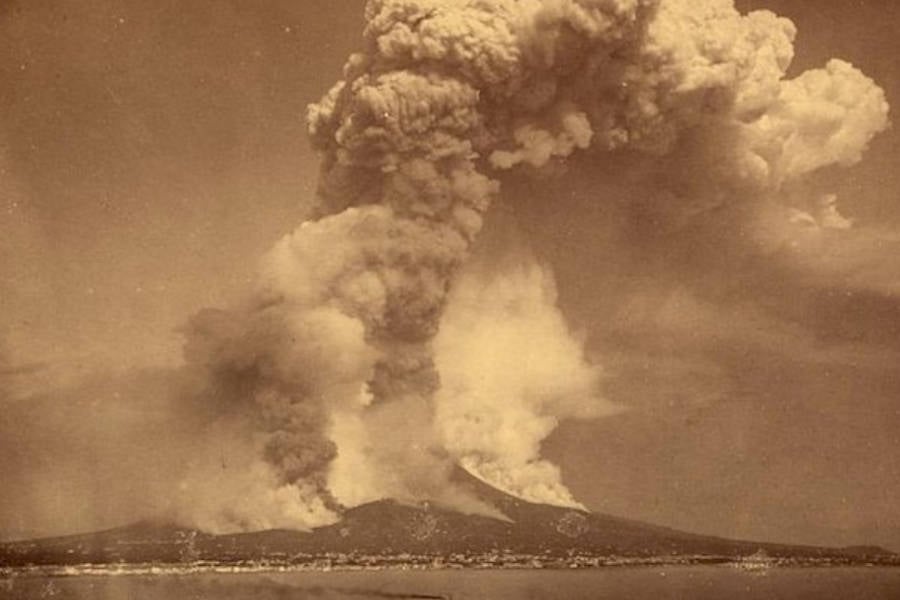 Library of Congress The Krakatoa eruption of 1883 is considered the loudest sound ever.

On the morning of August 26, 1883, the residents of the island of Krakatoa in the Sunda Strait of Indonesia, then-Dutch East Indie, arose like it was any other day. They went about their business as smoke trailed from the three volcanic cones that dotted the island. The smoke was new, but not unusual, as the island was made up of three active volcanoes. While it was a cause for pause, for many residents, it was no cause for alarm.

But it should have been. By the next evening, the smoke would turn into an eruption that would shatter the island and leave behind only 30 percent of the land as it turned the rest of it to ash. Over 36,000 deaths would be reported from the blast and the Krakatoa tsunamis that followed.

Its impact would even be felt in New York City and is still considered to be the cause of the loudest sound ever recorded in human history.

The Krakatoa eruption would be a devastating one. One which, even now a century and a half later, is still one of the worst in history. 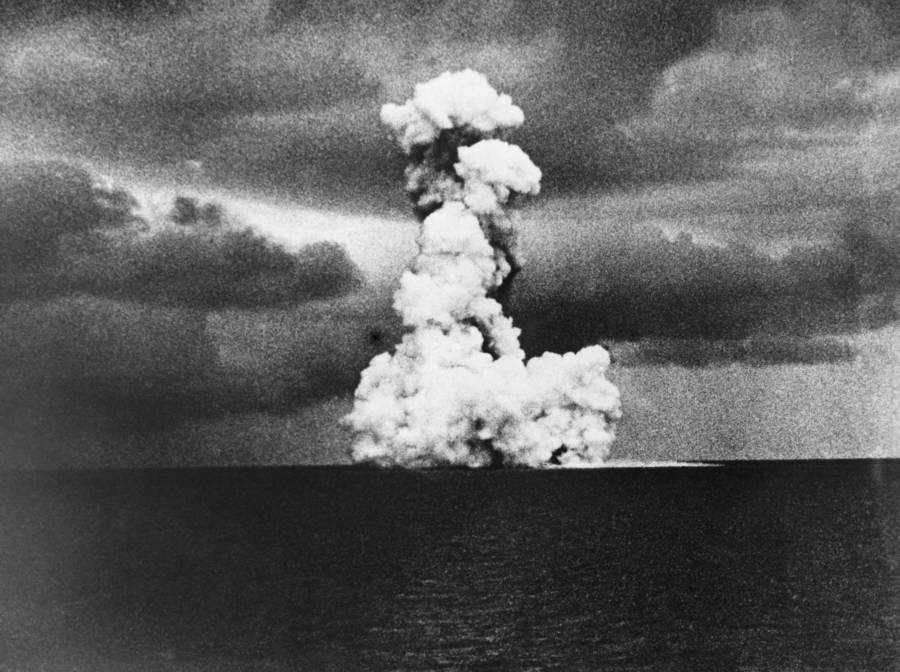 The seismic activity that led up to the Krakatoa eruption began several months before. Starting in May of 1883, steam and smoke began venting from the northernmost cone, known as Perboewatan. A few minor explosions were reported as well as tidal waves and pumice patches in the Indian Ocean. While seismologists at the time were recording the reports, they were not as much of a cause for alarm as other events in the area.

In June, a more massive eruption took place which covered the island of Krakatoa in smoke for almost a week. It was this explosion that is now believed to be the one that prompted the third and most dangerous of the eruptions, as once the smoke cleared two ash columns were seen coming from the island.

By the beginning of August, smoke steadily exited the volcanoes and the air was consistently ashy. Still, eruptions had taken place on the island before and nothing terrible had happened yet.

Then at 2 p.m. on August 26, the volcano released a solid cloud of ash that covered the island and extended 17 miles into the air. From then on, the eruptions were continuous, with loud explosions occurring roughly every 10 minutes.

Nearby ships circling the islands in the Indian Ocean also felt the repercussions and noted ash and hot pumice falling from the sky onto their decks. Overnight, two small Krakatoa tsunamis hit the nearby islands of Java and Sumatra — both of which are 25 miles away from the volcano.

By the next morning, the eruptions had gathered even more momentum and culminated in four enormous explosions. The first came from Perboewatan, the northernmost cone, and the second from Danan, the middle cone. But, it was the third Krakatoa eruption that was the most catastrophic. 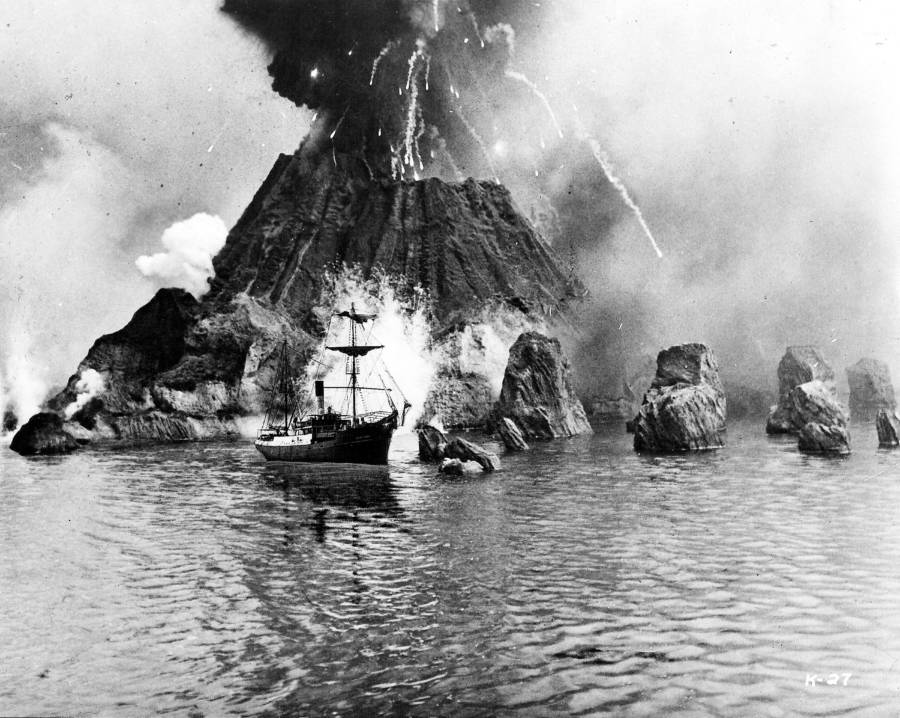 Universal History Archive/UIG via Getty imagesA still from a 1969 disaster film depicting the 1883 eruption of Krakatoa.

At 10:02 a.m. on August 27, Krakatoa erupted with a sound that is, to date, considered the loudest sound ever clocking in at 310 decibels. For reference, the sound from the atomic bombs dropped on Hiroshima and Nagasaki were 248 decibels.

Experts believe anyone standing within 10 miles of the explosion would have been rendered instantly deaf. The eruption was loud enough that it was heard by residents of Perth, Australia, some 1,900 miles away, as well as residents of the island of Rodrigues which was 3,000 miles away.

The energy released from the Krakatoa eruption has been estimated to be equal to about 200 megatons of TNT. The Tsar Bomba, the most powerful thermonuclear device ever detonated, only released the equivalent of about 57.

By 10:41 a.m., only a third of the island of Krakatoa remained. Only the third cone, Rakata, remained, and even then half of it had slid into the ocean. The landslide triggered the fourth and final explosion. Though the explosions were deadly in their own right, they set off a chain of events that were felt miles away, and years in the future. 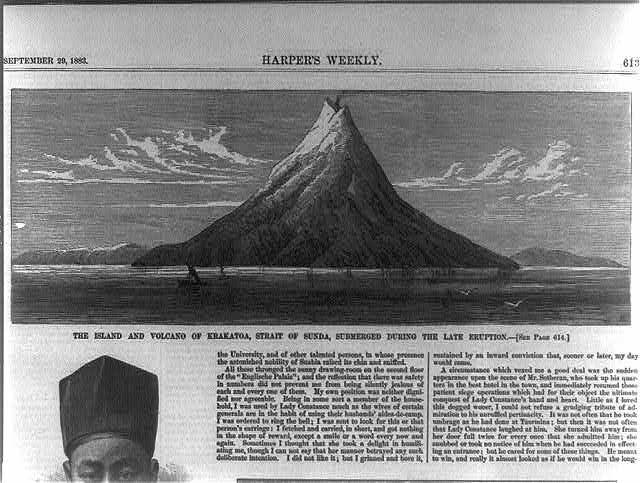 Library of CongressHarper’s Weekly article on the horrific 1883 explosion.

Tsunamis caused by Krakatoa reached 98 feet high. The Sumatran coastline was devastated by waves and erosion caused by the blasts. A pressure wave from the third explosion traveled over 670 miles out from the island.

Finally, two days of devastation later, the volcano went silent. But only 30 percent of the original island remained.

Further felt was the human devastation. While much of the land in the surrounding areas were left to nature to reclaim, the Dutch authorities were in charge of reclaiming the bodies of the victims. 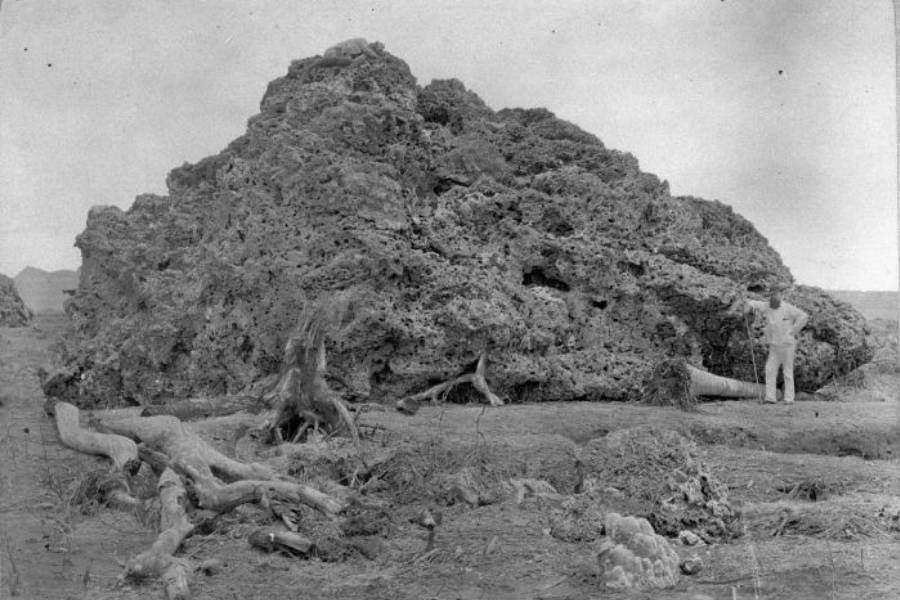 Wikimedia CommonsAn enormous piece of coral that was blasted out of the sea and onto a nearby island.

In the months following the Krakatoa eruption – and the years following it – ship captains and coastal officials reported piles of skeletons floating in the sea, clinging to pumice stones, covered in volcanic ash. A year after the explosion, a group of skeletons washed up on the shore of South Africa in the same condition.

It took a few years, but Dutch officials finally released a death count at 36,417. Not even all of these victims were from the island. Sumatra reported 1,000 dead, and not one of the 3,000 residents of the nearby island of Sebesi survived.

Those that did survive the blast would feel its effects for years. Even as far as California, the impact of the Krakatoa eruption on the climate would be felt.

San Diego and Los Angeles received record rainfall, but no El Nino was sparked. The sky above the Eastern Seaboard was lit up as if on fire, and indeed reports of fire trucks being called to put out an unseen blaze were made in New York City, Poughkeepsie, and New Haven.

Many artists depicted the blaze-like phenomenon at the time, and it’s theorized that the red sky in Edvard Munch’s The Scream was a depiction of the sky over Norway at the time. 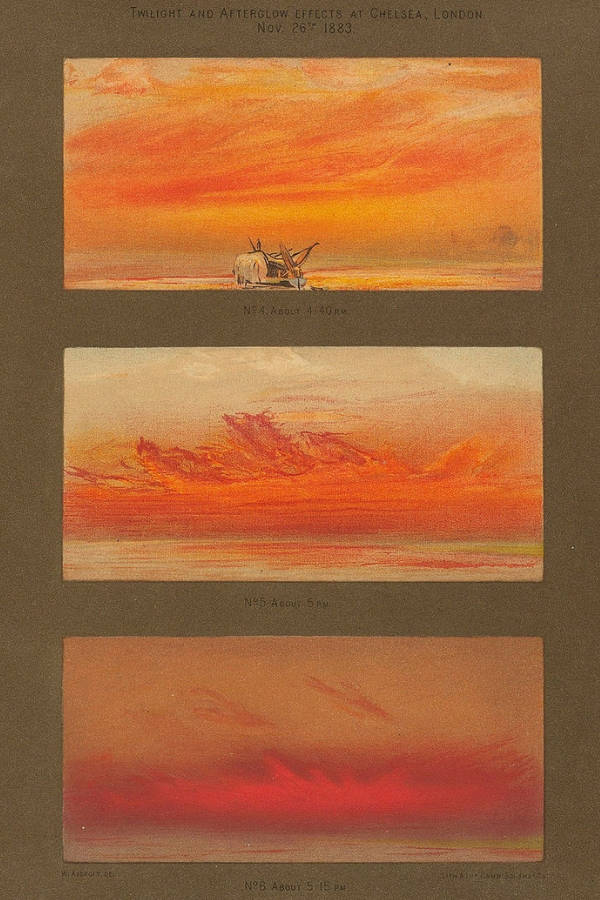 Wikimedia CommonsThe red sky as seen on the eastern seaboard.

For several years following the blast, odd weather patterns were reported as well as distorted views of the sky. There were reports of the moon turning blue or green and the sun turning purple. All have been attributed to the volcanic smoke from the Krakatoa eruption of 1883.

For the next few years, reports persisted that Krakatoa was still erupting and committees were formed to verify and, in the future, keep watch over the activity.

A simulation of Krakatoa tsunamis caused by the unparalleled eruptions of 1883.

Until 1927, eruptions continued to redistribute the land around Krakatoa island but none came close to the loudest sound ever. A second island was formed from the ashes of this major explosion, known today as “The Child of Krakatoa,” or Anak Krakatoa.

Each year from 2009-2012, Anak Krakatoa erupted, and it suffered a major collapse in 2018. Today the volcano is but a mile long but over 1,300 feet high and it continues to release little eruptions. Worse still, it grows some 16 feet each year.