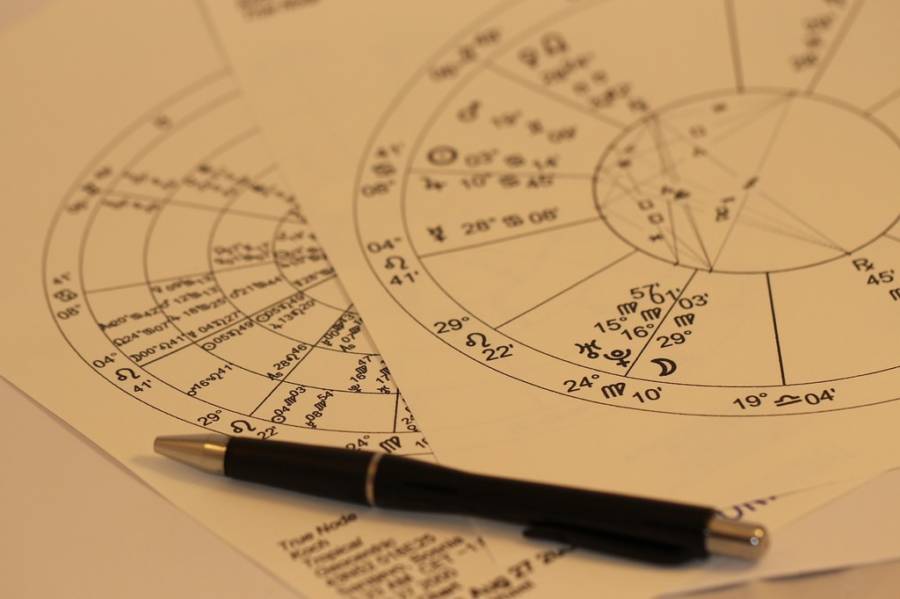 Have you hallucinated your family to be rats? Do you suffer from pain after committing adultery? Did you see the devil himself?

If you have, then you are among some 80,000 patient cases recorded and undertaken by 17th-century doctors Simon Forman and Richard Napier. The doctors were infamous in their time for their ability to diagnose and cure patients of any ailment, ranging from bewitchment to venereal diseases, by consulting the planets and stars.

In the wake of their deaths, the two astrology doctors of 17th-Century England left behind an expansive archive of 80,000 patient records which were haphazardly documented in 66 calf-bound volumes.

According to Phys, a team of researchers from Cambridge University have finished the arduous task of sifting through these illegible scribbles and messy astrological diagrams to finally complete a digitized library of them now known as The Casebooks Project.

To make the immense archive even more accessible to the public, the Casebooks team has translated and displayed 500 of their favorite patient cases from the Forman and Napier journals on an online library via WordPress.

Before the last decade, historians had tried without success to decipher the bizarre medical ledgers which are full of strange cases of angelic visitations, bad dreams, unhappy marriages, and accounts of delirium, depression, and lovesickness. Both practitioners had terrible handwriting and jotted down notes about their patients in a form that only they could understand.

Now, after 10 years, these records have finally been transcribed and digitized.

“Our transcriptions are the very tip of the iceberg: thousands of pages of cryptic scrawl full of astral symbols, recipes for strange elixirs, and details from the lives of lords and cooks maids suffering with everything from dog bites to broken hearts,” said Professor Lauren Kassell from Cambridge’s History and Philosophy of Science department.

“Our vast digital project… will send future generations tumbling down the casebooks rabbit-hole.” Indeed they will.

The astrology doctors worked on a “horary” basis which meant that their practice relied heavily on a Q&A session with the patient in order to determine how to treat them. Patients would pose a question, something like “what’s my disease?” and the two witch doctors would read the planetary chart in search of answers.

Their case notes contain information about specific dates and times, names, location, and other details related to the client’s session. The majority of cases come with an astrological reading of the 12 astrological houses and the doctors’ conclusions as to what the patient’s ailment is and how to remedy it. 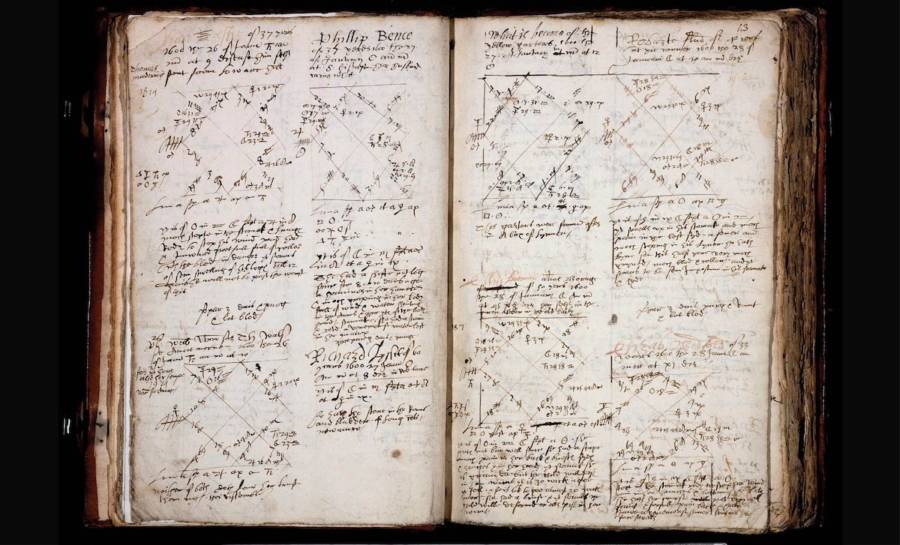 “A purge, upwards or downwards, was induced by a potent concoction. Ill health was considered an imbalance in the body, corrected by expulsion of blood or bile,” Kassell explained.

Forman and Napier took on a lot of clients who were suffering from suicidal thoughts and other strange behaviors related to mental health. During those times, harmful thoughts were often considered the result of incantations or demonic possession, and the duo would often prescribe “counterspells” to get rid of the evil inside them.

A closer look at the transcriptions reveals that the doctors’ incoherent writings sounded almost as mad as the patients they were treating.

In the case of 23-year-old Katherine Ignoram of Rishdon, who was unable to have sex with her husband because whenever he tried to touch her it made her feel “a yucking up of her meat,” followed by “falling down dead for 3 hours,” the astrological doctors prescribed blood-letting and purging. Blood-letting and purging were prescribed for women who experienced “bad marriages” or couple troubles as well.

Meanwhile, Richard Cowly of Tinswicke, who was 30 and clearly over his crush, “has taken great grief touching one whom he loved & promised marriage & is now married,” the doctors wrote. In the astrological charts, they noted: “Trine between Jupiter and Mercury approaching May 2.”

Stranger still was the case of 28-year-old John Wilkingson of Olny who slept with another man’s wife and then “had a thrust with a rapier in his privy parts & cut the conduit of his bladder & voids blood like the bloody flux beneath,” which resulted in the loss of all his hair.

Because of the journals’ unusual mix of both common medical remedies, celestial readings, and do-it-yourself witchcraft potions, the centuries-old journals have fascinated those from the medical field and many whom are involved in the occult.

Kassell hopes that the newly deciphered records will “open a wormhole into the grubby and enigmatic world of 17th-century medicine, magic and the occult” for the public.

Next, learn about Syndrome K, the fake disease that three doctors created to fool Nazis and save Jewish lives. Then, read about 21 evil doctors who were also serial killers.