Last week, a pretty distressing figure made waves — though probably not as many as it should have: 93 percent of the Great Barrier Reef (the world’s largest coral reef) is now in danger of dying. Here’s what’s at stake if one of the world’s most unique ecosystems collapses: 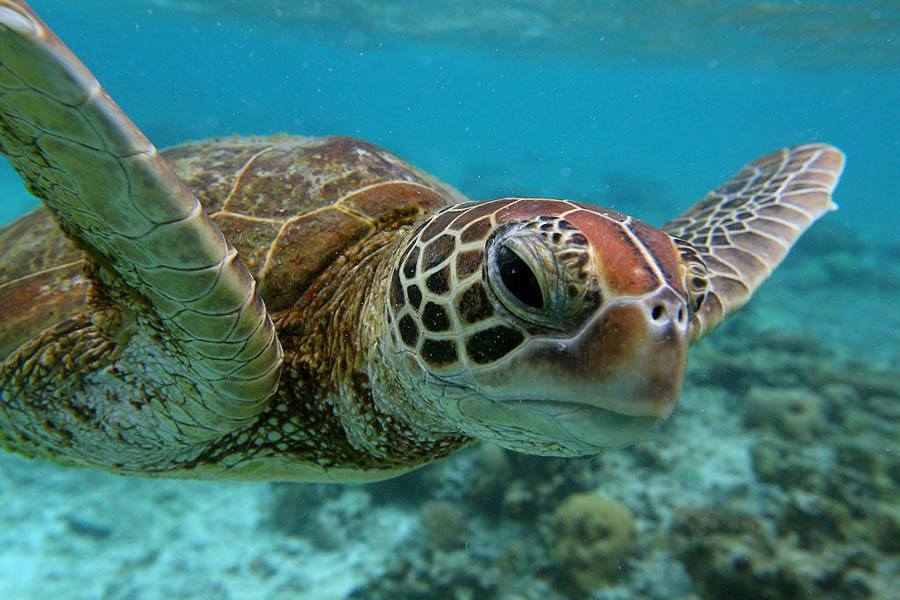 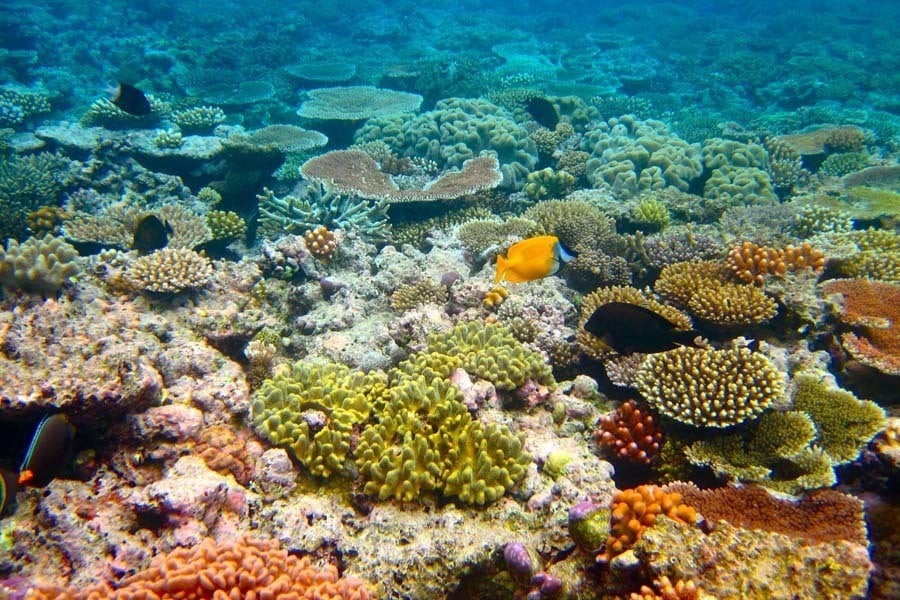 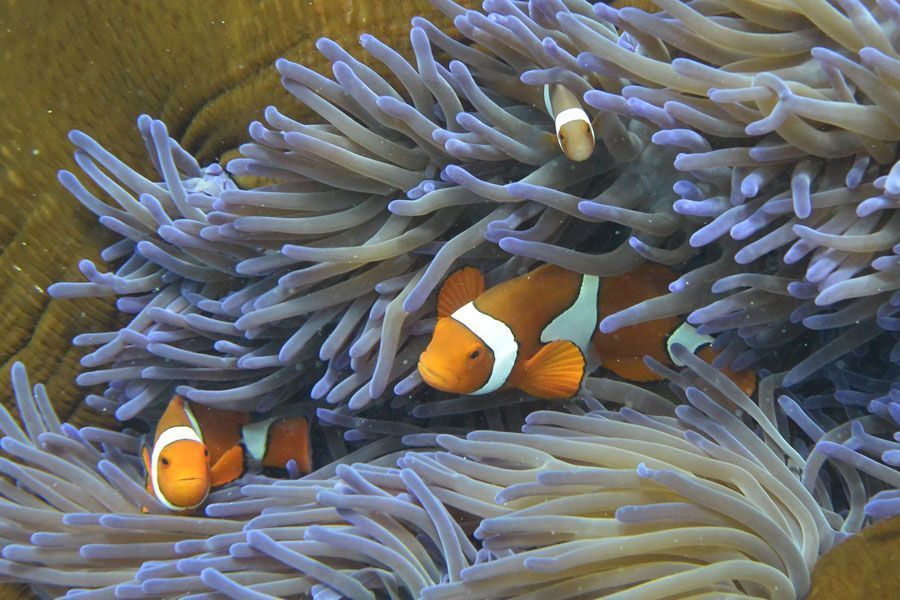 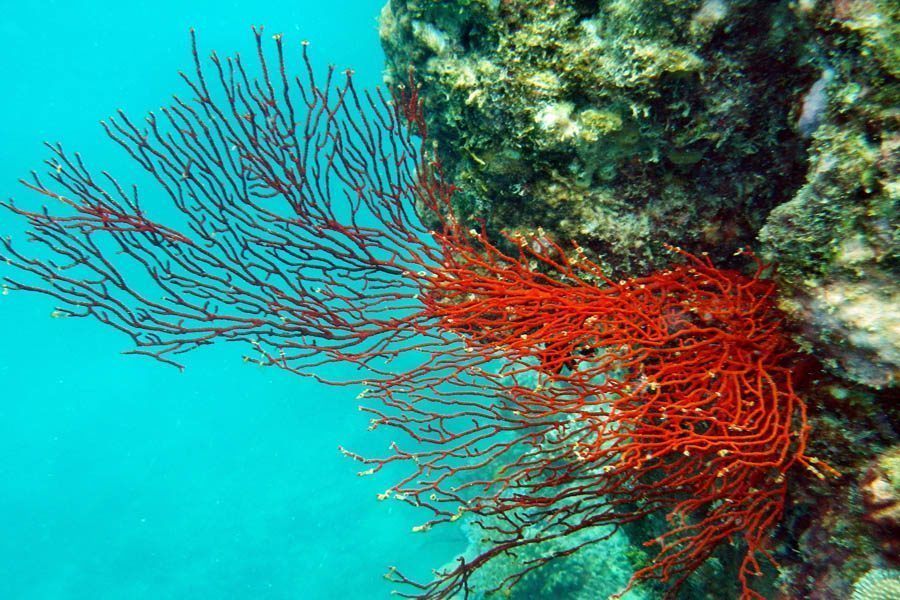 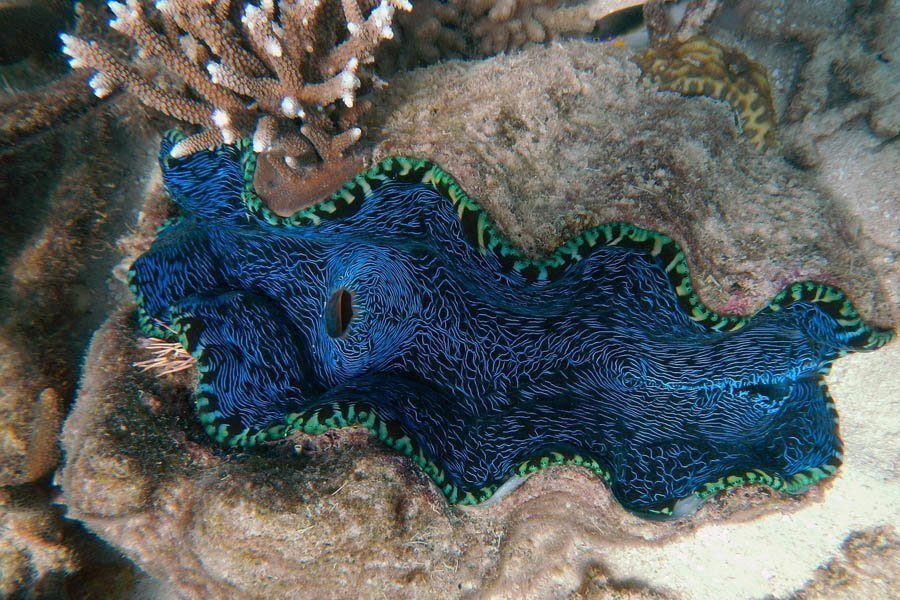 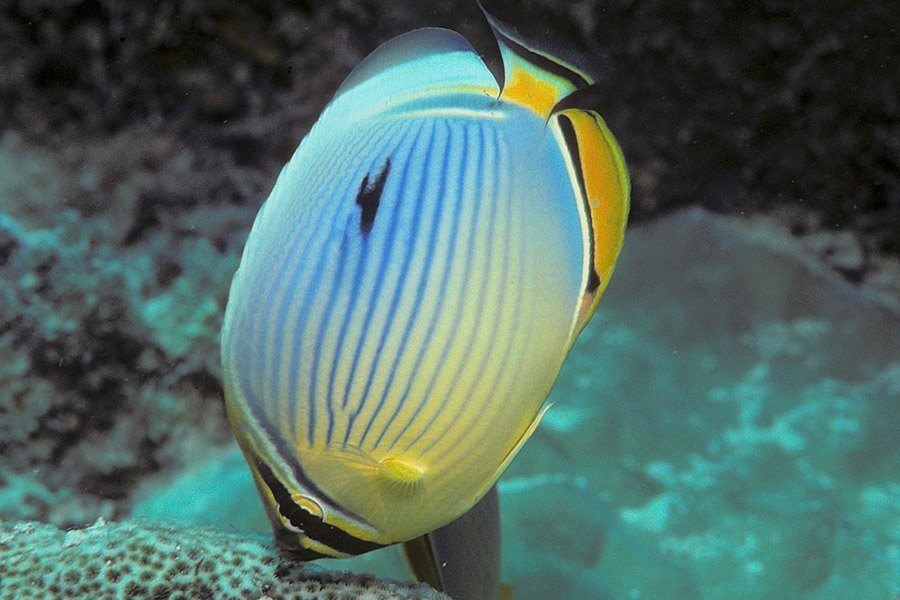 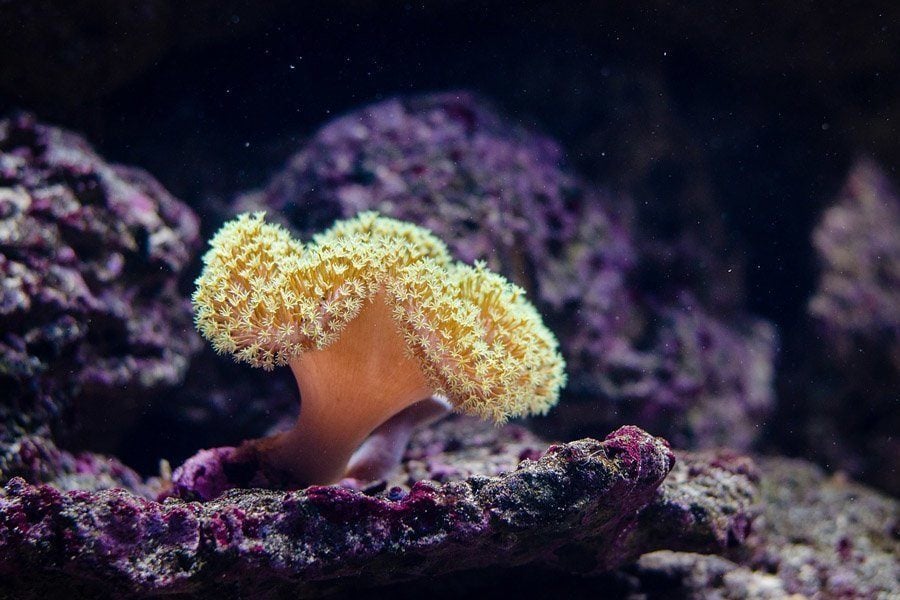 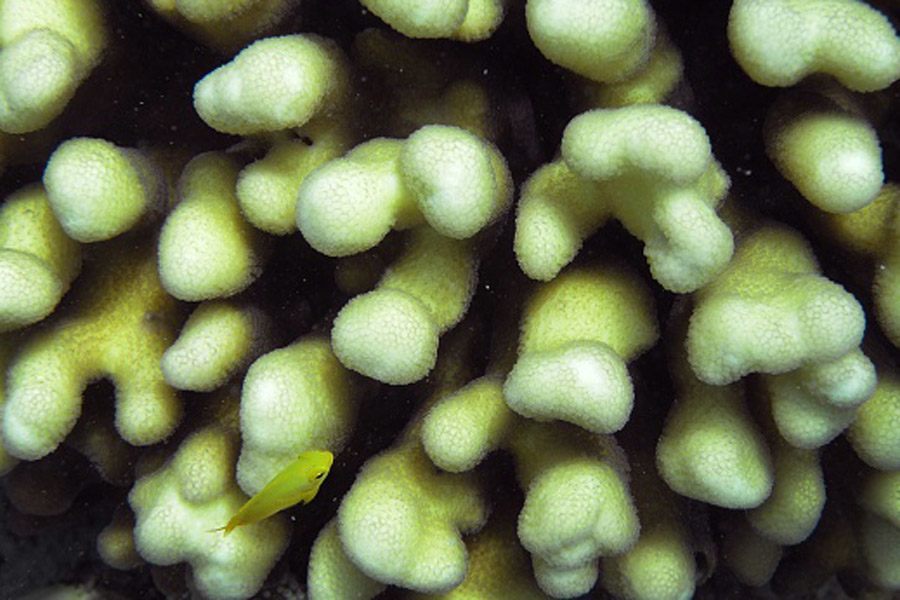 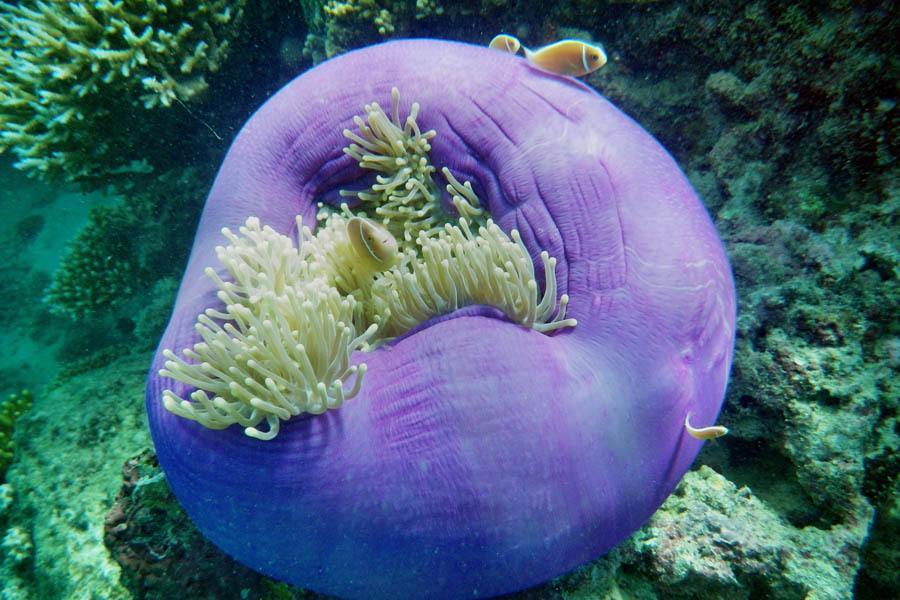 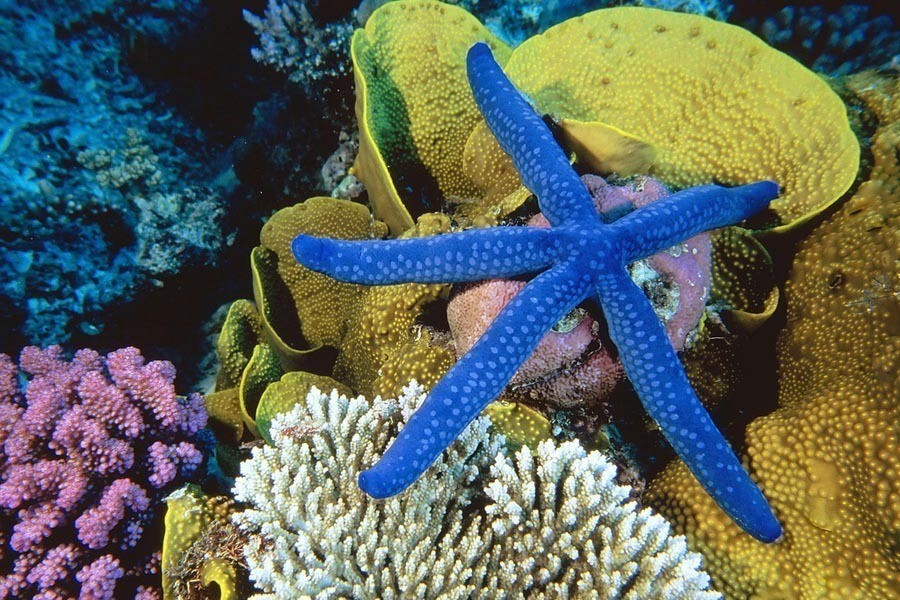 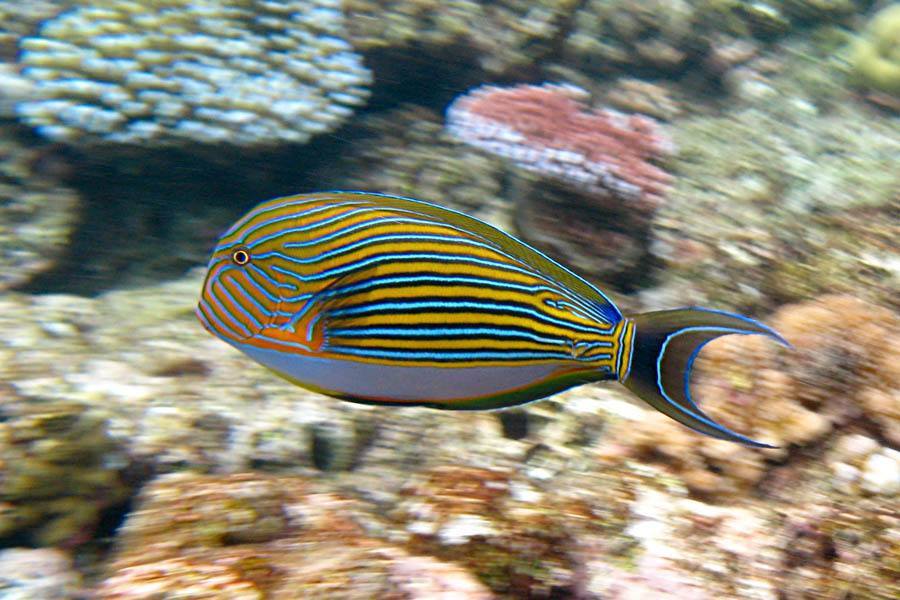 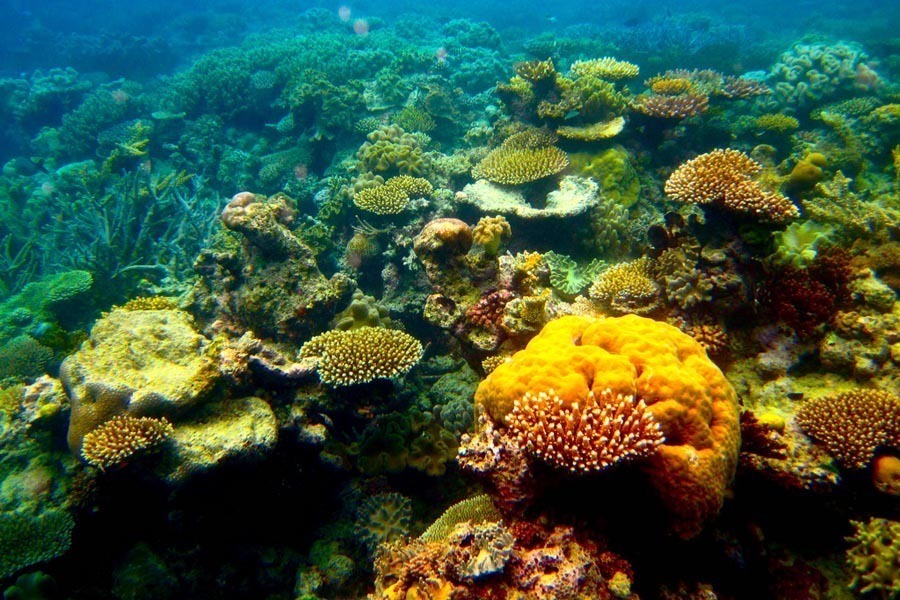 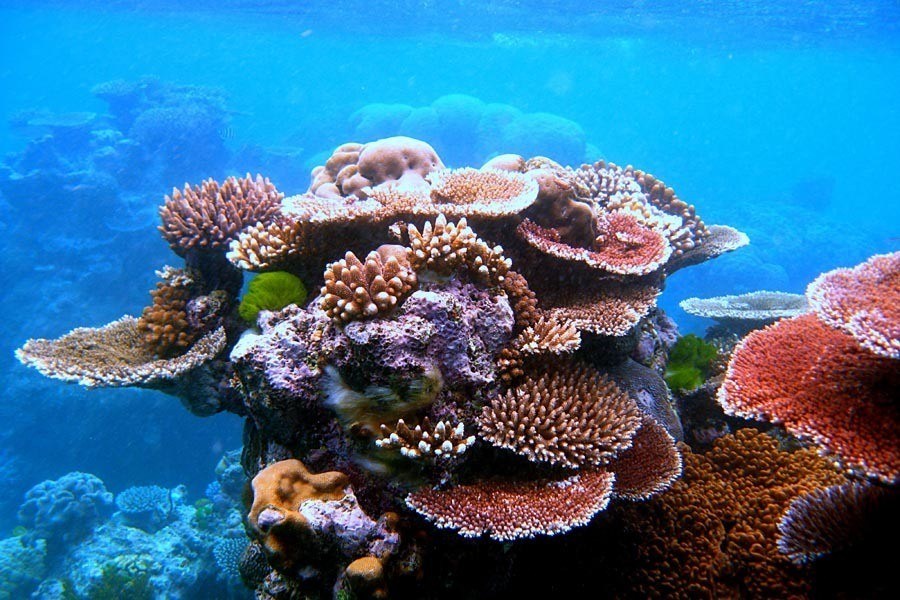 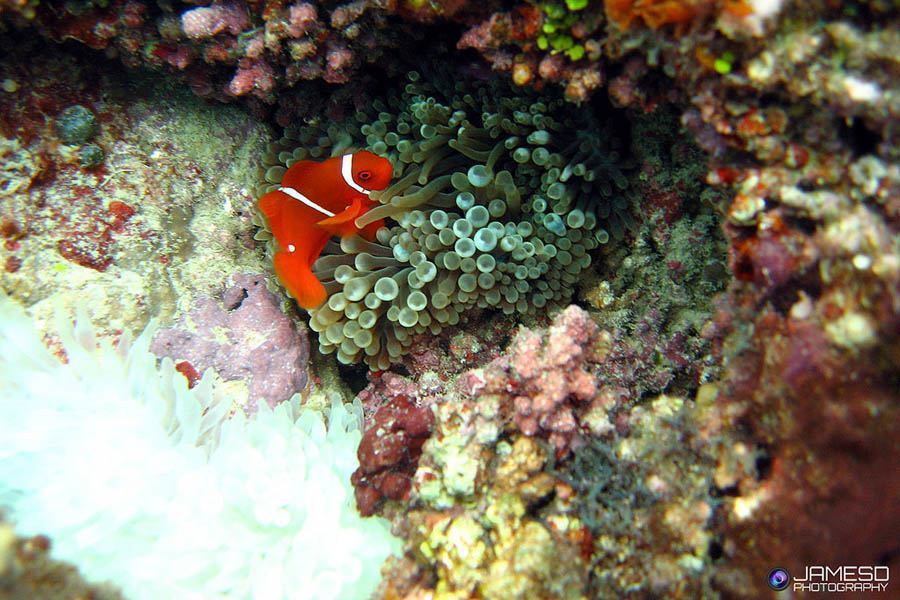 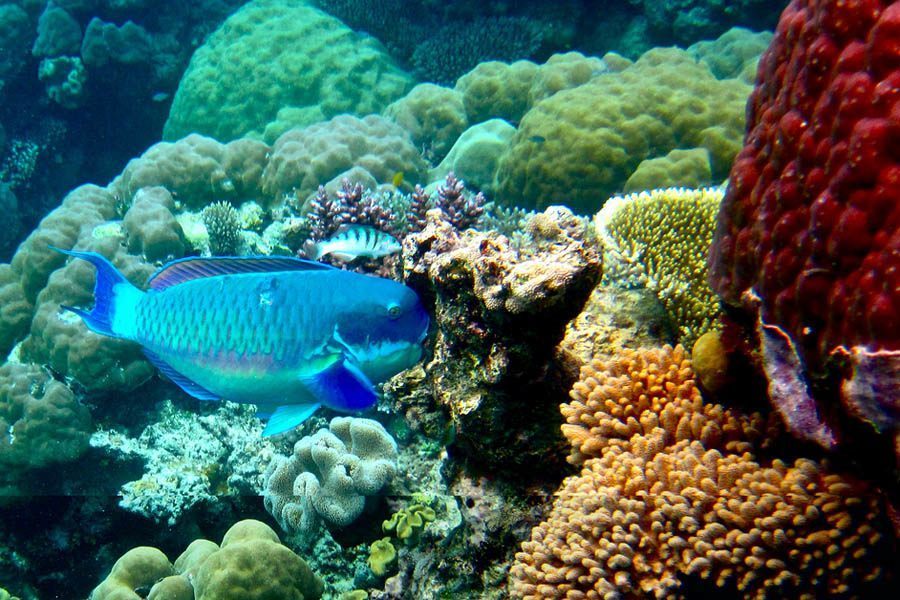 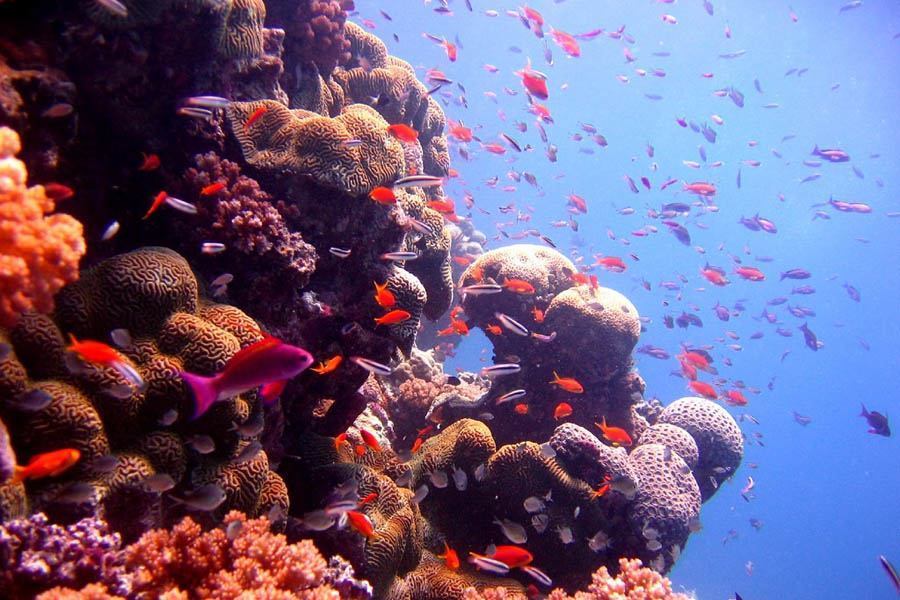 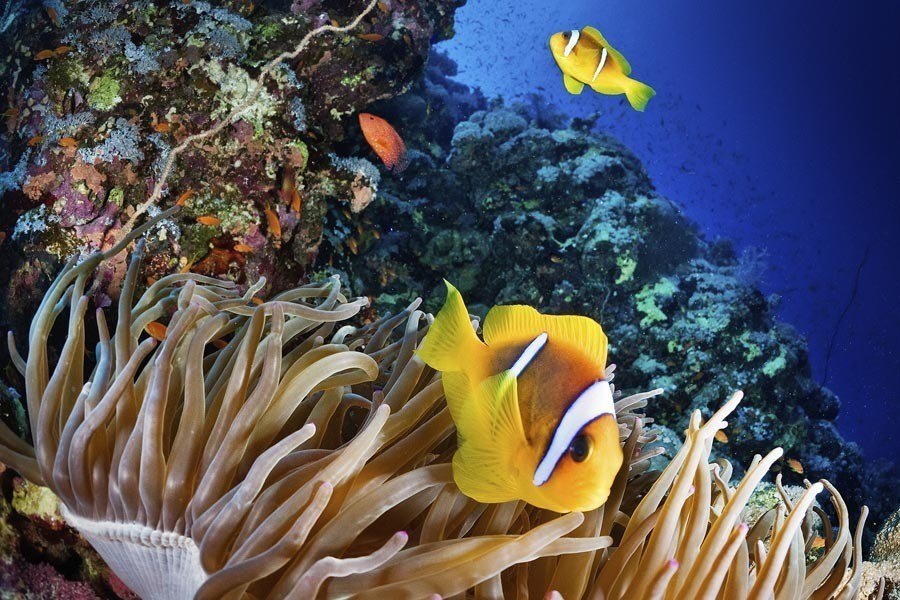 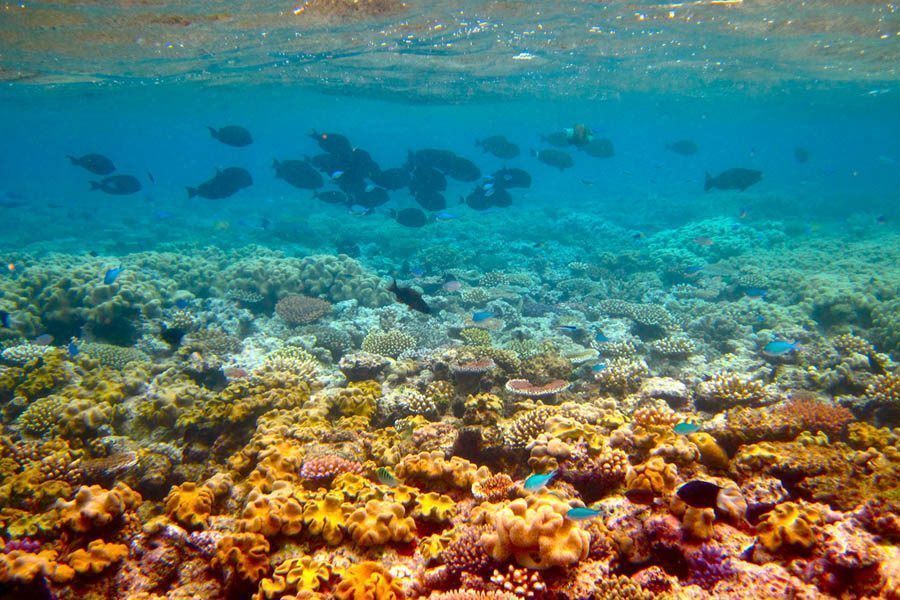 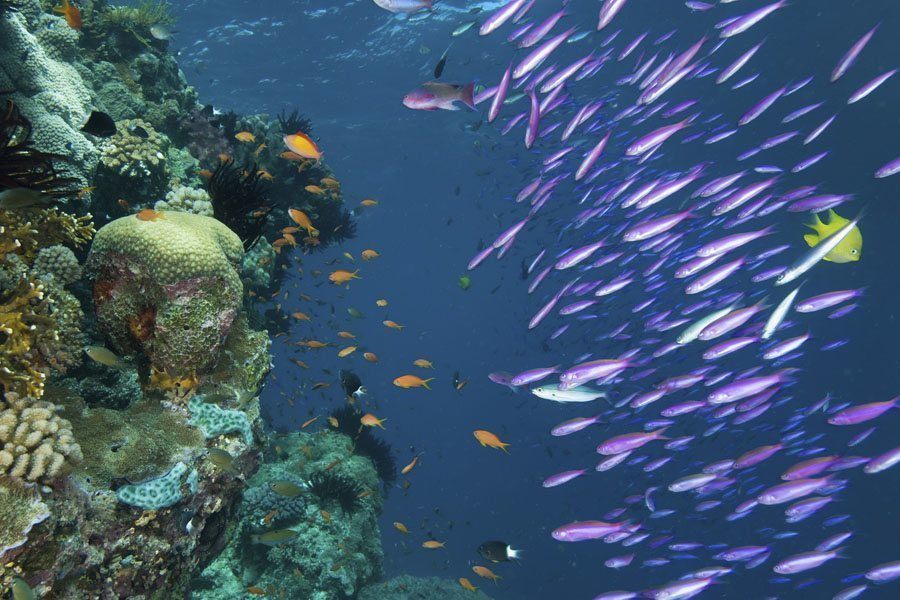 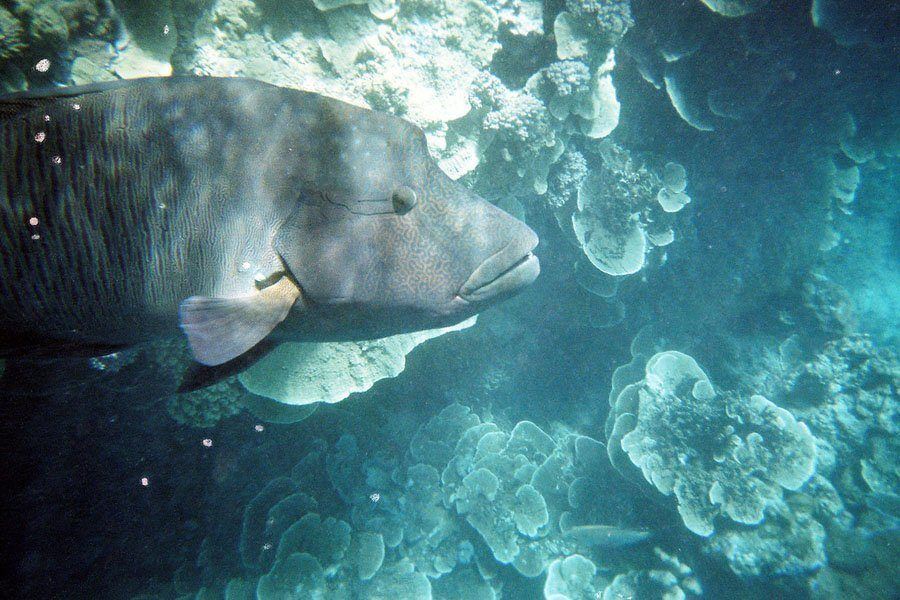 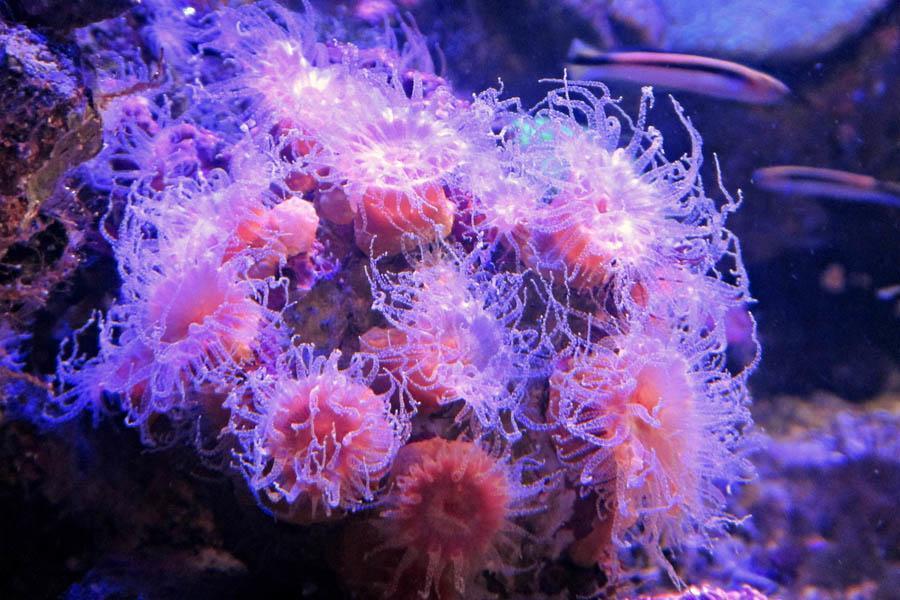 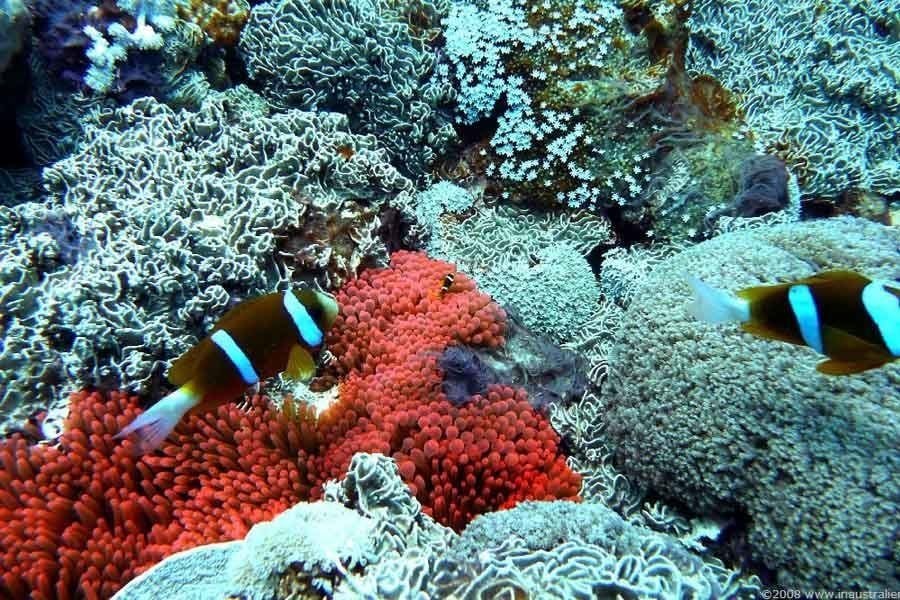 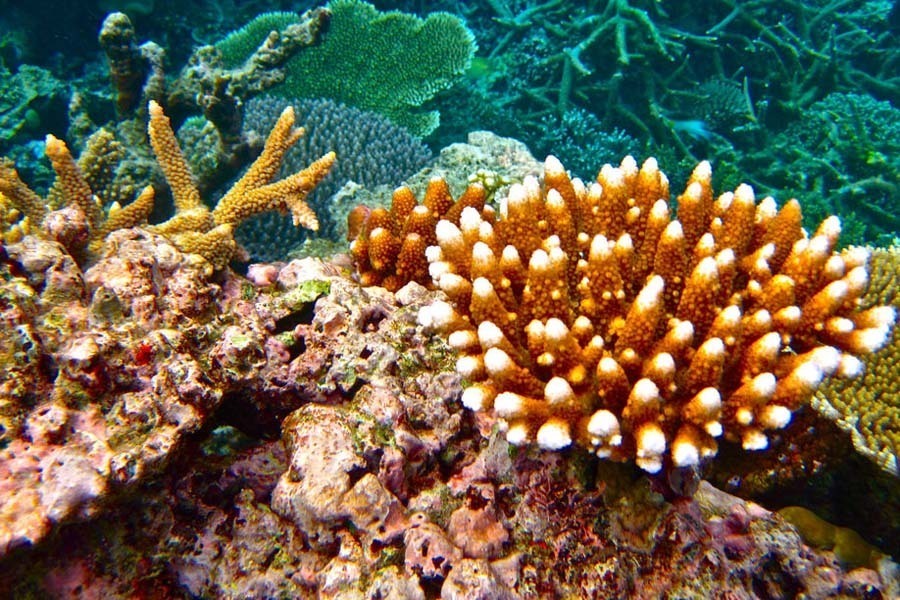 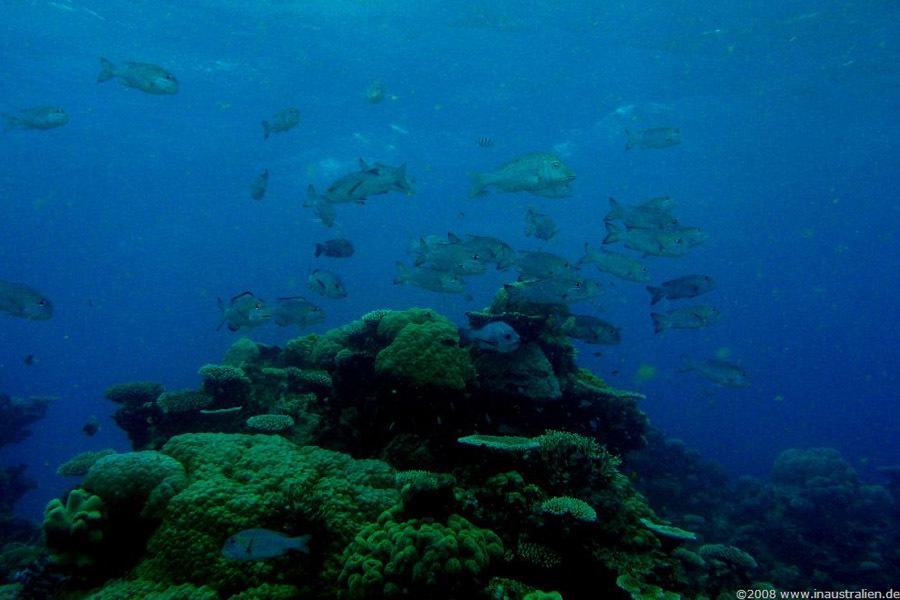 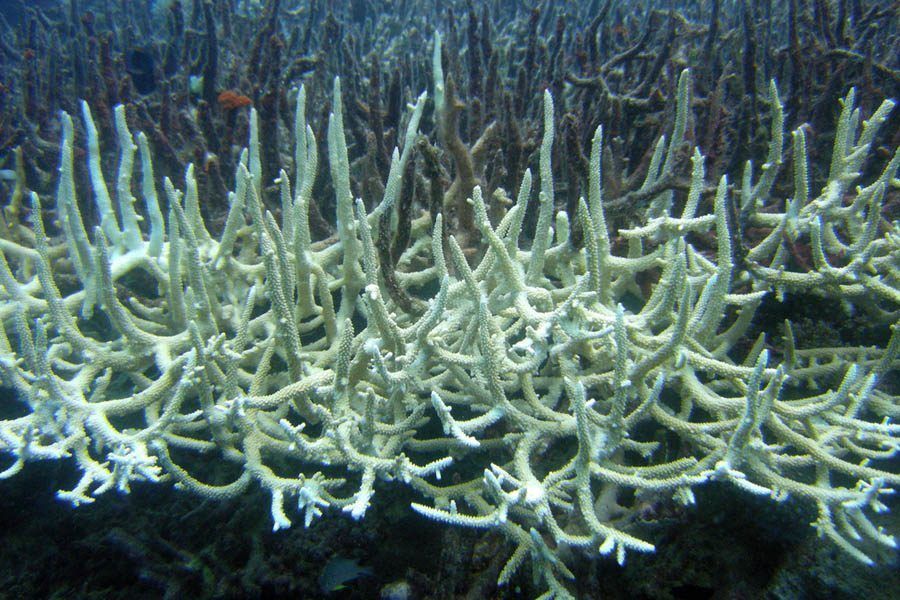 1 of 26
The oceans have been absorbing about a third of CO2 emissions from human activities, with about half of that released from the burning of fossil fuels. Photo: Mark Kolbe/Getty Images
2 of 26
This amount of CO2 changes the pH levels of the waters, and results in ocean acidification. Photo: Kyle Taylor
3 of 26
When the acid levels go up, coral can’t produce the calcium carbonate that helps maintain their exoskeletons — which means they could simply start dissolving as soon as the year 2100. Photo: William West/AFP/Getty Images
4 of 26
In 2005, the United States lost about half of its Caribbean coral reefs due to warmer water temperatures. Photo: Paul Toogood
5 of 26
More than just coral are affected by ocean acidification; clams, snails, and urchins also need calcium carbonate to maintain their shells. Photo: Pixabay
6 of 26
Coral bleaching, in turn, can cause a decrease in the amount of coral-dependent species, such as butterflyfish. Photo: Bernard E. Picton
7 of 26
Scientists point to this coral bleaching event as the result of a generally warming climate, on top of El Niño activity. Photo: Pixabay
8 of 26
There are approximately 400 species of coral living in the Great Barrier Reef. Photo: William West/AFP/Getty Images
9 of 26
The Great Barrier Reef stretches 1,400 miles (as big as 70 million football fields) along the northeastern coast of Australia, and is the Earth’s largest ecosystem. Photo: Paul Toogood
10 of 26
Australia is, per capita, the largest contributor to harmful CO2 emissions in the world. Photo: Flickr
11 of 26
Though they’ve pledge to cut down on emissions, Australia continues to lend support to projects that rely heavily on fossil fuels. Photo: Toby Hudson
12 of 26
The Great Barrier Reef provides Australia with over two million tourists per year. Photo: Kyle TaylorFlickr
13 of 26
These new findings will likely put Australian Prime Minister Malcolm Turnbull in the hot seat come the next federal election. Photo: Toby Hudson
14 of 26
Sediment and agricultural pollution runoff also pose threats to the overall health of the reef. Photo: James Demetrie
15 of 26
The reef is home to over 1,500 different species of fish. Photo: Kyle Taylor
16 of 26
In fact, about 10 percent of the world’s total fish species live just within the reef. Photo: Richard Ling
17 of 26
The ancient layers of coral growing upon coral could date back almost 20 million years. Photo: Beyond Coal and Gas
18 of 26
The Great Barrier Reef is actually visible from space. Photo: Kyle Taylor
19 of 26
Fairy Basslets feed on plankton that falls near the reefs. Photo: Beyond Coal and Gas
20 of 26
Millions of people rely on the reefs to sustain the fish populations that make up a large part of their diet. Photo: Vanessa Smetkowski
21 of 26
In 2014, President Obama warned the Australian government that the reef was in danger. Photo: CameliaTWU
22 of 26
Obama said he wanted the Great Barrier Reef to be there for his future grandchildren — but the situation has since escalated. Photo: Eulinky
23 of 26
According to Professor Justin Marshall of the University of Queensland, “This is Australia’s biggest ever environmental disaster.” Photo: Kyle Taylor
24 of 26
The fate of the reef has yet to be determined. Photo: Eulinky
25 of 26
However, the sight of pure white coral will become the new norm if ocean conditions continue to put stress on its inhabitants. Photo: Matt Kieffer
26 of 26 What's Behind The Coral Sickness?

The explanation behind the dire stats about the Great Barrier Reef is a process called coral bleaching. This occurs when the coral becomes stressed -- either by prolonged warm temperatures or greater concentrations of carbon dioxide in the water, which causes ocean acidification.

In these conditions, the coral releases the symbiotic algae that live in its tissues as a defense mechanism. When these algae (called Zooxanthellae) leave, the coral loses access to its main source of food and the ability to effectively remove waste, and thus becomes prone to disease.

The algae also provides the coral with its brilliant color, so when they’re gone, all that’s left is a white exoskeleton, hence being called "bleached."

While bleached coral aren’t dead, they are in danger of death if oceanic conditions don’t become favorable again. Their death impacts more than just the environment: According to the Great Barrier Reef Marine Park Authority, the reef generates $4.45 billion in annual tourism revenue and supports nearly 70,000 jobs in Australia.

“We’ve never seen anything like this scale of bleaching before. In the northern Great Barrier Reef, it’s like 10 cyclones have come ashore all at once,” Professor Terry Hughes, convenor of the National Coral Bleaching Taskforce that is documenting and studying the event, said in a statement.

What Are Scientists Doing About It?

While the Great Barrier Reef -- and other reefs like it -- is undeniably suffering as the effects of climate change become more prolonged and pronounced, some reefs have fared better than others in the process.

That these reefs and coral species have not been hit as hard as others has scientists scrambling to learn why, which Grist explains "could be crucial to ensure reefs continue to survive as oceans temperatures continue their inexorable rise and water becomes more acidic due to climate change."

Others are still hopeful that this trend can be reversed if governments choose to act.

“Thankfully, many parts of the reef are still in excellent shape, but we can’t just ignore coral bleaching and hope for a swift recovery. Short-term development policies have to be weighed up against long-term environmental damage, including impacts on the reef from climate change,” Daniel Gschwind, Chief Executive of the Queensland Tourism Industry Council, said.