Contact sheets have long been a tool of the professional photographer, but they have seldom been seen by the public. Hollywood contact sheets are highly sought by collectors – and with a new book by Karina Longworth, interest in these rare photo sheets from famous films are receiving a whole new level of interest. 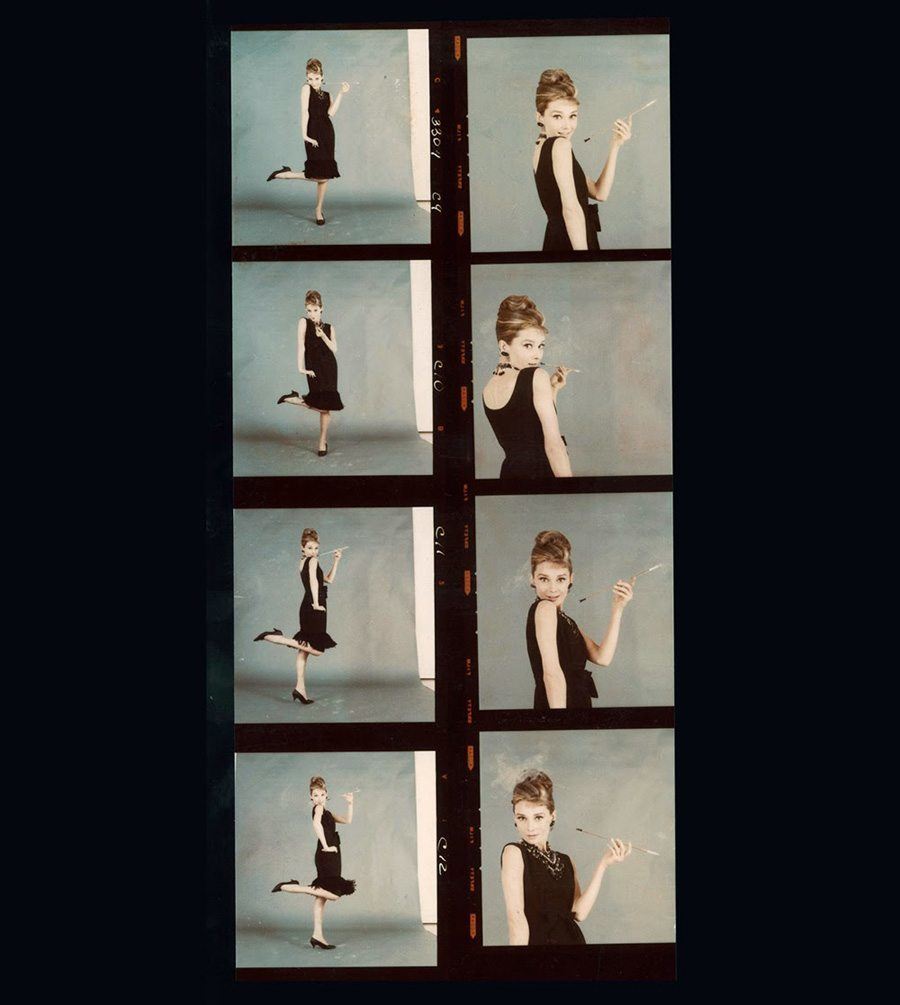 Hollywood Frame by Frame: The Unseen Silver Screen in Contact Sheets, 1951-1997 is a collected history of pre-digital age photography. These direct prints show each shot taken during a specific photo session to find that ‘right’ shot for the promotion of a film or celebrity. 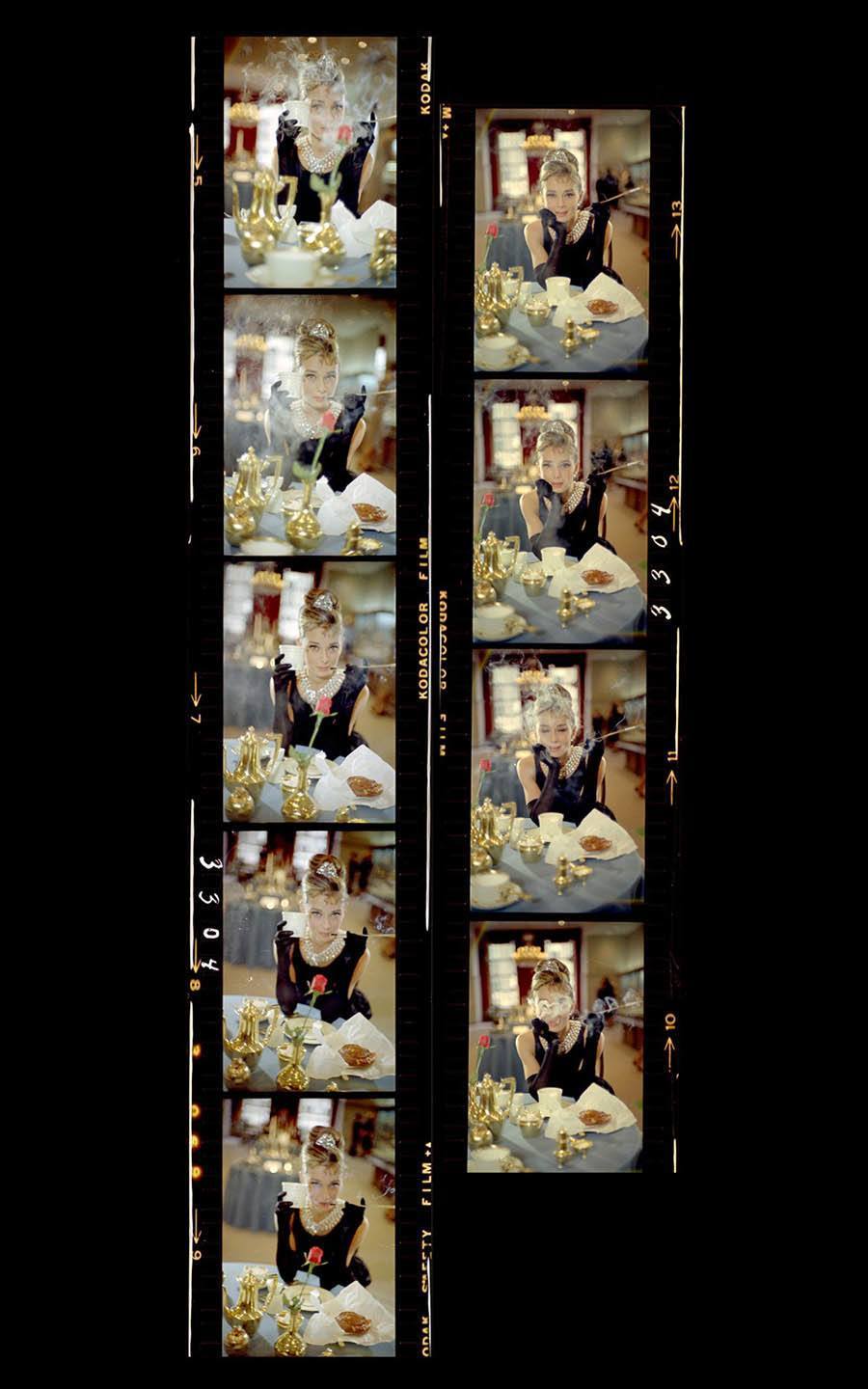 The ‘rejected’ photos from any given shoot often managed to capture the more genuine and candid images of the celebrity subjects, especially on classic Hollywood sets after the director had cut a scene. 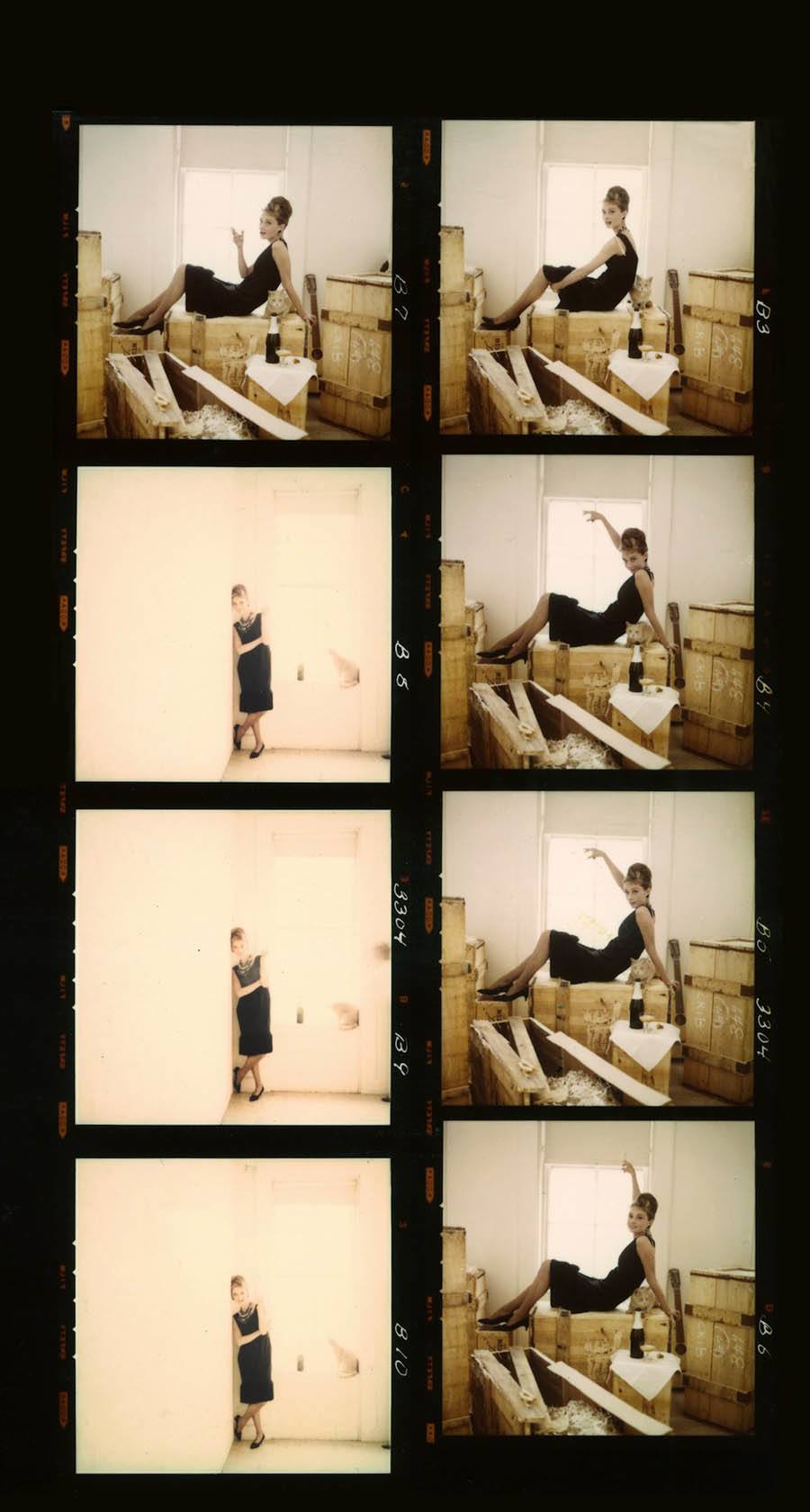 Collecting hundreds of never before seen contact sheets from classic Hollywood films and legendary actors and actresses, Hollywood Frame By Frame has delivered the voyeuristic feel of these long lost photos to the masses, bringing a fast-growing interest to something that was once known to only a loyal group of hobbyists and historians. 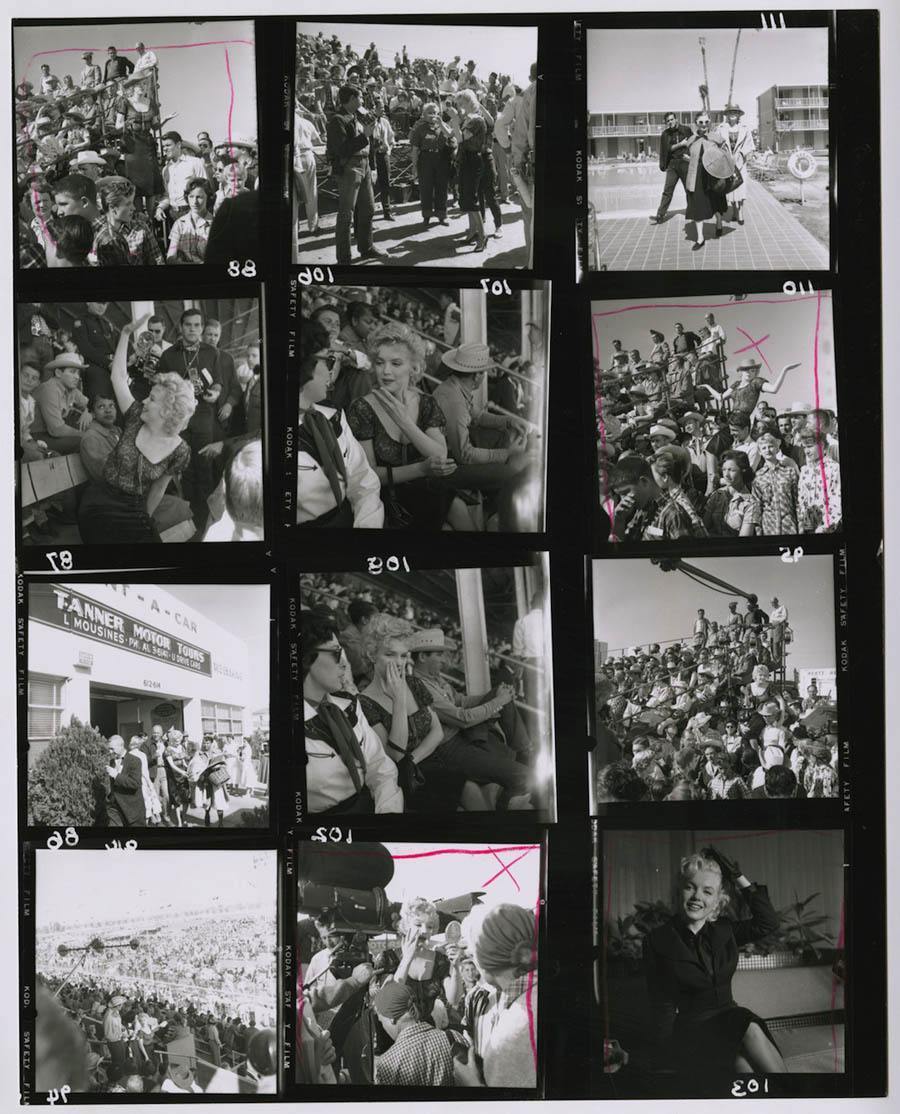 In most cases these contact sheets were never intended to be seen by the public; in fact most photographers did not want anyone other than themselves and those they were actively working with to see them. 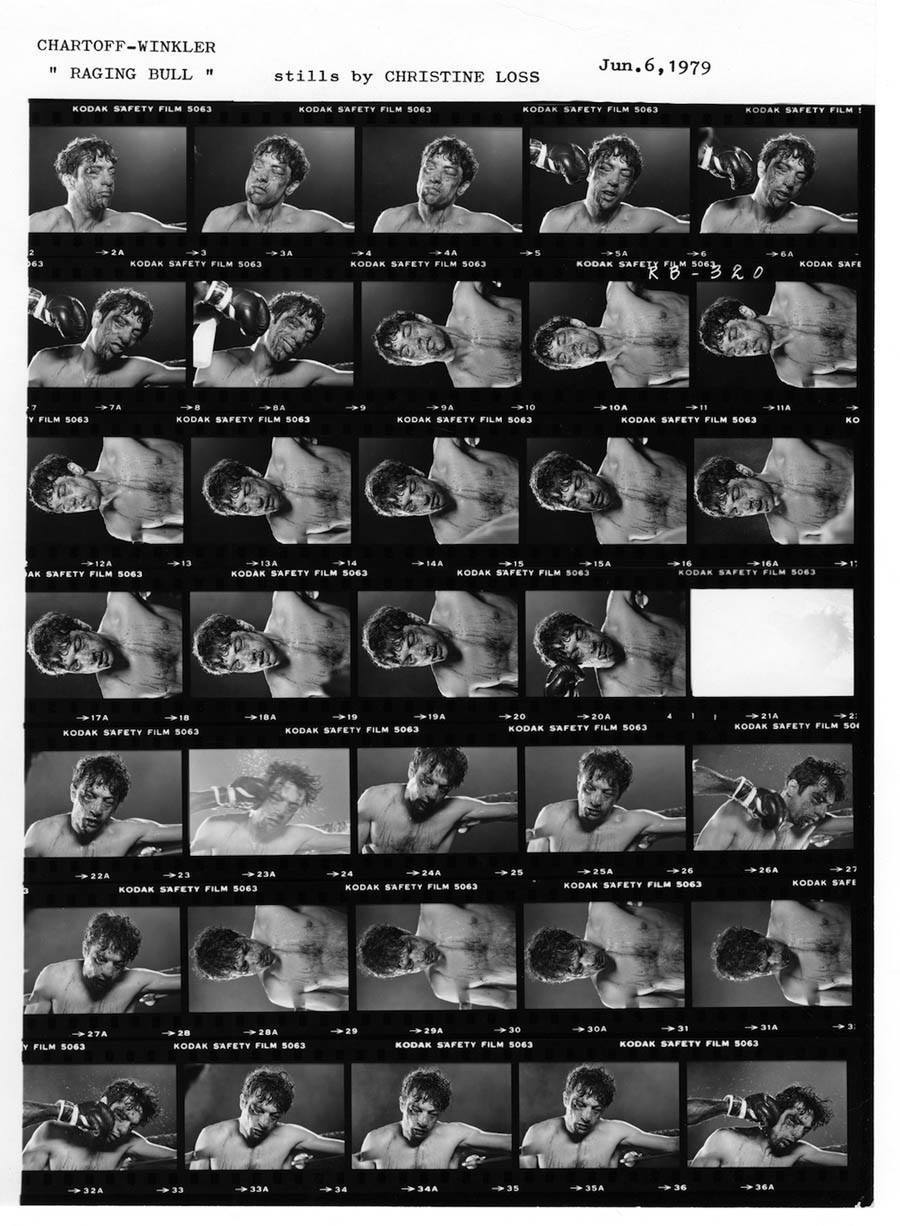 They considered the contact sheet to be a tool to help them find that perfect shot they were looking for. Of course for every perfect shot there are typically numerous images that do not live up to the photographer’s standards. 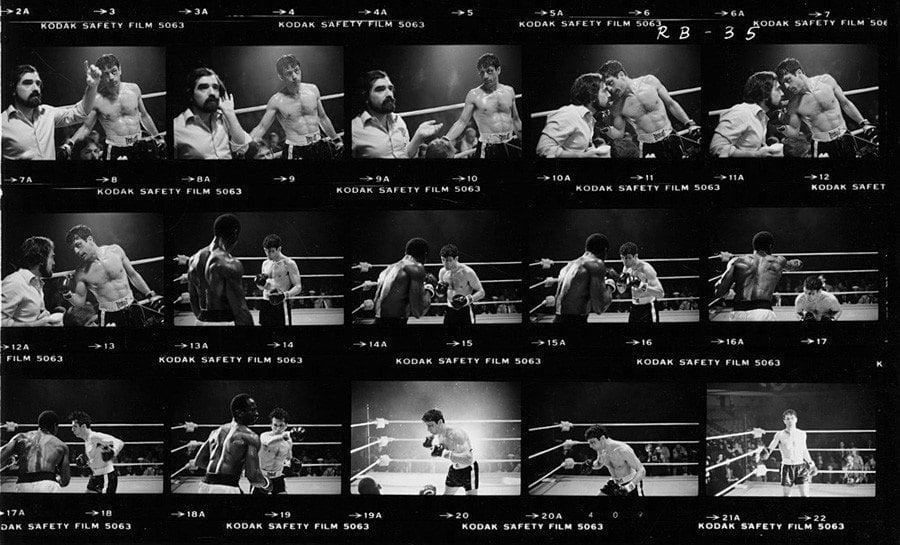 Many photographers enjoy maintaining the illusion that as professional artists they always capture amazing and interesting images. The knowledge that they had to snap many images to capture that one special moment is something they would rather keep hidden. 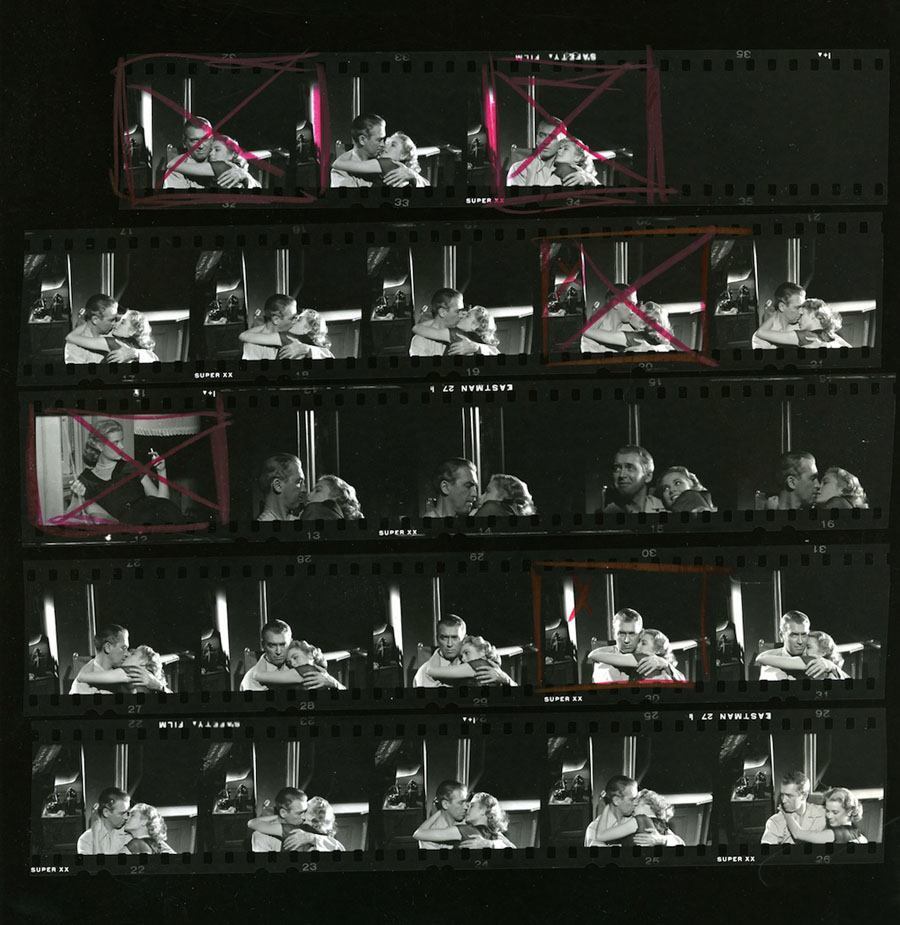 That being said, today’s public is just as interested in the process as they are in the end results. We also long for images that are not perfect–movie stars and celebrities caught in candid moments where they seem more “real.” 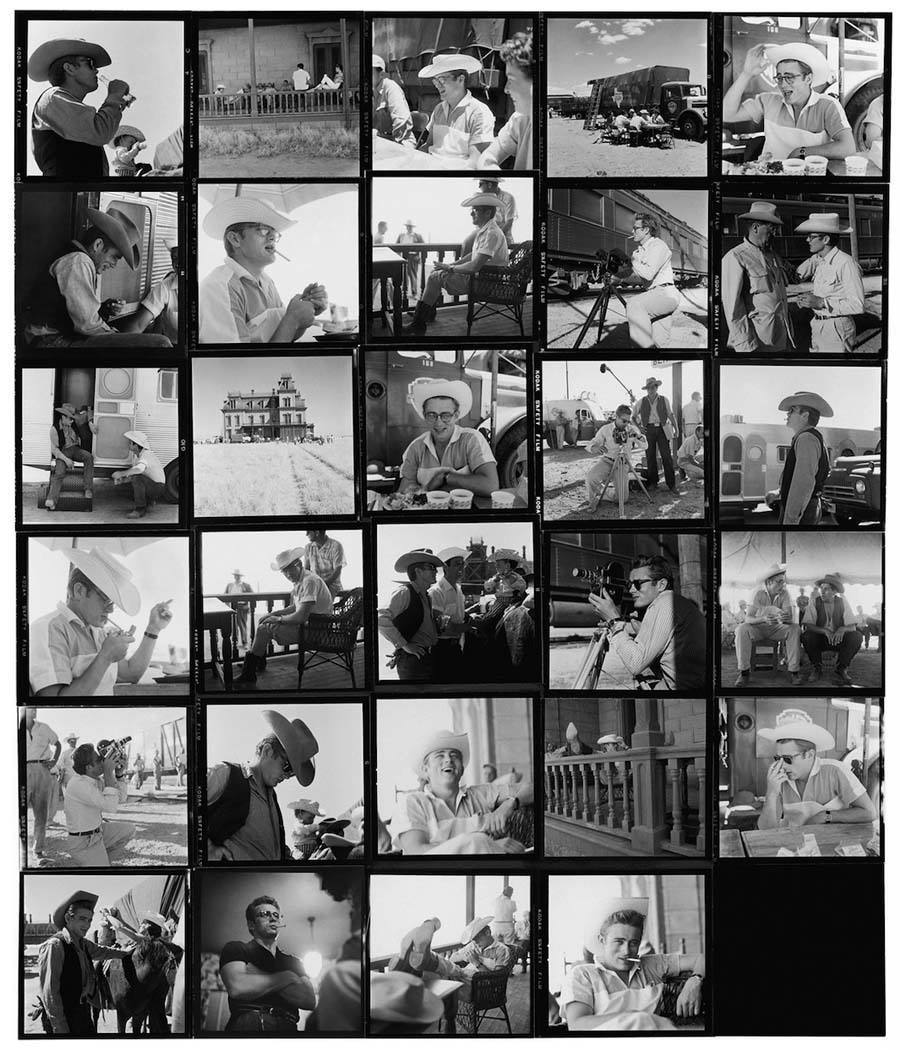 Classic contact sheets can also give us a view into moments of those we have lost to time and tragedy; celebrities who were loved and taken from this world too soon. 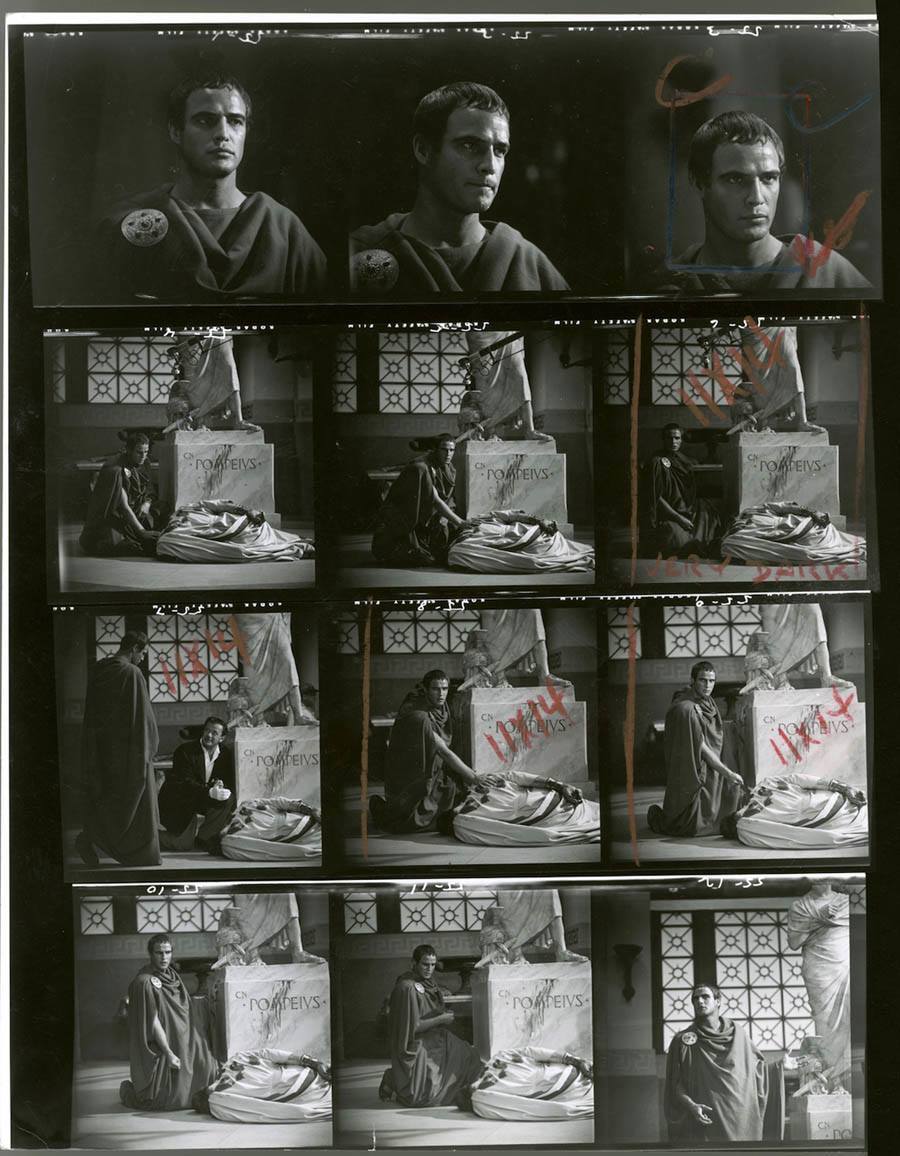 In other cases, it is a chance to see a beloved actor who had a long and storied career back in a much younger day – when much of their career and fame still was to come. 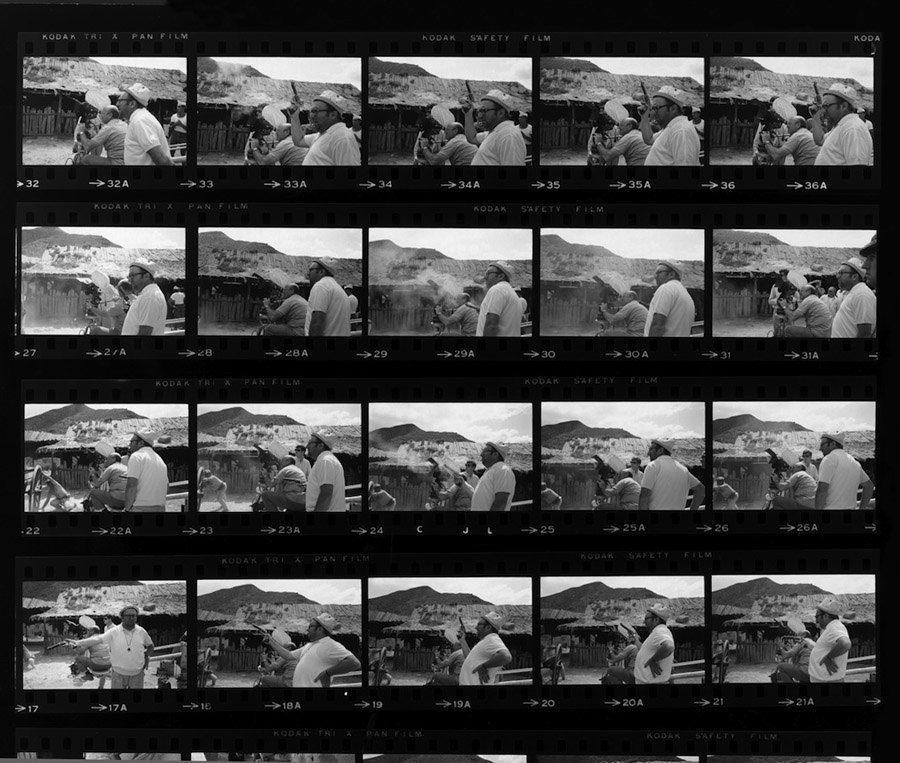 Source: Once Upon of Time in the West, 1968, Photos by Bill Ray/Time & Life Pictures/Getty Images, via Slate

It isn’t always about the actors; sometimes these pictures are able to give us a view that we’ve never had of a beloved film. 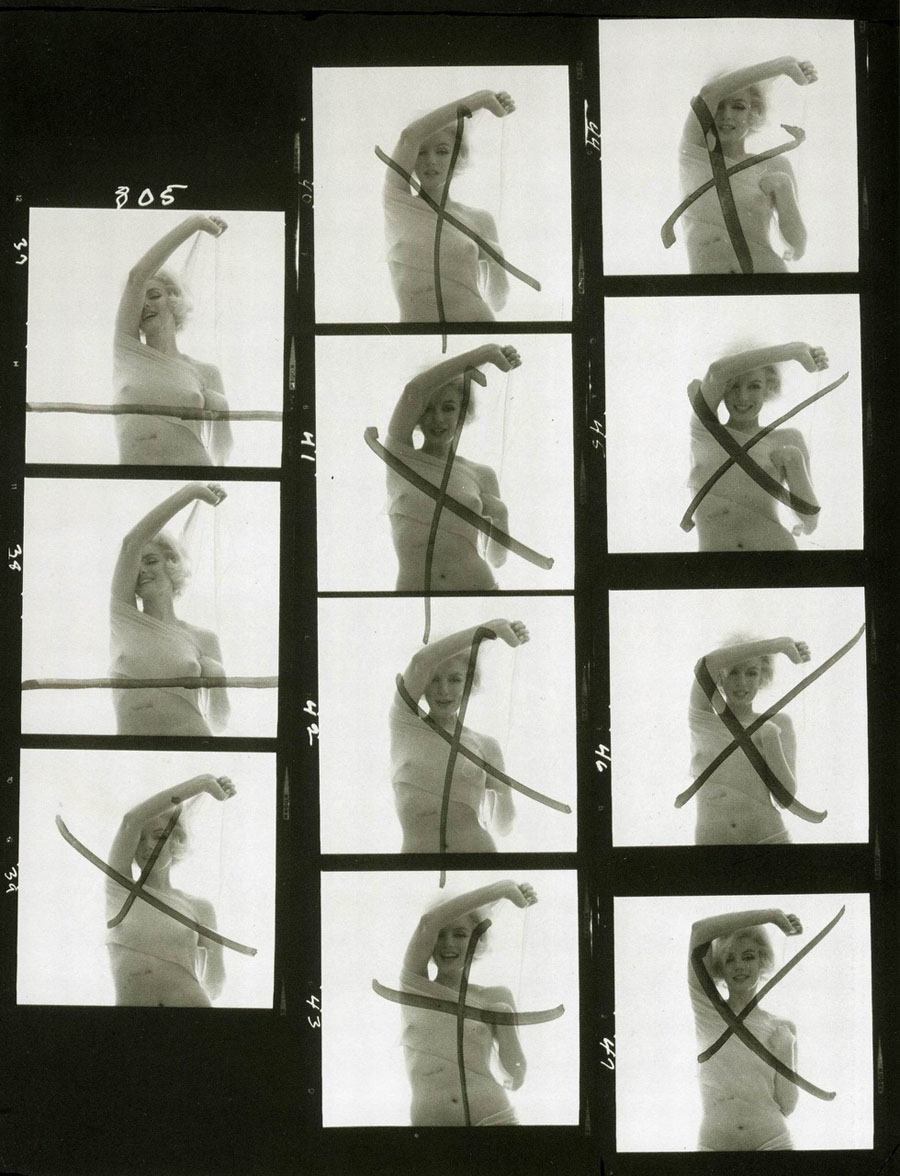 Candid shots like these of Marilyn Monroe offer a rare glimpse into the lives of our idols; it was Marilyn herself that struck the images on this sheet down as not making the grade. 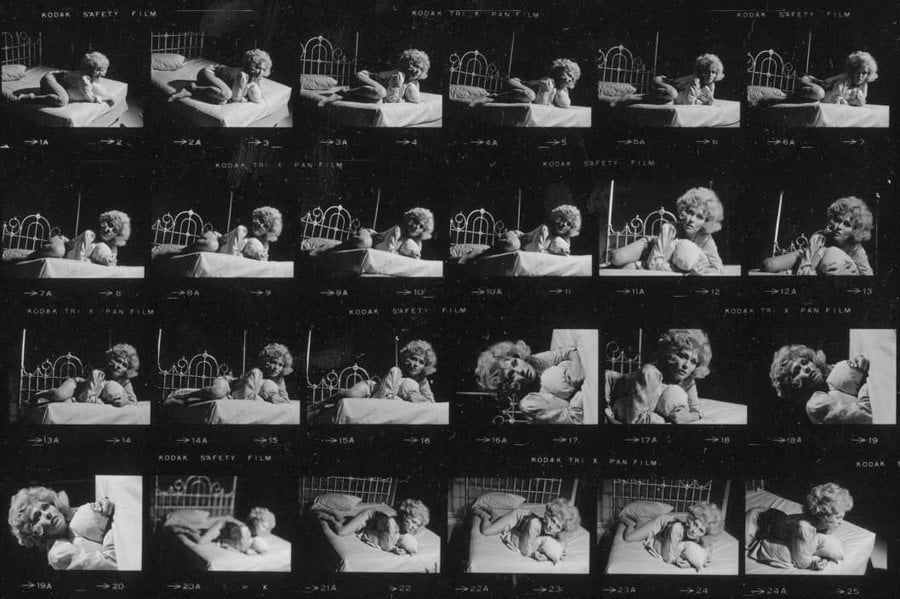 Source: Faye Dunaway in Arthur Miller’s After the Fall, 1974, photos by Inge Morath, via nymag

These before unseen glimpses have a purity and depth that are seldom found in publicity shots. 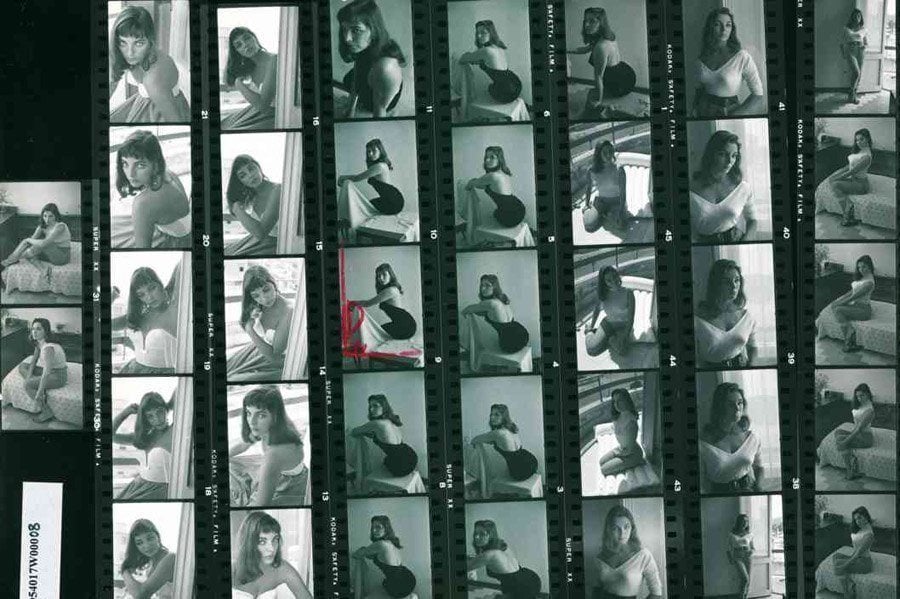 Source: Joan Collins in Land of the Pharaohs, 1954, photos by David Seymour, via nymag

These images of Joan Collins were taken during a break in the filming of Land of the Pharaohs. Though they were not officially for film publicity, they capture the young ingénue shortly before she would hit the big time. 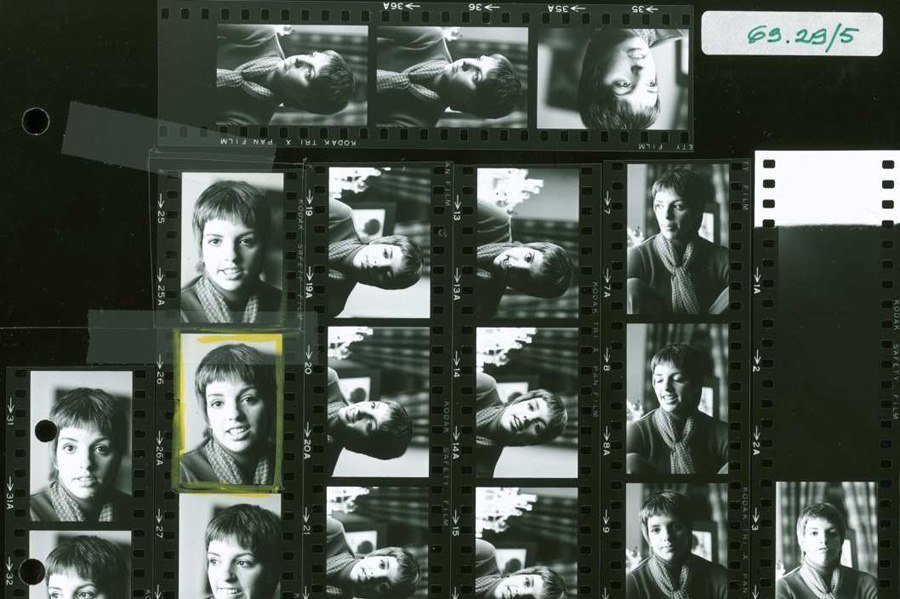 Publicity shots of a 23-year-old Liza Minnelli – taken early in the process of breaking out from her mother Judy Garland’s gigantic shadow – give a little clue to the international star she would become. Through decades of acclaim as an actress and musician, Minnelli’s hairstyle changed little. 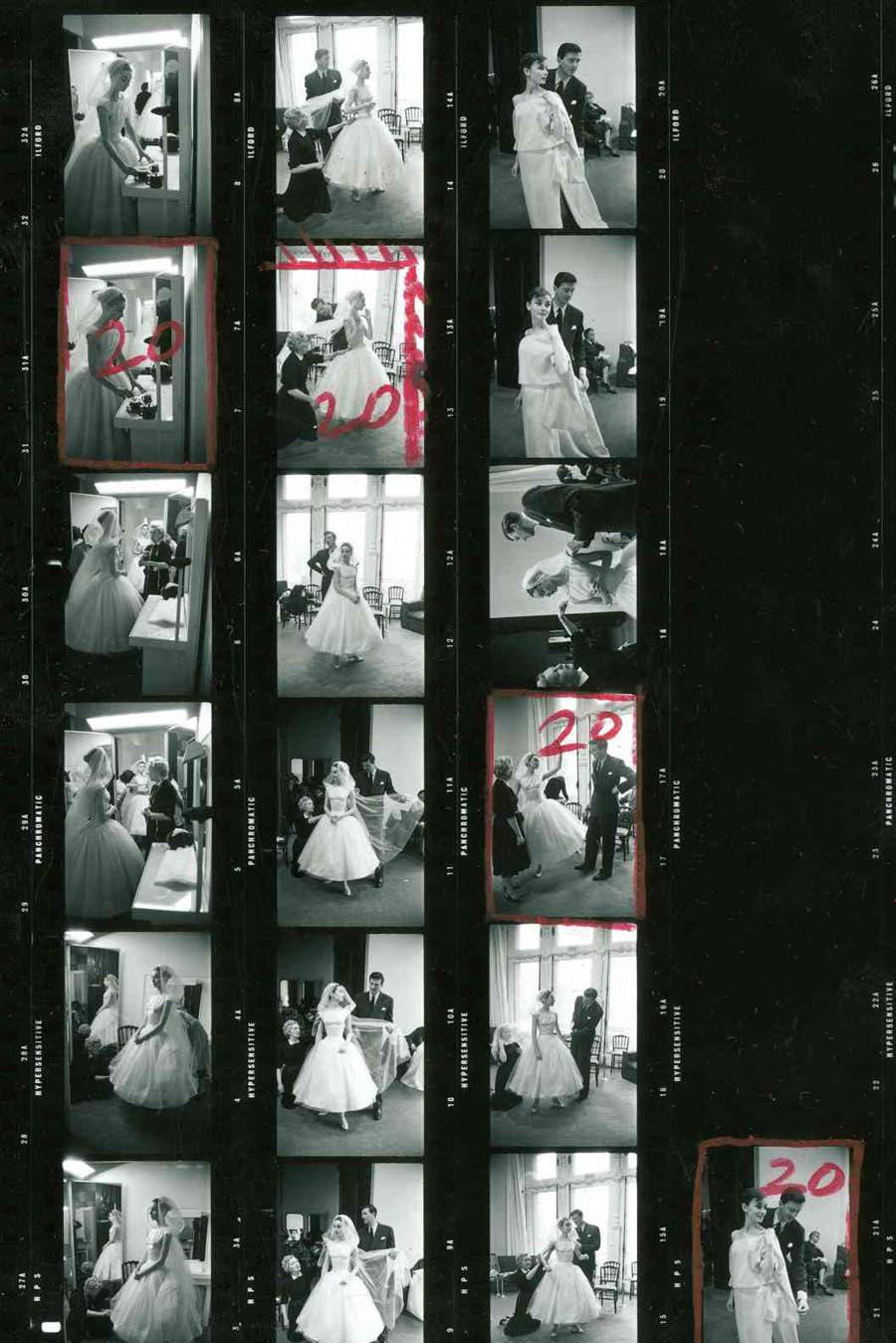 As interest in stars from our past continues to grow in this retro-obsessed age, the popularity of classic Hollywood contact sheets is sure to grow; our fascination with celebrity and history will ensure that.