Of 1,350 American adults interviewed, 70 percent say fewer people seem to care about the Holocaust than they used to. 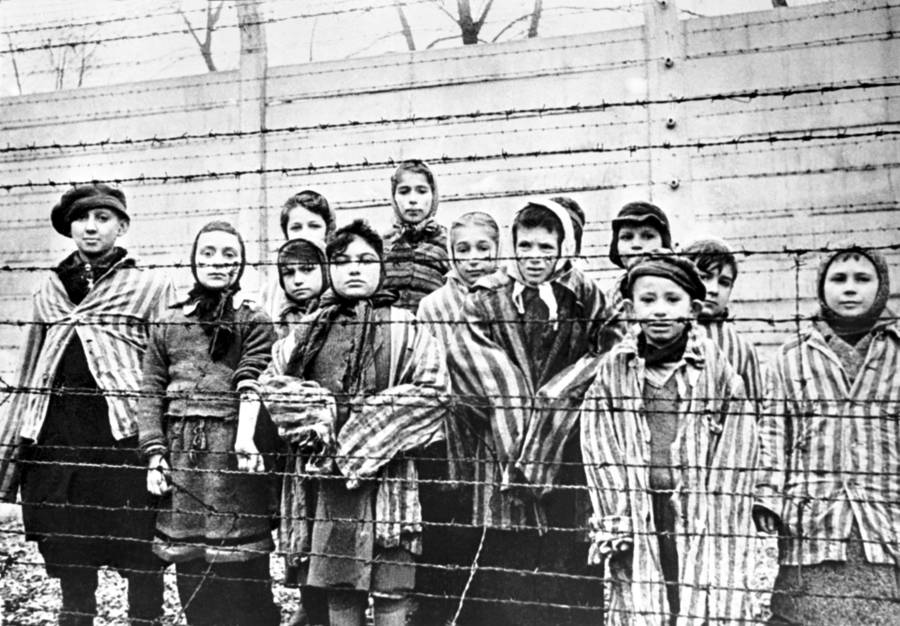 Alexander Vorontsov/Galerie Bilderwelt/Getty ImagesA group of child survivors stand behind a barbed wire fence at the Auschwitz-Birkenau concentration camp on the day of the camp’s liberation. January 27, 1945.

A majority of people polled in a comprehensive national study believe something like the Holocaust could happen again. Meanwhile, of the 40,000 concentration camps and ghettos that existed, nearly half (45 percent) of the study’s participants couldn’t name one.

The Holocaust Knowledge and Awareness Study published by the Claims Conference found a significant lack of knowledge about the holocaust in the United States. The survey, which interviewed 1,350 adults (age 18 and over), found critical gaps in both awareness of basic facts and detailed knowledge of the Holocaust.

Six million Jews were killed in the Holocaust. But the poll found that at 31 percent, nearly a third of Americans believed the number to be two million or less. Additionally, 41 percent of Americans polled didn’t know what Auschwitz was.

“This study underscores the importance of Holocaust education in our schools,” said Greg Schneider, Executive Vice President of the Claims Conference.

Important world events can have a tendency to lose significance as they move further back in history, a concept that was represented in the survey. Seven out of ten Americans believe that fewer people care about the Holocaust than they used to. This can be tied to a lack of personal connection as 80 percent of those polled hadn’t visited a Holocaust museum and two-thirds didn’t know or know of a survivor.

“Imagine when there are no longer survivors here to tell their stories. We must be committed to ensuring the horrors of the Holocaust and the memory of those who suffered so greatly are remembered, told and taught by future generations,” said Schneider.

Next read about horrors of Auschwitz that were revealed in a prisoner’s buried letter. Then read about how Stanislawa Leszcynska delivered 3,000 babies during the Holocaust. Finally, read up on the horrifying experiments of the most infamous Nazi doctor.