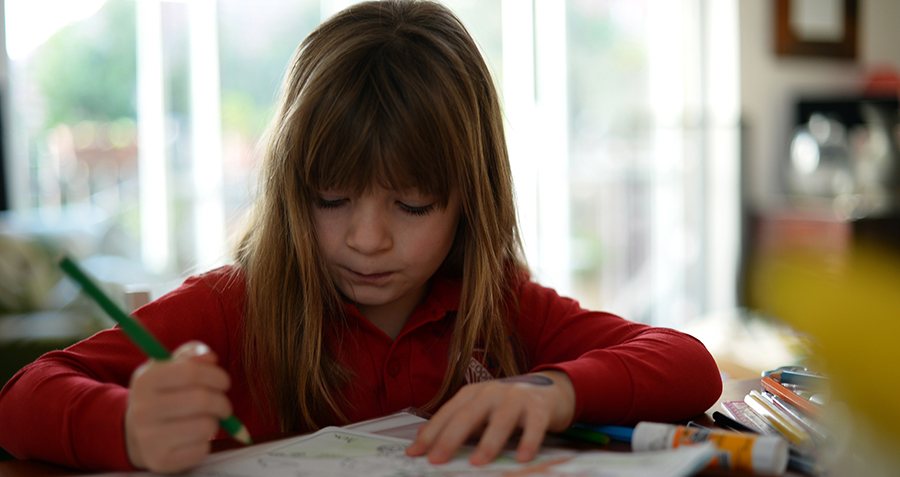 As schools swing back into session, some families are saying “no” to one of its oldest conventions: homework.

Across the nation, The Washington Post reported Friday, a trend has emerged where parents of elementary school children are pushing for fewer after-school worksheets and reading logs, and more playtime.

As Sara Youngblood-Ochoa recounted to the Post, when she saw her child getting frustrated while doing homework after a long school day, she decided to stop the homework then and there.

“I looked at him and said, ‘Do you want to do this?’ He said no, and I said, ‘I don’t either,’” the Chicago-area resident told the Post. Her child no longer received homework.

According to Youngblood-Ochoa, her son was doing fine in school and so they simply stopped doing the after-school work. “It took a load off our afternoons and made it easier for him to do after-school activities that he wanted to do,” she told the Post.

“If there’s something our son is struggling in, we’ll absolutely do the work. But after eight hours at a desk, to make him sit down and do more seems silly.”

As the Post writes, Youngblood-Ochoa’s decision is not an isolated one, nor is it necessarily an ill-formed one.

In March 2015, a New York City public elementary school banned homework, telling kids to play outside instead. In justifying their decision, school principal Jane Hsu told parents that “The topic of homework has received a lot of attention lately, and the negative effects of homework have been well established.”

“They include,” Hsu added, “children’s frustration and exhaustion, lack of time for other activities and family time and, sadly for many, loss of interest in learning.”

In ditching homework, parents and educators say that children can do something far more beneficial: exercise and play.

“Most people assume that children get enough physical activity at school and when they play,” pediatric dietician Lea Stening writes. “However there is increasing evidence that children’s lives are becoming more sedentary. Children spend a significant proportion (55%) of their leisure-time on ‘electronic entertainment’ including television, video and using computers.

Still, the elementary school homework ban is not without its critics. Homework, these individuals say, teaches students the value of time management and discipline — values which should be learned at a young age, even if the homework time is lessened.

“We lower the homework requirement in younger grades,” Jonathan Brand, headmaster of Chelsea Academy in Front Royal, Virginia, told the Post. “In grades 4 and 5, their youngest, teachers try to give no more than 30 minutes per night. “We’re very careful about the kind of homework assignments we give to students. The benefit they receive from homework diminishes significantly in the lower grades.”

Still others — including Cooper, whose own studies have deemed the amount of homework non-correlated with academic performance — says the decision to opt out of homework comes from a place of privilege.

“These are typically parents who have the resources and capacity to substitute their own choices of academic things to do after school,” Cooper said. For parents who work long hours or who don’t speak English as a first language, homework can help them out in a number of ways.

In an attempt to find common ground between the homework traditionalists and homework ban proponents, experts have offered figures of ideal homework times for students.

According to National PTA spokeswoman Heidi May, the organization’s “10-minute rule” should guide the time to which students devote to homework. That rule says that kids spend around 10 minutes per night on homework for every year they are in school.

Next, learn about the “Stop White People” college course that quickly garnered national controversy this week.