The True Story Of ‘Houston, We Have A Problem’ And What Went Wrong Aboard The Apollo 13 Craft

We’ve all heard the phrase “Houston, we have a problem,” that comes from the ill-fated Apollo 13 mission to the moon. But what most of us don’t know is that it’s actually a misquote.

The expression was popularized when it was uttered by Kevin Bacon in the classic 1995 adventure-drama based on the mission, but the truth is, astronaut John “Jack” Swigert, who Bacon portrayed, never said this — and neither did Tom Hanks who played astronaut Jim Lovell when he repeated it. 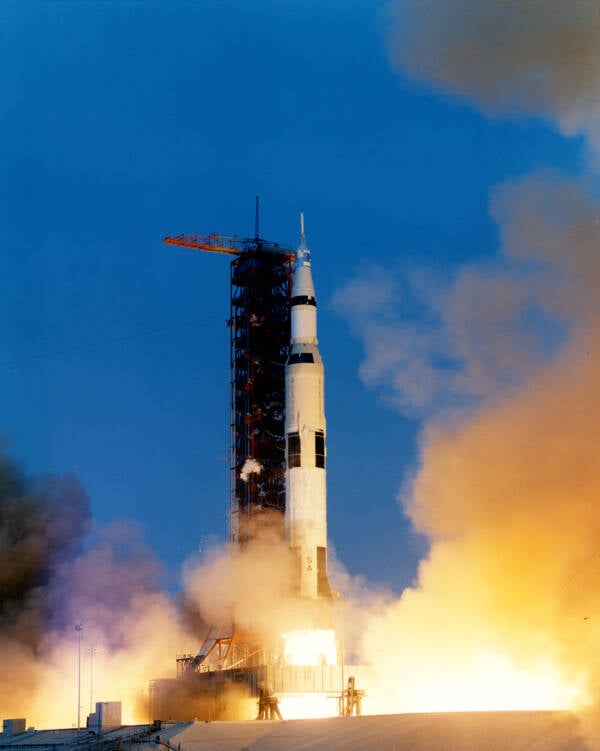 While the movie script was not that far from the truth, for at least a quarter-century we have been misquoting one of the most historic and horrifying moments in aerospace history. The true story behind these transmissions is one of remarkable calm and resourceful problem-solving on behalf of the four astronauts and NASA’s mission control.

It was on the third day of a week-long mission to the moon, some 205,000 miles from Earth, that disaster struck.

“Houston, We’ve Had A Problem Here.”

The Apollo 13 mission was supposed to be the third lunar landing in American history, but it failed when one of the oxygen tanks aboard the spaceship called Odyssey exploded. It had only launched two days prior on April 11, 1970.

As any astronaut would attest, however, no amount of training could prevent what happened next. 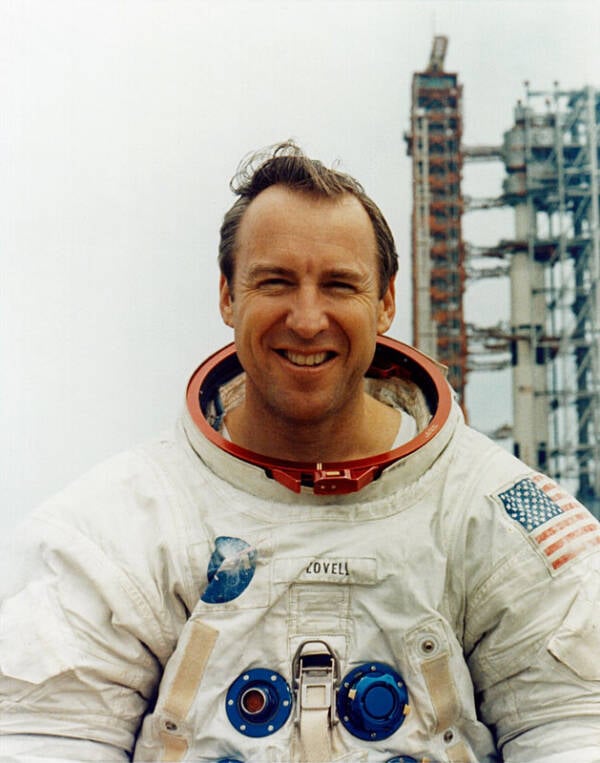 Just nine minutes about the astronauts transmitted a goodnight message to Earth, one of their oxygen tanks blew up, destroying the other oxygen tank as well.

“Houston, we’ve had a problem,” repeated Lovell. “We’ve had a main B bus undervolt.”

The iconic moment as it happened.

The crew was told to stand by as NASA engineers back at Mission Control identified the problem. Seymour ‘Sy’ Liebergot was the flight controller in charge of Apollo 13’s electrical, environmental, and communications systems.

While Liebergot was a savvy engineer with a ton of know-how, the crew had already eliminated the likelihood that the issue was an instrumentation error. Lovell, Swigert, and Haise not only heard the problem — which Lovell later said sounded like a thunderclap — but saw the explosion first hand.

The mission was 56 hours in and near the moon when warning signals for the hydrogen tank of the Odyssey — the module the crew lived in — appeared. Swigert believed it simply needed to be resettled by heating and fanning the tank’s gas, a common procedure known as “cryo stir.”

But as soon as he did this, the spacecraft shook. Both the crew and Mission Control saw the quantity and pressure readings for oxygen tanks drop to zero. With oxygen also feeding the Odyssey’s fuel cells, power dropped, too. 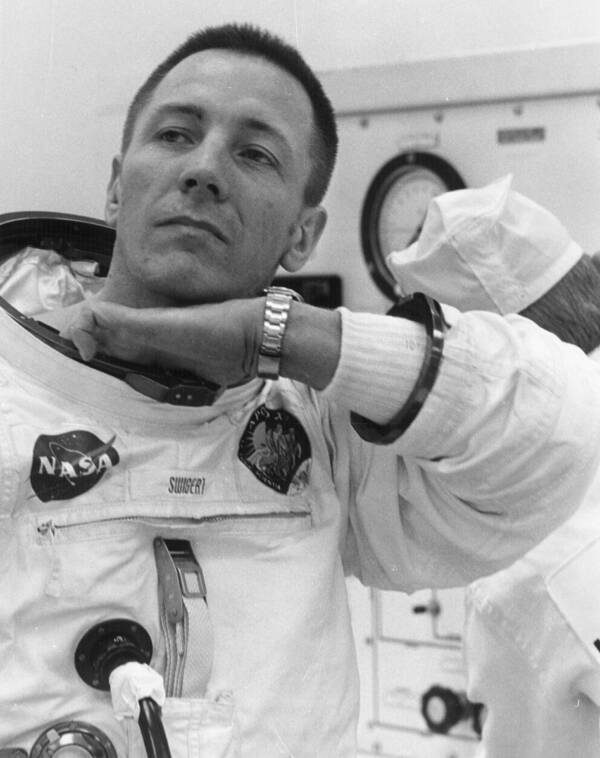 Thirteen minutes later, Lovell looked out the window and noticed that the spacecraft was leaking something.

“We are venting something out into the- into space,” Lovell said.

Lovell knew it was “a gas of some sort,” but only realized later that it was their oxygen supply rapidly escaping from their ship. Unfortunately, things only got more complicated from here.

What Happened On Apollo 13?

With their ship now crippled by the explosion of their oxygen tanks, the crew had one recourse back to Earth: the undamaged Aquarius lunar lander. The lander wasn’t supposed to be used until Apollo 13 was ready to land on the Moon and it wasn’t outfitted for the trip back into Earth, but the crew had no other choice.

Because the Aquarius was designed as a vessel for the Moon, it didn’t have a heat shield durable enough to survive careening through the Earth’s atmosphere. Nonetheless, Haise and Lovell prepared it for launch and Swigert stayed onboard the Odyssey to shut its power down. 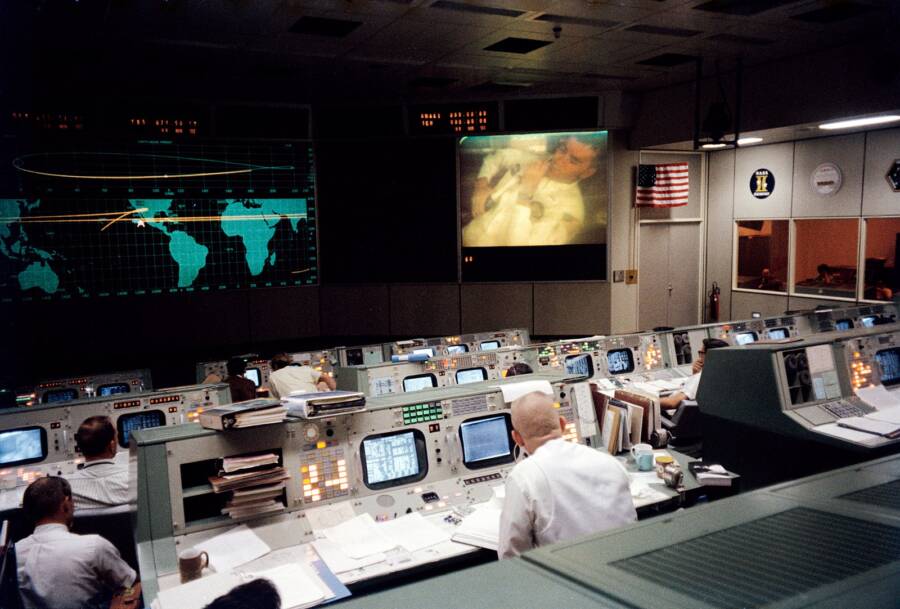 Wikimedia CommonsFlight Director Eugene F. Kranz (foreground, back to camera) speaks with astronaut Fred Haise (on screen) before the incident.

Using the lunar module to guide the Odyssey, the crew redirected their trajectory to take them around the moon and headed home. They would use gravity to direct them back to Earth so that they could power down the ship and reserve energy.

The three men also had to find a way to store up enough power on Aquarius to last them until they landed on Earth, so they powered down every nonessential system. Unfortunately, powering down nonessential systems meant there would be no heat on board.

While temperatures dropped to near freezing, some of the food became inedible. Aquarius was not designed to operate as long as it would take to reach Earth, so it would require water to cool its hardware and prevent it from overheating. Water that would be necessary to the crew’s own survival had to be rationed.

On top of all of this, Aquarius was designed for two people. It would be a cramped and harrowing journey home. 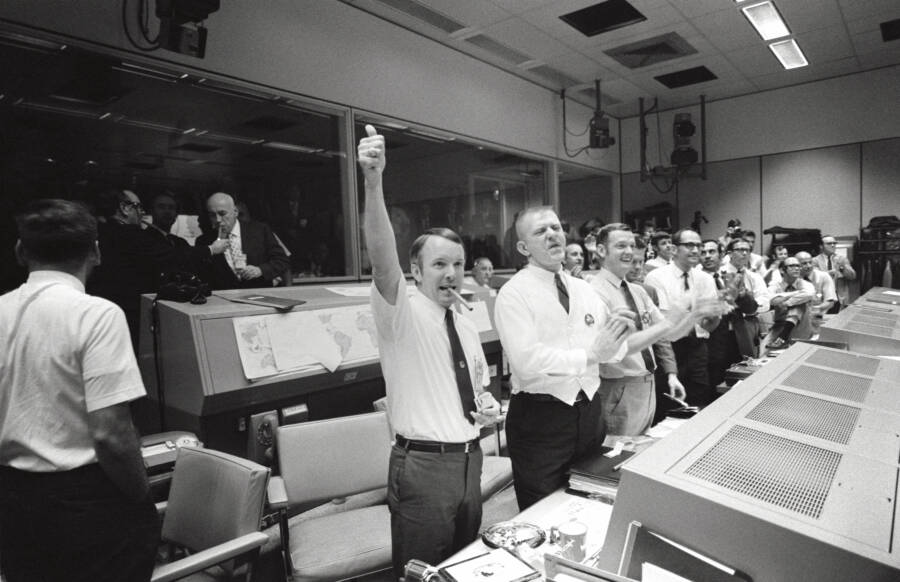 In the end, however, the quick-thinking, teamwork, and preparation of the crew — as well as that of Mission Control back on the ground — got the three men back safely on Earth.

On April 17, 1970, the crew powered the Odyssey back up as they entered the Earth’s atmosphere and splashed down near Samoa in the Pacific.

How The Mission Was Depicted In Hollywood’s Apollo 13

The phrase made famous by Tom Hanks and Kevin Bacon in the film, “Houston, we have a problem,” is not entirely correct and, apparently, the filmmakers were fully aware of this discrepancy.

According to NASA, the screenwriters simply smoothed out the original, “Okay Houston, we’ve had a problem here,” for the sake of dramatic effect.

The moment the astronauts realize something has gone horribly wrong, as depicted in Apollo 13.

As for the rest of the film, there’s an equal measure of both factual and dramatic events. Flight director Gene Kranz, who was played by Ed Harris, for instance, never declared: “Failure is not an option.” His statement was far more eloquent:

“I have never lost an American in space, sure as hell aren’t going to lose on now. This crew is coming home. You got to believe it. Your team must believe it. And we must make it happen.”

When Kranz was asked whether he preferred how Ed Harris relayed his lines, Kranz simply replied: “No. I’m satisfied with what I said.”

While we’re grateful for the high-budget entertainment that Hollywood makes of real-life heroics, it’s remarkable to note how the actual people behind Apoloo 13 were every bit as unbelievable as the characters who portrayed them.

After learning about how the iconic phrase “Houston, we have a problem” from the Apollo 13 incident was twisted by Hollywood, check out these amazing facts about Apollo 11, the first mission to land on the moon. Then, discover the sickening true story behind the Challenger disaster.