How Many People Died In The American Civil War? The Staggering Death Toll Of America’s Bloodiest Conflict

At least 620,000 soldiers died during the American Civil War — more than two percent of the U.S. population — along with an untold number of civilian fatalities. 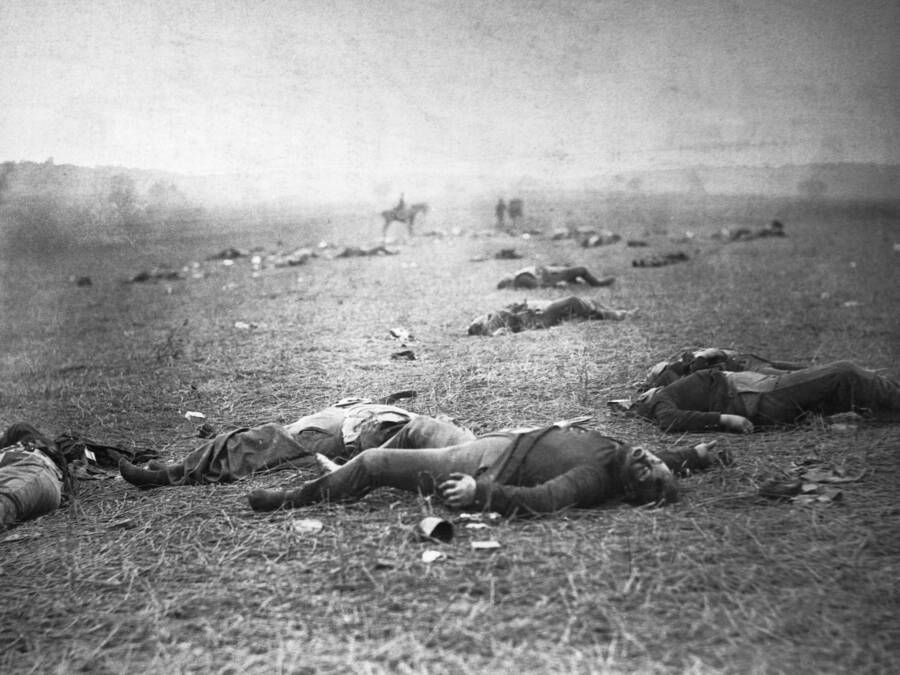 Corbis via Getty ImagesDead soldiers lie on the battlefield at Gettysburg, Pennsylvania, July 1863.

The United States has engaged in multiple wars. But none were as devastating as the war the nation waged against itself, the Civil War, which lasted from 1861 until 1865. So how many people died in the Civil War?

During the four years of conflict, Union troops faced off against Confederate soldiers on battlefields across the nation. These brutal confrontations sometimes resulted in tens of thousands of casualties for the two sides, as soldiers perished from both injuries and disease.

Yet once the war came to an end in 1865, determining the Civil War’s death toll proved to be a difficult task. Ever since, the question of how many people died in the Civil War has become a matter of debate, with some claiming that around 600,000 died and others arguing that the actual death toll was much higher.

The Start Of The American Civil War

When Southern states seceded and President Abraham Lincoln vowed to quash their rebellion, both sides thought the looming war would be a short one. Lincoln activated troops for only 90 days, and the newly formed Confederacy believed that one decisive battle could win their independence.

But on July 21, 1861, that battle, the First Battle of Bull Run, proved both sides wrong. As spectators watched, including U.S. senators, 28,450 Union troops clashed with 32,320 Confederate soldiers. The hard-fought battle resulted in a Confederate victory and set the stage for a much longer conflict. 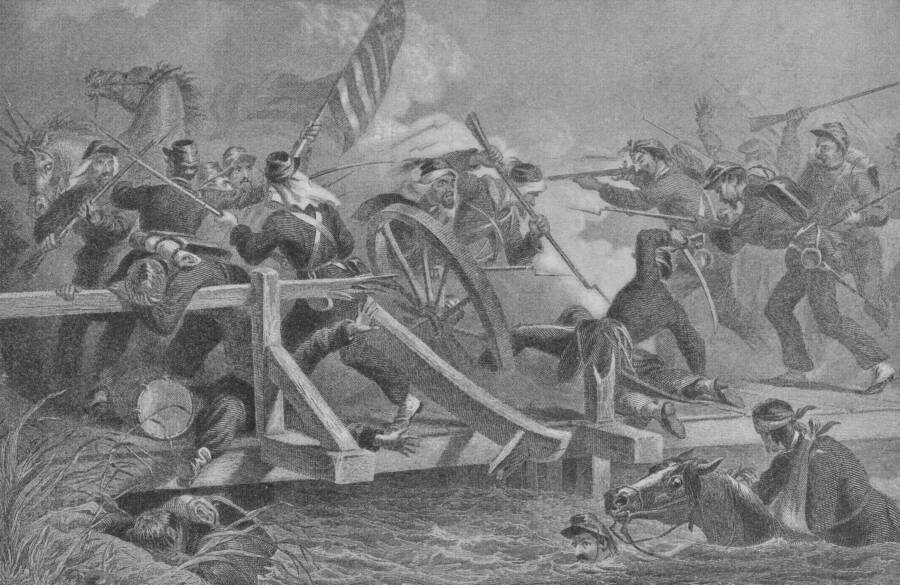 The U.S. Congress promptly extended the term of enlistment from 90 days to three years, according to the Virginia Museum of History and Culture, and expanded the army from 75,000 to 500,000 men. The Union was steeling itself for a drawn-out conflict with the Confederacy — and, indeed, the war would last almost four more years.

By the time the war ended in 1865 with Confederate General Robert E. Lee’s surrender to Union General Ulysses S. Grant, the conflict had touched every corner of the nation. Families had lost sons, husbands, and fathers. But how many people died in the Civil War?

How Many People Died In The Civil War?

After the war, two Union veterans set out to determine the true Civil War death toll. According to The New York Times, they meticulously pored over muster lists, battlefield reports, and pension requests. William F. Fox’s Regimental Losses in the American Civil War, 1861-1865 (1889), and Thomas Leonard Livermore’s Numbers and Losses in the Civil War in America, 1861-65 (1900), offered the first estimate of the Civil War dead.

Fox and Livermore, among other researchers, came to believe that roughly 618,222 people died during the Civil War, with Union deaths numbering 360,222 and Confederate deaths numbering 258,000. Men died in battle, from injuries, in captivity, and from disease, at a rate of about 500 per day.

Since then, 620,000 has frequently been cited as the Civil War death toll. But J. David Hacker, a demographic historian from Binghamton University in New York, recently challenged that static. He suggested in 2011 that the true number of Civil War deaths was probably higher, likely between 650,000 and 850,000. 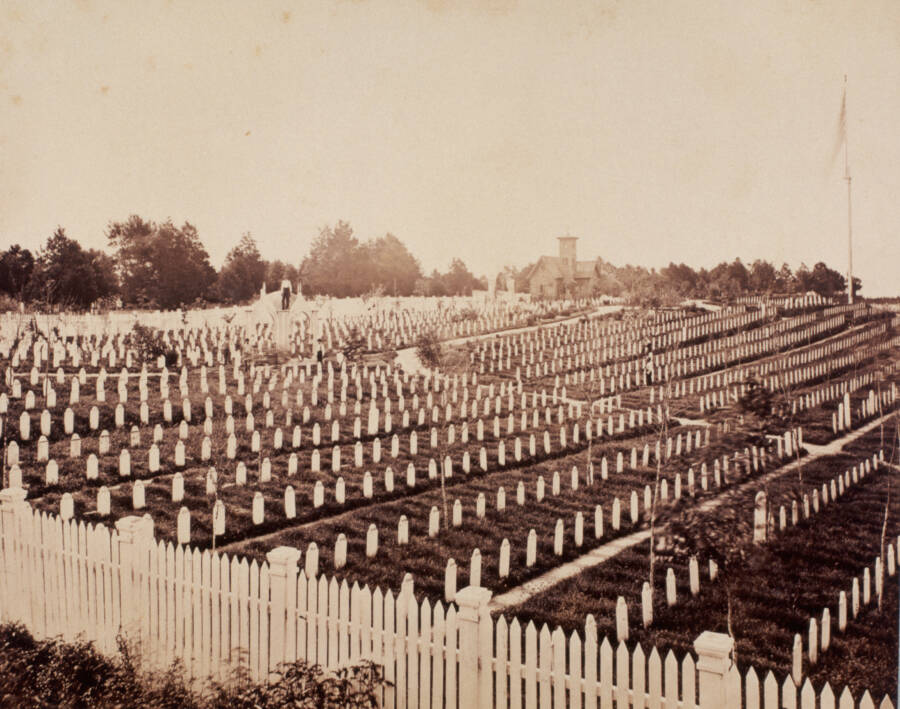 According to History, Hacker studied census data from 1850, 1860, 1870 and 1880. By examining the survival rates of native-born white men in the pre-war decades, he was able to determine approximately how many Americans died in the Civil War. Hacker additionally calculated death rates for foreign-born men and studied existing estimates of fatalities among Black soldiers.

However, Hacker presented his data with a couple of caveats. He didn’t estimate how many civilians died during the Civil War, an ongoing question among historians, and wasn’t able to differentiate how many soldiers who died in the Civil War were Union or Confederate troops.

That said, many historians were quick to praise Hacker’s work.

“It even further elevates the significance of the Civil War and makes a dramatic statement about how the war is a central moment in American history,” Eric Foner, a Civil War historian, said according to The New York Times.

They called Hacker’s estimate an “important insight,” but concluded that it was “very broad” and “not directly linked to the war years of 1861-1865.”

Hacker acknowledged that his methodology was “far from perfect,” but also argued that the 620,000 number for Civil War dead is also imperfect.

“They say, ‘How can you publish a number with that big of a possible error range (650,000 to 850,000)?'” Hacker told History. “So they’re going to stay with a number that we all know is much more specific. But to me, the 620,000 number has a big error range with it… We shouldn’t prefer that number just because it does not include the possible error range.”

The Legacy Of America’s Bloodiest Conflict 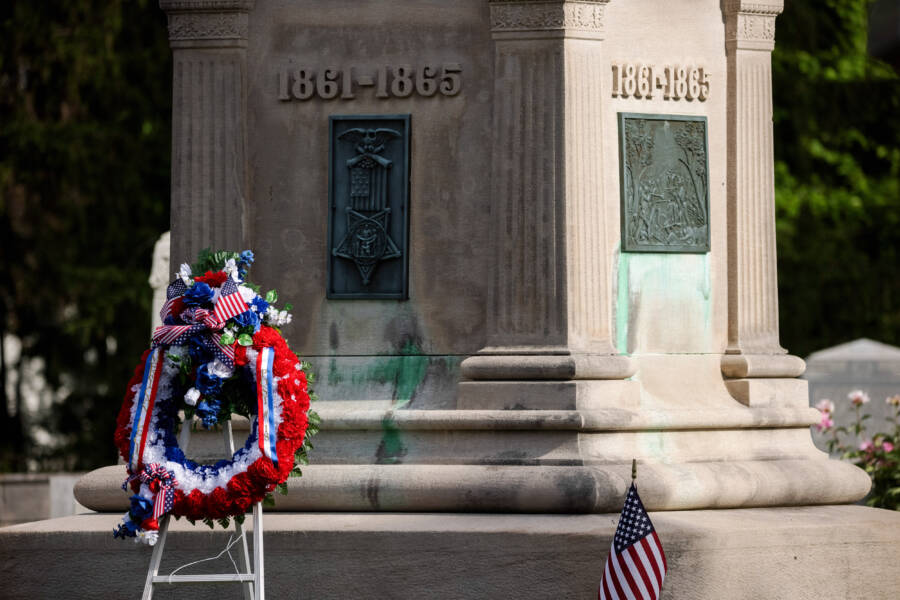 Jeremy Hogan/SOPA Images/LightRocket via Getty ImagesA wreath is placed at the Civil War Memorial in 2021, 156 years after the Civil War ended.

In fact, more Americans died in the Civil War than they did in every conflict between the American Revolution and the Korean War — combined.

And when the Civil War is broken down into numbers, it paints a devastating picture. As PBS explained, approximately 2.5 percent of Americans living in the 1860s died during the Civil War (adjusted for today’s population, that would be the equivalent of about 7 million people). Some 40 percent of the Civil War dead were never identified, including 66 percent of Black soldiers.

Each Civil War death, of course, was someone’s family member, friend, lover, or child. As such, the mere number, whether it’s 620,000 or 850,000, tells only part of the story. Perhaps President Abraham Lincoln himself put it best when he said in 1864:

“War at the best, is terrible, and this war of ours, in its magnitude and in its duration, is one of the most terrible.”

After reading about the stunning Civil War death toll, go inside the grim question of how many people died on the RMS Titanic. Or, see how many people Joseph Stalin killed during his time in power in the Soviet Union.