In spite of their size, hummingbirds are incredibly aggressive. Unfortunately, no amount of defense can keep them immune from the effects of climate change. 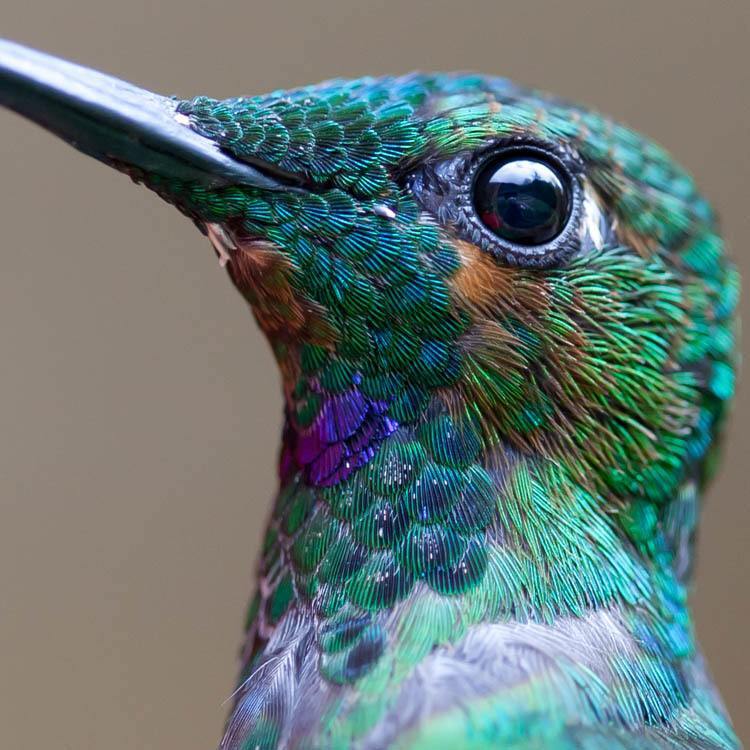 While the smallest bird in the entire avian kingdom, hummingbirds still pack a colorful punch when it comes to their magnificently iridescent feathers.

From bright crimson red to luminous emerald, to even a modest brown color, hummingbird feathers are extremely intricate- and there are over 300 species of this extraordinary bird spread throughout the Western hemisphere! As you can imagine, it’s not an easy task to capture these little guys on film – but when it happens, the results are fantastic. 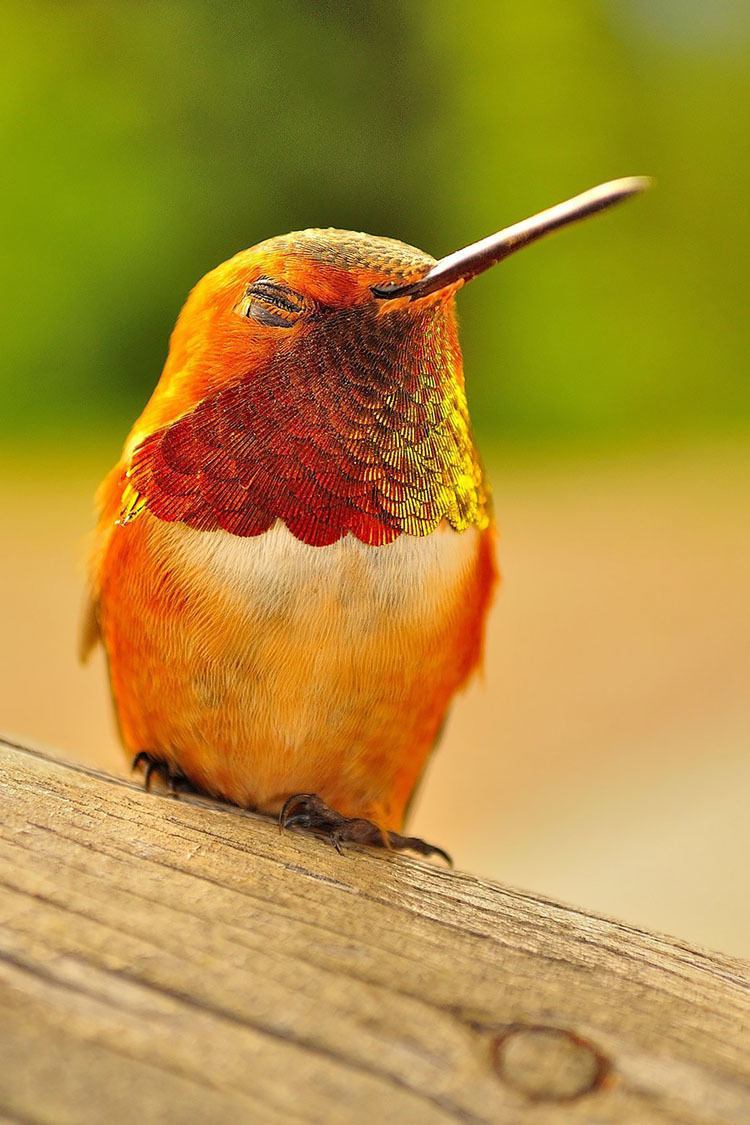 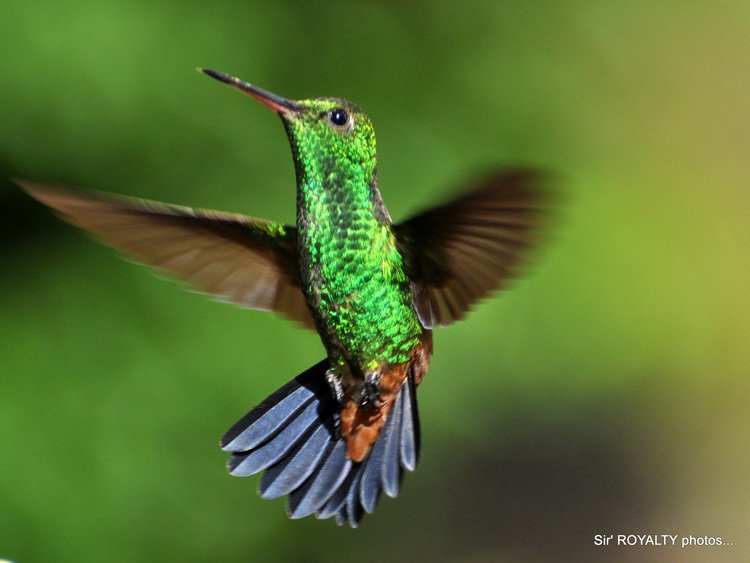 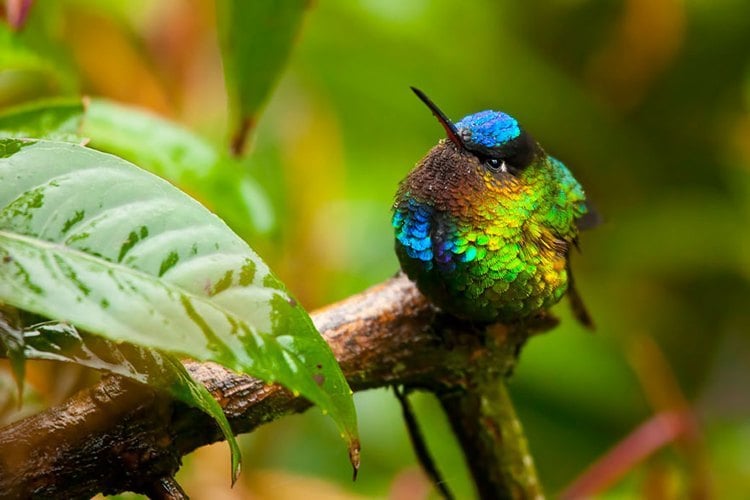 All hummingbirds have a pigment in their feathers that can make them appear different colors -depending on the angle at which they are viewed, how they are flying (they can fly both backwards and upside-down) and the position of the sun. Hovering can also be accomplished by flapping their wings in a figure-eight rotation.

They never use their feet to walk or hop, so they are constantly burning energy and need to eat frequently – whether it’s nectar, pollen, insects, or tree sap. Even though their feet are poorly developed, they can still perch when needed – mostly to feed on gardener’s backyard feeders. 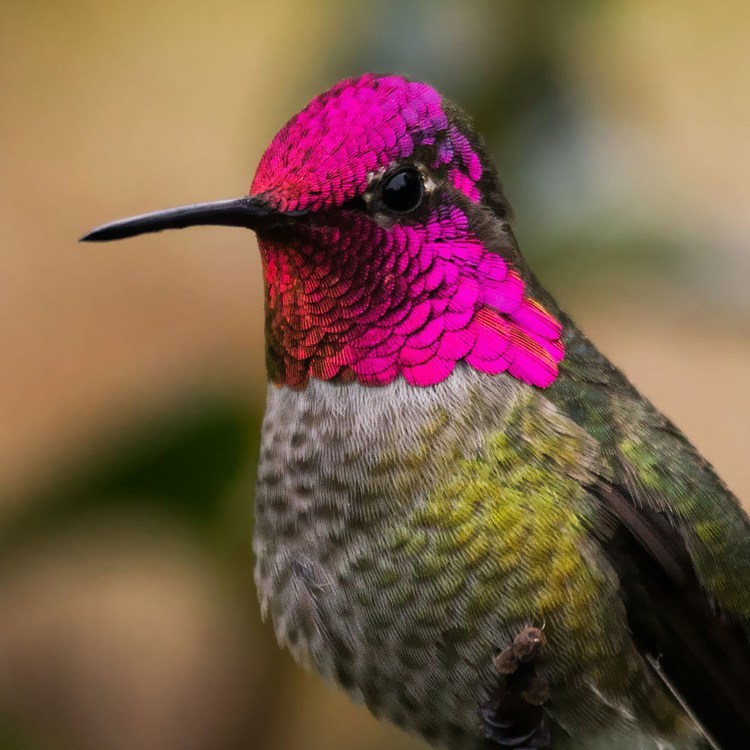 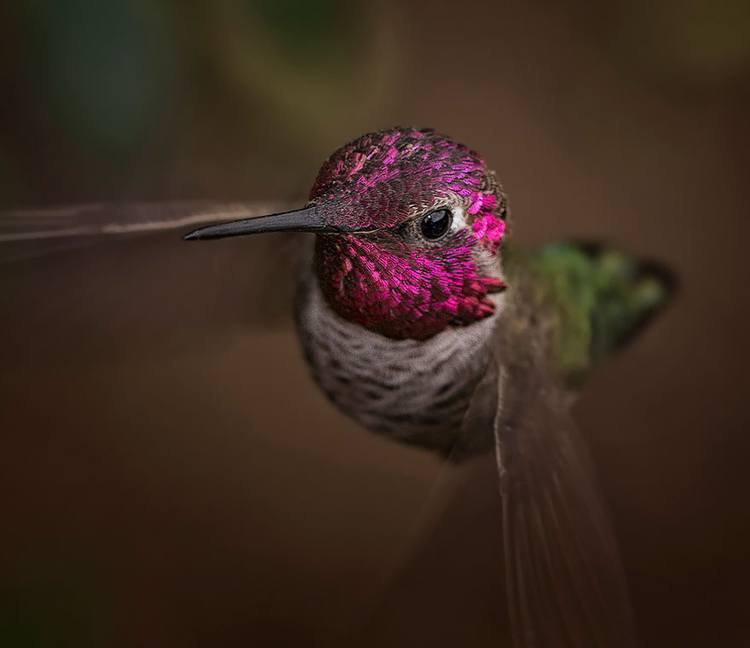 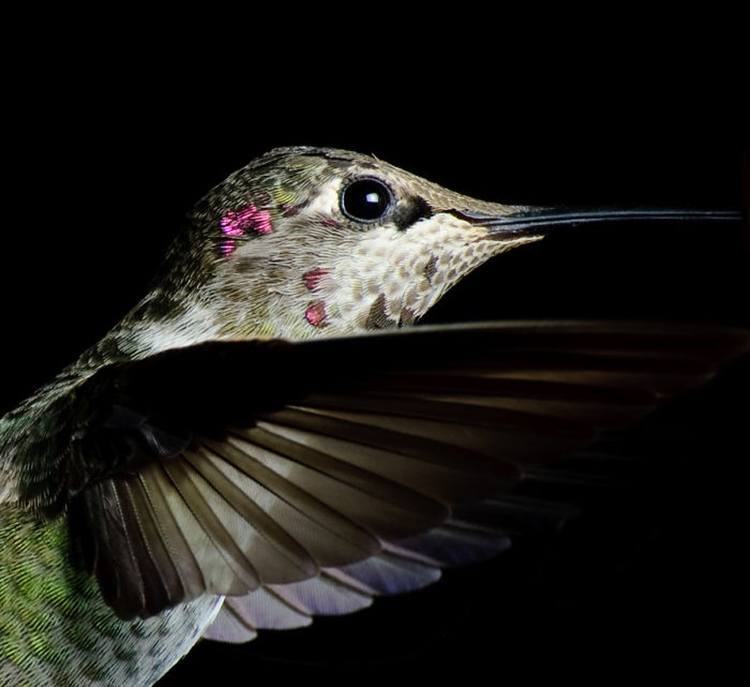 Unfortunately, some of these beautiful birds are nearing endangered status, as climate change is affecting their migratory patterns and ultimately taking them places where it’s harder for them to find food. Luckily for them, many birdwatchers and avian enthusiasts put out feeders to attract them -and that helps to provide energy for their migration. 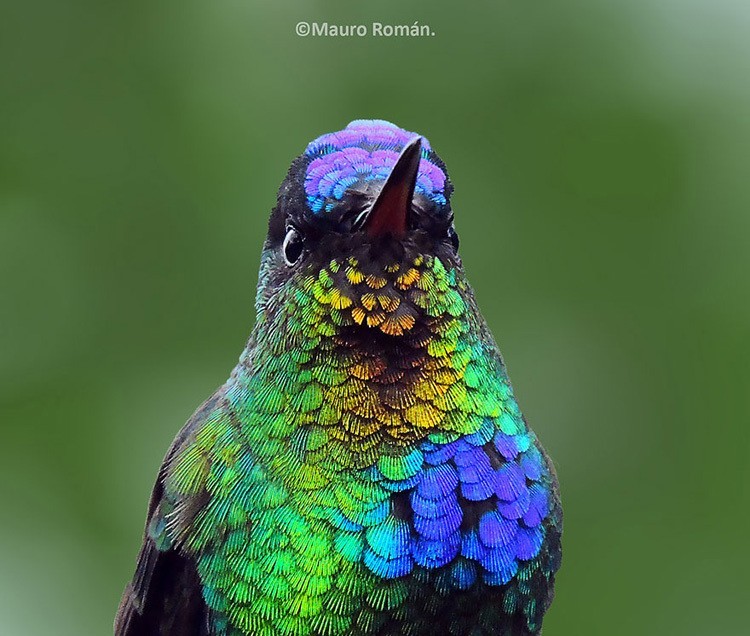 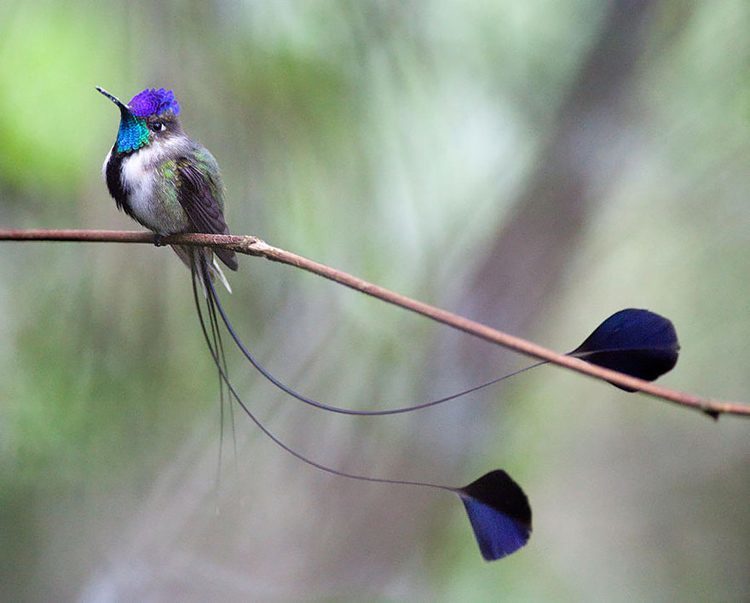 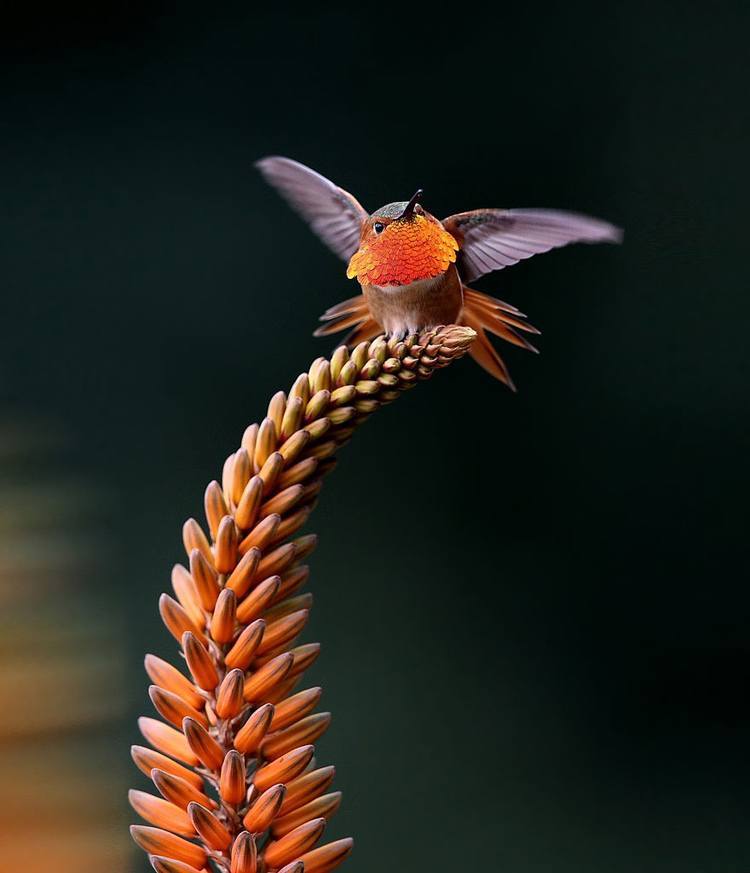 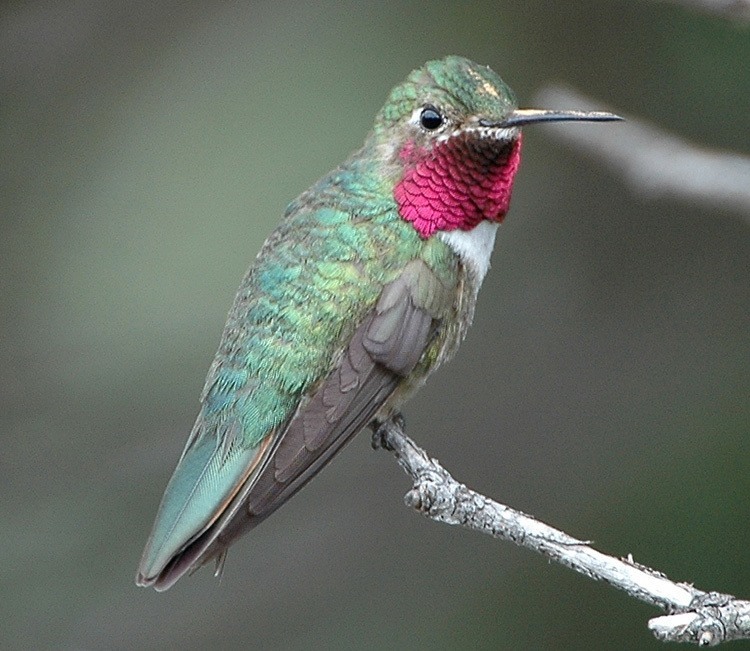 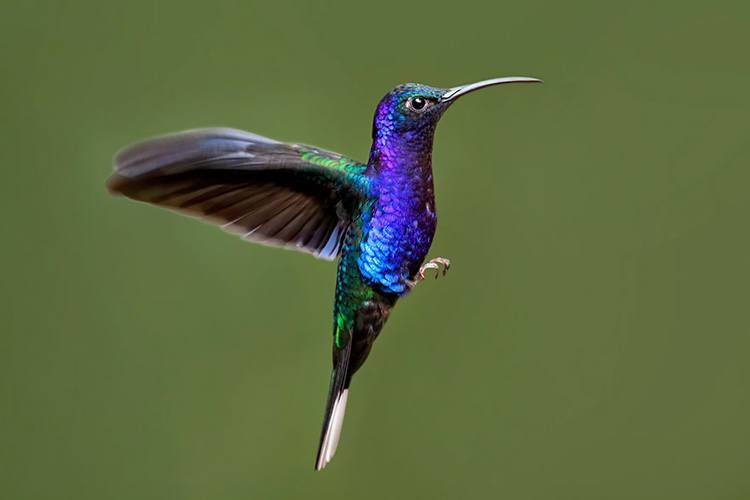 Hummingbirds are known for giving off a low frequency buzzing sound when they fly, which is the result of the intense speeds that at which hummingbirds flap their wings. They use these sounds as communication tools the same way larger birds do. They lack a true song, but they are able to chirp and vocalize in other ways. 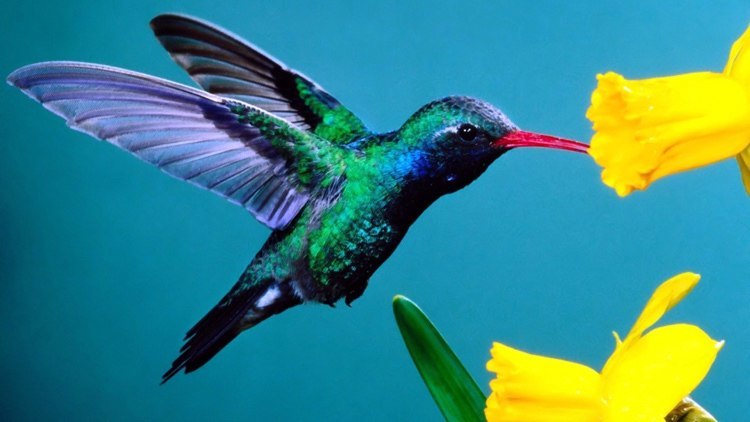 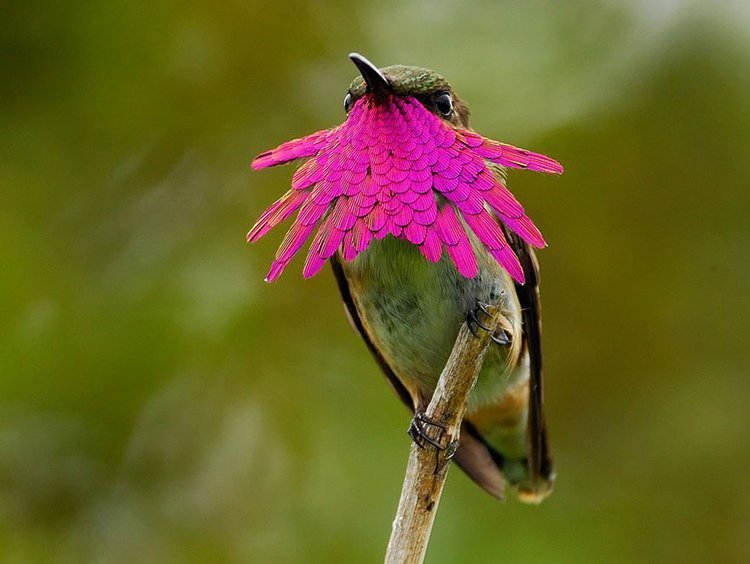 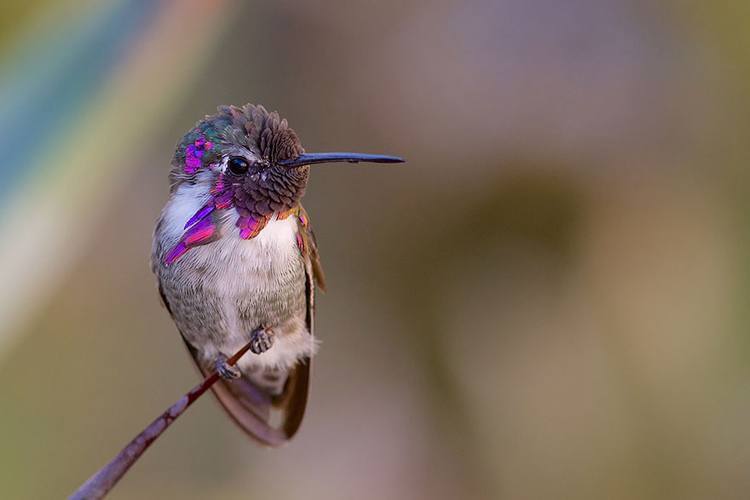 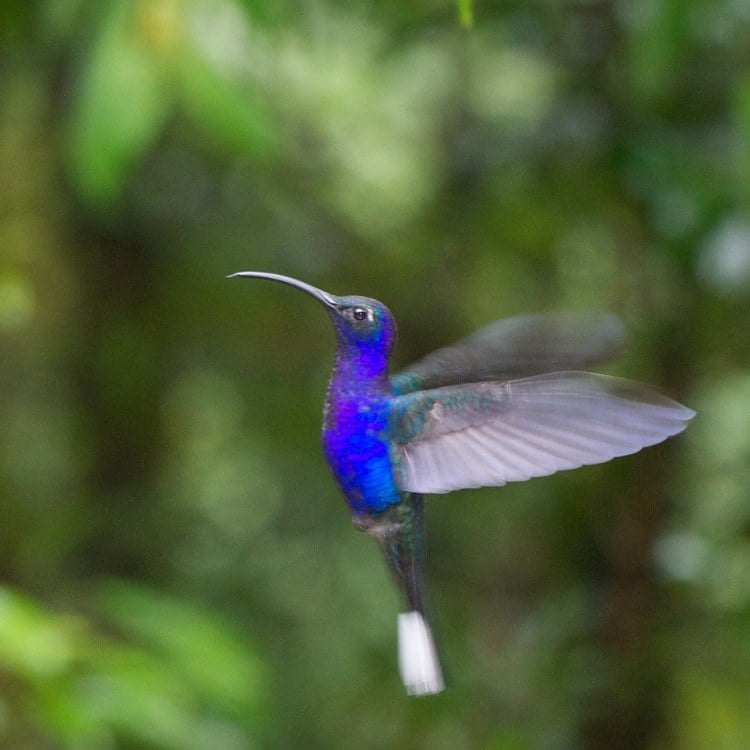 Their small stature definitely doesn’t mean they are weak; hummingbirds are actually extremely aggressive. They will fight birds much bigger than themselves, even hawks! Anything that steps into their territory is fair game, and hummingbirds aren’t afraid to put up a fight. 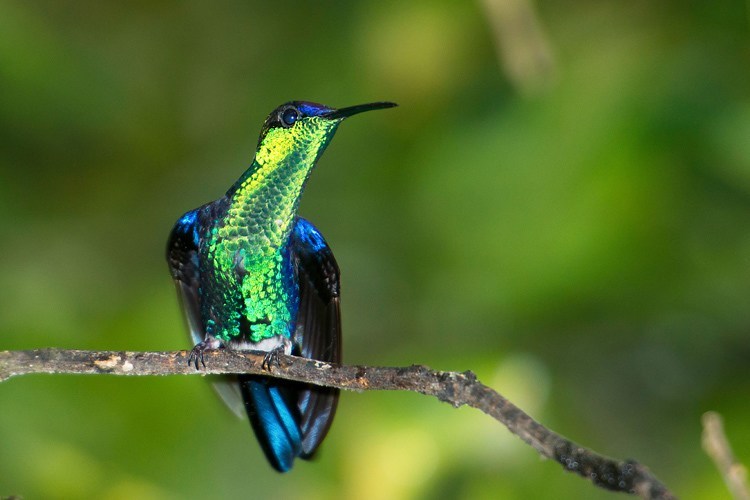 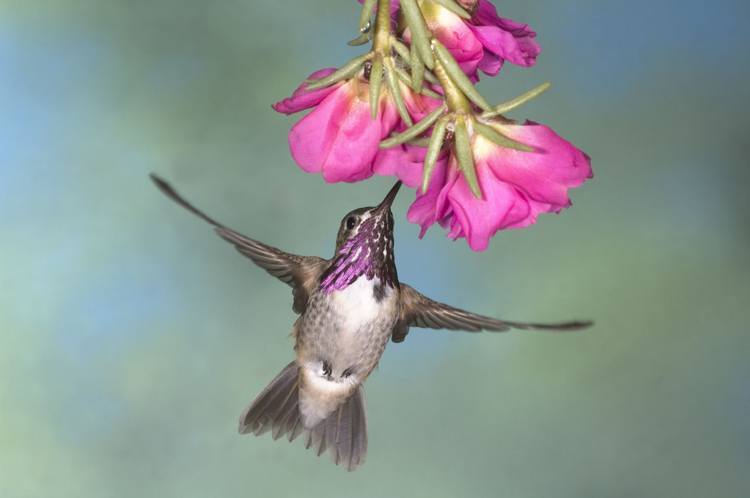 You can adopt a hummingbird or otherwise support their preservation by visiting the Defenders of Wildlife hummingbird page.