64-year-old Guy Gorney has a history of showing off his kills. The hunter has killed more than 70 wild animals for sport. 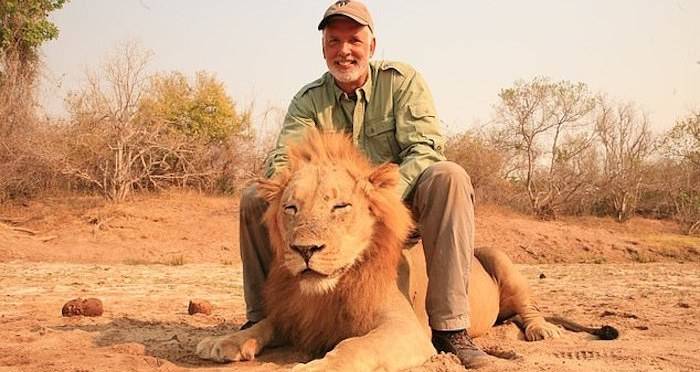 A newly resurfaced video shows a trophy hunter shooting a sleeping lion in Zimbabwe, sending it to a painful death — and now eliciting outrage across the internet. According to the The Daily Mail, the hunter is 64-year-old Guy Gorney of Manhattan, Illinois.

The graphic footage shows Gorney firing three rounds into the sleeping lion, which then wakes up writhing in pain. First, the video opens with Gorney, dressed in safari garb, taking aim. You can hear the voice of a person who is presumably the gamekeeper whispering instructions as Gorney steadies himself. The camera then zooms in on the lion, which is sleeping peacefully on the ground in an open plain.

Suddenly, the first shot is fired and the lion immediately arches his body, its mouth opening wide with sounds of pain. The lion is visibly confused by the sudden attack before the second and third shots ring out and the lion collapses back on the ground.

“Okay, okay, don’t do any more,” the gamekeeper tells Gorney after the third round. The gamekeeper congratulates Gorney and shakes his hand enthusiastically.

“A very nice lion,” the gamekeeper continues, patting Gorney on the back. As the hunting group gets closer to the lion’s dead body, the camera zooms closer to capture the beast’s lifeless face and the gamekeeper can be heard calling it “an exceptional lion.”

The gruesome video was shared by a UK-based animal advocacy organization on Twitter using the handle @Protect_Wldflife.

“This ‘hunter’ sneaked up on a SLEEPING #Lion and killed it!,” the Twitter caption for the video read. “How brave, how sporting – HOW CUNTISH!!!”

This 'hunter' sneaked up on a SLEEPING #Lion and killed it!

How brave, how sporting – HOW CUNTISH!!!

According to the @NatGeo
magazine, the Lion will have disappeared from the African continent in 2050!!!! RT if you want a GLOBAL ban on ALL #trophyhunting NOW!! @RickyGervais pic.twitter.com/F5qcOpE0ix

Public reaction online was swift with many Twitter responses calling for the hunter, who had not been identified at the time, to be revealed. As things tend to develop on the internet, the identity of the hunter was eventually revealed to be Gorney.

It might not come as a surprise but this isn’t the first time Gorney has been publicly targeted for his hunting habits.

In 2015, Chicago radio station WBBM interviewed the shooter after a photo on Gorney’s Facebook showed him straddling the back of a dead lion. Judging from the outfit Gorney is wearing in the old photo, it was presumably taken on the same hunting trip documented in the now-viral video.

Aside from these documented exploits, Gorney has successfully hunted down what he calls the “Big Five”: lion, elephant, rhino, buffalo, and leopard. At the time of the interview, Gorney said he had killed an estimated 70 animals.

Gorney’s Facebook shows him posing with a variety of wild animals that he’s killed. One photo in particular shows Gorney smiling as he poses in a squatting position right next to a hippopotamus he had shot, with its wound visible on the side of its carcass. The dead hippopotamus’ body had obviously been posed with its mouth held agape by a thick stick to show off its large teeth. 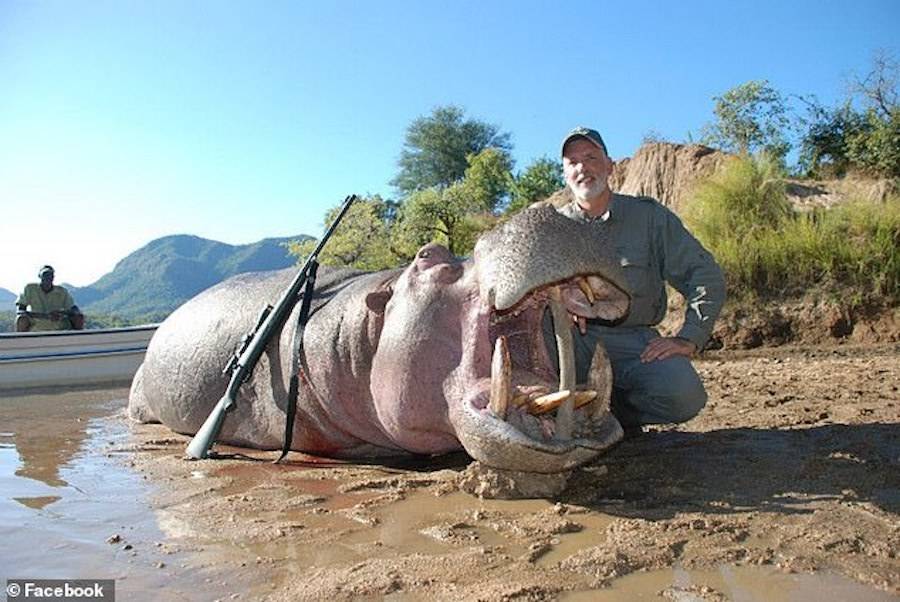 FacebookGorney poses with a dead hippopotamus, its mouth held open with a stick for the photo op.

Other photos show Gorney posing with dead grizzly bears, rhinos, elephants, and moose, among other animals that he killed.

“When I killed that buffalo that had hurt somebody, the people that had benefited from the death of that animal cheered. Clapped,” Gorney said in the radio interview. “The ‘why’ is just the – I call it the adventure of it. Same reason Teddy Roosevelt did it.” He also stated that he considered shooting a lion instead of a zebra, one of the big cat’s usual prey, part of keeping the balance in nature.

“I love zebra, so shooting a lion probably saves 70 zebra a year, give or take,” Gorney said. 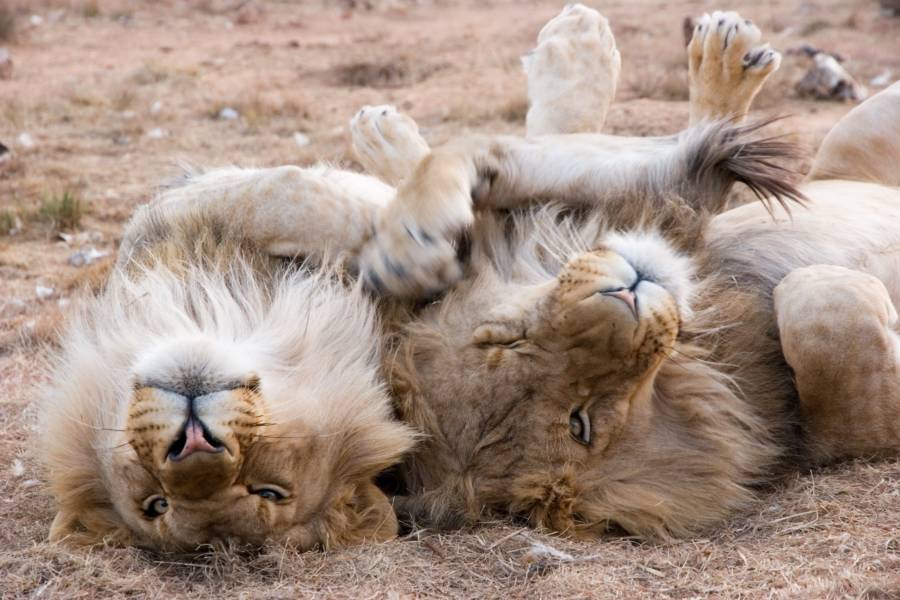 PexelsThe lion population has seen a big decrease over the last decade.

In the interview, Gorney continued on to say that he abides by the law when he hunts and doesn’t agree with poachers or people who threaten other people, likely a reference to the individual who doxxed his address and phone number online after the 2015 photo came out.

Nevertheless, lion populations have come under increasing threat from poachers and trophy hunters like Gorney. According to the World Wildlife Fund, there are only an estimated 20,000 lions left in the wild, which has the lions now classified as a vulnerable species.

Next up, read about Claude Keynhans, the trophy hunter who got killed by the herd mate of the buffalo he’d just shot. Then, learn about the popular game hunter who got squashed under an elephant that he was hunting.