The museum urged visitors not to balance on the tracks anymore in a show of respect, though some visitors argued in their defense that there are many different ways to mourn. 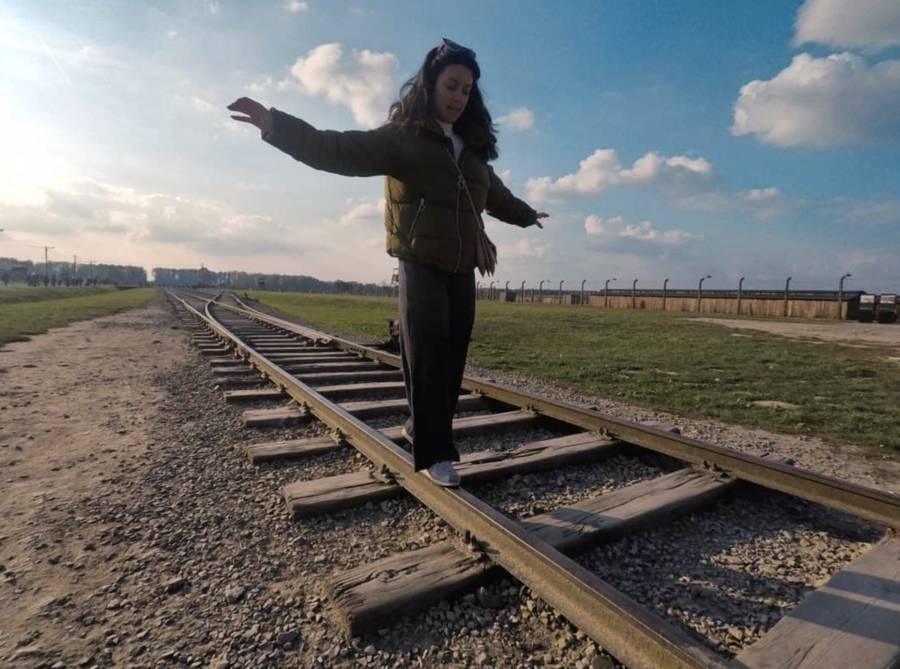 TwitterA visitor at Auschwitz-Birkenau balancing on the train tracks that brought over 1 million people to their deaths.

More than 1.1 million people were killed at the Auschwitz-Birkenau concentration camp during the Holocaust. Now a memorial and museum, the site in modern-day Poland largely attracts a respectful and solemn crowd of visitors — with the exception of a few likes-hungry outliers.

According to The Jerusalem Post, a substantial amount of visitors have been balancing on and misbehaving around the train tracks which lead into the former camp — tracks upon which cargo trains transported countless innocents to their deaths.

In addition to the misguided behavior itself, visitors have been posting photos of themselves during this balancing act to social media. This action, in turn, prompted the official Auschwitz Memorial Twitter account to ask its visitors to practice more respectful etiquette on site and led to a heated conversation on social media concerning the subjective differences in proper mourning and individual respect.

It's simple: be respectful. https://t.co/qqb5rbwZur

The museum’s initial post asked visitors to “remember you are at the site where over 1 million people were killed,” and that “there are better places to learn how to walk on a balance beam than on the site which symbolizes deportation of hundreds of thousands to their deaths.”

The Auschwitz-Birkenau Memorial and Museum saw a record 2.15 million people visit in 2018, which last year’s numbers being about 50,000 higher than the previous record in 2017. While most attendees follow established maxims of respect at such sites — no running, no screaming, or using the site as an opportunistic element for social media posts and subsequent ‘likes’ — not everyone is in agreement that balancing on the tracks is a sign of disrespect.

“I have visited Auschwitz with my children. My mother was a Holocaust survivor,” one user tweeted. “Many of her family perished. I think this tweet is unworthy and controlling. Sometimes you just need to de-stress a bit. Stop trying to manage everyone into ‘your version’ of respect.” 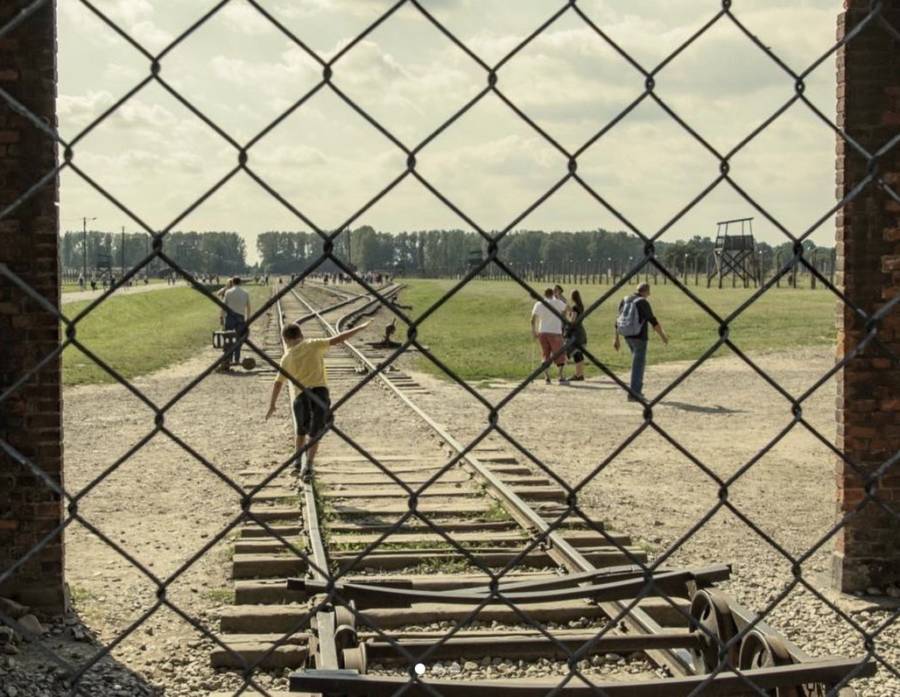 TwitterA kid visiting the museum balancing on a railroad track.

“Sometimes a person needs a break from all the horrors there, just taking a couple minutes to re-center themselves,” another user wrote. “All mourn in different ways.”

Of course, the overwhelming majority reflected online certainly suggested that this point of view is an unpopular, minority opinion. Auschwitz Memorial officials made sure to publicly address these stances and did agree that people mourn differently, but that there’s a middle ground easily attained that doesn’t disrespect the memories of those who died.

Among over two million visitors most of them are not doing it. We also understand that people react differently to the experience and need 'a break from the horrors'. However there are other ways of doing this. Mourning is possible in a way that is not disrespectful.

Ultimately, the notion that human beings experience and reflect vastly different types of mourning is a worthwhile concept to remember — yet making an effort not to detract other visitors with possible personal experiences with the site should ideally trump that idea. Auschwitz-Birkenau as a memorial site is symbolic ground. The course of world history was forever changed by the crimes that occurred there during the World War II era, as well as the systematic corruption of morals and national identity that led to them.

Millions were killed — and those in charge of maintaining the standards of behavior at this site are merely attempting to retain a well-established sense of dignity and respect. As the museum itself posted online at the very beginning of this issue — “it’s simple: be respectful.”

Next up, read about the tragic heroism of Gisella Perl — “the angel of Auschwitz.” Then, learn about Stanislawa Leszczyńska, who was born in Auschwitz and delivered 3,000 babies during the Holocaust.