The country's second-richest family has a dark past of forced labor, sexual abuse against those laborers, and inextricable Nazi ties and pledges to Hitler before he even usurped power. 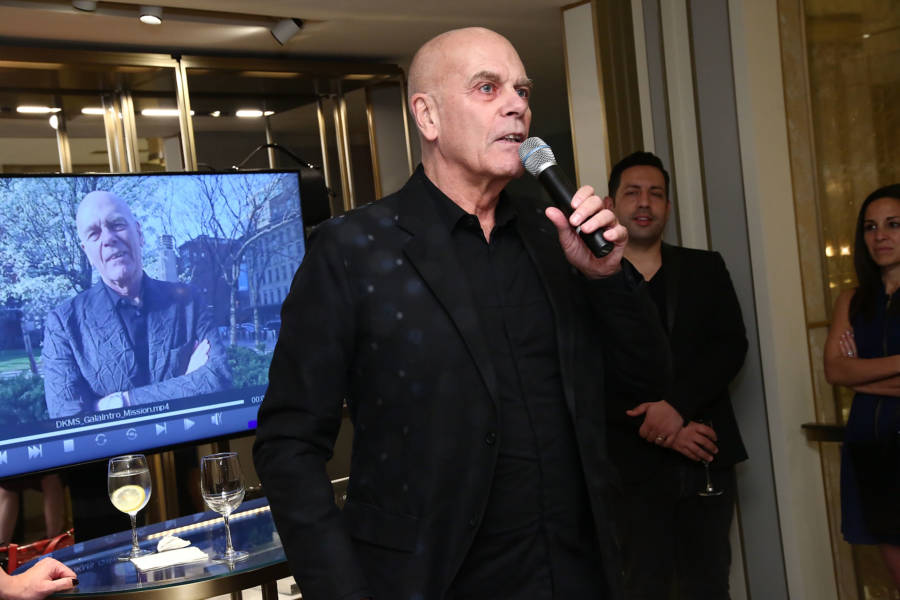 Many of Germany’s wealthiest families and lucrative corporations got their start during the Nazi era. From Volkswagen to Bayer, the most egregious examples comprise people who took advantage of the Holocaust’s conditions and profited off the backs of dying innocents.

According to The New York Times, Germany’s second-richest family which built a multibillion-dollar empire through its Krispy Kreme, Panera Bread, Jimmy Choo, and Pret A Manger business ventures, not only gleefully supported Adolf Hitler, but used forced labor, sex slaves, and beat its workers on a regular basis.

The Reimann family, which owns a controlling stake in the consumer goods conglomerate JAB Holding Company, actually commissioned the historian who uncovered their past themselves. The findings were initially published in German tabloid Bild and have shocked the entire country. 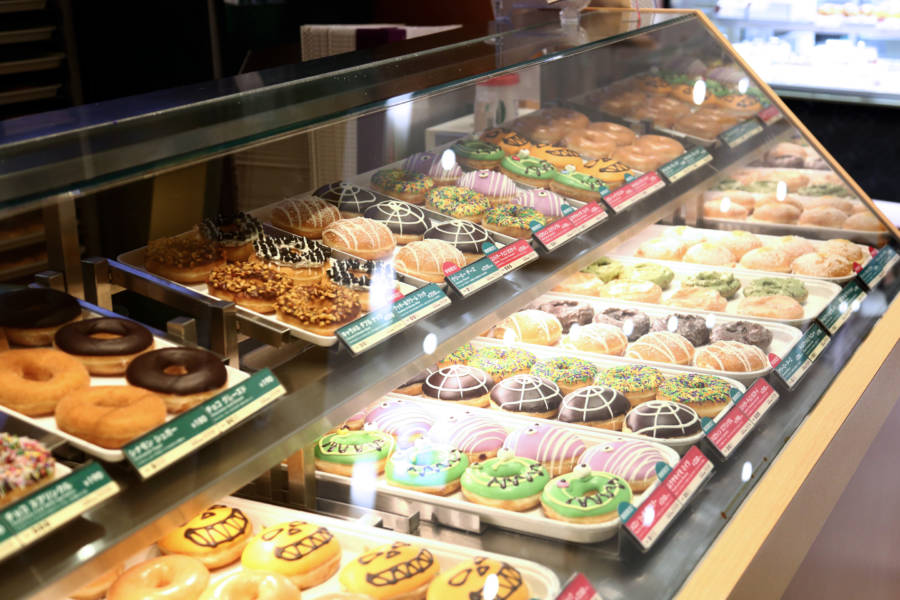 Wikimedia CommonsKrispy Kreme is one of the few Starbucks competitors the Reimann family is invested in via JAB Holding.

In the 1930s and 1940s, Albert Reimann Sr. and his son Albert Reimann Jr. — who ran the company during those 12 years of Nazi rule and are now both dead — were both staunchly anti-semitic. They supported both Hitler and the personal use of forced laborers.

These unpaid workers not only slaved away at the Reimann’s industrial chemicals company in southern Germany but in the family’s own home. The inhumane treatment wasn’t merely comprised of a lack of payment but veered into sexually abusive territory as well.

Some of the Eastern European female workers, for instance, were forced to stand at attention, naked, in the factory barracks of the Reimann business. If they didn’t, they were sexually abused. Workers were also beaten and kicked including a Russian woman who cleaned the Reimann villa.

Family spokesman Peter Harf, who also serves as one of two managing partners of JAB Holding didn’t even attempt to sugarcoat the historian’s findings.

“Reimann Sr. And Reimann Jr. were guilty,” he said. “They belonged in jail.” 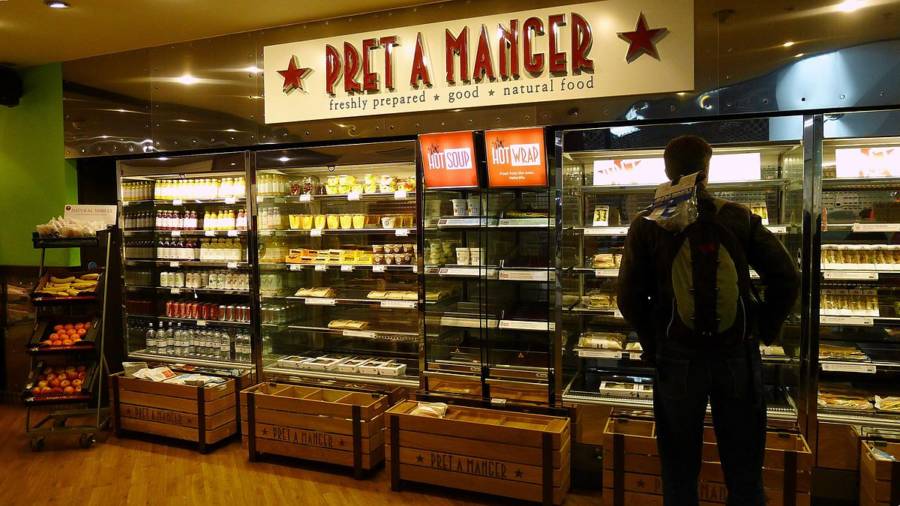 Wikimedia CommonsThe Reimanns invested in these on-the-go coffeeshops to compete with Starbucks. The Pret A Manger franchise recently opened in Berlin.

World War II saw Germany struggle with vast labor shortages with around 12 million people from over a dozen countries on the continent abducted by the Nazis to alleviate the German war effort. Estimates indicate that at the peak of this inhumane trend, 20 percent of the German workforce was just that — forced work.

Of course, Nazi Germany prioritized industries and sectors that would directly benefit the military and war-centric needs and allocated workers as such. Men and women, abducted from their homes in Nazi-occupied territories, as well as prisoners of war, were moved around as needed.

For the Reimann family, these realities took on an even darker turn as some of the uncovered documents indicated cruel, unnecessary abuse, perpetrated by Reimann Sr. and his son themselves. The brutality, tragically, was often sexual in nature.

“It was very common for companies to use forced laborers — but it was not common for a company boss to be in direct and physical contact with these forced laborers,” said Andreas Wirsching, director of the Leibniz Institute for Contemporary History. 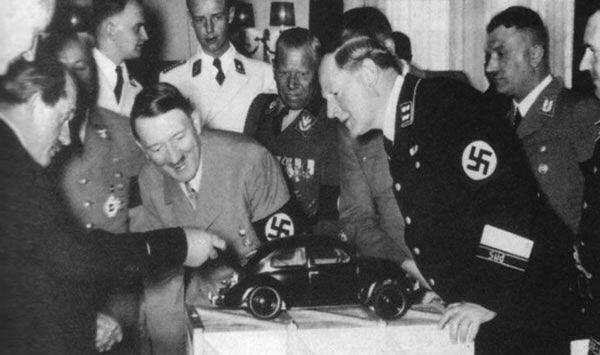 TwitterFerdinand Porsche showing a model of the VW Beetle to Adolf Hitler, 1935.

The Reimann father and son, who died in 1954 and 1984 respectively, never spoke about the Nazi era after it dissolved. In the early 2000s, however, the younger generation of Reimanns who were eager to process their past and forge ahead into their own future began to investigate their history.

When the family found out that their father and grandfather were dedicated Nazis they were crushed. That was why in 2014 the family asked Paul Erker, an economic historian at the University of Munich, to document this past and the modern story of familial confrontation with it. This research is reportedly ongoing.

“We were speechless,” said Harf. “We were ashamed and were white as a wall.”

As it stands, the family plans on publishing the detailed report at some point next year. Additionally, the Reimann family has pledged 10 million euros ($11.3 million) to a yet unannounced charity.

Of course, in contrast to the 10 billion marks the German government pledged to compensate forced laborers in 2000, half of which came from complicit corporations like Siemens, Daimler, Deutsche Bank, and Volkswagen, the Reimann pledge is a pittance.

The vast list of industries and corporations that benefitted from Nazi Germany is staggering and will likely continue to be exposed as time goes on.

To its credit, Daimler was the very first to come in from the cold when it admitted in the 1980s that it used 40,000 forced laborers during the war. Volkswagen followed and admitted that it used around 12,000 people including concentration camp prisoners who were held captive in a VW-dedicated camp. 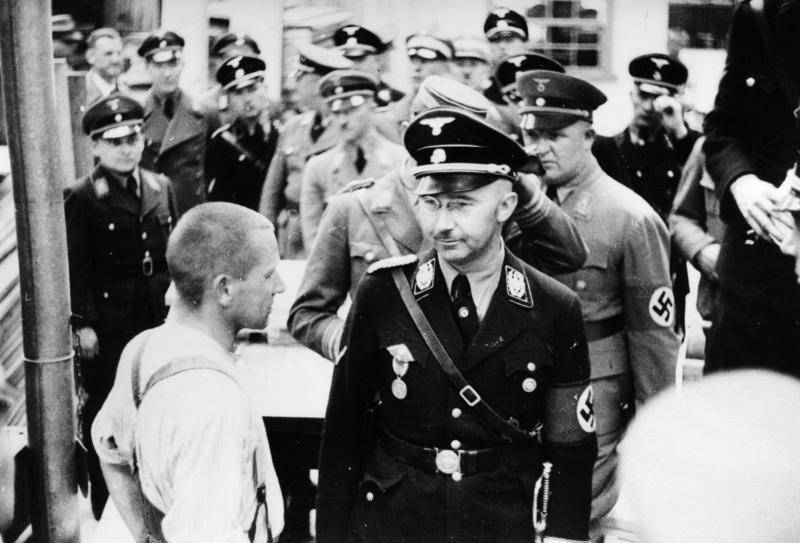 Wikimedia CommonsAlbert Reimann Jr. wrote Heinrich Himmler a letter in 1937, pledging his belief in the race theory and that all his Aryan employees believe in it too.

Regarding the Reimanns, the family initially got rich from a chemical company and then used those profits into JAB Holding which has since spent billions to compete with Starbucks by buying companies such as Krispy Kreme, Pret A Manger, and Peet’s Coffee & Tea.

The family’s fortune was estimated last year at 33 billion euros. In other words, the 10 million euros they pledged to those affected by the forced labor conditions of the past, won’t hurt their fortune a bit.

Mr. Wirsching, the historian researching the family, made it clear that the late Reimann’s didn’t seem like mere opportunists but “committed Nazis.” Records bear this out, as both father and son joined the Nazi party before Hitler even rose to prominence and donated money to the SS.

Albert Reimann Jr. even wrote Heinrich Himmler a letter in 1937 engaging in direct, kind contact with the head of the SS, a man who oversaw the Holocaust.

“We are a purely Aryan family business that is over 100 years old,” wrote Reimann Jr. “The owners are unconditional followers of the race theory.”

When the war ended, the family was investigated by the Allies. The French banned them from conducting business there ever again, but the United States overturned that judgment. Fortunately, both the public and the family itself is now capable — or forced — to reckon with their past.

Next up, read about Hitler’s descendants who’ve decided to end the bloodline. Then, learn about Oskar Dirlewanger — the Nazi even other Nazis found cruel and depraved.