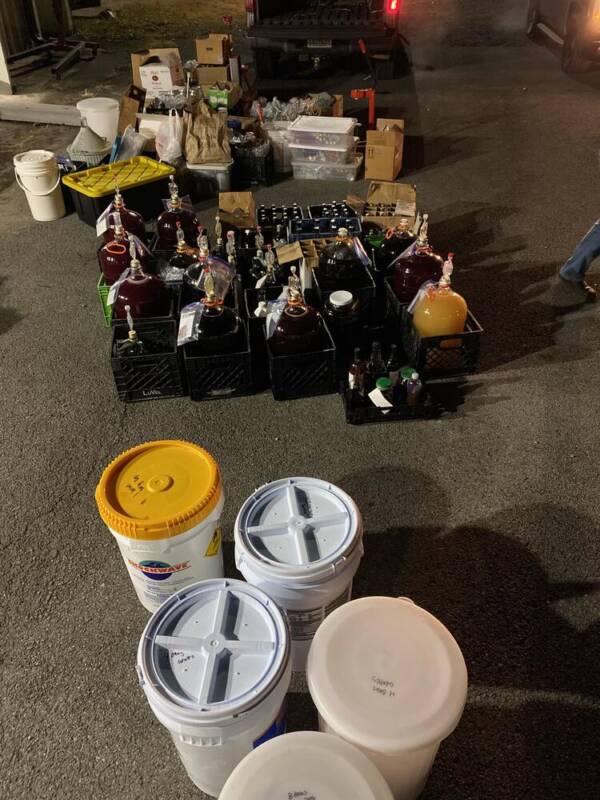 DeKalb County Sheriff’s Office A large amount of alcohol was found during a raid on an illegal winery inside a sewage plant.

Authorities in Alabama received an anonymous tip alleging an illegal wine-making operation was happening inside the unlikeliest of places: a wastewater treatment plant in Rainsville, a small town in northern Alabama.

According to local news outlet KIRO 7, the tip led to an investigation by local police. In mid-December, DeKalb County investigators paid a visit to the Rainsville Wastewater Treatment Plant for an inspection.

As the tipster had alleged, authorities found a large illegal winery operating inside the water treatment facility.

During the search, agents with the Alabama Law Enforcement Agency and State Bureau of Investigation uncovered a large amount of illegal alcohol. The makeshift wine-making operation also showed signs of long-term use, suggesting that the underground business had been operating for a long time.

On the scene, where local authorities were joined by Rainsville Mayor Roger Lingerfelt, various buckets and glass containers were found. There was also a fermenting rack, fermenting vessels filled with white and red wine, and other equipment typically used for homemade wine. 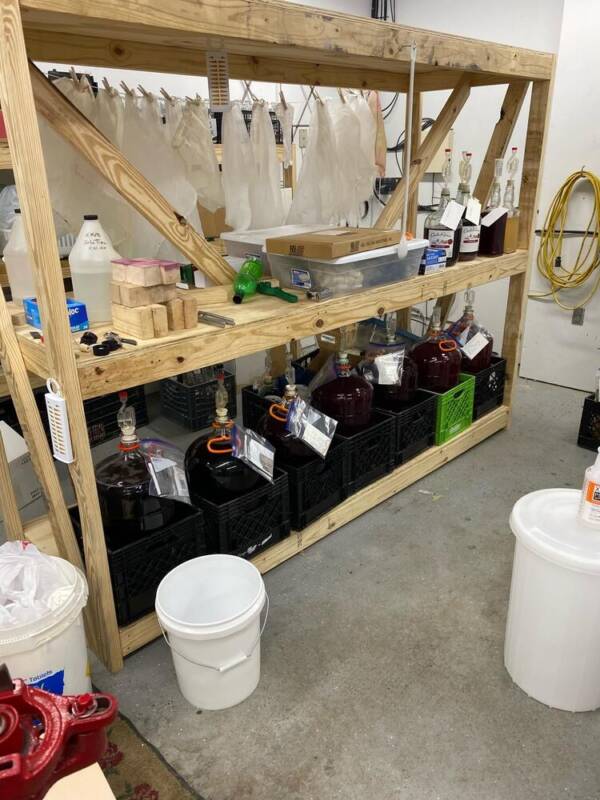 Among the discoveries were buckets of wine and this fermenting shelf.

In Alabama, it’s legal to produce wine at home. However, state law dictates that it’s illegal to produce more than 15 gallons of wine or beer at a time. Based on police photos of the busted winery, there appeared to be at least 100 gallons being produced at the time of the raid.

No perpetrators involved in the illegal winery have been identified so far but several arrests were made.

“I want to thank the mayor for his cooperation and willingness to allow law enforcement to do our job and shut something like this down,” said Sheriff Nick Welden in a press statement about the winery bust. “This is definitely one of the biggest operations we’ve seen in our county and possibly our state.”

He added: “Once again, it doesn’t matter who you are, no one is above the law. We won’t tolerate anyone using their position to hide their illegal actions at the taxpayer’s expense.”

Investigations into the illegal winery are ongoing and charges are expected to be filed. 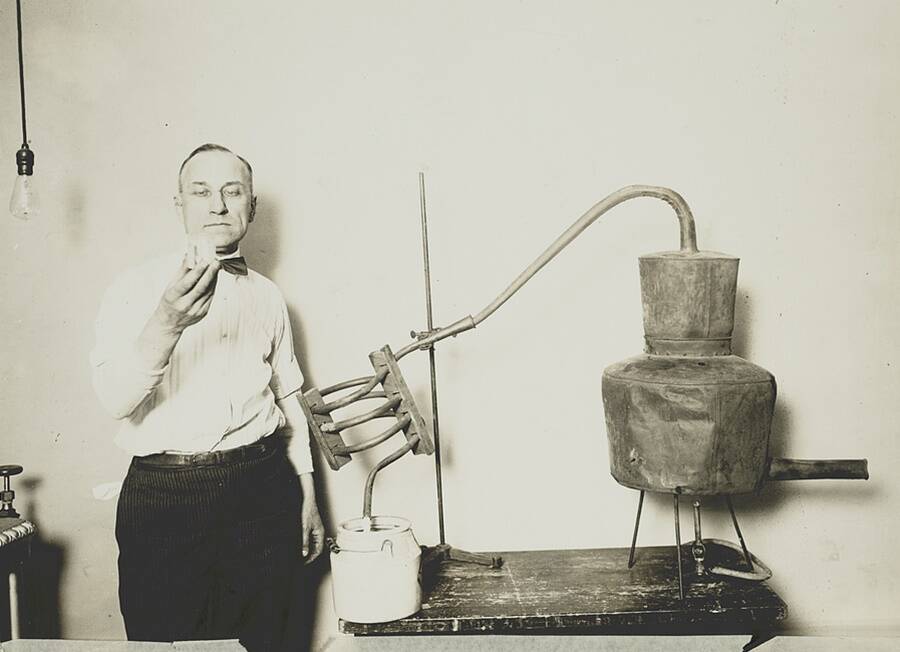 Library of CongressA moonshine still that was confiscated by the federal government in 1921.

While it isn’t the first time Alabama authorities have busted illicit alcohol operations, the state has mostly been known for its struggle against the illegal production of moonshine, a spirit concocted from fermented sugar and grain that can contain dangerous amounts of alcohol.

Moonshine was a staple of the Antebellum south but was eventually outlawed due to its potency. Authorities conducted raids and confiscated illegal moonshine supplies and production tools.

In 1915, Prohibition was mandated statewide five years before it became federal law. Of course, the ban on alcohol only fueled the illicit trade of alcohol across the state and the country.

After Prohibition ended, alcohol sales remained illegal in Alabama for four years. Illicit alcohol manufacturers wanted to keep sales off the books as long as possible to avoid taxes.

Their interests unexpectedly aligned with southern preachers, who supported the underground trade because it kept alcohol away from the mainstream public.

As attitudes around alcohol consumption in the U.S. shifted, counties around the state began to relax their bans with some limitations. Clay County became the last county in Alabama to legalize alcohol sales in 2016.

But, as the state’s history shows, people bent on skirting the law will find a way to do it.

Next, read about vin mariani, the cocaine-laced wine loved by public figures from the Pope to Ulysses S. Grant, and uncover the real receipts used by the ancient Sumerians to trade beer 5,000 years ago.