Inside A Black Hole: Six Surreal Things That Might Happen

Be it time travel or, god forbid, spaghettification, these are six leading theories on what might happen to a person if they go inside a black hole. 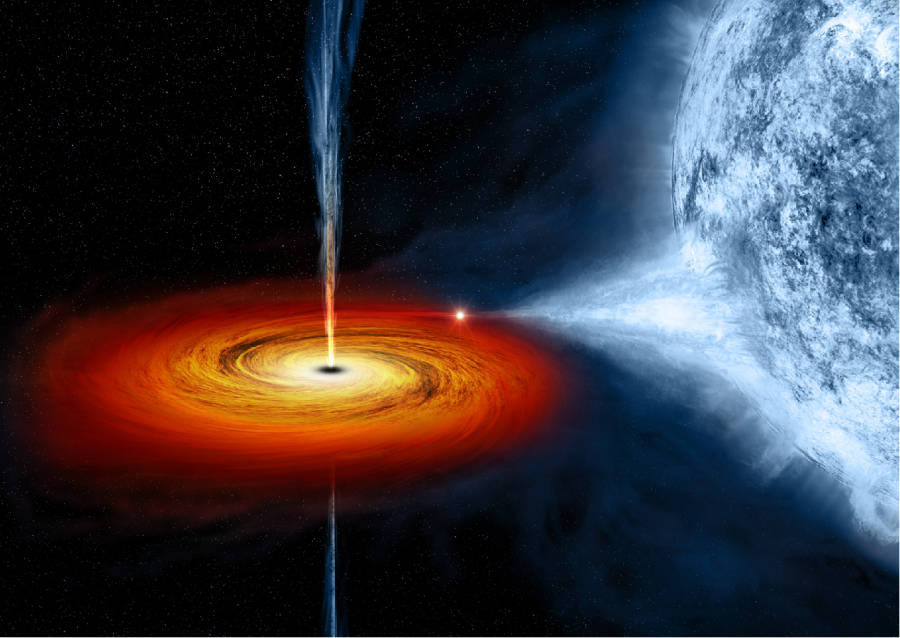 At the center of most galaxies lies a massive black hole. Image Source: NASA

Only “seen” when swallowing up an unfortunate gas cloud or wayward star, black holes remain an enigma. With one of these bodies at the center of most galaxies—including our own—many scientists spend their whole careers trying to understand what happens to objects that become entrapped in their startling gravitational pull.

Once in its grasp, an object can only escape if it manages to travel faster than the speed of light, a feat considered nearly impossible. Without any actual experimentation possible, researchers can only speculate as to what would happen if an astronaut ever went inside a black hole. Here are some of the leading theories: 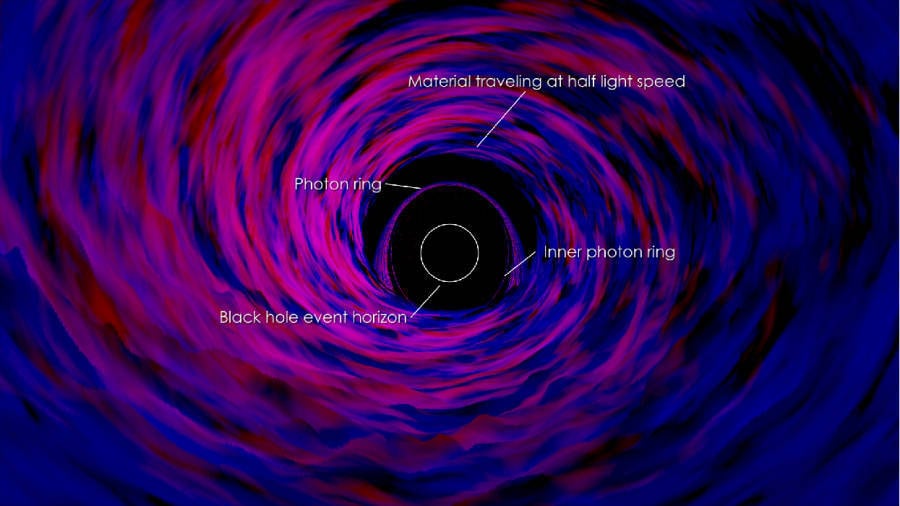 While one might assume that being sucked inside a black hole would prove to be an extraordinary experience, Einstein’s theory of general relativity may suggest the opposite. According to that theory, if an astronaut was pulled into a large enough black hole, they would simply drift past its event horizon (the edge of a black hole, from which nothing can escape, not even light) without any drama. This “no drama” zone would prevent our astronaut from ever realizing that they had fallen into a black hole—that is, up until they are eventually crushed within its ultra dense center (known as a singularity). 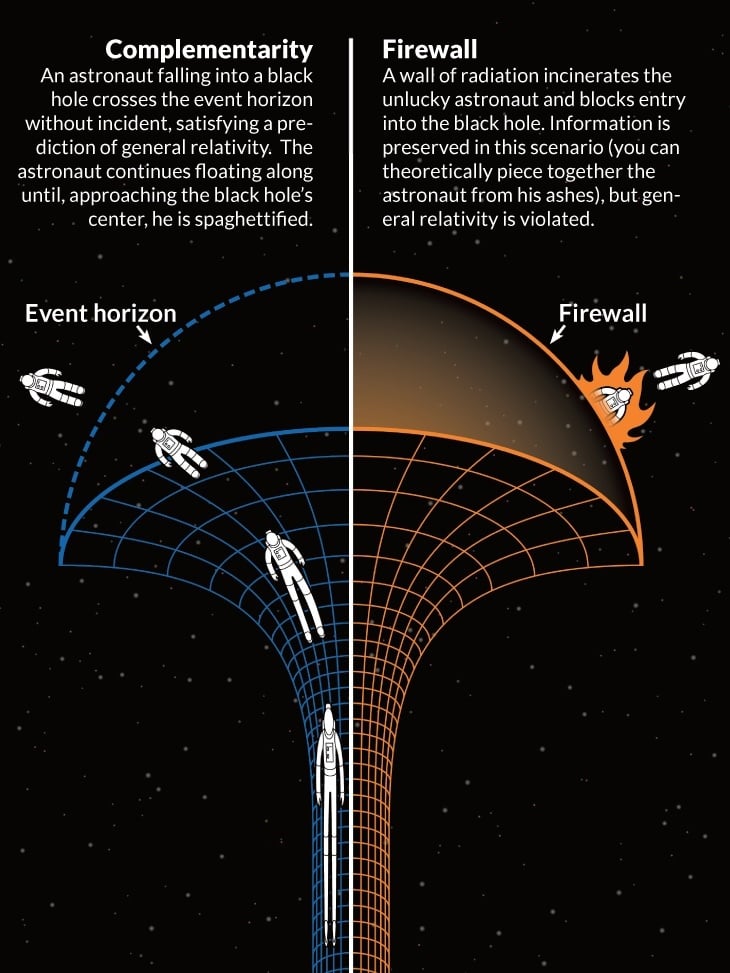 The “no drama” theory and firewall paradox are often debated by scientists, as they contradict one another. Image Source: Nature

On the other end of the spectrum, the “firewall paradox” holds the possibility of a much more grisly fate. In this case, as our unlucky astronaut crosses the black hole’s event horizon, they are met with a maelstrom of super heated particles that will incinerate them almost instantaneously. While the theory is completely plausible, it is often a controversial one, as it contradicts Einstein’s “no drama” theory. 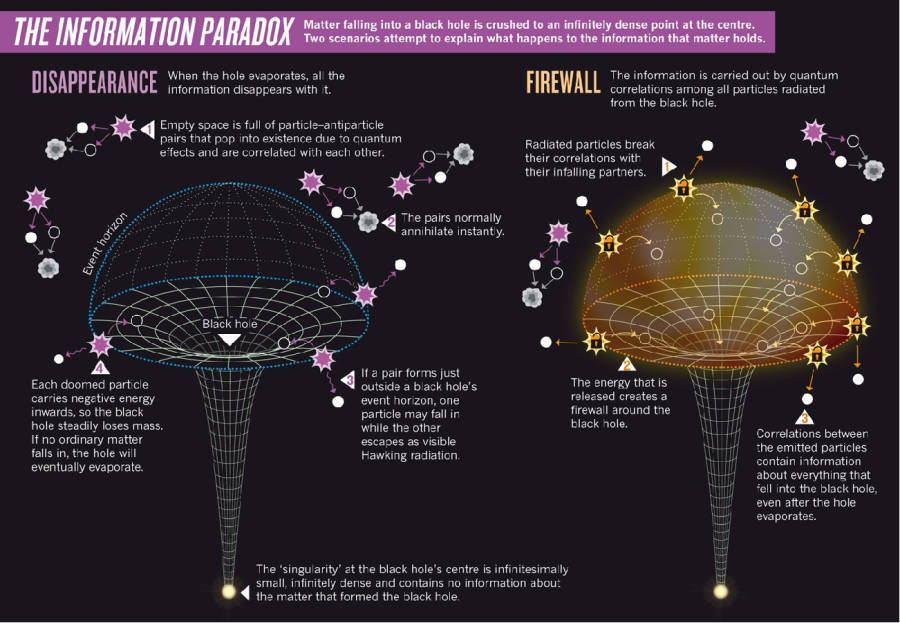 Spaghettification is the most likely phenomena to occur within a black hole. Image Source: Science News

The process of spaghettification is widely regarded by scientists and acknowledged in most black hole theories. As our space explorer falls feet first into a small black hole, the overwhelming gravitational pull increases on the lower end of their body. Much like the name suggests, this causes the body to be compressed, stretched, and pulled in an almost cartoon-like fashion.

The farther beyond the event horizon our traveler floats, the longer and skinnier they become. “As you fall closer and closer beyond this point, you are pulled into a long, thin chain of atoms that no longer resemble the original being,” notes Amber Boyer, a professor of physics and astronomy at Kutztown University. “You’re essentially being stretched longer and thinner like a strand of pasta.” 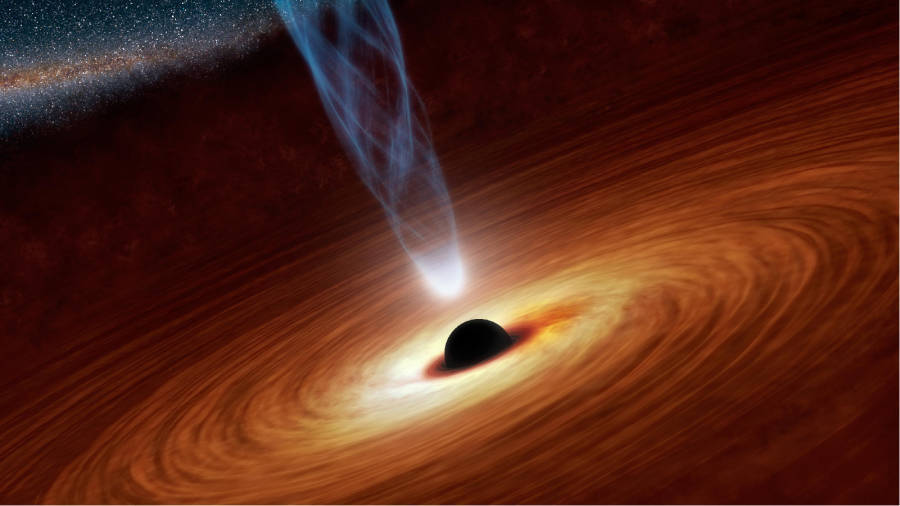 “The image of the person falling in will simply very, very slowly fade away, growing redder in color as it fades due to the extreme gravitational effects on light just outside the event horizon,” Dr. Boyer states. As the image of the astronaut gradually begins to fade, the observer will be unable to witness the astronaut as they drift over the event horizon. They will simply appear to vanish. 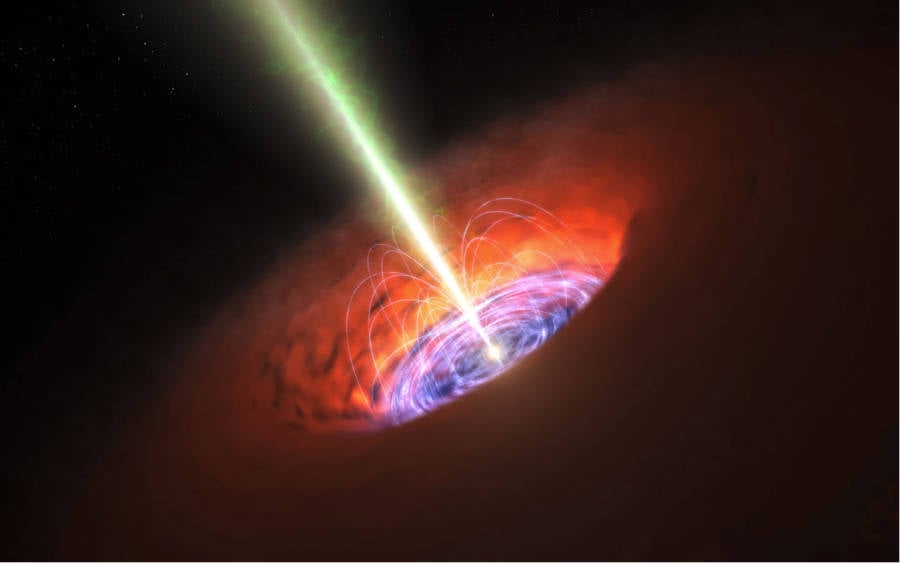 If the astronaut were to look out from inside a black hole, they would see the universe behind them moving rapidly. Due to dilation—a shift in one’s perspective of time due to extreme gravitational forces—it is speculated that the astronaut may even be able to see future events within the universe. What could be a few seconds inside a black hole could possibly equate to hundreds of years on Earth. 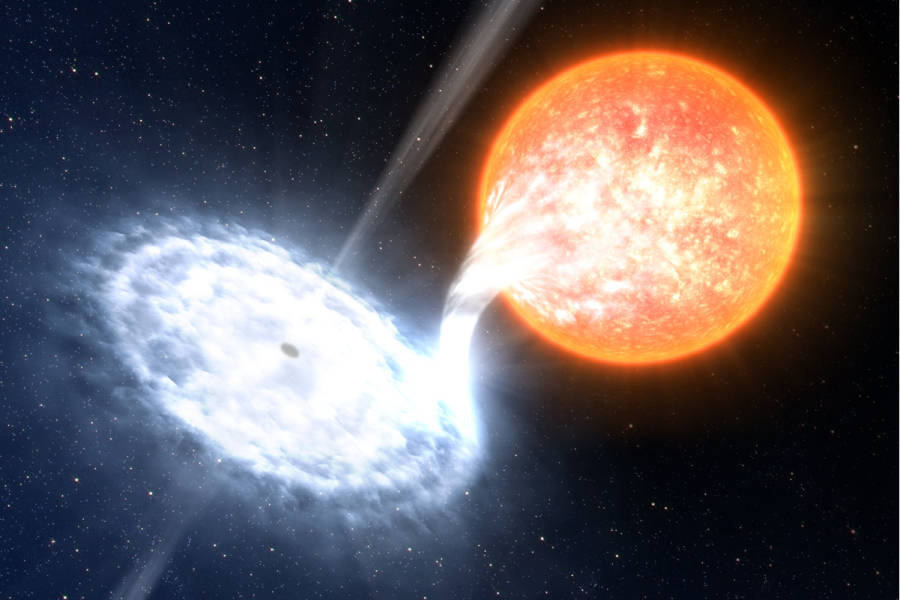 The plausibility of depositing an object inside a black hole and having it come out on the “other side” elsewhere in the universe is something frequently discussed among scientists. However, the likely answer to this question is that it’s not possible. Any kind of a connection inside a black hole could easily be disturbed, but in the unlikely event that a connection managed to hold long enough for our astronaut, for example, to pass through to the other side, they would not be the same as when they had entered.

“Even if some sort of connection between a black hole and an exit did persist, and it was possible for material entering the black hole to somehow pass through the singularity and come out the other side, it really would not be the same material, just a collection of stripped-down subatomic particles,” says Dr. Boyer. “All the other information describing the original object is somehow lost in its gravitational collapse. You would no longer be you, so to speak.” So while it’s possible for a person to go in one side and come out the other, they won’t be able to do it in one piece.

Using the current mathematics of general relativity, scientists have slowly begun to piece together the black hole puzzle. They stand at the ready, waiting for stars to be sucked inside black holes, and an opportunity to learn more about these mysterious celestial regions.