"It’s some kind of internal thing within them that makes them go out to that bus," one state trooper said. "I don’t know what it is. I don’t understand. What would possess a person to follow in the tracks of someone who died because he was unprepared?" 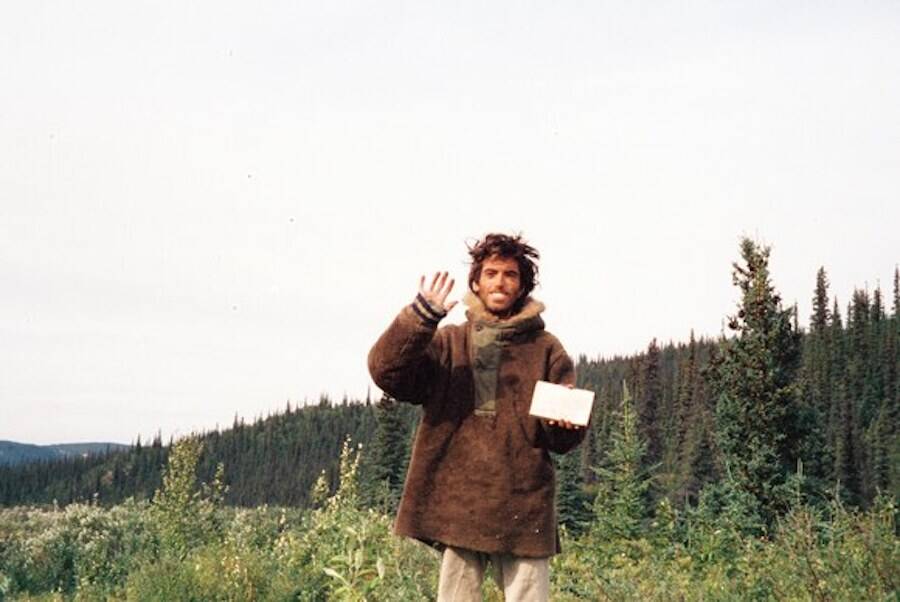 The New YorkerChris McCandless’ death in the Alaskan wilderness was made popular by the book and subsequent film Into the Wild.

In 1992, two moose hunters stumbled upon an abandoned bus in the middle of the Alaskan wilderness. Inside the rusty, overgrown vehicle, they found the body of 24-year-old Chris McCandless, a hitchhiker who had left everything behind to pursue an off-the-grid life in Alaska. Since then, many have been lost, injured, and even died attempting to retrace the young transient’s journey in hopes of reaching the infamous abandoned Fairbanks City Transit bus number 142 that still sits in the same spot today.

The Death Of Chris McCandless 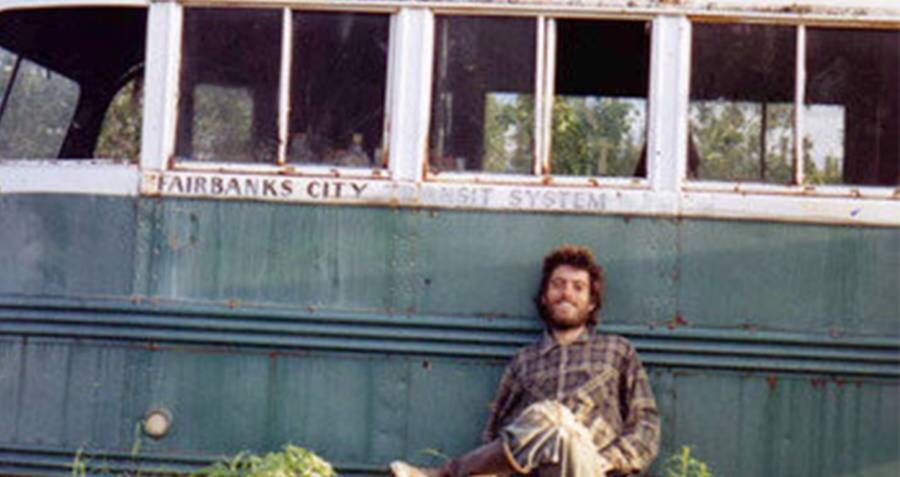 Wikimedia CommonsChris McCandless took many self-portraits, including this one in front of the abandoned bus — known popularly as the Into The Wild bus — that was his shelter.

In April 1992, growing increasingly detached from his suburban life in Virginia, Chris McCandless finally decided to take the plunge. He donated his entire $24,000 savings to charity, packed a small bag of provisions, and embarked on what was supposed to be a two-year adventure across the United States.

McCandless successfully hitchhiked his way from Carthage, South Dakota to Fairbanks, Alaska. A local electrician named Jim Gallien agreed to drop him off at the head of Stampede Trail on April 28 so that he could begin the trek through Denali National Park.

But by Gallien’s own account, he had “deep doubts” that McCandless would be successful in his mission to live off the land. During their encounter, he noted that McCandless seemed ill-prepared for the treacherous journey into the Alaskan wild, having only packed meager rations in a light backpack along with a pair of Wellington boots that Gallien had given him.

What’s more, the young man appeared to have little experience navigating the outdoors.

Regardless, McCandless made his way to the trail. However, instead of following his route, he decided to set up camp inside of a robin-blue abandoned bus abandoned in the middle of the woods. McCandless began living off the land as he envisioned and chronicling his days in a journal he kept inside the bus.

According to his journal notes, McCandless survived off of a nine-pound bag of rice he had brought along with him. For protein, he made use of his gun and hunted small game like ptarmigan, squirrels, and geese while foraging for edible plants and wild berries.

After three months of hunting animals, picking plants, and living inside a decrepit bus with no human contact, McCandless had had enough. He packed up and began the trek back to civilization.

Unfortunately, the summer months had melted away a significant amount of snow, causing the Teklanika river that separated him from the path back out of the park to become perilously high. It was impossible for him to cross.

So, he went back to the bus. As his body began to deteriorate from malnourishment, McCandless would ultimately spend 132 days alone without help in the wilderness. On September 6, 1992, a pair of hunters stumbled upon his rotting corpse along with his journal and what was left of his meager belongings inside the abandoned bus.

Although an investigation into his death was launched after, the true cause of death for the adventurer trapped remains largely debated. 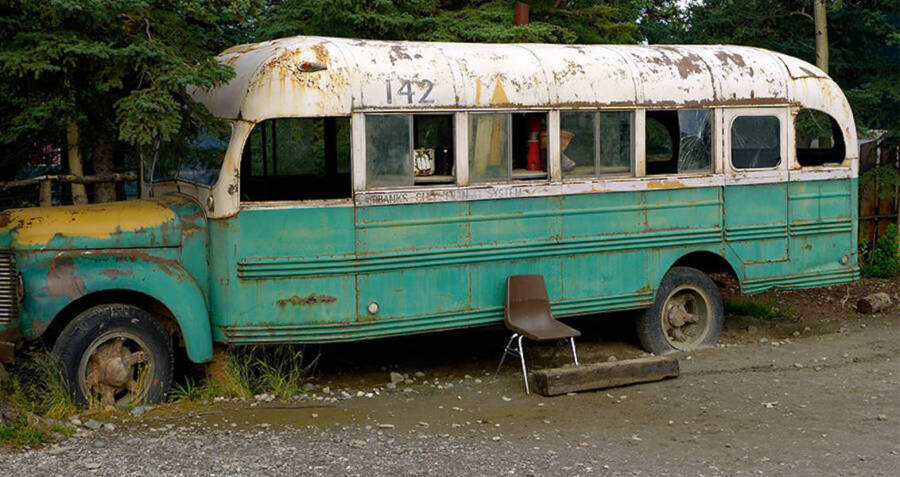 Wikimedia CommonsA replica of the bus used in the Into the Wild film.

After McCandless’ tragic death was discovered, journalist John Krakauer covered the story of the stranded 24-year-old in the midst of the Alaskan woods. He would eventually publish the entirety of his findings in his 1996 book titled Into the Wild.

Over the years, the book garnered cult status, rivaling the likes of other influential literature that have explored the trappings of modern society like Catcher in the Rye and On the Road.

However, experts in the McCandless case have most likened Krakauer’s book to Henry David Thoreau’s Walden, which followed the philosopher’s own self-experiment of solitary life between 1845 and 1847 while living in a one-room cabin in Massachusetts. Unsurprisingly, Thoreau was McCandless’ favorite writer, which means that McCandless could have very well gotten the inspiration for his adventure from the philosopher.

Later, the story gained even more notoriety after the book was adapted into a film by actor-director Sean Penn in 2007, injecting McCandless’ story into the mainstream consciousness.

The Into the Wild bus where McCandless wasted away — and is prominently featured in the film and McCandless’ last photographs — has been adopted as a symbol of his life-altering adventure.

Now, each year, hundreds of “pilgrims” head to the same Stampede Trail once walked by McCandless in hopes of reaching the bus still standing in the woods about 10 miles north of the Denali National Park entrance.

“There’s a pretty steady trickle all summer,” lodge owner Jon Nierenberg, who owns the EarthSong establishment right off the Stampede trail, told the Guardian. “There are different types, but for the most passionate – the ones we locals call pilgrims – it is a quasi-religious thing. They idealize McCandless. Some of the stuff they write in the journals [at the bus] is hair-raising.”

But what pulls these people to the backcountry of Alaska? According to journalist and wilderness enthusiast Diana Saverin, who wrote about the McCandless pilgrim phenomenon, these Into the Wild hikers are likely motivated by a self-projection of their own unfulfilled lives.

“The people I encountered would always talk about freedom,” Saverin said. “I would ask, what does that mean? I had a sense that it represented a catch-all. It represented an idea of what people might want to do or be. I met one man, a consultant, who had just had a baby and who wanted to change his life to be a carpenter – but couldn’t, so took a week to visit the bus. People see McCandless as someone who just went and ‘did it’.”

But the trek to the Chris McCandless bus is actually costing lives. Since the very real challenges that McCandless himself faced during his ordeal have remained unchanged, many of these pilgrims either get hurt, lost, or even get killed in their attempt to reenact his hike. Local residents, passing hikers, and troopers often end up having to help save these people.

In 2010, the first death of a hiker heading to the McCandless bus was recorded. A 24-year-old Swiss woman named Claire Ackermann drowned while attempting to cross the Teklanika River — the same river that had prevented McCandless’ return home.

Ackermann had been hiking with a partner from France, who told authorities that the bus, which just happened to be located across the river, was not their intended destination.

Even after the story of her death spread, the pilgrims still came though most had come out luckier than she had. In 2013, there were two major rescues performed in the area. In May, three German hikers had to be rescued. Then a month later, three more hikers were rescued by a passing military helicopter.

The Into The Wild Bus Death Toll Continues 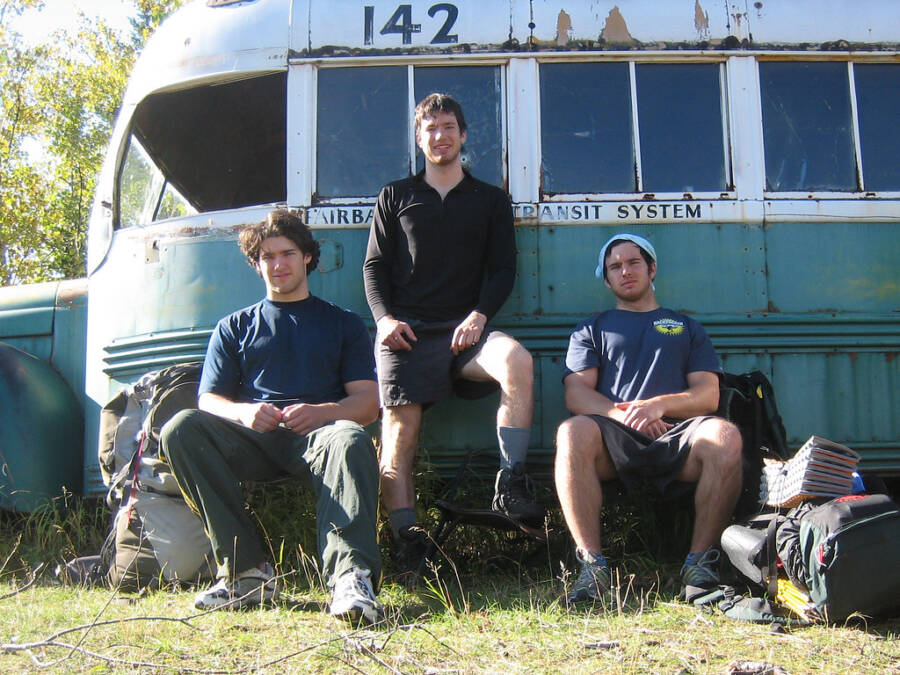 The most recent death was recorded in July 2019, when 24-year-old Veramika Maikamava was also swept under the mighty river currents after she and her husband tried to cross the Teklanika river in their trek to the bus.

Alaska state troopers told Saverin that 75 percent of all rescues they perform in the area occur on the Stampede Trail.

“Obviously, there’s something that draws these people out here,” one of the troopers, who wished to remain anonymous, said. “It’s some kind of internal thing within them that makes them go out to that bus. I don’t know what it is. I don’t understand. What would possess a person to follow in the tracks of someone who died because he was unprepared?”

The steady stream of trekkers hoping to attempt the same journey that got a young man killed has sparked much criticism over the perceived romanticism of McCandless attempt to live in the wild without adequate preparations.

In The Beatification of Chris McCandless, Alaska-Dispatch writer Craig Medred blames the continued injuries and deaths on the Stampede Trail on the public’s worship of the McCandless myth.

“Thanks to the magic of words, the poacher Chris McCandless was transformed in his afterlife into some sort of poor, admirable romantic soul lost in the wilds of Alaska, and now appears on the verge of becoming some sort of beloved vampire,” Medred wrote. He also ridiculed the empty soul-searching attempts by the McCandless disciples.

“More than 20 years later, it is richly ironic to think of some self-involved urban Americans, people more detached from nature than any society of humans in history, worshipping the noble, suicidal narcissist, the bum, thief and poacher Chris McCandless.”

The continued deaths has ignited repeat debates about whether something should be done to the bus itself. On one side, some believe that it should be permanently moved to an inaccessible site, while the others advocate for building a footbridge across the river where many have almost faced death.

Whatever the consensus may be, there is no denying that the Into the Wild bus has tempted more than enough lost souls in need of rescue.

After learning about the Into The Wild bus, read the story of Meera, the stray dog that joined a group of hikers on their grueling climb up the Himalayan mountains. Then, take a look at seven of the world’s weirdest natural places.