Newton was still a student when an outbreak hit London in 1665 — and he became obsessed with the disease. 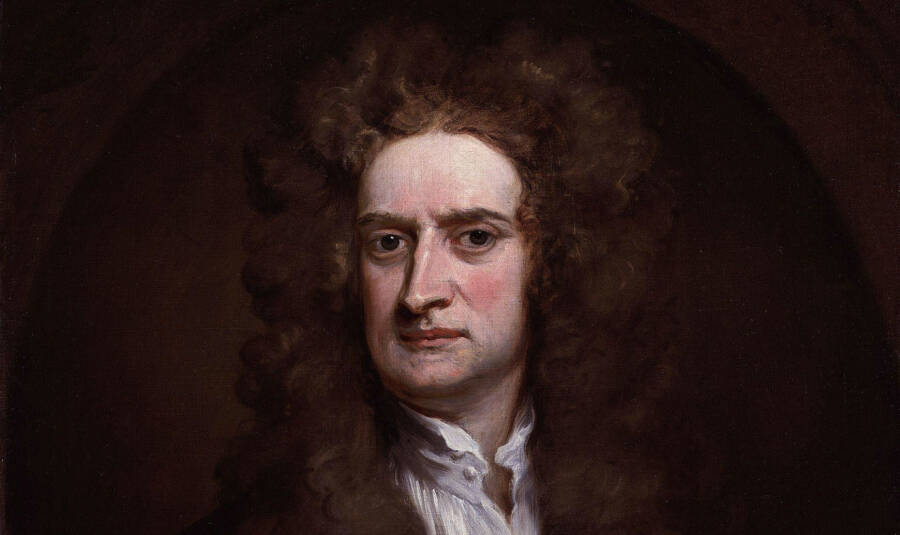 Wikimedia CommonsThe recipe included a toad that had been dead for three days and then turned into powder.

English mathematician and physicist Isaac Newton is most famous for discovering the theory of gravity. But a couple of documents show that the 17th-century genius also believed that powdered toad and toad vomit could treat those infected with the bubonic plague.

Newton’s bizarre cure was scrawled across two pages of unpublished notes he had taken on Jan Baptist van Helmont’s 1667 book about the plague, De Peste. The historic documents are set to be auctioned off online later this week by Bonhams Fine Art Auctioneers and Valuers.

The notes detail how Newton believed that “places infected with the plague are to be avoided.” This observation itself was rather rational, but his cure for infection was less so. 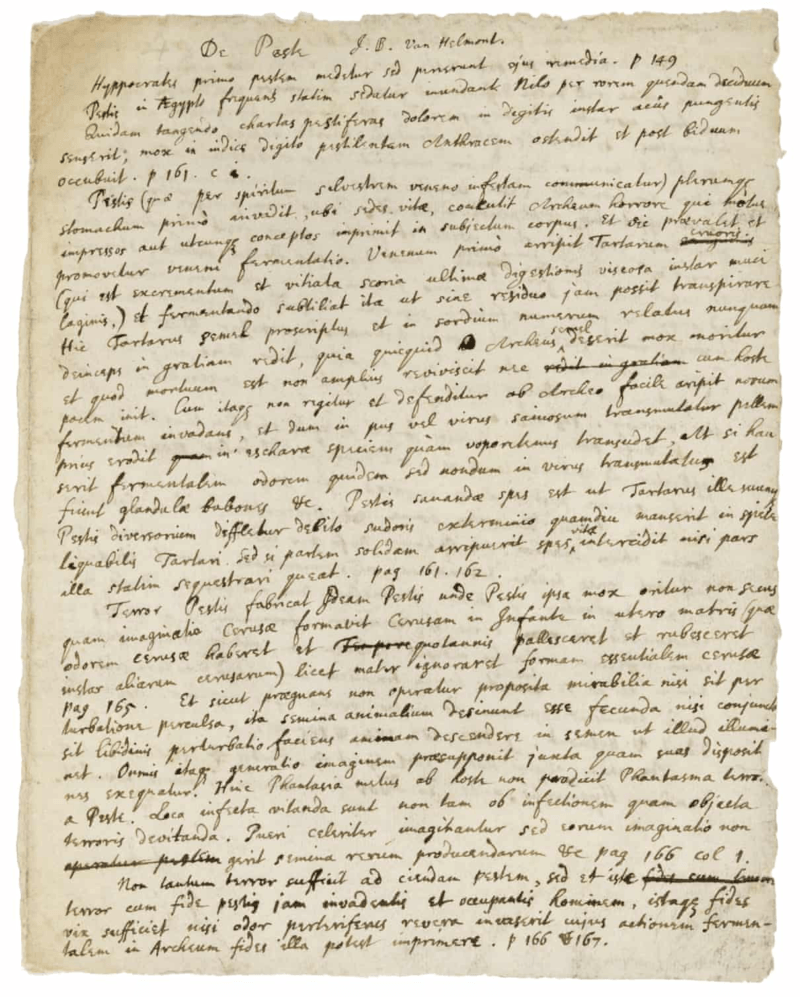 Bonhams Fine Art Auctioneers and ValuersNewton claimed in his notes that his treatment “drove away the contagion and drew out the poison.”

Newton claimed that “the best” way to cure the plague was to suspend a toad “by the legs in a chimney for three days,” collect its vomit “with various insects in it, on to a dish of yellow wax,” and to then combine “powdered toad with [its] excretions” in order to make lozenges that would be “worn about the affected area” and “banish the contagion.”

As unsubstantiated as Newton’s suggestion was, supposed remedies like his abound in the time of pandemics. For instance, many were fooled into believing the deadly rumor that high-proof alcohol could cure coronavirus in Iran this past year.

Nevertheless, the discovery is one of historic proportions. According to the auction house’s book specialist, Darren Sutherland, “Newton’s running notes represent the only significant writings on the subject by the world’s greatest scientific mind that we have been able to trace.” 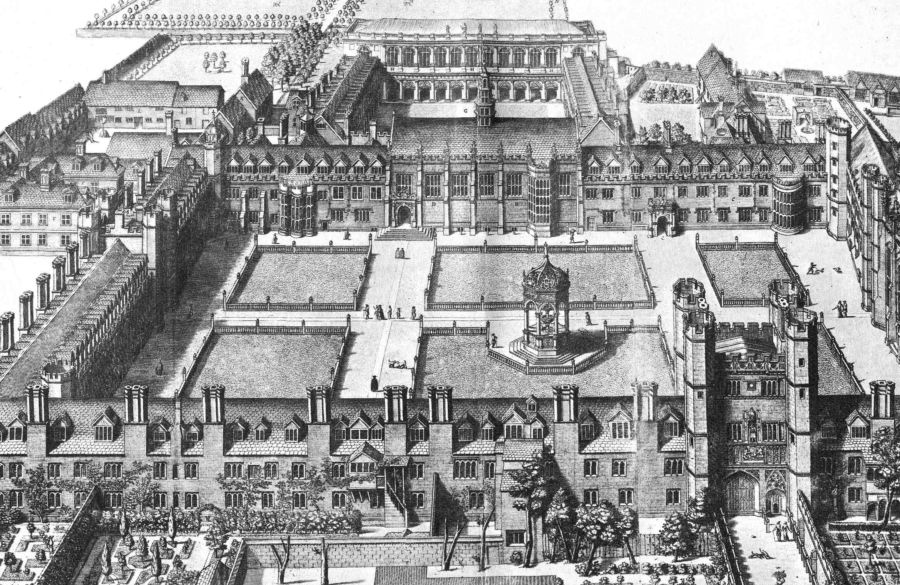 Wikimedia CommonsTrinity College, Cambridge, as illustrated by David Loggan in 1690.

Newton had been a student at Trinity College in Cambridge when it closed its doors as a precaution against the bubonic plague. The disease killed an estimated 100,000 people in London in 1665 and 1666 alone. When Newton returned to Cambridge as a student in 1667, he became obsessed with the disease and Van Helmont’s study of it.

Meanwhile, Bonhams is aware of the timeliness of this sale and said that the notes are of “profound importance to the Newton body of work, as well as deeply meaningful within the present context.”

The notes were originally left to Newton’s niece, Catherine Conduitt, after his death in 1727. His vast archive remained in the family for 145 years. His descendent, Isaac Newton Wallop — who also happened to be the Fifth Earl of Portsmouth — donated the physicist’s work to Trinity College in 1872. 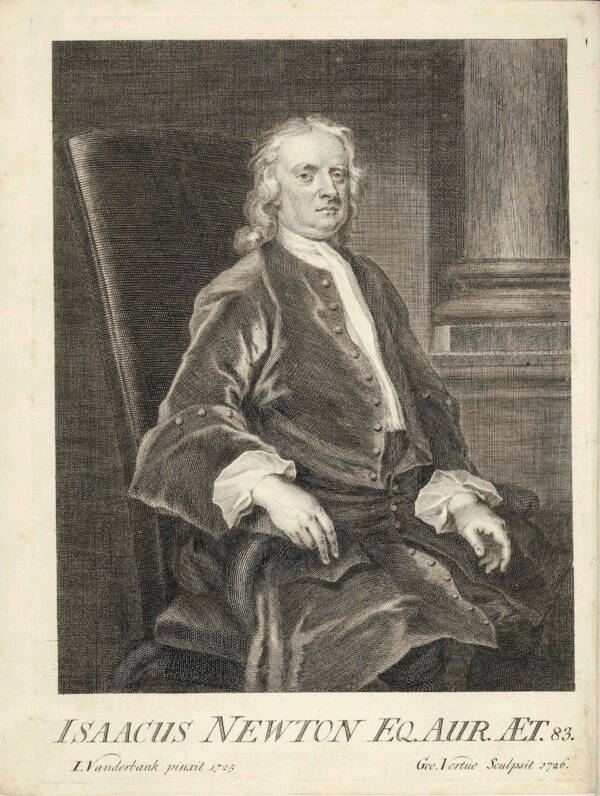 Bonhams Fine Art Auctioneers and ValuersThe pages being auctioned off have never been included in any of Isaac Newton’s collected works.

Interested only in his math and science-based papers, the university sold Newton’s controversial work on alchemy, theology, and philosophy, which included his analysis of Van Helmont’s work, to private collectors in 1936.

“There was never much interest in his ‘other’ writings until recently,” continued Sutherland. “So it really is a case of cometh the hour, cometh the man — with his remedies to ward off a virus that’s causing a pandemic.”

As it stands, the notes are set to be auctioned off for an estimated $80,000 to $120,000 as part of the Essential Genius: Ten Important Manuscripts series, which will be held exclusively online.

The auction will run until June 10 and will also include a signed and autographed draft of the last lines of “A Thought of Columbus” — the final poem written by Walt Whitman.

Next up, read about the terrifying but necessary job of a medieval plague doctor. Then, learn the disturbing history of the lesser-known Antonine plague that ravaged ancient Greece.