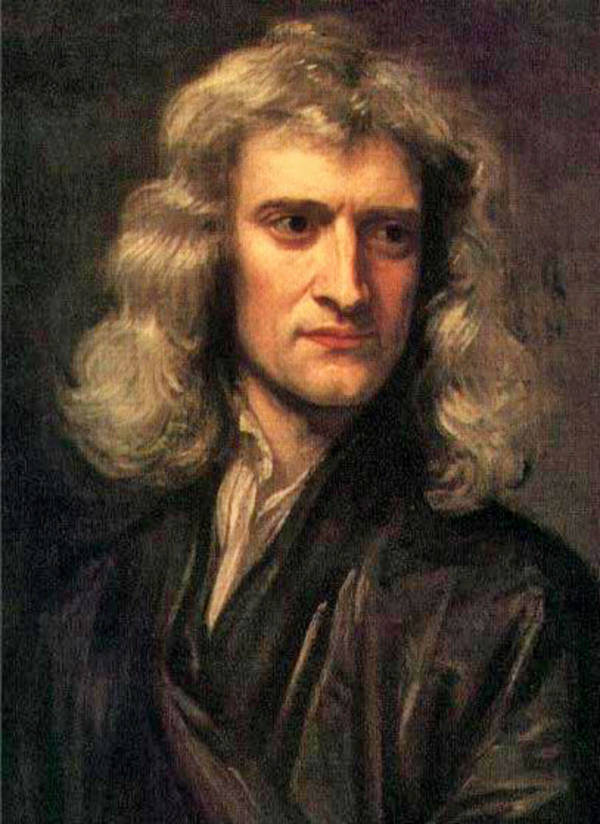 He was born on Christmas Day, 1642. However, this was according to the Julian Calendar in use at the time. According to the modern Gregorian Calendar (which didn't take effect in the British Empire until 1752), he would have been born on January 4, 1643.Wikimedia Commons 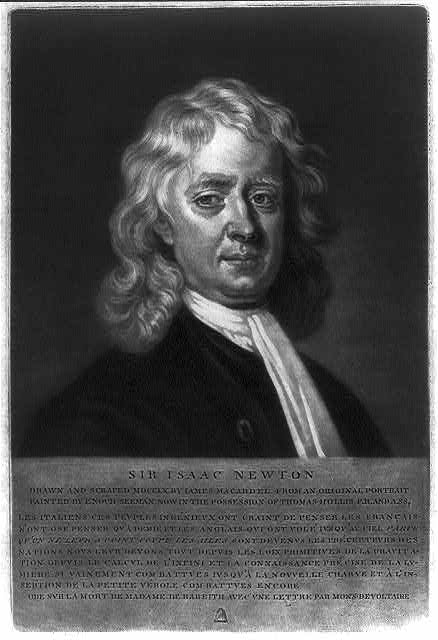 Newton was born premature, with his mother noting that her newborn could have fit into a quart mug.Library of Congress 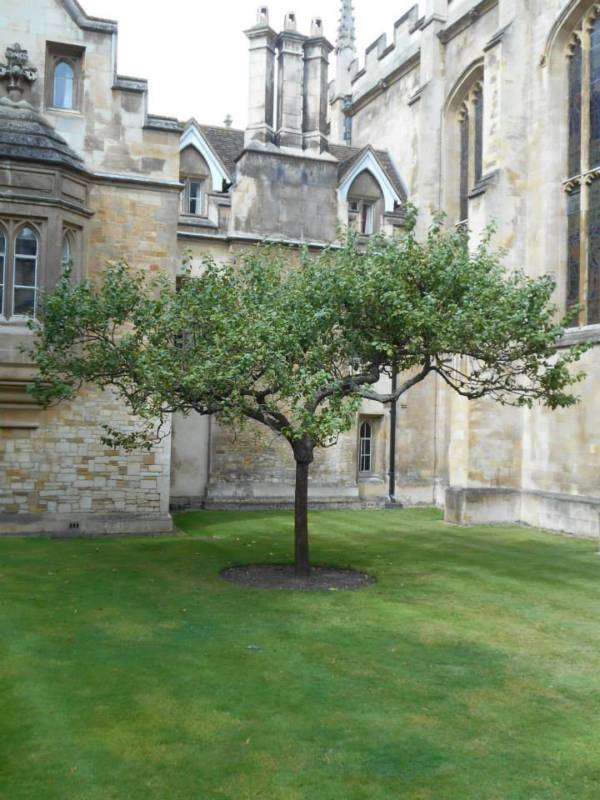 The “apple tree” story never happened. We all know the famous story of how Newton was resting under a tree when an apple fell on his head, creating a famous “eureka” moment and leading to his laws of gravitation. However, that is all apocryphal. By Newton’s own admission, he merely saw an apple fall from a tree while walking through the garden, although some believe this story to be a myth as well.

Pictured: One of the reputed descendants of Newton's famous tree at Trinity College, Cambridge.Wikimedia Commons 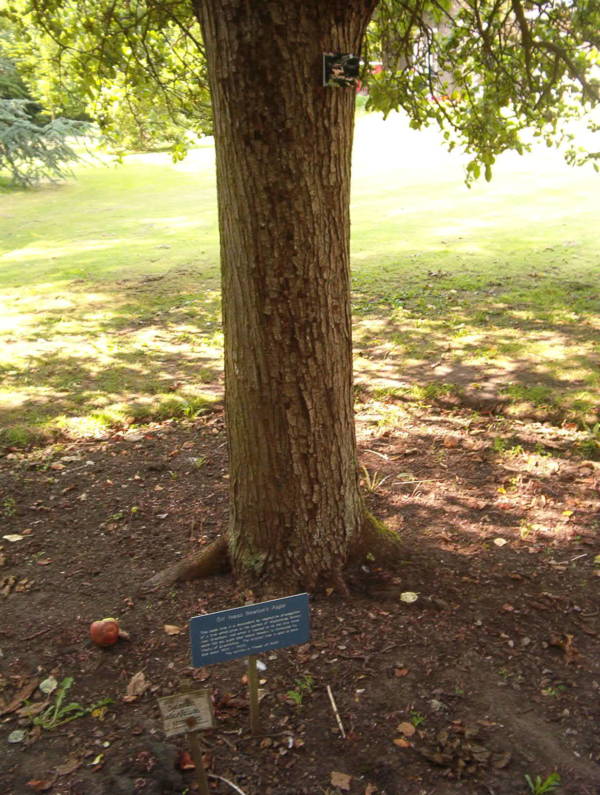 Pictured: Another reputed descendant of Newton's tree at Cambridge.Wikimedia Commons 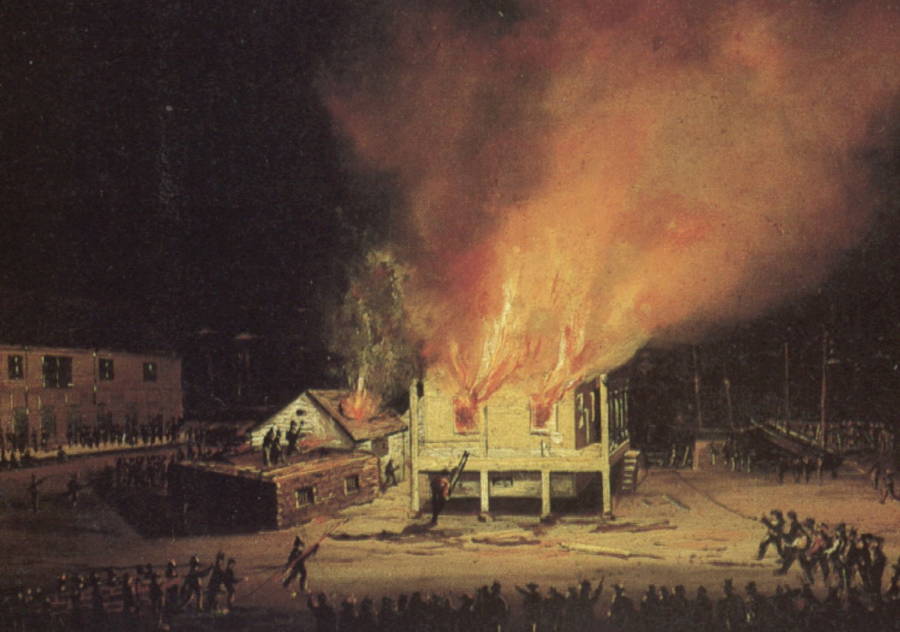 He hated his stepfather and grew to resent his mother for marrying him. Newton even once confessed to "Threatning my father and mother Smith to burne them and the house over them."Wikimedia Commons 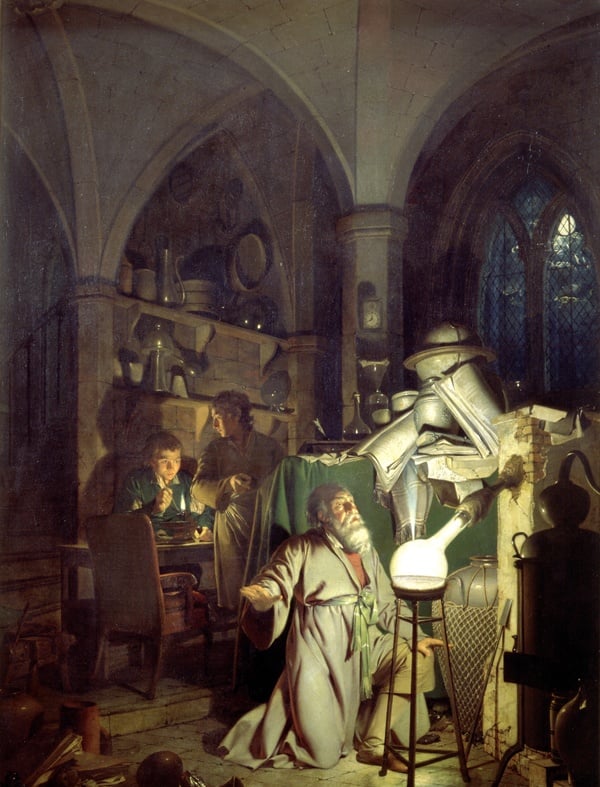 Perhaps the most surprising fact about Newton is that he was a firm believer in alchemy. One of his greatest ambitions was to find the philosopher’s stone: the secret to turning common metals into gold.

Pictured: The Alchemist in Search of the Philosophers Stone by Joseph Derby, 1771.Wikimedia Commons 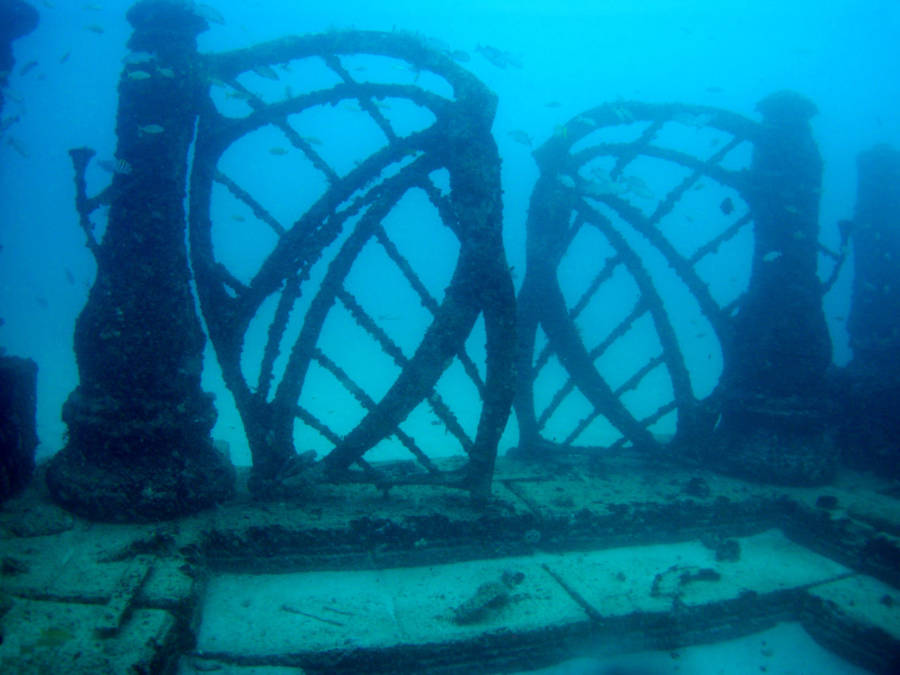 Beyond alchemy, Newton dabbled in a number of fringe and occult studies and practices, which resulted in his beliefs that the world could end as early as 2060, that humans could perhaps literally speak with angels, and that the lost city of Atlantis may in fact be real.Wikimedia Commons 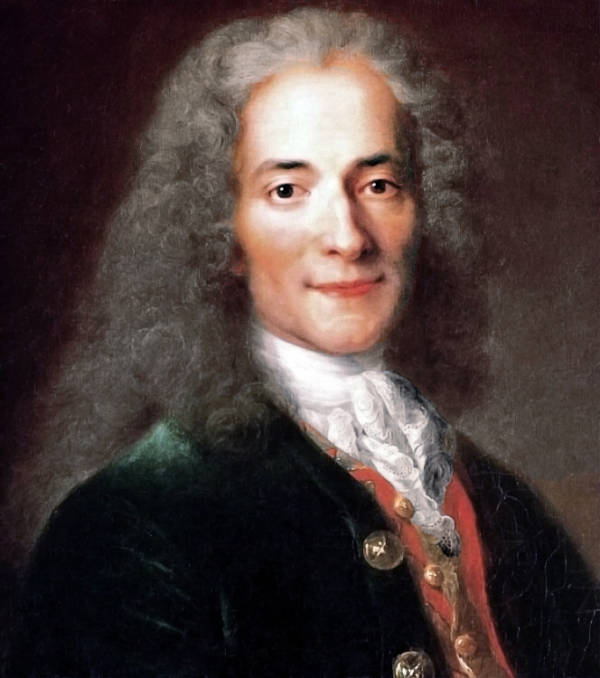 Newton never married and scarcely sought the romantic company of women. The famous French philosopher Voltaire (pictured) once wrote of Newton that he "was never sensible to any passion, was not subject to the common frailties of mankind, nor had any commerce with women—a circumstance which was assured me by the physician and surgeon who attended him in his last moments."Wikimedia Commons 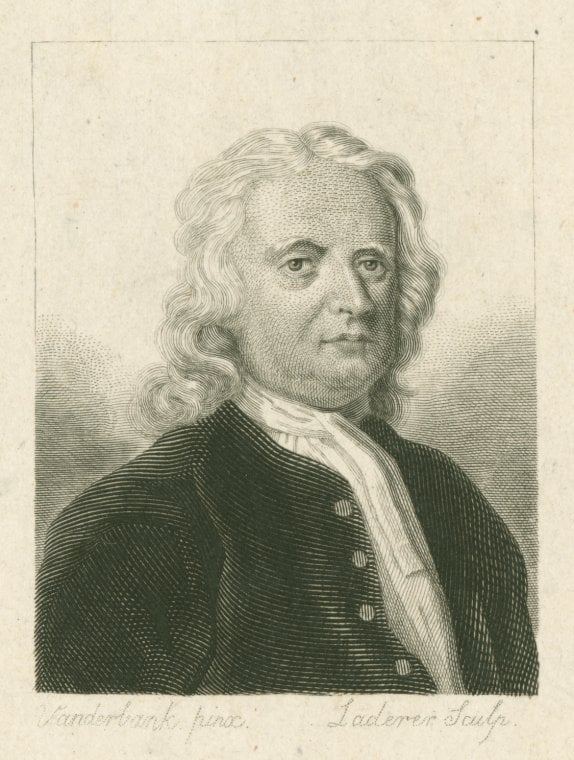 In fact, many scholars to this day believe that Newton died a virgin.New York Public Library 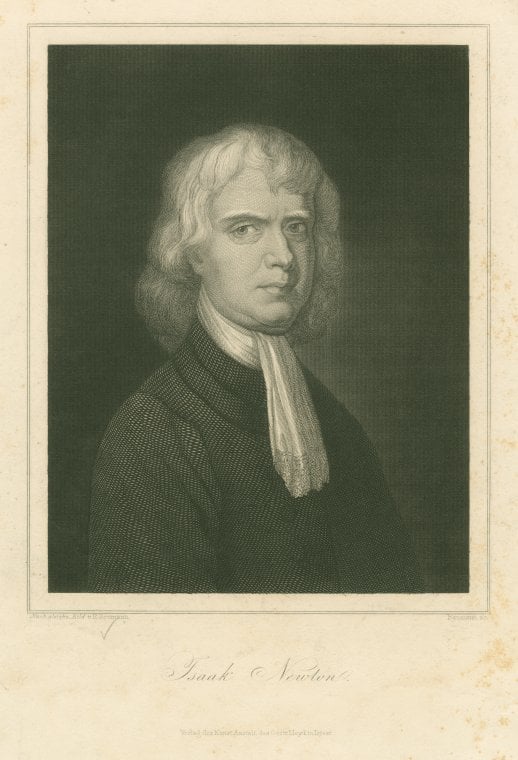 Among the surviving Newton documents is a list that he wrote as a 19-year-old enumerating 48 sins he wished to confess. These sins include "punching my sister" and "robbing my mothers box of plums and sugar."New York Public Library 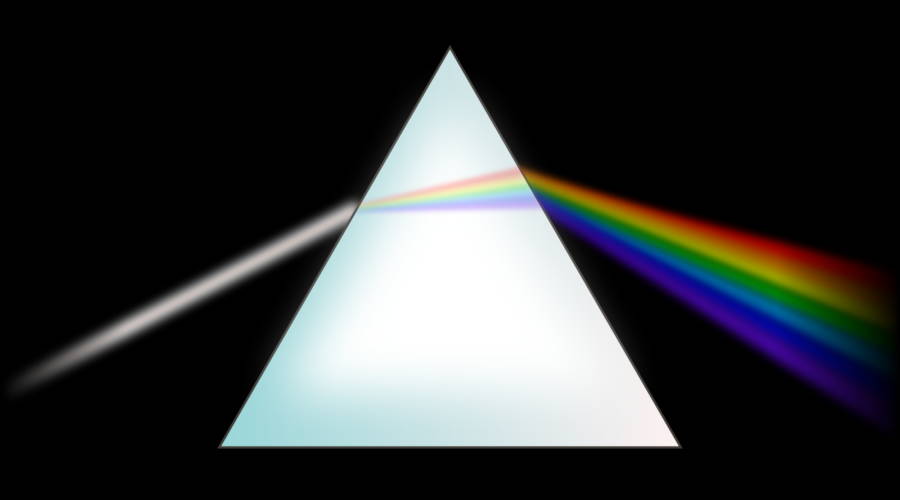 In 1665, Newton first demonstrated the dispersive prism phenomenon, in which a beam of light becomes separated into its component colors when filtered through a glass prism.Wikimedia Commons 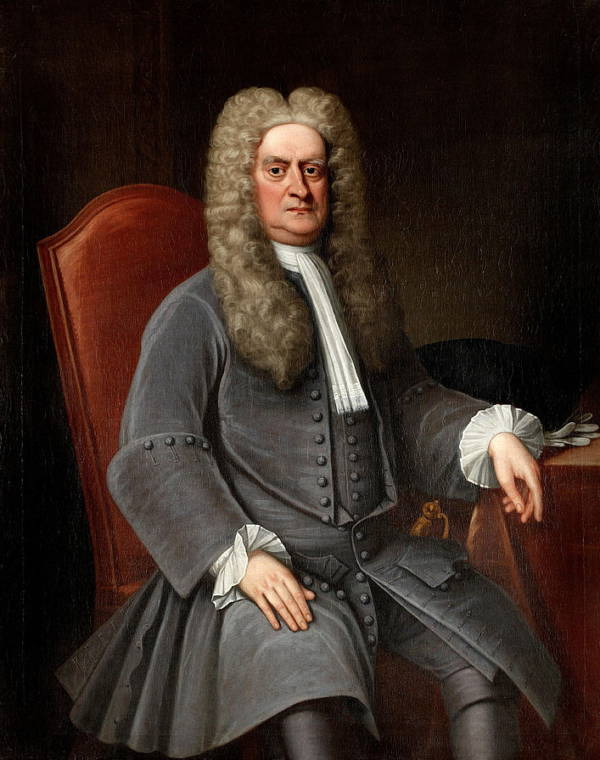 Newton has history's most valuable tooth. One of his teeth was sold in 1816 at auction for approximately $3,600. In today’s terms, that’s about $35,000, prompting Guinness World Records to declare it the most valuable tooth in the world.Wikimedia Commons 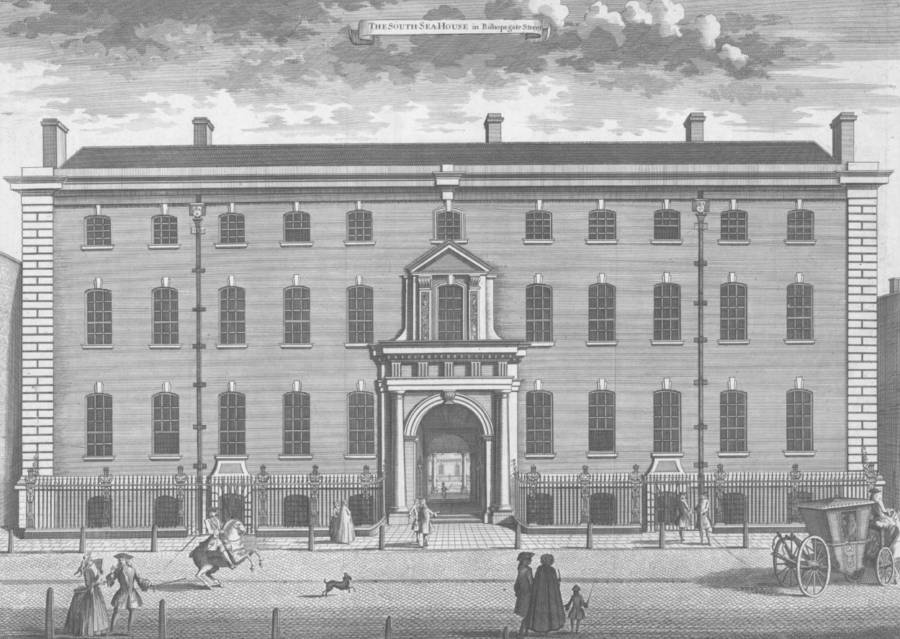 He was a major investor in the South Sea Company (headquarters pictured), whose principal business was in the slave trade. When the company collapsed, he lost, according to his niece, about 20,000 pounds, which would be worth about $3 million today.Wikimedia Commons 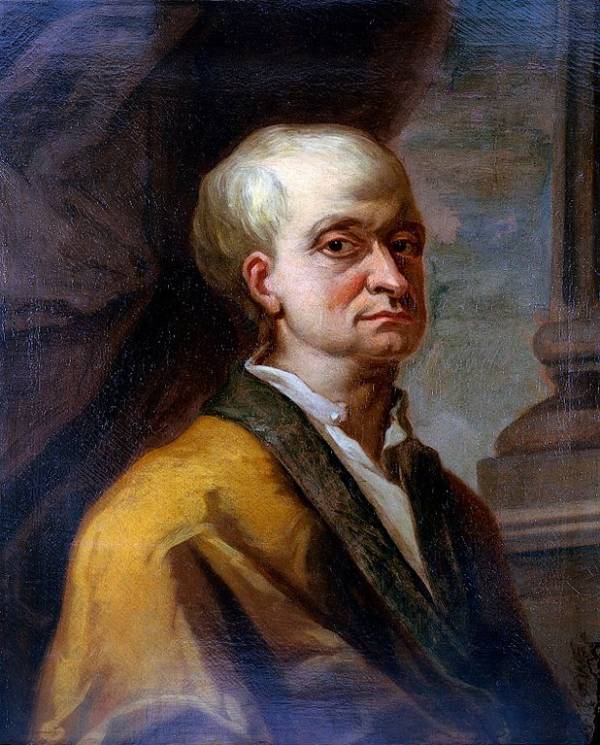 He was notoriously fiery in debates over his work, even suffering a nervous breakdown and secluding himself from public life following one such debate in 1678.Wikimedia Commons 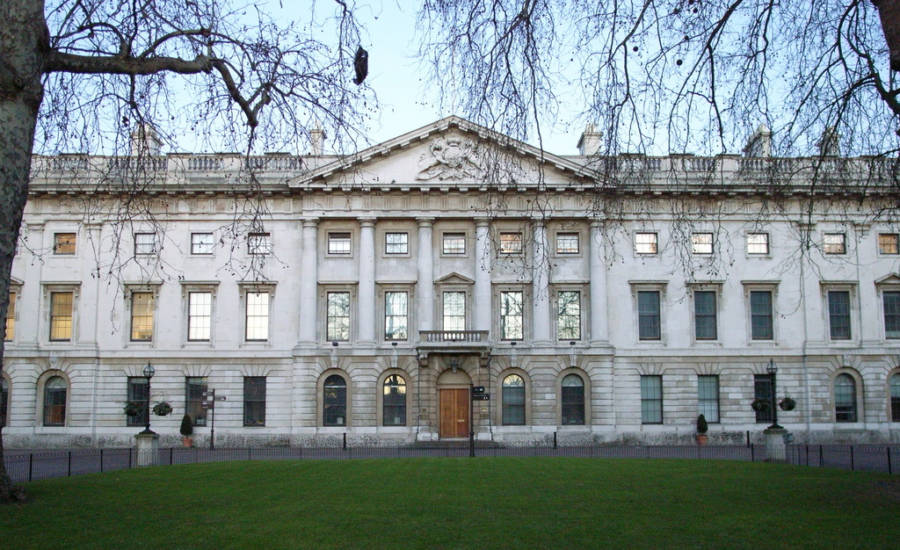 He was Master of the Royal Mint (pictured, in its current location). Newton took this job very seriously and personally pursued counterfeiters. Back then counterfeiting was considered high treason and punishable by death. Newton apprehended and successfully prosecuted many counterfeiters.Steve Cadman/Flickr 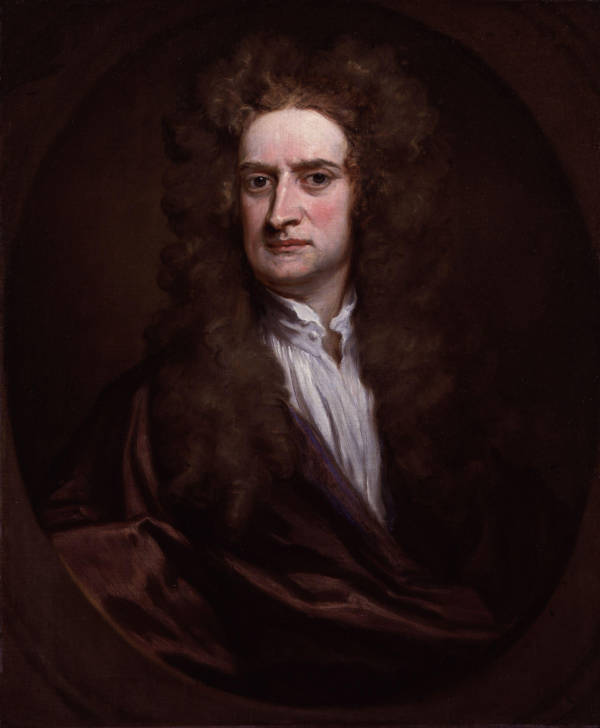 Newton even disguised himself as a common tavern patron in order to catch counterfeiters in the act.Wikimedia Commons 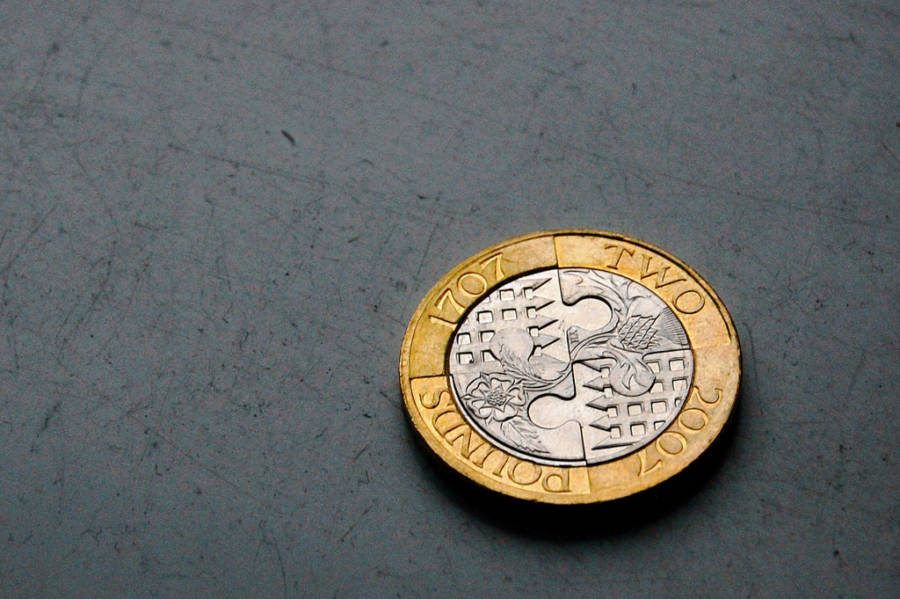 Also during his time with the Royal Mint, Newton moved the British pound from the silver standard to the gold standard, thus changing the course of world currency immeasurably.Cristiano Betta/Flickr 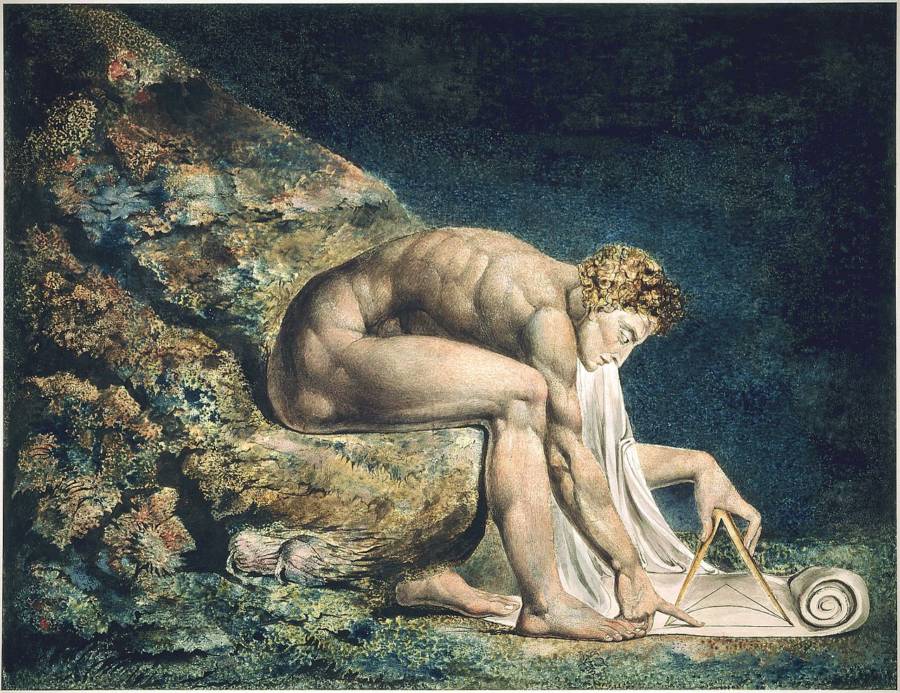 Although he was one of history's foremost men of science, Newton also had a deep yet complicated relationship with Christianity and published many writings on the Bible.

Newton as painted by William Blake in 1795.Wikimedia Commons 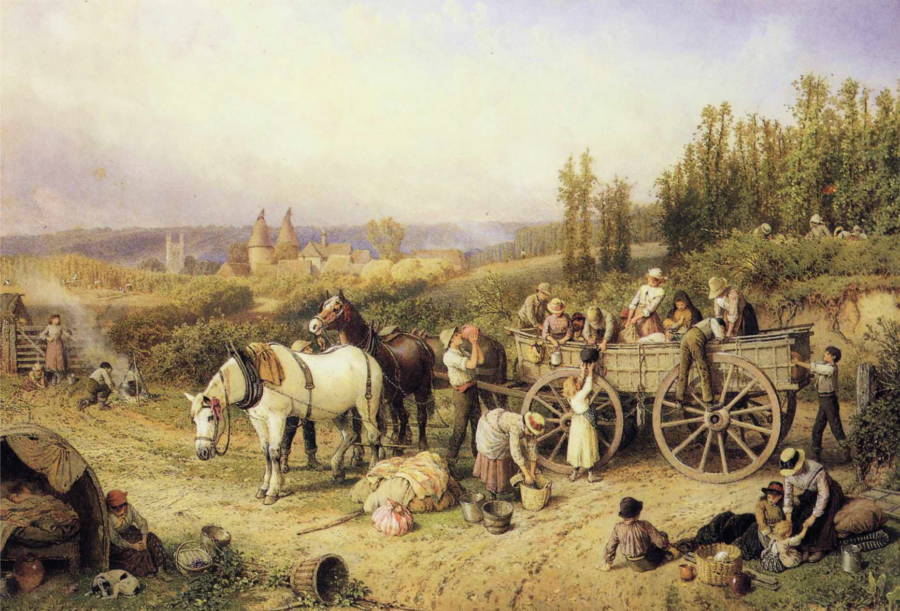 He could have been a farmer. Newton was born to a farming family so the initial plan was for him to take over the farm when he was old enough. Newton tried, but given his lack of interest in the field, was a very poor farmer. Eventually, his uncle managed to convince his mother to let him go to college.Wikimedia Commons 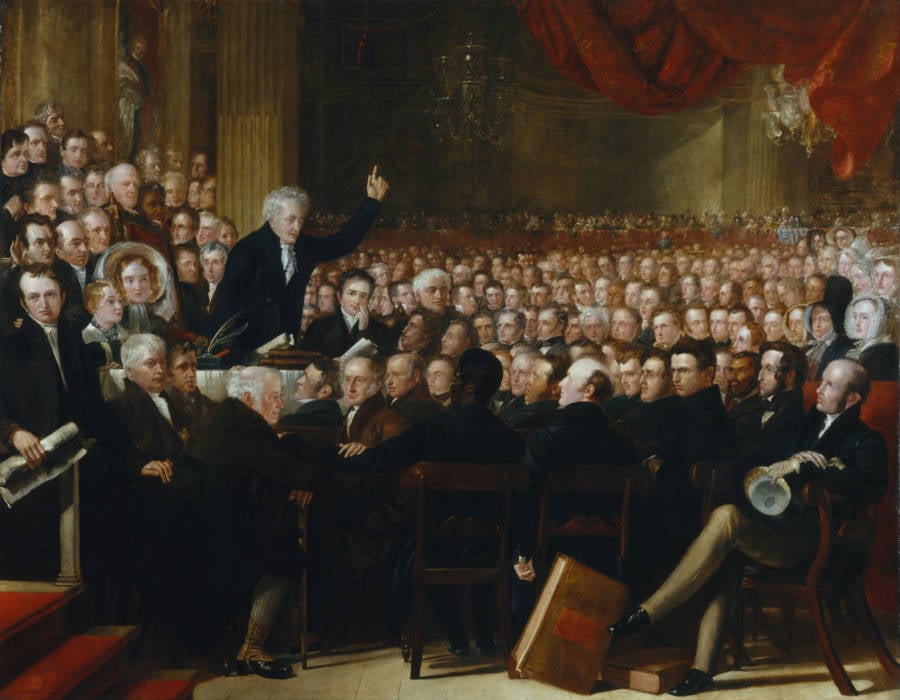 Newton was also a politician. He served as a member of Parliament representing Cambridge on two separate occasions. However, as was the case with farming, he had no interest in this. Several accounts mention the fact that Newton only said one thing while in Parliament, asking for a window to be closed.Wikimedia Commons 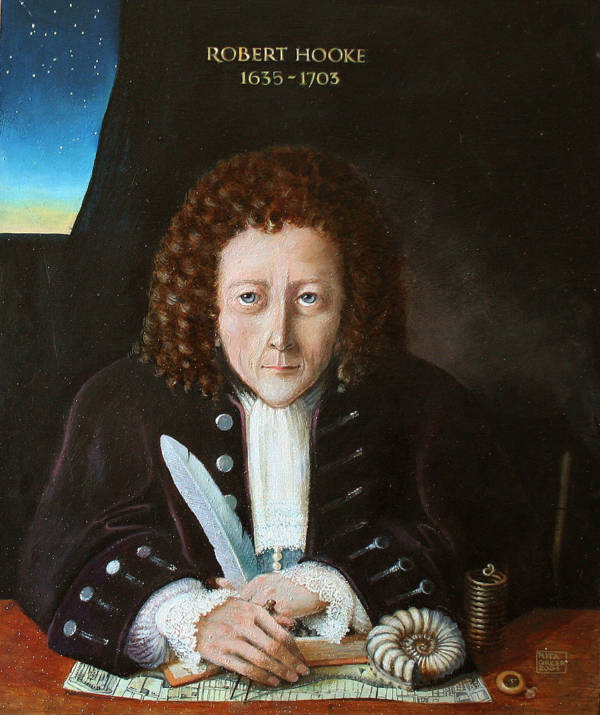 His arch rival, scientist Robert Hooke, claimed that he came up with the laws of gravitation and that Newton stole his work. Their rivalry lasted well after Hooke’s death, after which Newton became President of the Royal Society and used his position to obscure Hooke's work as much as possible. One story says that Newton even had all portraits of Hooke destroyed.Wikimedia Commons 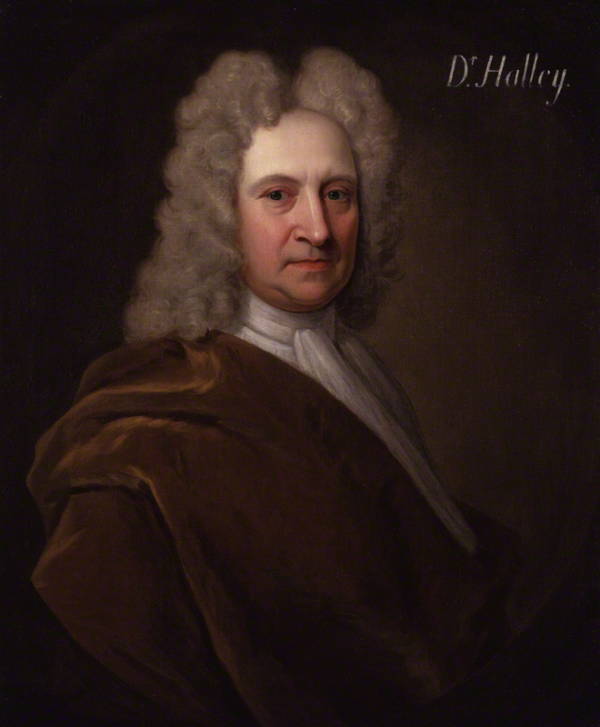 Despite his feud with Hooke, Newton was also friends with many other influential scientists of his time. Examples include Christopher Wren, one of the most successful architects of all time, and Edmond Halley (pictured, of Halley’s Comet fame) who paid for the publication of Newton’s Principia Mathematica.Wikimedia Commons 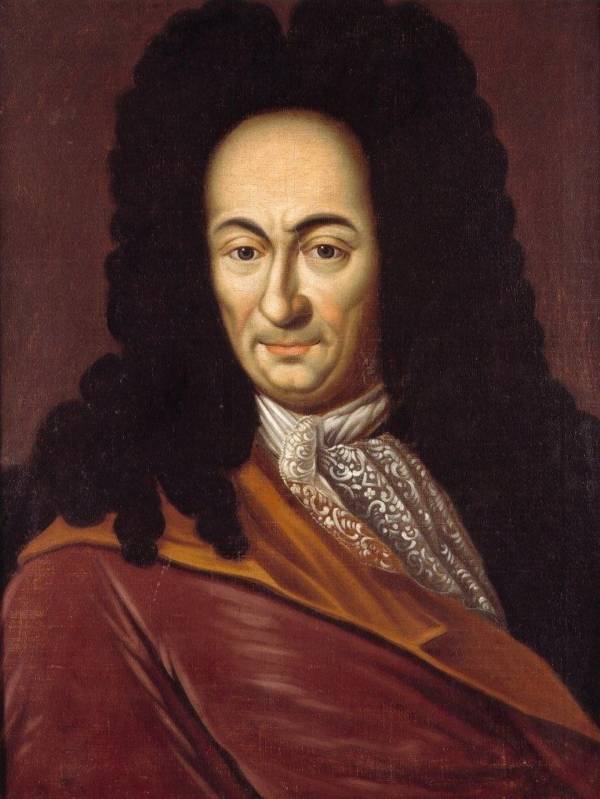 His claim to the invention of calculus was hotly contested in academic circles at the time, with many claiming that German mathematician Gottfried Leibniz (pictured) actually deserved the credit. Ultimately, an investigation by the Royal Society of London — and overseen by Newton himself — stated that Newton invented the field.Wikimedia Commons 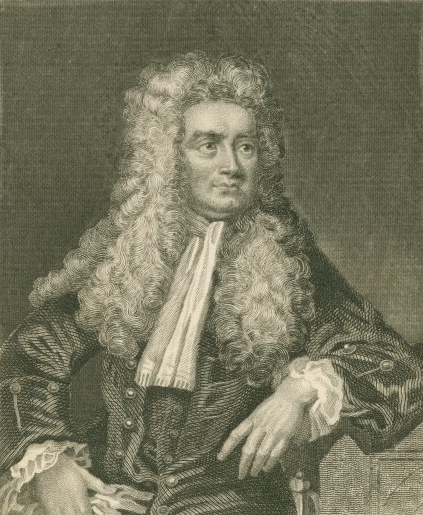 After his body was exhumed and his hair was found to contain mercury. Some suspect that this was the result of his experiments in alchemy and that mercury poisoning may account for the eccentric habits that he developed later in life.New York Public Library

Regarded as one of the most influential scientists of all time, Isaac Newton’s contributions to the field of physics are unparalleled. His book, the Principia Mathematica, is still one of the most important and relevant scientific works in history, even now 300 years after it was first published.

Even so, this world-changing scientist was more than just the work he produced; he was a man with many dimensions and eccentricities. The fascinating Isaac Newton facts above are ample proof of that.

Fascinated by these Isaac Newton facts? Next, have a look at some of the most intriguing Charles Darwin facts and Ben Franklin facts. Then, learn the most interesting facts that our world has to offer.