The popular TV show tends to gloss over women's "monthlies" and the pains of wearing a corset. We bring you the real Downton Abbey. 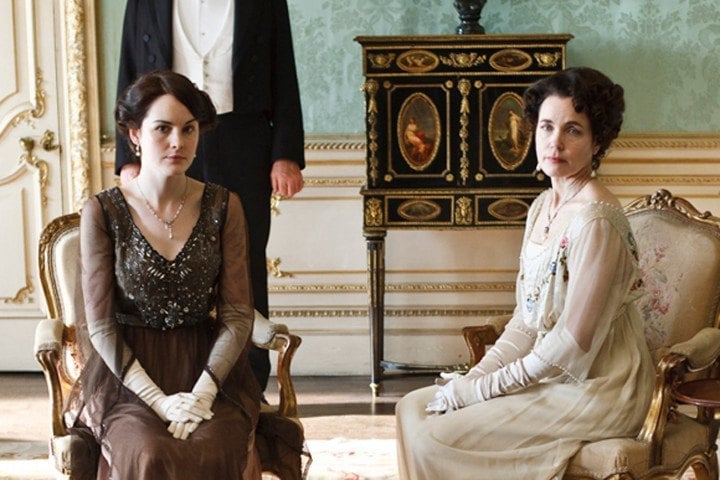 Edwardian Era Fashion + The Realities of The Female Menstrual Cycle

Reality check: as any woman will tell you, your uterus doesn’t care how good you look in white. Periods are the number one way to ruin a pretty pair of panties, a nice dress or a pair of khakis. I don’t know about you, but I don’t take the luxury of black sweatpants lightly during my “monthlies” (as they were once coyly termed). What, then, was an Edwardian gal to do? Not only did they “dress for dinner” – they dressed for everything.

It wasn’t uncommon for women of the aristocracy (think Lady Mary of Downton Abbey) to change into multiple dresses a day. That’s why having a lady’s maid was somewhat non-negotiable: have you ever attempted to get in and out of a corset on your own? Me neither, but it doesn’t look pleasant. 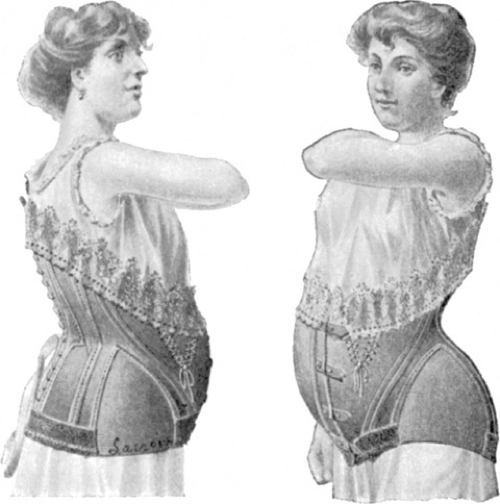 While some aspects of women’s fashion, such as the chemise and the corset, were left over from the preceding Victorian era, the fashion en vogue during the Edwardian era was a bit more forward-thinking (insofar as entirely restrictive dinner-wear could be considered burgeoning “feminism”). One aspect of women’s culture that had not relaxed from one generation to the next was the attitude about menstruation and, basically, “lady bits” in general.

The women of Downton Abbey would have been expected to be virgins until they were married (Downton, series one, remember Mary’s ill-fated romp with Mr. Pamuk?) and sex itself was more of a wifely duty than a perk of married life. For aristocrats, the number one priority as soon as the nuptials were complete was the producing of “an heir and a spare” – two sons, at least, who could carry on the title of his father. We recall that in Downton Abbey, the Countess of Grantham had three daughters and no sons. 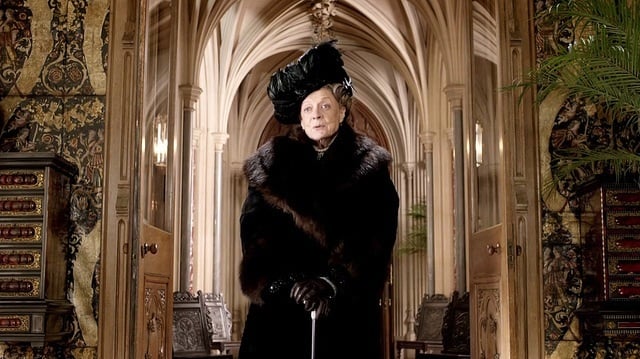 As daughters could not inherit money, property or titles, it became necessary for the family to find the eldest daughter (the eyebrow-raising Mary) a suitable suitor. Downton makes it look impossibly easy to be glamorous, poised and coy – but, like ballet, there is an enormous amount of unspoken, back-end effort that goes into making something look incredibly effortless. In the real world of Downton Abbey, the Crawley daughters would have needed to spend many a lonely, boring hour being primped and prepped in order to merely stand around in ballrooms, fill up their dance cards and – if, heaven forbid they were menstruating- not bleed all over their crystal-adorned gowns.

For the Downton daughters, their virginity and sexual awakening would have been pushed out, at the very least, until after their formal “coming out” during The Season. But for young girls who were growing up on the streets of London, their sexual awakening came much earlier. The age of consent rose in 1885 from 13 to 16, but that didn’t dissuade younger girls.

One way that these preteens of yesteryear explored their sexuality was through conjugal visits with fresh-off-the-boat soldiers. The girls were young and the soldiers didn’t care – they would hit port and see the girls running towards them, pigtails flapping against the backs. They even gave them a nickname: flappers . 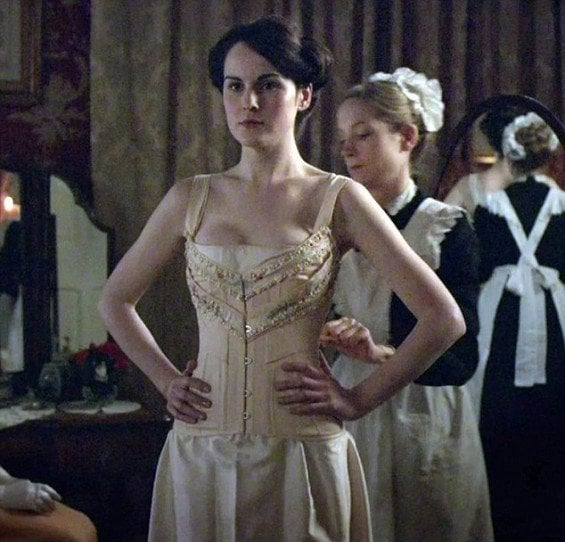 Of course, the Downton Abbey girls lived a far more cloistered life. That wouldn’t have meant, however, that they too didn’t have to deal with some of the more essential facts-of-life. It’s also important to note that girls started their periods far later in their teenage years than what would be considered average now: closer to sixteen or seventeen than today’s average of twelve. What’s more, there had recently been a medicalization of many previously uninteresting-to-men topics, women’s health included.

Men still didn’t want to invest in the emotional aspect of a woman’s necessary physiology, but they were more than happy to pathologize it – hence why, during this period in history, menstruation became an illness.

Prior to this, girls were educated by their mothers or, in aristocratic homes, governesses or elder sisters, about their “monthlies” and would have been instructed on the use of rudimentary sanitary napkins, complete with belts worn around the waist. However, these were not that widely used – so it was still somewhat commonplace for a woman to just matter-of-factly bleed all over her bed linens, the settee or the dining room chair. As was the custom in England at the time, this would have been politely ignored. 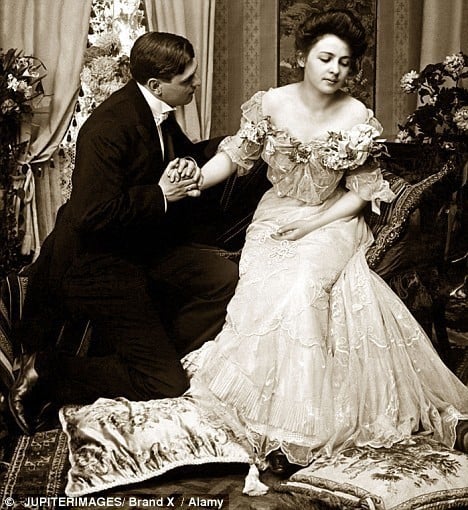 Of course, with menstruation came fertility, and with fertility – pregnancy. During this time of medicalization of a natural process came something of a monopoly on women’s health by male doctors. For millennia, midwives had been more than capable of handling “women’s work” of pregnancy and childbirth, but it was during the Edwardian era that men, for the first time in history perhaps, asserted that they knew more about birthing babies than women did.