The Story Of Isabella Guzman, The Teen Who Went Viral On TikTok For Stabbing Her Mom 79 Times

In August 2013, Isabella Guzman brutally murdered her mother Yun Mi Hoy inside their Colorado home — then became famous online for her bizarre attitude in the courtroom.

In 2013, Isabella Guzman stabbed her mother, Yun Mi Hoy, to death in their Aurora, Colorado home. Seven years later, a video of Guzman in court went viral on TikTok, and she became an internet sensation. 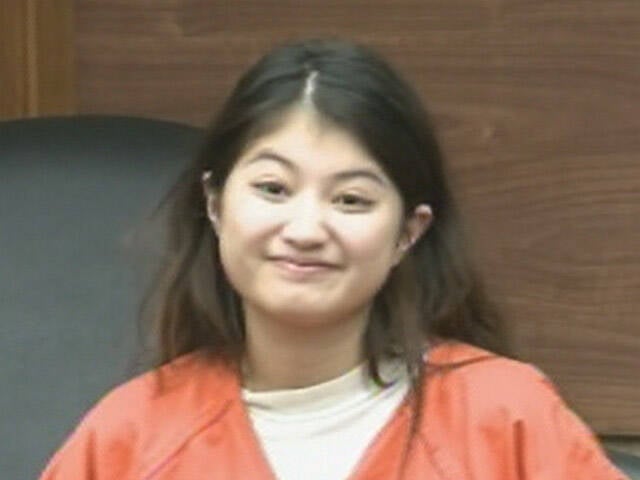 Public DomainIsabella Guzman smirked at the camera during her September 5, 2013 court hearing.

Guzman was just 18 years old when she brutally murdered her mom. Her family was stunned. She’d had behavioral issues even as a child, but loved ones described her as “sweet” and “good-hearted.”

At the time of her arrest, Guzman pleaded not guilty by reason of insanity. Her doctors found she suffered from schizophrenia, and a judge ordered that she remain in a mental health institution until she was no longer a threat to herself or others.

After seven years of hospitalization, Guzman claimed her schizophrenia was under control and petitioned to be released from the institution. At the same time, footage from her 2013 court hearing resurfaced and started making the rounds on TikTok — gaining her a confounding fanbase.

Isabella Guzman began having behavioral issues at a young age. According to The Denver Post, her mother sent her to live with her biological father, Robert Guzman, when she was around seven years old due to these concerns. Guzman eventually moved back in with Hoy, but she continued to struggle throughout her teen years, and she’d soon dropped out of high school.

In August 2013, the relationship between Guzman and Yun Mi Hoy deteriorated quickly. According to her stepfather, Ryan Hoy, Guzman became “more threatening and disrespectful” toward her mother, and on Tuesday, Aug. 27, the two had a particularly nasty argument that ended in Guzman spitting in her mom’s face.

According to CBS4 Denver, Hoy received an email from her daughter the next morning that simply read, “You will pay.”

Terrified, Hoy called the police. They arrived at the house that afternoon and spoke with Guzman, telling her that her mother could legally kick her out if she didn’t start respecting her and following her rules.

Hoy also called Guzman’s biological father and asked him to come and have a talk with her. Robert Guzman arrived at the house that evening, according to Huffington Post. He later recalled, “We sat down in the backyard looking at the trees and the animals and I started to talk to her about the respect that people should have for their parents.”

“I thought that I made progress,” he continued. But just hours later, he’d discover that their conversation had tragically done nothing at all.

On the night of Aug. 28, 2013, Yun Mi Hoy arrived home from work around 9:30 p.m. She told her husband she was going upstairs to take a shower — but he soon heard a thud followed by blood-curdling screams. 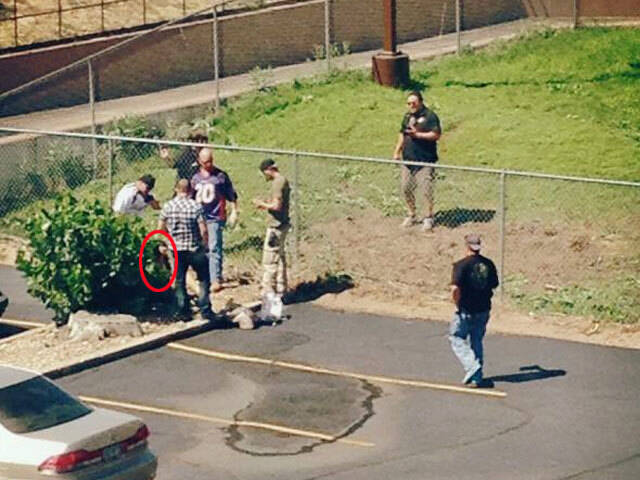 Public DomainAfter stabbing her mother to death, Guzman fled her house. She was found by police the next day.

Ryan Hoy rushed upstairs just in time to see Isabella Guzman slamming the bathroom door shut. He tried to push through, but Guzman had locked it and was pushing against the other side. When he saw blood seeping beneath the door, he raced back downstairs to call 911.

When Ryan Hoy returned, according to Huffington Post, he heard his wife say, “Jehovah,” and then saw Guzman open the door and walk out with a bloody knife. He “advised that he never heard Guzman say anything and that she didn’t speak to him as she exited the bathroom… [she] was just staring straight ahead when she walked past him.”

He ran into the bathroom and found Yun Mi Hoy naked on the floor with a baseball bat beside her, covered in stab wounds. He tried to resuscitate her, but she was already dead. Investigators later found that her throat had been slashed and she’d been stabbed at least 79 times in the head, neck, and torso.

By the time police arrived, Isabella Guzman had already fled the scene. They quickly launched a manhunt, informing the public that Guzman was “armed and dangerous.” Officers found her in a nearby parking garage the next afternoon, her pink sports bra and turquoise shorts still covered in her mother’s blood.

According to CNN, on the day of her arraignment hearing on Sept. 5, 2013, Guzman had to be dragged out of her cell. And when she finally got to the courtroom, she made a series of bizarre faces at the camera, smirking and pointing at her eyes.

Isabella Guzman pleaded not guilty by reason of insanity. A doctor testified that she was suffering from schizophrenia and had experienced delusions for years. She hadn’t even realized she was stabbing her mother. Rather, Guzman thought she’d killed a woman named Cecelia in order to save the world.

George Brauchler, district attorney for the 18th Judicial District of Colorado, told CBS4 Denver, “We punish people who make decisions to do wrong when they knew better and they could have done something differently. And in this particular case I am convinced… that this woman did not know right from wrong and she could not have acted differently than she did, given the significant schizophrenia and paranoid delusions, audible, visual hallucinations that she was going through.”

The judge accepted Guzman’s plea of not guilty by reason of insanity and sent her to the Colorado Mental Health Institute in Pueblo, where he ordered her to stay until she was no longer a danger to herself or her community.

Isabella Guzman had no idea she would soon be internet famous due to her strange court appearance.

In 2020, various TikTok users began posting videos from Guzman’s 2013 arraignment. Some were set to the hit Ava Max song “Sweet but Psycho.” Others showed creators attempting to imitate Guzman’s odd facial expressions from the courtroom.

Isabella Guzman quickly gained a fan base online. Commenters noted how beautiful she was and said she must have had a good reason for killing her mom. One video compilation of her court hearing gained nearly two million views. People even began making fan pages in Guzman’s honor on Facebook and Instagram. 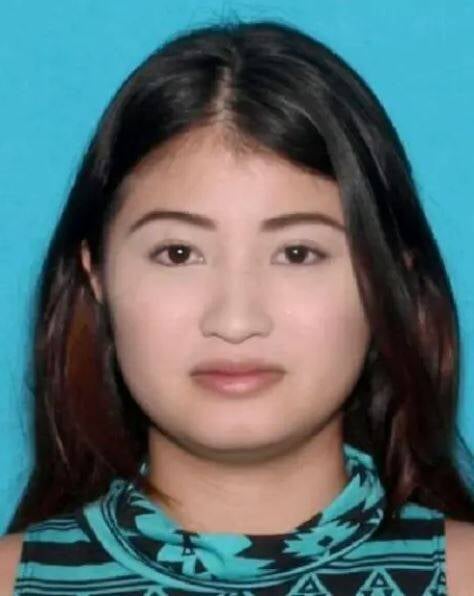 Public DomainIsabella Guzman was 18 years old when she stabbed her mother to death.

Meanwhile, Guzman was still in the mental health institution, undergoing therapy and trying to find the proper medications for her schizophrenia. In November 2020, she petitioned the court for her release, claiming she was no longer a threat to those around her.

She told CBS4 Denver at the time, “I was not myself when I did that, and I have since been restored to full health. I’m not mentally ill anymore. I’m not a danger to myself or others.”

Guzman also alleged that she had suffered years of abuse at the hands of her mother. “I was abused at home by my parents for many years,” she explained. “My parents are Jehovah’s Witnesses, and I left the religion when I was 14, and the abuse at home worsened after I quit.”

In June 2021, Isabella Guzman was granted permission to leave the hospital for therapy sessions. And despite her allegedly abusive relationship with her mother, she said of the events of August 28, 2013: “If I could change it or if I could take it back, I would.”

After reading about Isabella Guzman, learn about Claire Miller, the TikTok star who murdered her disabled sister. Then, read about Cleo Rose Elliott, the daughter of Sam Elliott and Katharine Ross who stabbed her mom with scissors.

Jessica OConnor
Jessica O'Connor is a public historian focusing on Deep South Black History with degrees from Winston-Salem State University and the University of North Carolina at Greensboro.
You might also like
Remove Ads
×
Follow ati On
Join The All That's Interesting Weekly Dispatch
Like Follow
Posting....