Cleo Rose Elliott's mother Katharine Ross says she was verbally abusive even as a child — then developed violent tendencies by the time she reached her teens. 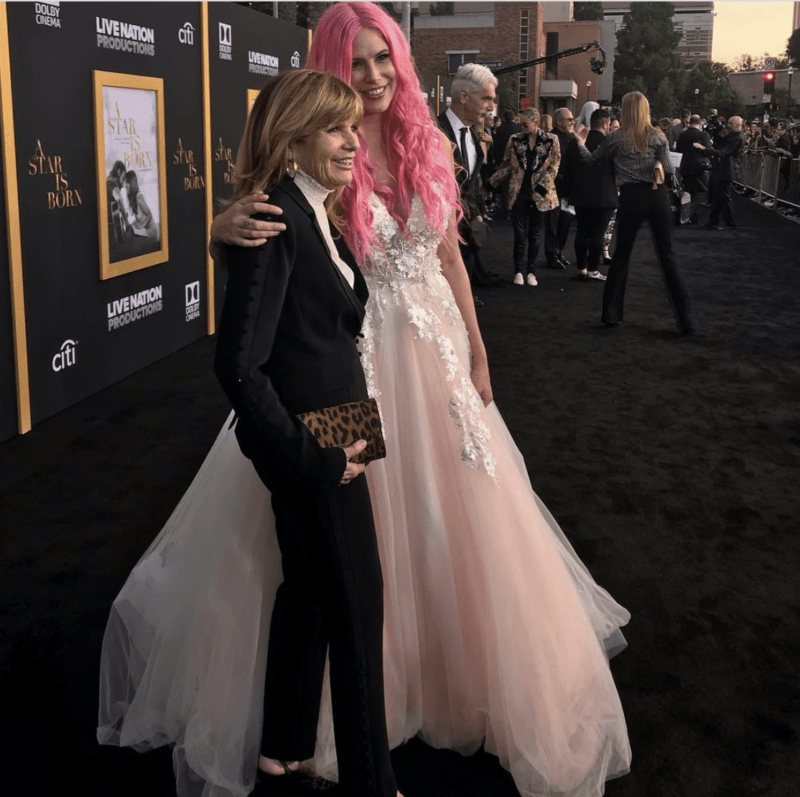 Instagram/@randychristopherbatesCleo Rose Elliott and Katharine Ross at the premiere of A Star Is Born in 2018.

Cleo Rose Elliott led a charmed life. The daughter of actors Sam Elliott and Katharine Ross, she was raised in the spotlight of Hollywood.

Elliott could have easily followed in her famous parents’ footsteps thanks to her celebrity connections, good looks, and undeniable musical talent. But at the age of 26, she stabbed her mother in the arm with scissors in a violent fit of rage.

Ross filed for a restraining order against her daughter, and for a moment it seemed as if Elliott’s actions would rip apart the tight-knit family. But in the years since, the mother and daughter have appeared together on red carpet events across Hollywood.

While Ross may have forgiven Elliott for the incident, the once-promising music career of the young model and singer never fully recovered.

Sam Elliott and Katharine Ross first worked together on the set of Butch Cassidy and the Sundance Kid in 1969, though they didn’t officially meet until 1978 when they co-starred in the film The Legacy.

Though Ross was Elliott’s first wife, Ross had been married four times prior. The couple wed in May 1984, just four short months before their daughter Cleo Rose Elliott was born in Malibu, California on September 17, 1984.

According to the Malibu Times, Elliott decided to follow a more musical path than her parents did. She learned to play the flute and guitar as a child, though she always preferred singing.

After three years at Malibu High, she graduated from Colin McEwan High School before going on to study music for four years at the Joanne Baron/D.W. Brown Acting Studio in Santa Monica, California.

During her time at acting school, she landed a short-lived gig on the reality show SexyHair and also took on modeling jobs to pay the bills. Elliott then went on to study classical opera with prolific singer and songwriter Charity Chapman.

In 2008, Elliott released her debut album No More Lies, which was a semi-commercial hit. Though her musical background was in Italian opera, Elliott’s musical influences were much more hard rock in nature. She’s said she prefers the music of Guns N’ Roses and Led Zeppelin to the Verdi repertoire.

“The only way I know to write is straight from my heart,” she told the Malibu Times in 2008. “The songs on No More Lies are about love, of course. Finding love and losing it. But it’s not about one specific person.” She also told the outlet that she planned to take a breather after the album and spend time with her pets before she released more music.

Unfortunately, the next time Cleo Rose Elliott made headlines was for a decidedly non-musical reason.

Why Did Katharine Ross’ Daughter Stab Her Six Times With A Pair Of Scissors?

In 1992, a PEOPLE profile on Katharine Ross mentioned how much she enjoyed spending time with her husband and her then seven-year-old daughter Cleo Rose Elliott. But that changed as Elliott grew older. 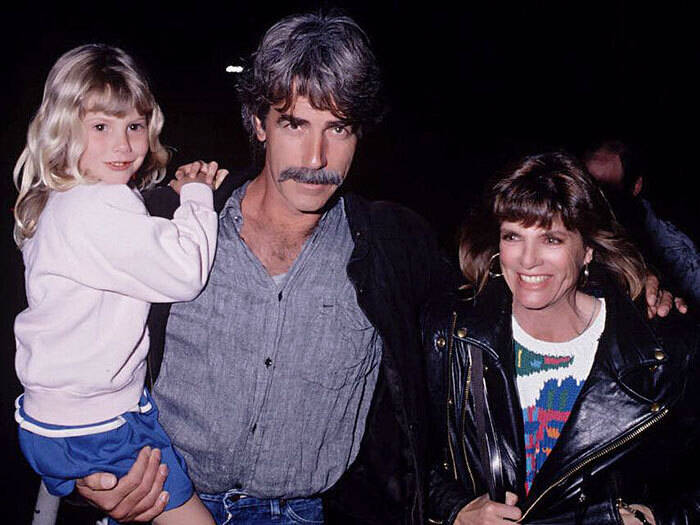 In a statement to Los Angeles County Superior Court, Ross claimed, “Cleo verbally and emotionally abused me even as a little girl but became increasingly violent at age 12 or 13.”

According to PEOPLE, those violent tendencies came to a head on March 2, 2011. That day, Elliott lost her temper. She told her mother, “I want to kill you,” and kicked in a kitchen cabinet door.

She then began following Ross around the house. When Ross tried to call the police, Elliott cut the phone line with a pair of scissors, then threatened to gouge out her mother’s eyes.

Elliott then used the scissors to stab Ross in the arm six times. When Ross filed for a restraining order, she told the court that Elliott had been “using enough force to pierce my skin through my shirt and leave me with marks that are still visible today.”

But why did Katharine Ross’ daughter stab her? The circumstances surrounding the incident are unclear. To this day, no one can say for certain what provoked the outburst or verify Ross’ claims about Elliott’s violent past or the devastating nature of her injuries.

Regardless, on March 8, 2011, Cleo Rose Elliott was ordered to stay 100 yards away from Ross and her home, car, and workplace until a hearing later that month put the restraining order into full effect.

This also meant Elliott had to move out of their Malibu home. And the order specified that police were to accompany her onto the property in order for her to retrieve her belongings.

But when neither Elliott nor Ross showed up for the hearing scheduled for March 30, 2011, the restraining order was dropped. Shortly thereafter, Ross claimed that she and Cleo Rose Elliott were working on their relationship.

Cleo Rose Elliott Has Maintained A Low Profile Since The Incident

In the more than ten years since Elliott stabbed her mother, few news stories about her have appeared in the press, and she’s all but vanished from the public eye. Even her Instagram page is private. 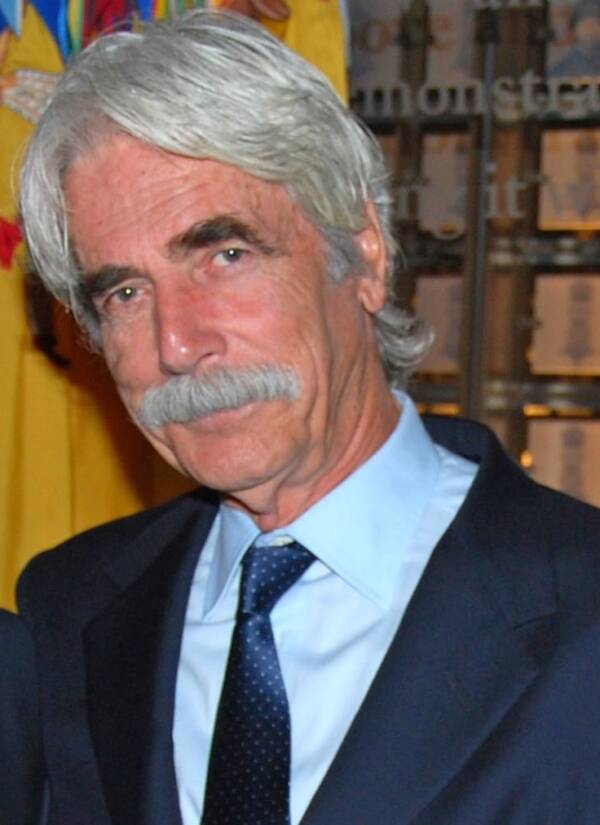 Wikimedia CommonsCleo Rose Elliott’s father Sam Elliott is known for his roles in Western films and more recently in A Star Is Born and Yellowstone 1883.

However, she has made appearances on the red carpet with her family, including when her father was nominated for an Oscar for his role in A Star is Born in 2018.

Elliott’s relationship with her mother seems to have healed significantly. The duo even interviewed together for Indie Entertainment News Magazine in 2017 when Ross and husband Sam Elliott starred together in The Hero.

Then, Cleo Rose Elliott gushed of her parents, “They’re both so talented and it just makes me so proud of them.”

So why did Katharine Ross’ daughter stab her? We may never know the full truth behind the violent incident, but it seems that the family remains as close as ever despite the scars left behind.

Now that you’ve read about Cleo Rose Elliott stabbing her mother, learn about Cheryl Crane, the daughter of Lana Turner who killed Johnny Stompanato. Then, read about the tragic story of Gypsy Rose Blanchard, whose boyfriend stabbed her abusive mother to death.