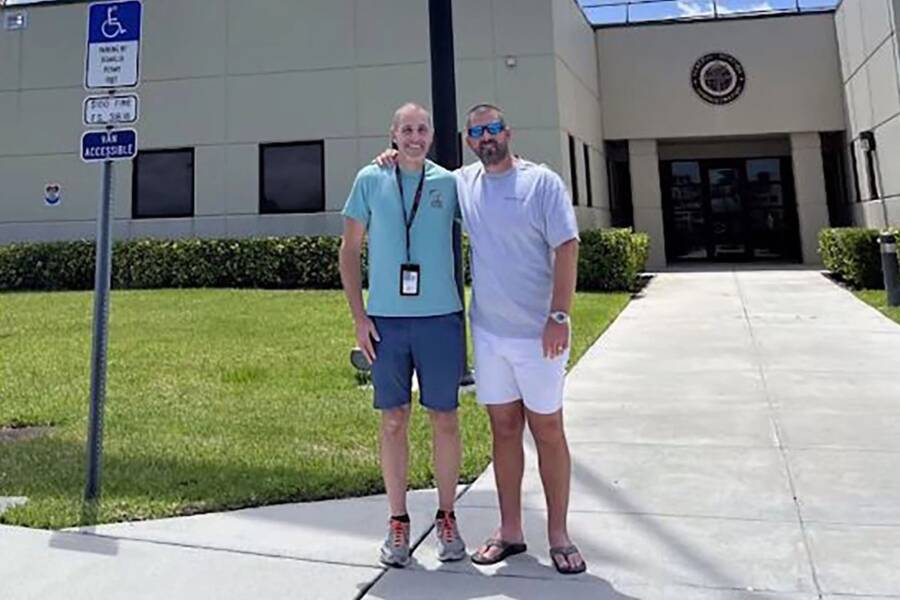 When the pilot of his plane suddenly slumped forward, Darren Harrison leaped into action. Reaching out to air traffic control, he explained that he had no idea how to fly or land the plane — and controllers on the ground were able to talk him through it safely.

“I’ve got a serious situation here,” Harrison radioed to air traffic controllers in Fort Pierce, Florida, at around noon on May 10. “My pilot has gone incoherent. I have no idea how to fly the airplane.”

The pilot, whose name has not been revealed, became suddenly ill about an hour after taking off with Harrison and one other passenger in a Cessna 208 plane from Leonard Thompson Airport in the Bahamas. According to an Federal Aviation Administration blog post, the pilot then slumped against the controls, sending the plane into a nosedive.

That’s when Harrison took control and reached out for help. According to The New York Times, he spoke first with air traffic controller Christopher Flores at Fort Pierce, who tried to figure out where the plane was. Harrison didn’t know how to use the navigation tools — but he could see the Florida coast.

“Maintain wings level and just try to follow the coast either northbound or southbound,” Flores told him. “We’re trying to locate you.”

After about 10 minutes, air traffic controllers at Palm Beach International Airport took over. Air traffic controller Robert Morgan told WPBF that he was on a break when one of his colleagues told him, “There’s a passenger flying a plane that’s not a pilot and the pilot is incapacitated so they said you need to help them try and land the plane.”

Morgan, an experienced flight instructor, rushed to help. But since Morgan was unfamiliar with Cessna 208 planes, one of his colleagues printed out photos of the plane’s cockpit — and Morgan instructed Harrison on how to land the aircraft. 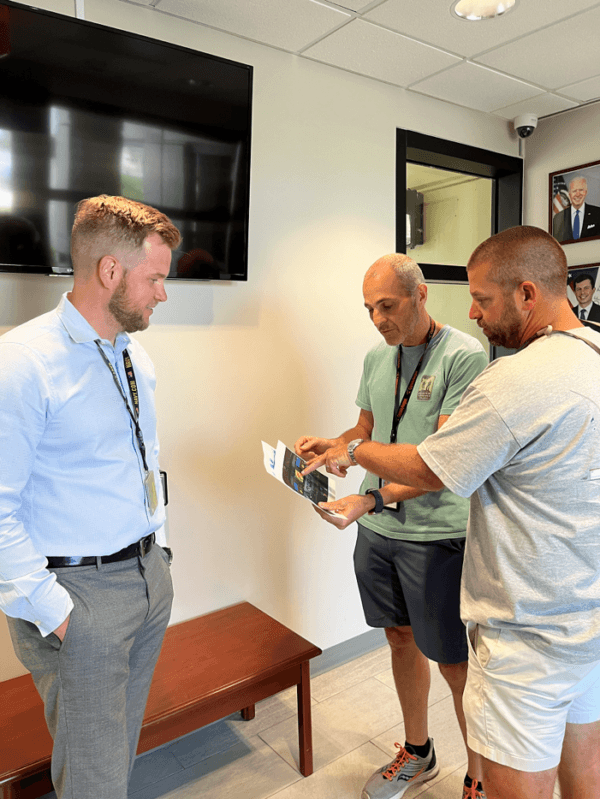 Federal Aviation AdministrationMorgan and a colleague show Harrison the images of the Cessna 208 cockpit they printed out to help him land.

To WPBF, Morgan added, “I knew the plane was flying like any other plane, I just knew I had to keep him calm, point him to the runway and tell him how to reduce the power so he could descend to land.”

As other air traffic controllers launched into action to stop departures and put other planes into holding patterns, Morgan talked Harrison through landing his Cessna 208.

“Try to hold the wings level and see if you can start descending for me,” Morgan told him. “Push forward on the controls and descend at a very slow rate.”

Before he knew it, Morgan told WPBF, Harrison had successfully landed the plane on the tarmac. Morgan ran down to meet him and gave him a big hug.

“I felt like I was going to cry then, because I had so much adrenaline built up,” Morgan told CNN. “I was really happy that it worked out and that nobody got hurt.”

He added, “It was an emotional moment. [Harrison] said that he just wanted to get home to his pregnant wife. And that felt even better.” 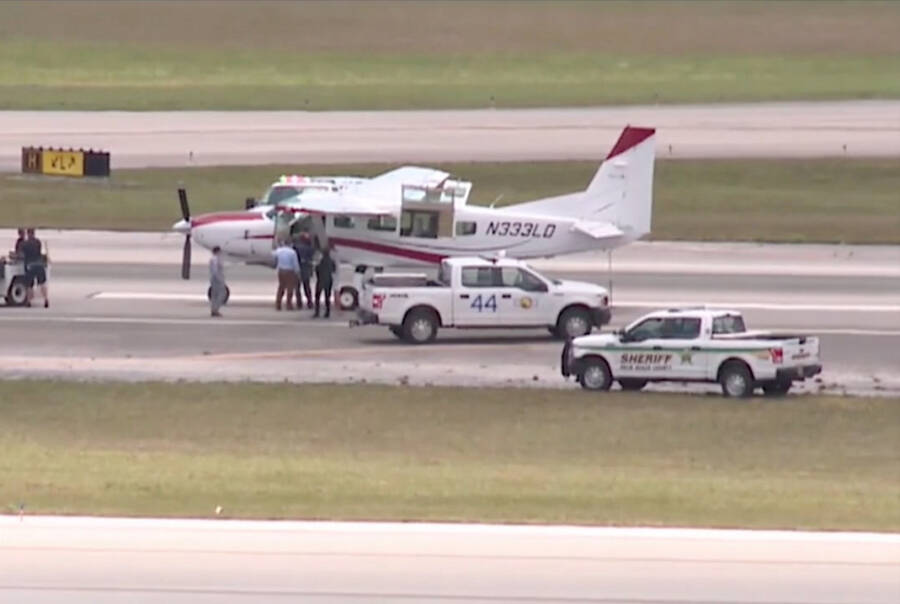 WPTVThe Cessna 208 on the ground at Palm Beach International Airport shortly after landing.

Harrison, a 39-year-old interior designer from Lakeland, Florida, declined to speak with the press after the landing. According to The New York Post, he was returning from a fishing trip to the Bahamas when he averted disaster. And his uncle, Glenn Harrison, said he wasn’t surprised by his nephew’s heroism and composure.

Meanwhile, others at Palm Beach International Airport reacted with awe. “You just witnessed a couple of passengers land that plane,” an air traffic controller told an American Airlines pilot who witnessed the landing.

“Did you say the passengers landed the airplane?” the pilot responded. “Oh, my God. Great job.”

But though Morgan’s steady hand in the crisis helped avert a tragedy, the air traffic controller insists that he was just doing what was expected of him.

Crediting his colleagues and Harrison, who he called a hero, Morgan said,
“At the end of the day, I feel like I was just doing my job. But it was like on a higher level than you thought you’d have to do it.”