The woman even had the jacket altered by a tailor to fit her perfectly. 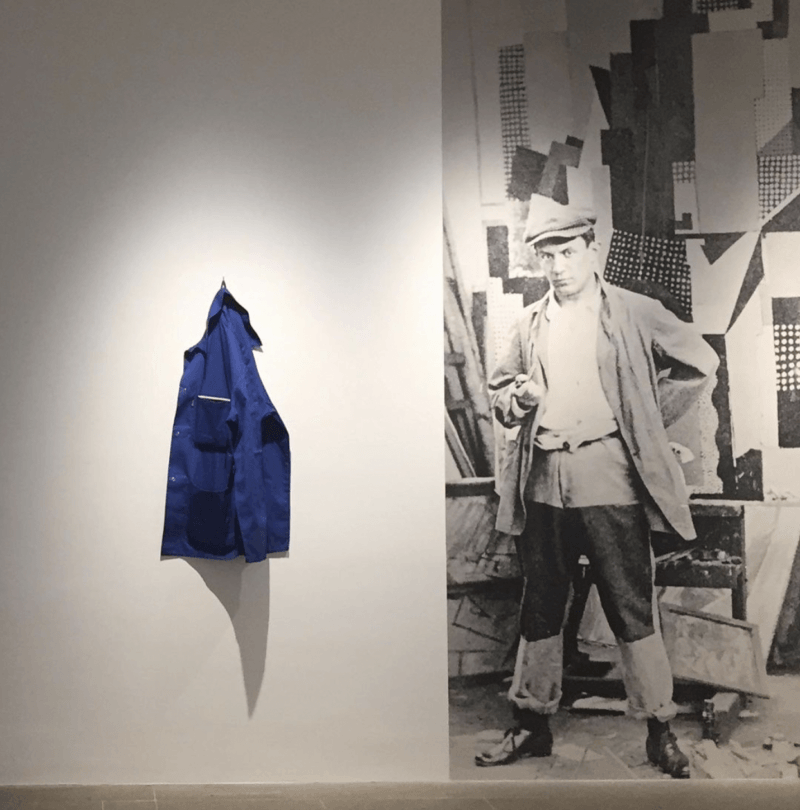 From the theft of the Mona Lisa in 1911 to the infamous heist at the Isabella Stewart Gardner Museum in 1990, art larceny is nothing new. But the theft that occurred at Musée Picasso in Paris on March 7, 2022, was a little different — as the culprit was an oblivious senior citizen.

As first reported in Le Parisien, the unnamed 72-year-old woman spotted a blue work jacket hanging on the wall of the museum and assumed someone had accidentally left it behind. So she took it home with her and even had it tailored to her size.

In reality, the jacket was part of an exhibit. Oriol Vilanova, the Catalan artist behind the piece, had loaned it to Musée Picasso for the museum’s “Picasso à l’image” exhibition, which features Pablo Picasso’s appearances in front of the camera during his lifetime.

The jacket was placed next to a large black-and-white photograph of Picasso, and its pockets were filled with postcards depicting the artist’s works that Vilanova had purchased at flea markets and museum shops. He also intended it as a reflection on mass production.

The exhibit was designed to be interactive, as visitors were able to pull the postcards out of the jacket pockets and examine them. But the elderly woman took the idea a step further when she carried the jacket home with her, the postcards still in its pockets.

“When the museum told me the work had been stolen, I was surprised, but it was impossible to envisage the story that followed,” Vilanova said.

The museum had caught the woman stuffing the jacket into her bag on surveillance camera, but they had no idea who she was or how to track her down. In the days following the incident, police visited the museum to search for clues to her identity.

Then, in a shocking turn of events, the unaware woman returned to the museum just a few days later to view the exhibit again. She had no idea the police officers she saw there were looking for her — or that she had just made their job much easier.

The investigators immediately brought her in for questioning. She quickly confessed to stealing the jacket but insisted she had no idea it was a piece of artwork.

Police then searched her home and retrieved the jacket, noting that its sleeves were nearly a foot shorter after the woman brought it to the tailor.

This baffling incident was a first for Vilanova, who has been displaying the jacket at museums around the world for his “Old Masters” series since 2017, switching out the postcards within to depict the works of any given artist.

“I’ve always exhibited this artwork in the same way in other museums without any problem [as there were] security guards that guaranteed its safety,” Vilanova told Artnet News. “Other museums insured the artwork. If I had been aware of the risk of theft [at Musée Picasso], I would never have exhibited it.” 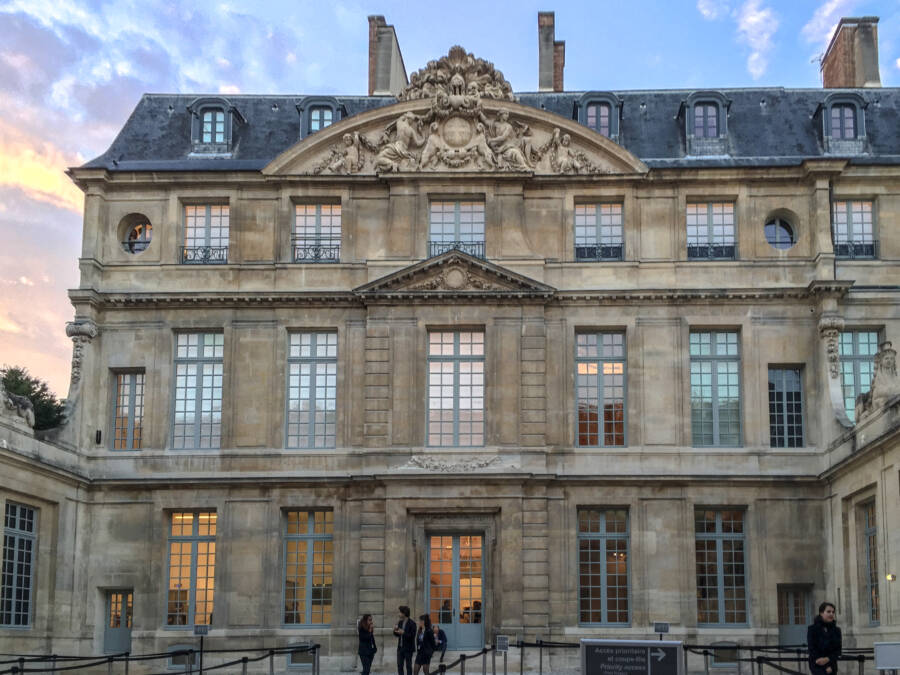 The museum, however, refutes Vilanova’s claims. “The artist was aware of the risk of the object being stolen,” a representative said.

Musée Picasso reportedly offered to install the jacket on a more secure coat-hanging system, but the artist refused. According to the museum, “He wanted people to be able to handle not just the postcards, but the jacket too.”

Additionally, the museum had written in its loan agreement with Vilanova that the jacket and postcards were “not insurable for risk of theft” due to the interactive nature. According to Vilanova, the 150 postcards that had been in the jacket’s pockets were also destroyed.

Ultimately, French police let the elderly woman, who told them she was “passionate” about art, go free with a warning, explaining that she’d previously been placed under guardianship.

And as for the jacket, it’s been restored to Vilanova, who will certainly be much more selective about loaning out his work from here on out.

After reading about the elderly woman who accidentally stole part of a museum exhibit, learn about the stolen de Kooning painting worth $160 million that was found in a small-town couple’s home. Then, read about the artwork that was ruined by a couple who mistakenly thought it was interactive.