The painting was displayed alongside the paint cans and brushes that the artists used to make it — which the couple took as an invitation to collaborate. 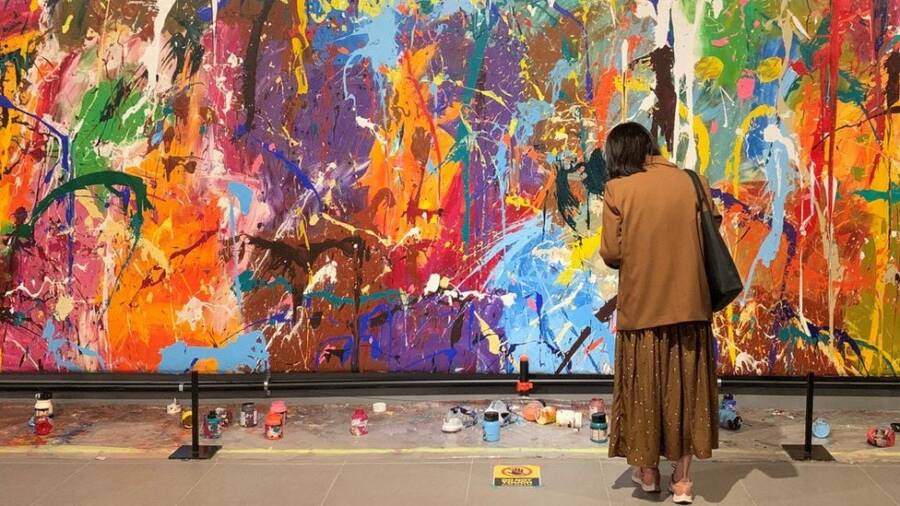 On March 28, a young couple in South Korea made the mistake of a lifetime. They spent their Sunday at the Lotte World Mall in Seoul and spotted a rather eye-catching painting in the Street Noise exhibit. Taking the paint buckets and brushes lying below the work as an invitation to collaborate, they happily contributed a few strokes of their own — and ruined a $440,000 painting.

The anonymous twenty-something couple was entirely oblivious to the fact that they had just become vandals. They genuinely believed it was a participatory work, because of the paint and brushes underneath, according to ABC News.

However, the painting had been displayed this way since 2016, when American graffiti artist John Andrew Perello finished it before an audience for “The Great Graffiti” show at the Seoul Arts Center. Perello, who goes by JonOne, has decided not to respond to the incident, according to The Independent. The culprits were caught.

Staff at the gallery immediately notified police after noticing the new brush strokes on March 28. The security footage clearly showed who had committed the crime, and the couple expressed sincere embarrassment under questioning by authorities. As of now, the vandalized “Untitled” painting will remain on display until June 13, 2021.

Perello’s painting was the only one in the gallery without a frame, due to its size. Measuring 22.9 feet by 7.8 feet, it certainly draws the eye. Unfortunately, so did the tools deliberately placed beneath it as integral parts of the artwork.

Authorities haven’t named the couple who mistakenly used these items to add their own splotches of paint to the piece. Kang Wook, a co-organizer of the exhibit, has been in talks with Perello about how or whether to restore the piece to its former glory — while the organization has decided not to any press charges against the couple. 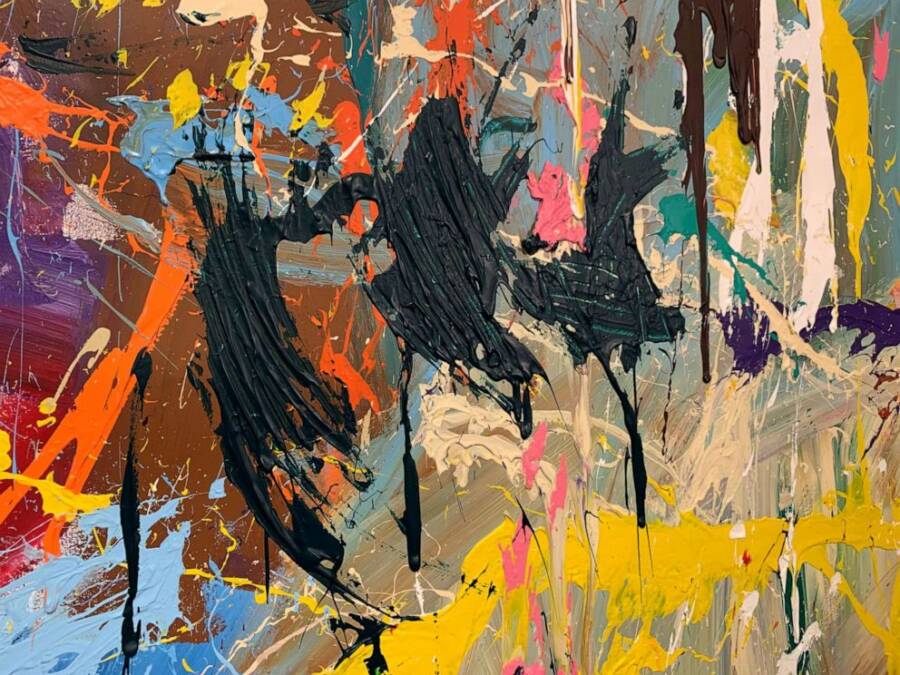 FacebookThe culprits had no idea that this wasn’t a participatory work, and added several black brush strokes of their own.

“We called the police immediately and talked to the insurance company for the damaged artwork,” Kang said. “But, as the agency in charge, we will do [our] best to minimize the harm to the couple who unintentionally vandalized the work … They thought they were allowed to do that, as participatory art, and made a mistake.”

The incident caused quite a stir. Ironically, it also has drawn even larger crowds, eager to see the now-notorious painting for themselves. Kang has used the media spectacle as an opportunity to explain the artist’s intentions in positioning his tools along with the work itself. 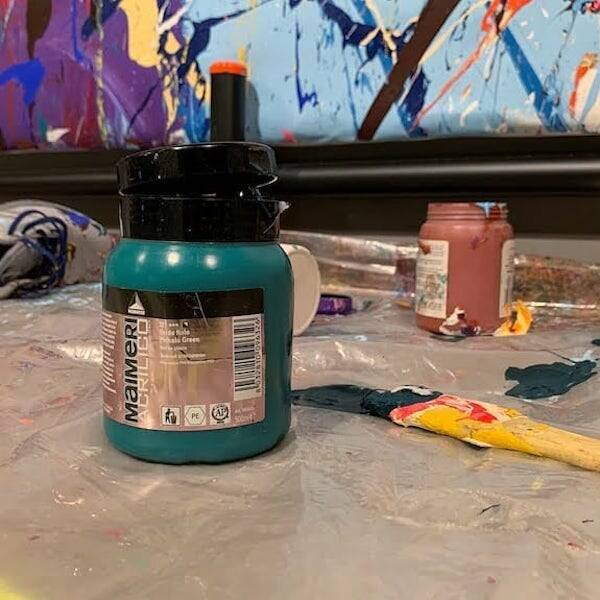 FacebookThe buckets of paint and brushes were intended to showcase the work that went into the painting — not for viewers to collaborate on it.

“The paint and brushes used by the artist comprise a complete set with the graffiti canvas work,” Kang said, adding that these props were intended to chronicle and highlight the artist’s work.

Perello himself has made quite the name for himself in recent years. The American artist currently lives in Paris, and was awarded France’s Legion of Honor in the category of culture and communications in 2015. That particular title is given to people recognized for invaluable service to the nation.

For Korean pop-culture expert Ha Jae-geun, misunderstandings with some modern art are to be expected, and it’s no surprise that audiences might view brushes and paint beneath a canvas as an invitation to join in. That is particularly the case with a piece like “Untitled,” which aesthetically could look like a collaborative painting in the first place.

“Due to the characteristics of contemporary art, there will be many happenings like this going forward,” he said. “Exhibit organizers must take extra care in physically protecting the artwork, as the audience may mistake the art like that of JonOne’s to something they can scribble on.”

Fortunately for Perello, it seems as though this will have been the first and only time that a spectator defaces his work. The painting in question has been displayed at several exhibits since the incident, but now includes a small fence preventing audiences from approaching it — and signs instructing, “Do Not Touch.”

After reading about the half-million-dollar artwork ruined by a confused South Korean couple, learn about the art thieves who stole three paintings worth $12 million during the COVID-19 lockdowns. Then, take a look at the failed restoration that left a famous painting of the Virgin Mary unrecognizable.