During World War I, Eugene Jacques Bullard made history as the first African American military pilot — by fighting for France. 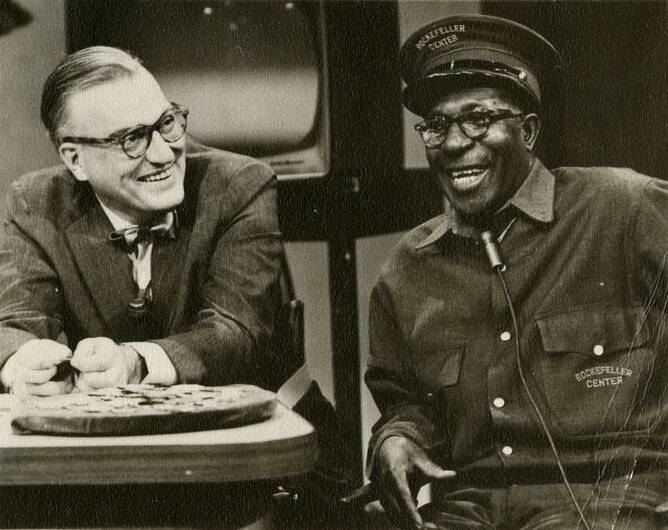 Wikimedia Commons.Eugene Bullard with Dave Garroway on the Today Show, 1959.

On Dec. 22, 1959, the Today Show had an unusual guest — Eugene Bullard, a Black elevator operator for the building in which the show was filmed.

Compared to the celebrities that often appeared on the Today Show, Bullard seemed an odd choice. But his humble demeanor masked an incredible story. Bullard was an adventurer — a World War One veteran who had flown with the French Foreign Legion and spied on Nazis in Paris.

“Mr. Bullard,” said Dave Garroway, the host. “You look handsome and dashing in your NBC uniform. Not like the Foreign Legion or the Lafayette Escadrille.”

“Thank you, no,” replied Bullard, who spoke with a slight French accent. “This one doesn’t have bullet holes.”

As the audience listened in awe, Eugene Bullard recounted his remarkable story. He was more than an elevator operator — he had been the first Black American fighter pilot, a boxer, a spy, and a jazz club owner back in Paris.

This is the extraordinary tale of Eugene Bullard.

From The Segregated South To The City Of Lights 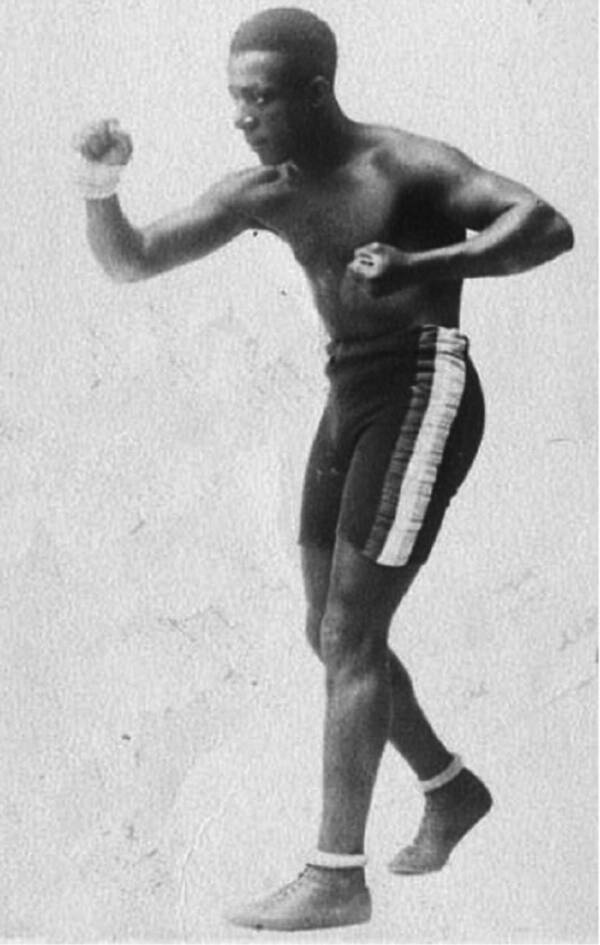 Eugene Bullard was born on Oct. 9, 1895, in Colombus, Georgia. He was the descendent of slaves and Native Americans, and as a Black boy in the Deep South, Bullard felt the presence of racism “like a growing, growing virus.” At one point, his father even had to flee a lynch mob that came to their house.

Bullard decided to run away from home in 1906 when he was 11 or 12. By his own account, he left because he wanted to find a place “where white people treated colored people like human beings.” With $1.50 in his pocket from selling his pet goat, Bullard took to the road.

He tramped around the South for the next few years working odd jobs, and then he began to hear stories about how Black people were treated better in Europe.

In 1912, Bullard resolved to make the journey to Europe and took the train to Virginia to find a ship he could stow away in. He found the Marta Russ, a German freighter en route to Hamburg, and snuck aboard.

“The crew found him and let him work his passage across the Atlantic,” noted Bullard’s biographer Phil Keith. “And his adventure began in Europe.”

Deposited in Aberdeen, Scotland, Bullard found to his delight that what people had promised about Europe was true. The Europeans treated him “just like one of their own.” He felt that he had been “born into a new world.”

Bullard worked a series of odd jobs to make ends meet. When he started working at a boxing gym, he became curious about giving the sport a try himself. Before long, Bullard made a name for himself as a boxer and became a welterweight contender.

This would prove to be his key to France, where he still hoped to go. In 1913, Bullard accompanied other boxers to a match in Paris and stayed. He felt he’d found a home there, where he was treated even by visiting white Americans as an equal.

“It seemed to me that French democracy influenced the minds of both black and white Americans there,” he later wrote, “and helped us all act like brothers.”

But in less than a year, he faced a new challenge as Europe was plunged into World War I. 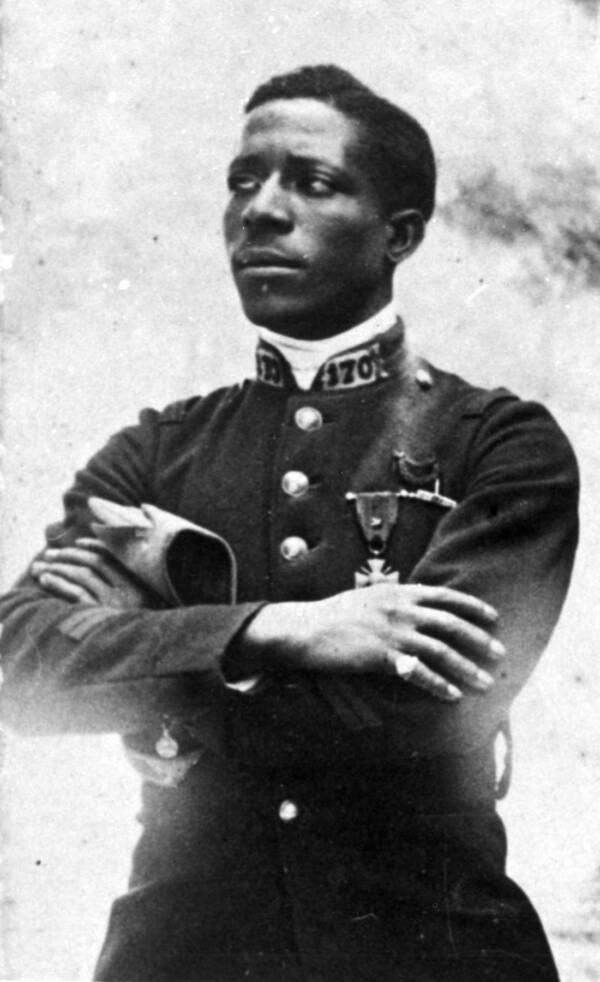 Wikimedia Commons.Eugene Bullard in the uniform of the 170th Regiment, 1916.

World War I began in the summer of August 1914 and that October, at age 19, Bullard eagerly enlisted in the French Foreign Legion, which allowed foreigners living in France to fight for the country.

It didn’t take long for Bullard to prove himself on the battlefield. By 1916, he had been transferred to the regular French Army, where his fellow soldiers called him the “Black Swallow.” Bullard fought valiantly in the bloody, grueling Battle of Verdun, where he stayed in the trenches even after suffering a massive head injury. He managed to survive a stretch of fighting that killed hundreds of thousands of soldiers.

But Bullard’s injuries meant that his days of trench warfare were over. Armed with the Croix de Guerre, an award given to French soldiers for acts of valor, Bullard bet a friend $2,000 that he could become a pilot and join the Air Force — and he did.

Bullard then celebrated his feat with friends in Paris. He recalled, “By midnight every American in Paris knew that an American Negro by the name of Eugene Bullard, born in Georgia, had obtained a military pilot’s license.”

Bullard was accepted into the Lafayette Escadrille, a division of the French Air Force populated largely by American volunteers and became the first Black American combat pilot, although he was not fighting in the American army.

He flew 25 to 27 missions in a plane painted with the motto, “Tout sang que coule est rouge,” or “All blood runs red.” He even shot down two German planes. Bullard himself was once shot down and his plane peppered with almost 100 bullet holes, but he was rescued by his fellow soldiers.

When the United States joined the war in April 1917, American racism reared its head in Bullard’s life again. Bullard and 28 other American pilots flying for France applied to join the U.S. Air Service, and all of the pilots — except for Bullard — were accepted.

Hurt by his home country, Bullard continued to fly for France. “[I got] some comfort out of knowing that I was able to go on fighting on the same front and in the same cause as other citizens of the U.S.,” he said.

But his piloting career was cut short after he clashed with a superior officer. Although Bullard had earned more than a dozen medals, he was relegated to a desk job far away from the front.

Life As A Black American In Paris 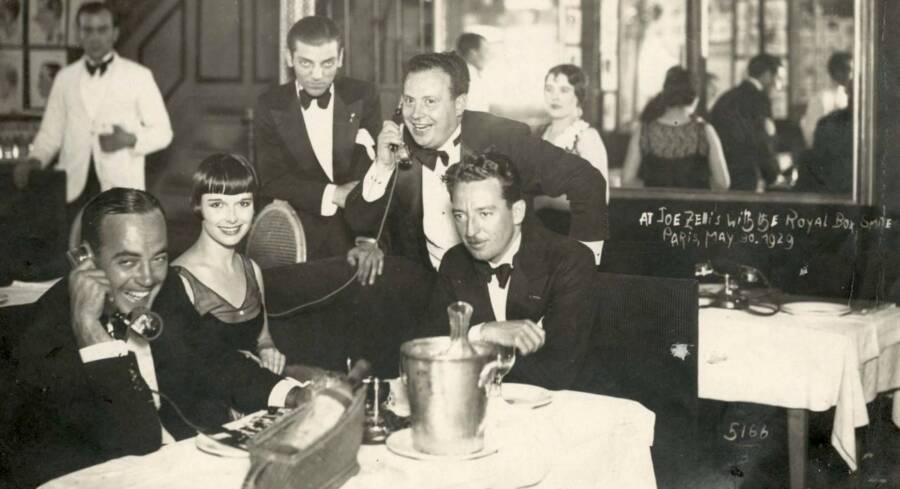 Bullard had thrived as a soldier, and he took to civilian life just as well, returning to a post-war Paris swept up by jazz. Bullard rode the tide.

In the artsy neighborhood of Montmartre, which was then called Harlem on the Seine because of its popularity with Black musicians and artists, Bullard took drum lessons and became the manager of an iconic after-hours club called Zelli’s Royal Box. He married a French woman named Marcelle Straumann in 1923 and had two daughters with her. They separated in 1935.

In 1924, Bullard also became the proprietor of Le Grand Duc, a popular nightclub at the heart of the Black American ex-pat community. He rubbed elbows with the likes of legendary singer and dancer Ada “Bricktop” Smith, a young Langston Hughes, and Arthur “Dooley” Wilson, later known as Sam in Casablanca.

But trouble was on the horizon. In 1929, Wall Street crashed back in the States. In Germany, the Nazis were growing in power and influence. Bullard’s clubs became so popular with German military officials that French counterintelligence recruited Bullard as a spy.

“He plied the Germans with champagne pretending he didn’t speak German,” said Keith. “But he knew it fluently.”

In June 1940, Bullard’s life pivoted again. The Nazis marched into Paris and he was forced to close his nightclubs. Remarkably, he reenlisted in the army.

This time, his military career would be short-lived. After being injured in combat, Bullard was smuggled out of France by other Americans as the Nazis’ grip on the country tightened.

He boarded a steamer and headed back to the United States.

The Legacy Of Eugene Jacques Bullard 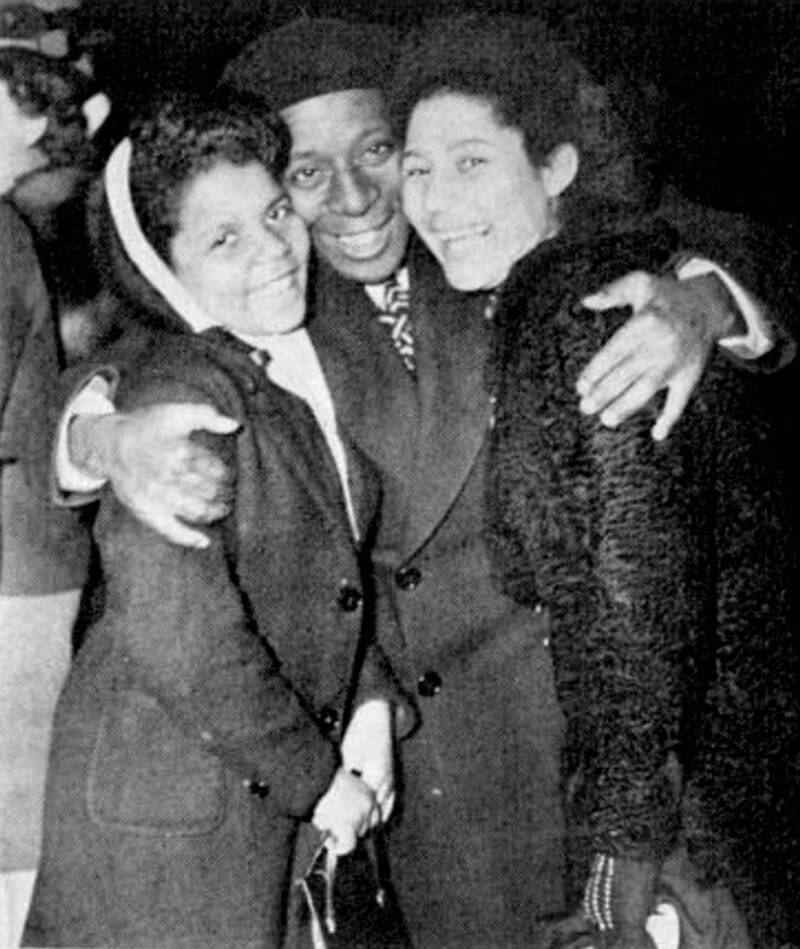 After 28 years in Europe, Bullard returned to New York City, and it didn’t take long for him to experience the stifling effects of Jim Crow laws.

When his ship docked, white veterans were greeted by a representative of the American Legion who offered them a hotel and a small stipend. Bullard, the only Black veteran on the ship, was offered nothing. He found an apartment in Spanish Harlem and worked to arrange for his daughters to come to the States.

He worked as a longshoreman until it was too much for his war injuries; he worked as a security guard; he sold a line of French perfumes; in 1950 and 1951, he helped arrange his old friend Louis Armstrong’s European bookings. Finally, he was offered a job as one of the elevator operators at the RCA Building, which is today’s Rockefeller Center.

But back in Paris, Bullard was still seen as a hero. He was flown to France to appear at banquets held by the Lafayette Flying Corps in 1954 and 1959. On his 64th birthday in 1959, he was made a Chevalier or Knight of the French Legion of Honor. 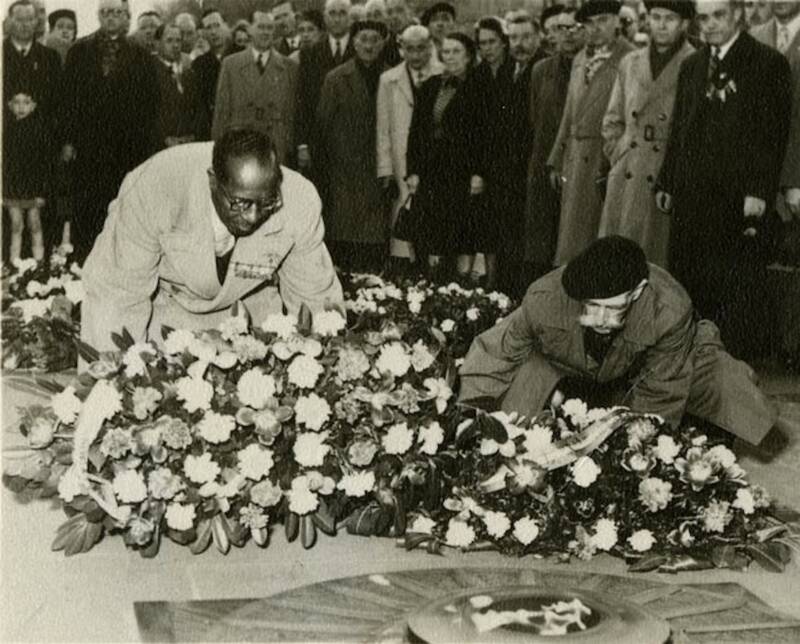 Wikimedia CommonsBullard at the Tomb of the Unknown Soldier, 1954.

Just after receiving the Legion of Honor, Bullard met Dave Garroway in the elevator. The Today Show host invited him to appear on his show after speaking with him and hearing about his remarkable life.

Bullard agreed. He shared his story and Garroway showed the audience all 15 of Bullard’s war medals.

The TV appearance led to several other interviews, and friends urged Bullard to write a biography, but the manuscript he wrote was rejected by publishers for being too unbelievable. One response was that Bullard’s story “made the daydreams of Walter Mitty look pale by comparison.”

Bullard died in 1961 of intestinal cancer. His last words were to a friend, “Don’t fret, honey, it’s easy.” Friends continued to pitch his memoirs to publishers and finally found one in 1972.

Bullard was buried in his French Legionnaire uniform, his coffin draped with the French tricolor.

After this look at Eugene Bullard, the Black American forced to make a life in France, learn about Bessie Coleman, America’s first black female pilot. Then, take a look at these stunning photos of 1920s Paris.