Inside The Shocking Story Of Gypsy Rose Blanchard, The ‘Sick’ Child Who Killed Her Abusive Mother

Gypsy Rose Blanchard was kept prisoner by her mother Dee Dee for 20 years — then she and her boyfriend Nicholas Godejohn took bloody revenge inside their Springfield, Missouri home.

There was something about Gypsy Rose Blanchard and her mother Dee Dee Blanchard that you couldn’t help but love.

A daughter who was stricken by cancer, muscular dystrophy, and a host of other diseases but still smiling every chance she got, and a mother who was devoted to giving her daughter everything she ever wanted. For over 20 years, they were the seemingly perfect picture of inspiration and hope.

So, when Dee Dee was stabbed to death in her own home with her sickly daughter nowhere to be found, the community descended into chaos. There was no way the girl could survive on her own, they thought. Even worse, what if the person who killed Dee Dee had kidnapped Gypsy Rose?

A manhunt was ordered for Gypsy Rose, and to everyone’s delight, she was found just days later. But the Gypsy Rose they found was hardly the same girl who had gone missing. Rather than a thin, disabled cancer patient, the police found a strong young woman, walking and eating on her own.

Questions instantly arose about the beloved mother-daughter duo. How had Gypsy Rose changed so rapidly overnight? Had she ever really been sick? And, most importantly, had she been involved in Dee Dee Blanchard’s death?

The Childhood Of Gypsy Rose Blanchard 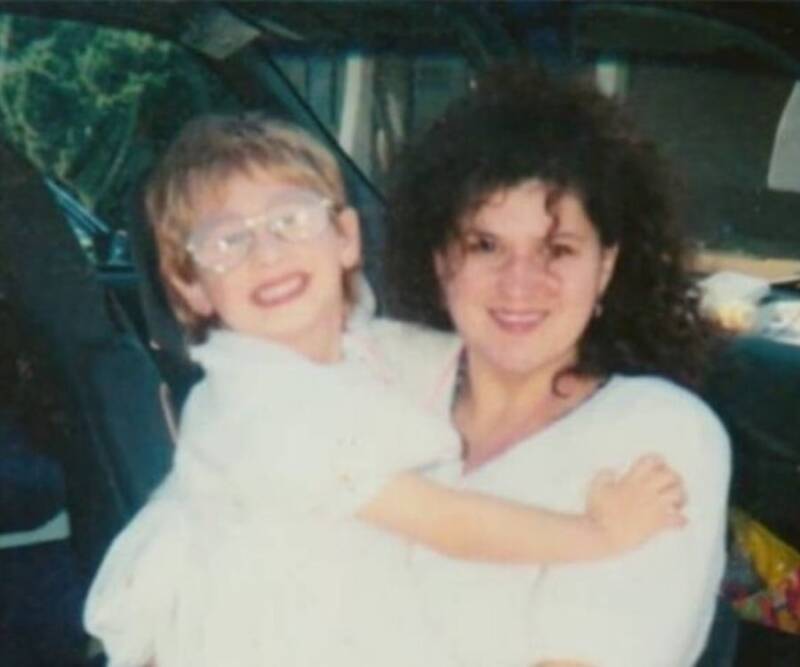 Gypsy Rose Blanchard was born on July 27, 1991, in Golden Meadow, Louisiana. Shortly before her birth, her mother Dee Dee Blanchard and Rod Blanchard had separated. Though Dee Dee described Rod as a deadbeat drug addict who had abandoned his daughter, Rod told a different story.

According to Rod, he was only 17 years old when 24-year-old Dee Dee became pregnant with Gypsy Rose. Though he initially wed Dee Dee after finding out about her pregnancy, he soon realized that he “got married for the wrong reasons.” Despite separating from Dee Dee, Rod remained in contact with her and Gypsy Rose and regularly sent them money.

From the beginning, Dee Dee portrayed herself as a model parent, a tireless single mom who would do anything for her child. She also appeared to be convinced that there was something terribly wrong with her daughter.

When Gypsy Rose was an infant, Dee Dee brought her to the hospital, convinced she had sleep apnea. Though there was no sign of the disease, Dee Dee remained convinced, eventually determining herself that Gypsy Rose had an unspecified chromosomal disorder. From then on, she watched her daughter like a hawk, fearing disaster could strike at any moment.

Then, when Gypsy Rose was around eight years old, she fell off of her grandfather’s motorcycle. Dee Dee took her to the hospital, where she was treated for a minor abrasion to her knee. But Dee Dee was unconvinced that her daughter was healed. She believed that Gypsy Rose would need several surgeries if she ever hoped to walk again. Until then, Dee Dee decided, Gypsy Rose would remain in a wheelchair as to not aggravate her knee further. 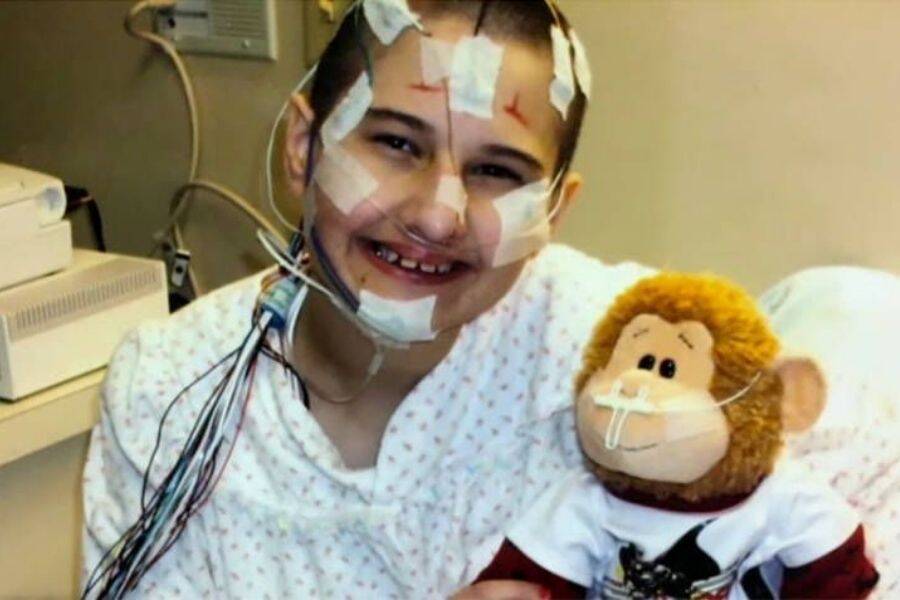 YouTubeGypsy Rose was admitted to countless hospitals and medical facilities at her mother’s request.

As Dee Dee’s family questioned Gypsy Rose’s condition, Dee Dee simply moved away from them to another town in Louisiana, which was closer to New Orleans. She found a run-down apartment and lived on the disability checks that she collected from Gypsy Rose’s supposed illnesses.

After taking Gypsy Rose to a hospital in New Orleans, Dee Dee claimed that on top of her chromosomal disorder and muscular dystrophy, her daughter now had problems with her vision and hearing. In addition, she claimed that the child had begun to suffer from seizures. While medical tests showed no signs of any of these ailments, doctors nonetheless prescribed anti-seizure medication and generic pain medication for Gypsy Rose.

In 2005, Hurricane Katrina forced Dee Dee and Gypsy Rose Blanchard to move north to Aurora, Missouri. There, the two became minor celebrities, acting as champions for the rights of disabled people and the sick.

Habitat for Humanity built them a house with a wheelchair ramp and a hot tub, and the Make-A-Wish Foundation sent them on trips to Disney World and gave them backstage passes to a Miranda Lambert concert.

But it wasn’t all fun and games. 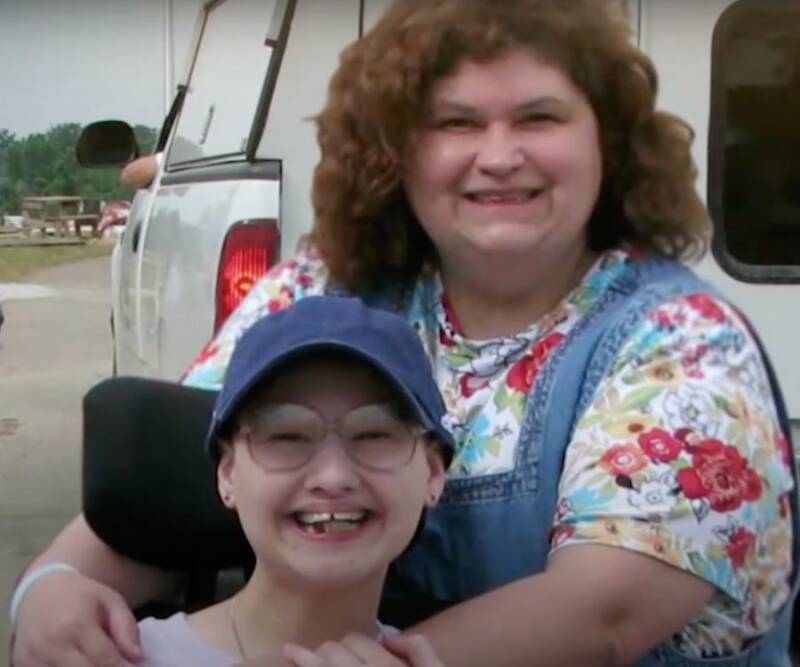 The press that Dee Dee and Gypsy Rose Blanchard received through the various foundations attracted the attention of doctors nationwide. Before long, specialists were reaching out to Dee Dee to see if there was anything they could do. One of these doctors, a pediatric neurologist from Springfield named Bernardo Flasterstein, offered to see Gypsy Rose at his clinic.

But while she was there, Flasterstein discovered something startling. Not only did Gypsy Rose not have muscular dystrophy — but she also didn’t have any of the other diseases that Dee Dee claimed she had.

“I don’t see any reason why she doesn’t walk,” he told Dee Dee. When Dee Dee brushed him off, he began to make calls to doctors in New Orleans. Though Dee Dee claimed the hurricane had washed away all of Gypsy Rose’s records, Flasterstein was able to find doctors whose records had survived.

After talking to them and confirming once again that Gypsy Rose was, for all intents and purposes, a healthy child, he began to suspect that Dee Dee was the one who was actually sick. It’s since been suggested that Dee Dee had Munchausen syndrome by proxy, a mental health disorder in which a caregiver creates fictitious illnesses for a person in their care.

Meanwhile, unbeknownst to Flasterstein, Gypsy Rose had also begun to suspect that there was something seriously wrong with her mother. 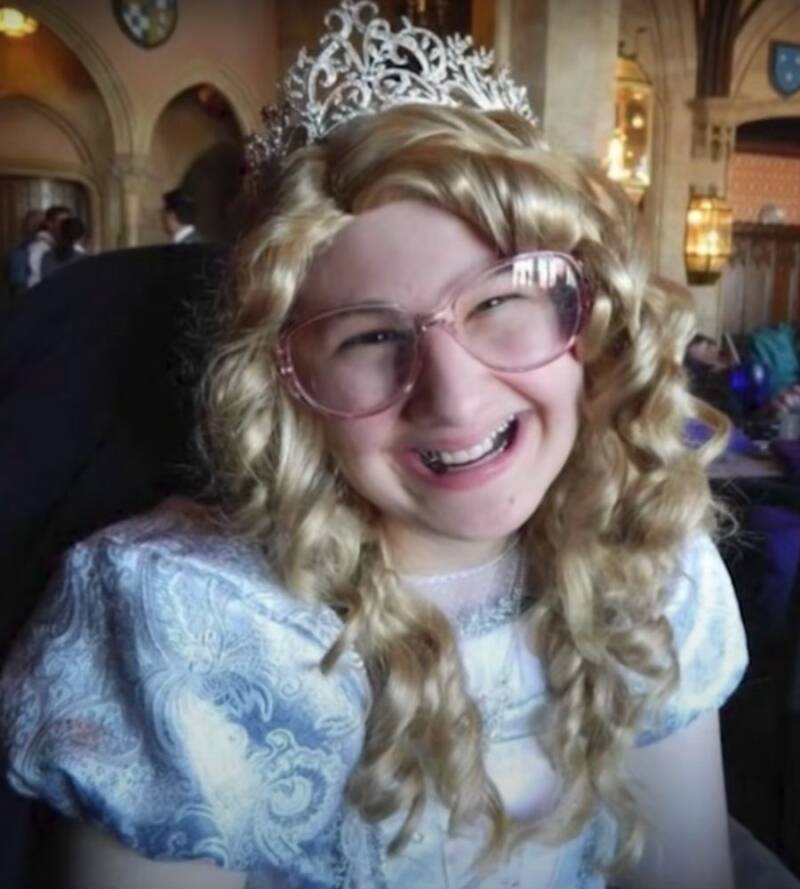 YouTubeGypsy Rose Blanchard on a trip to Disney World, which was sponsored by the Make-A-Wish Foundation.

In 2010, Dee Dee was telling everyone that Gypsy Rose was 14, but she was actually 19 years old. By then, she knew she wasn’t as sick as her mother claimed — as she was well aware that she could walk. And despite her minimal education (she didn’t go to school at all past the second grade), she had taught herself how to read thanks to the Harry Potter books.

Gypsy Rose had known for a while that something was off, and ever since then, she’d been attempting to escape from her mother. One night she even showed up at her neighbor’s door, standing on her own two feet, begging for a ride to a hospital. But Dee Dee quickly intervened and explained the whole thing away, a talent she had apparently perfected over the years.

Any time that Gypsy Rose began to stray, become independent, or suggest that she was anything but an innocent child suffering from a deadly illness, Dee Dee would explain that Gypsy Rose’s mind was addled by disease.

She’d say that she was mentally challenged, or that the drugs had made it impossible for her to know what she was talking about. Because of Dee Dee and Gypsy Rose’s lovable nature and their inspirational bond, people believed the lies. But by this point, Gypsy Rose was getting fed up. 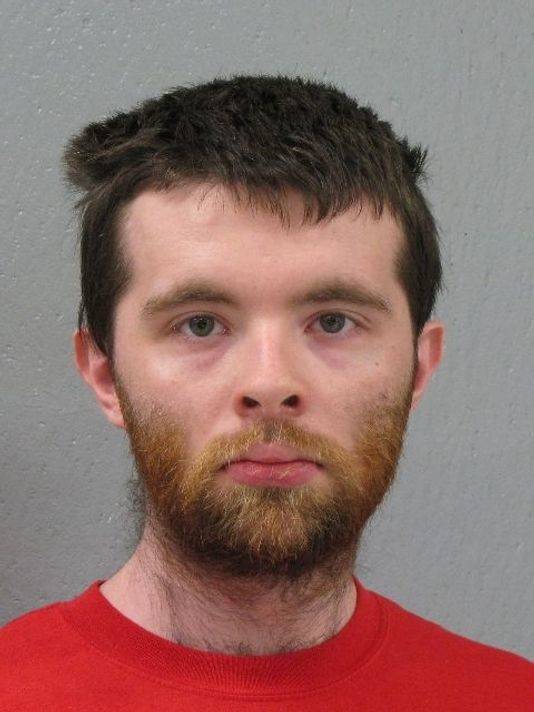 After the incident with the neighbor, Gypsy Rose began using the internet when Dee Dee went to bed to meet men in online chat rooms. Though her mother chained her to her bed and threatened to smash her fingers with a hammer when she found out about her online activities, Gypsy Rose continued to chat with the men, hoping one of them could save her.

Finally, in 2012, when she was about 21 years old, she met Nicholas Godejohn, a 23-year-old man from Wisconsin. Godejohn had a criminal record for indecent exposure and a history of mental illness, but that didn’t dissuade Gypsy Rose. A few months after meeting, Nicholas Godejohn came to visit Gypsy Rose, and while Dee Dee was on a rare solo outing, the two had sex. After that, they began to plan Dee Dee’s murder.

Gypsy Rose had been waiting for someone to save her, and Nicholas Godejohn seemed just the person to do it. Through Facebook messages, the two planned the demise of Dee Dee. Godejohn would wait until Dee Dee had gone to bed, and then Gypsy Rose would let him in so he could do the deed.

Then, one night in June 2015, it was done. While Dee Dee was sleeping in her bed, Nicholas Godejohn stabbed her 17 times in the back while Gypsy Rose listened in another room. Shortly after Dee Dee died, the couple fled to Godejohn’s home in Wisconsin, where they were arrested just days later.

Though many initially believed that Gypsy Rose had been kidnapped by the person who killed her mom, police quickly learned the truth thanks to the many clues that the couple had left behind. Most notably, Gypsy Rose had posted a bizarre message on Dee Dee’s Facebook page — “That B*tch is dead!” — which authorities quickly traced to Godejohn’s home.

Gypsy Rose Blanchard later revealed that she had posted the message because she wanted her mother’s body to be discovered. Although she certainly didn’t plan on being caught, her arrest eventually gave her the opportunity to finally share her real story with the world. And before long, the sympathy that had always followed Dee Dee shifted to Gypsy Rose. 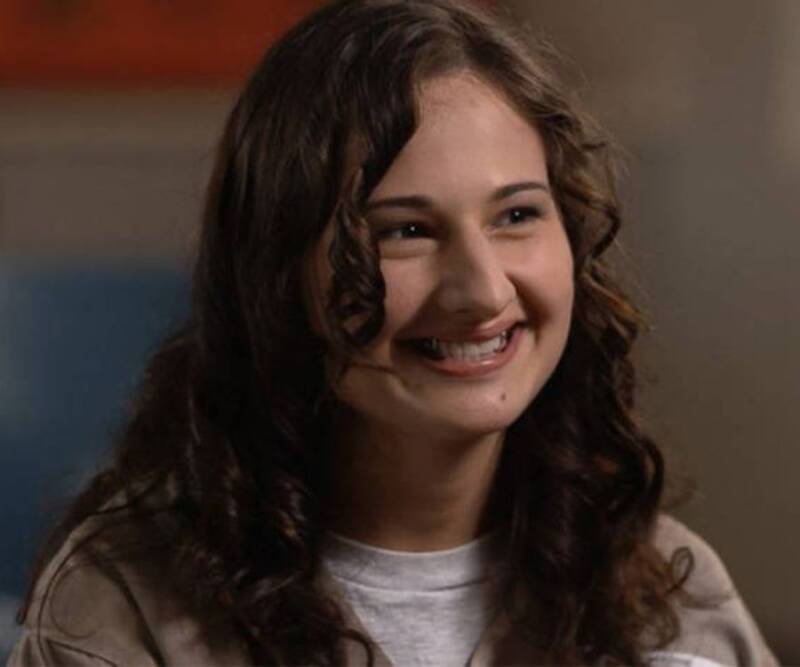 YouTubePresent-day Gypsy Rose in prison, where she says she feels “freer” than when she lived with her mother.

Those who had expressed sadness over Dee Dee’s death were now enraged that she could treat a child like that. Many were also shocked to hear that Gypsy Rose was in her 20s, as Dee Dee had significantly altered her appearance to make her look sicker and younger, shaving her hair ahead of “leukemia” treatments and apparently allowing her teeth to rot out.

Psychiatrists eventually labeled Gypsy Rose as a victim of child abuse. Not only had Dee Dee forced Gypsy Rose to fake illnesses, but she had also hit her, destroyed her personal property, restrained her to her bed, and sometimes even denied her food. Some experts later cited Munchausen syndrome by proxy as the root of Dee Dee’s behavior. But even though public opinion had shifted against Dee Dee, the issue of her murder still stood.

Eventually, Gypsy Rose confessed that she had asked Nicholas Godejohn to kill her mother in a desperate bid to escape her. Shortly thereafter, the murder of Dee Dee Blanchard — and the turbulent events leading up to it — would become fodder for true-crime television programming, including the Hulu series The Act and HBO’s Mommy Dead and Dearest.

As for the real Gypsy Rose Blanchard, she pleaded guilty to second-degree murder in 2016 and was ultimately sentenced to 10 years in prison. (Nicholas Godejohn was sentenced to life in prison for first-degree murder.) Gypsy Rose is currently serving her sentence at Chillicothe Correctional Center in Missouri, but she could be eligible for parole as early as 2023.

Meanwhile, Gypsy Rose has since researched her mother’s condition and has come to terms with the abuse she suffered. She is remorseful for the murder but maintains she is better off without Dee Dee.

“I feel like I’m freer in prison than living with my mom,” she said in 2018. “Because now, I’m allowed to just… live like a normal woman.”

After learning about Gypsy Rose Blanchard and the murder of her mother Dee Dee Blanchard, read about Elisabeth Fritzl, the girl who was kept as a captive in her basement for 24 years by her father. Then, discover the story of Dolly Osterreich, the woman who kept her secret lover hidden in her attic.