Despite having one husband and two boyfriends over the years, Dolly Oesterreich continued to keep her secret lover hidden in her attic. 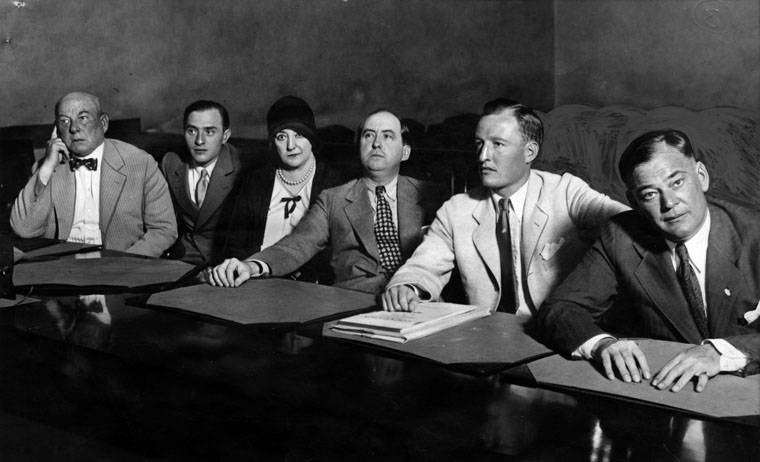 The 1920s murder and love-triangle that involved Dolly Oesterreich is strange and sordid even by today’s standards.

Walburga ‘Dolly’ Oesterreich was a housewife in her early thirties, married to the owner of a Milwaukee apron factory. Fred Oesterreich was successful and worked long hours. But, Dolly had needs, and Fred was either too busy or too drunk to meet them. 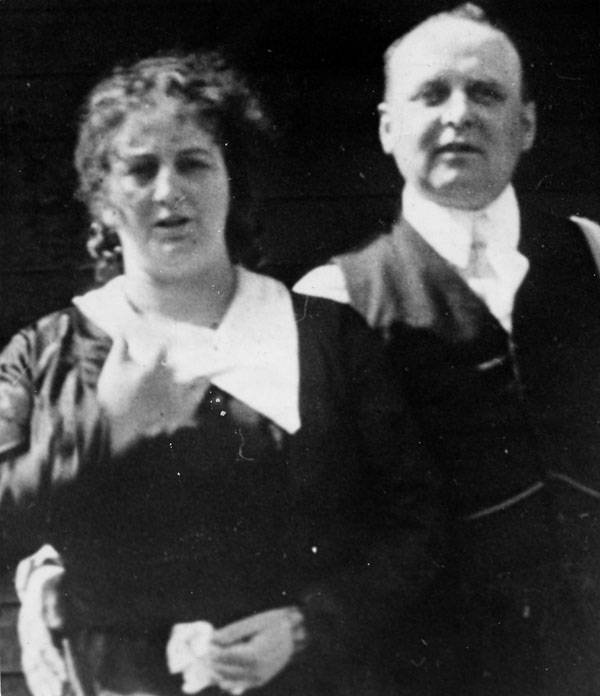 One warm autumn day in 1913, Dolly found that her sewing machine wasn’t working. She called Fred to vent her frustration, and he promised to send over a repairman. The young man that showed up to fix it was 17-year-old Otto Sanhuber.

Dolly must have figured that Fred would send Otto over because she knew the teenager worked for Fred at the factory. When Otto arrived he was met by the alluring Dolly, wearing only a robe and stockings. Thus began a bizarre affair that would last a decade.

At first, Dolly and Otto conducted their relationship in the usual secretive manner; meeting in hotels to continue their sexual relationship. After a while, meeting outside the home became burdensome, and the two began having sex in the Oesterreich’s bed. Soon, though, nosy neighbors began asking about the man who’d been hanging around. Dolly told them he was her “vagabond half-brother.”

After realizing they were drawing attention to themselves, Dolly decided that Otto should take up residence in the attic of the Oesterreich home. That way, he’d never be spotted coming or going. Otto quit his job at the factory, and having virtually no family, began to spend all his time (not spent with Dolly) in his hideaway within the house. 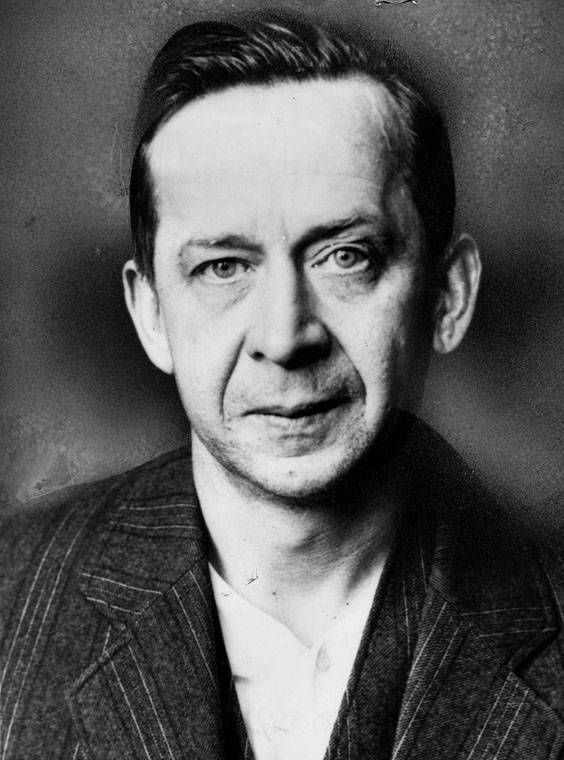 But this new arrangement meant that Otto couldn’t ever leave the attic, or prying eyes would notice. He remained sequestered there and worked on writing pulp fiction stories that he’d hoped to have published. The Los Angeles Times reported, “At night, he read mysteries by candlelight and wrote stories of adventure and lust. By day he made love to Dolly Oesterreich, helped her keep house and made bathtub gin.”

For five years, Dolly and Otto carried on this odd relationship, with Otto living in the cramped attic. So when Fred informed Dolly in 1918 that he thought they should sell the house and move to Los Angeles, things could have gotten complicated.

Instead, Dolly found a house overlooking Sunset Boulevard with an attic and sent Otto there early, so he’d be waiting for her when she arrived. 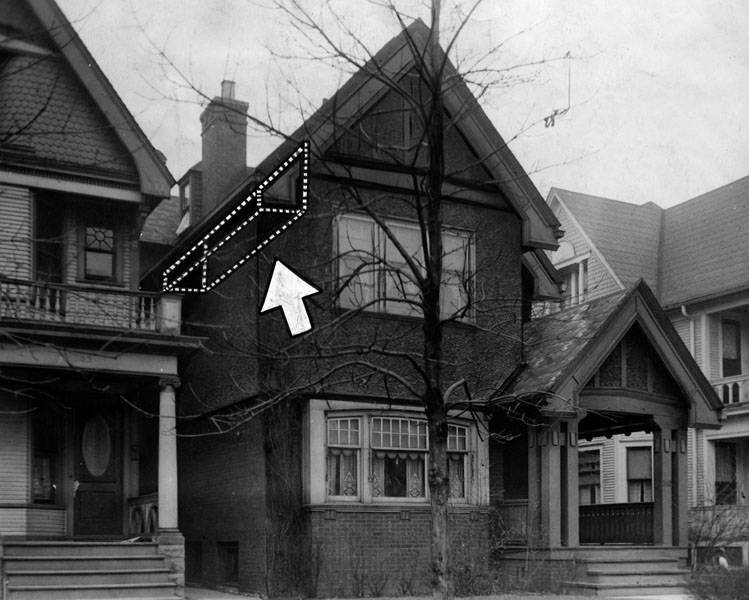 The hidden attic in Dolly Oesterreich’s house where Sanhuber stayed out of sight.

And life continued on, in the exact same way it had been for four more years until August 22, 1922, when Otto overheard Dolly and Fred fighting from his attic abode. He burst into the room where the Oesterreichs were quarreling. He was brandishing two pistols. Fred recognized Otto from the factory and became exceedingly angry. The two men struggled, and the guns went off.

Fred was shot, and Otto and Dolly panicked. Otto locked Dolly in a closet from the outside, taking the key and the guns with him to the attic. He knew neighbors would report the gunshots, and this way, Dolly would have an alibi: she couldn’t have shot her husband while locked away.

When the police arrived, Dolly indeed told them of a burglary where the robber shot Fred, took some expensive belongings, and then locked her in a closet before fleeing. The police were somewhat wary of the story, but couldn’t prove that it wasn’t true, so they released her. 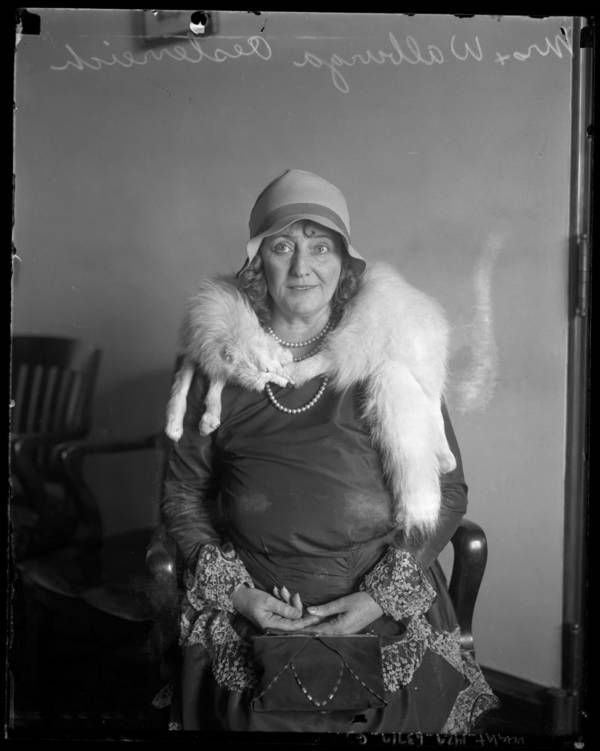 Now that Dolly Oesterreich was a widow, she moved into a new house and continued on with her life. One would assume that she and Otto could eventually bring their relationship into the open, allowing Otto to have a normal life. But instead, when Dolly moved, her voluntary, live-in sex slave took up residence in her attic. Again.

Otto Sanhuber had managed to get a few pulp stories published, and with this money (plus a few nickels and dimes here and there from Dolly) purchased a typewriter to keep writing. All while Dolly managed to get herself a new lover – lawyer Herman S. Shapiro.

But, like Dolly’s first husband, Shapiro spent long hours away due to his profession. Enter Roy Klumb, another lover to keep Dolly occupied – though her use of Klumb might have been to help her get rid of the guns used to shoot Fred. Dolly persuaded him to ditch a gun for her, saying it resembled the burglar’s gun and she didn’t want to get in trouble. Klumb tossed it in the LaBrea tar pits. She then sweet-talked a neighbor into burying the other gun in his yard.

So when Dolly eventually broke up with Klumb a while later, he went to the police with the story. The gun was pulled from the tar pits, and Dolly was taken into custody. Her neighbor dug up the other gun and took it to the cops, but neither weapon could be tied to Dolly because the guns had corroded. 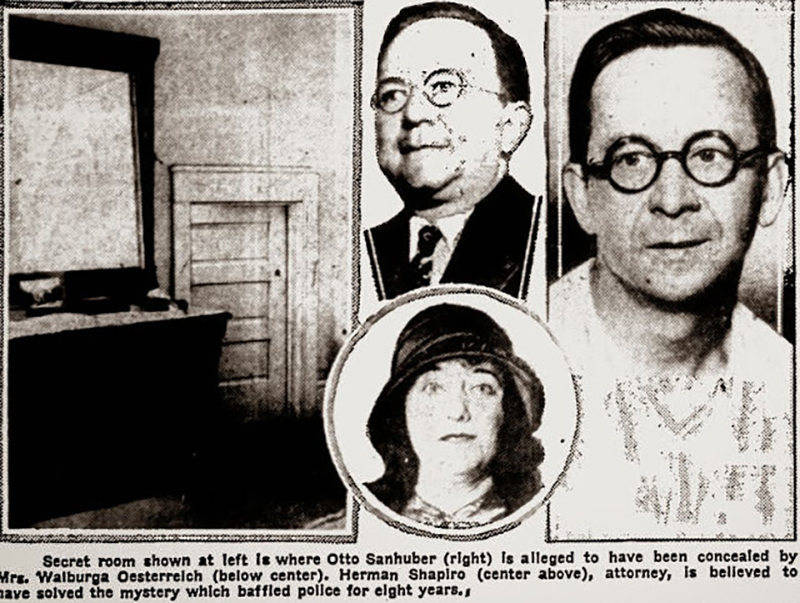 Public DomainA news clipping from the time of the trial of Dolly Oesterreich.

With Dolly awaiting trial in jail, she pleaded with Shapiro to “buy groceries for Sanhuber and to tap on the ceiling of the bedroom closet to let him know he should come out.” She also tried to tell Shapiro that the attic-bound Sanhuber was her vagabond brother. But starved for conversation with another male, Sanhuber spilled the truth to Shapiro about the nature of his and Dolly’s relationship.

Shapiro essentially told Sanhuber to get lost and got Dolly released on bail. Apparently, the fact that she had kept a man in the attic was not a deal-breaker, as the lawyer promptly moved in with her. All charges against Dolly Oesterreich were dropped.

That is, until seven years later when things became irreparable between Dolly and Shapiro. He moved out and told the police what he’d gathered of the crime against Fred Oesterreich. Warrants were (again) issued for Dolly and this time Sanhuber as well. A jury found Sanhuber guilty of manslaughter even after his defense stated that Dolly had enslaved him. 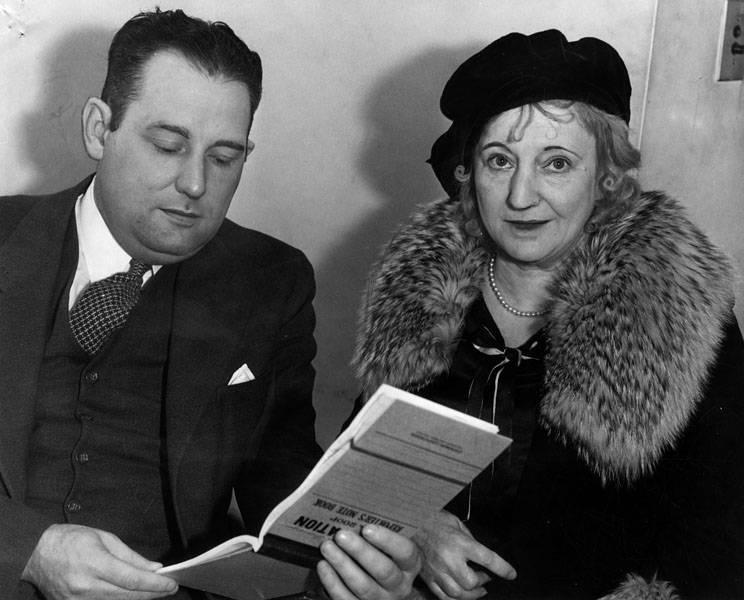 The trial became known as the ‘Bat-man’ case since Sanhuber had been kept in a secluded, cave-like attic. Nevertheless, the statute of limitations on the manslaughter had run out; Sanhuber was a free man.

Dolly Oesterreich went to trial on a conspiracy charge but also walked free after a hung jury. The indictment was eventually dropped in 1936. She died in 1961 at age 80, hopefully having learned a thing or two about relationships.

Next, read about these 5 vintage Hollywood scandals that rocked Tinseltown, and see if you can crack the unsolved mystery of the murder in room 1046.