Two of the pendants were uncovered in rooms where prisoners were forced to undress before being led into the gas chambers while the third was found near a mass grave. 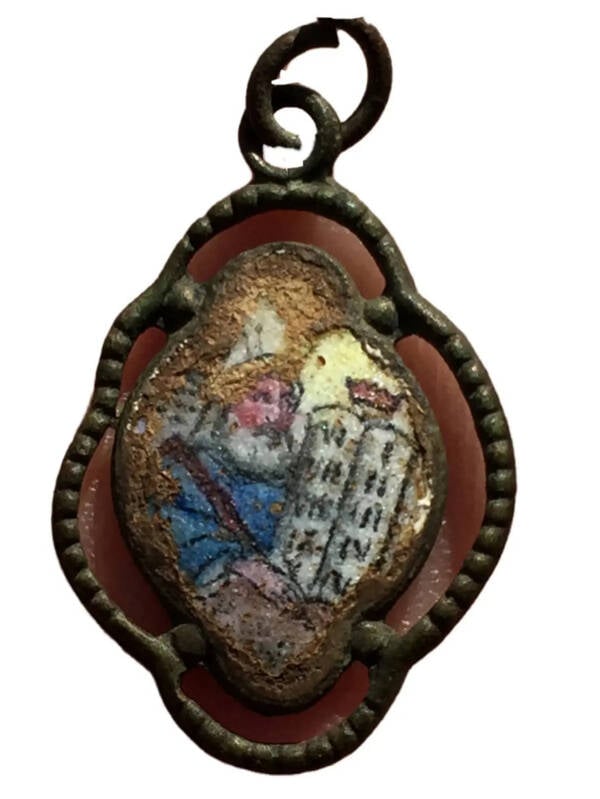 In 1942, senior government officials from Nazi Germany met in Berlin to discuss the “Jewish question.” The Wannsee Conference concluded with a “Final Solution” to exterminate over two million Jews across Poland and build death camps like Sobibor — where researchers have just uncovered three heartbreaking artifacts.

Coinciding with Holocaust Remembrance Day, the Israel Antiquities Authority (IAA) announced the discovery of three amulets that bear the Hebrew prayer Shema Yisrael (“Hear O Israel”) on the front. While two depict Moses carrying the Ten Commandments on the back, the third amulet had seen the Moses image fade away over time.

According to The Times of Israel, the research team has since concluded that these personal belongings originated in Eastern Europe and that each of them was handmade. Their owners would have carried the pendants with them as they traveled to the camp.

“The personal and human aspect of the discovery of these pendants is chilling,” said Eli Eskozido, director of the IAA. “They represent a thread running between generations of Jews — actually a thick thread, thousands of years old, of prayer and faith.” 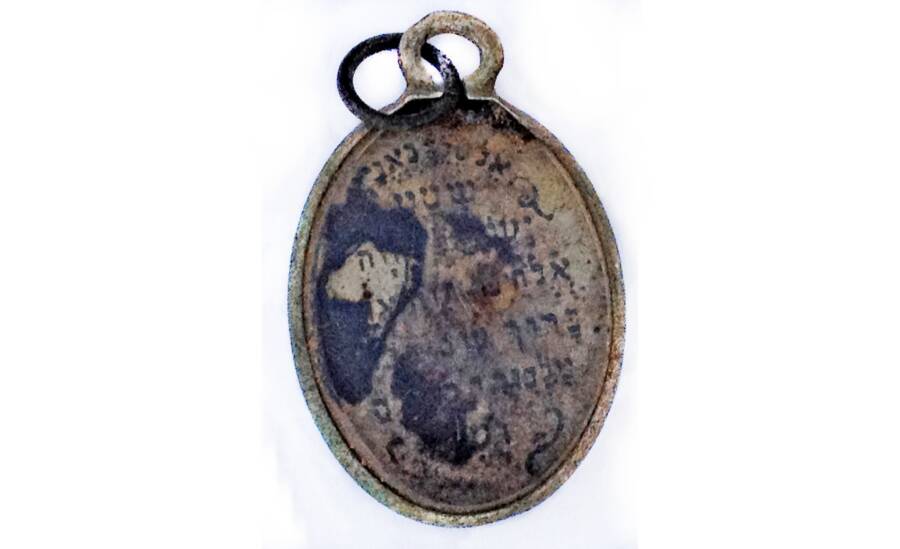 According to Haaretz, excavations at the former death camp have now been ongoing for 10 years. Led by IAA’s Yoram Haimi, Poland’s Wojciech Mazurek, and Holland’s Ivar Schute, experts have found invaluable relics like victim’s identification cards in the past — while the three pendants are the current focus of the day.

“Little is known about the stories behind the pendants, which are heartbreaking,” said Haimi.

Archaeologists found one of the pendants on the floor of a room where female prisoners undressed before being forced into the Sobibor gas chamber alongside dozens of pieces of jewelry and hairpins. Another pendant was found at a similar undressing station at Camp II, while the third was unearthed near a mass grave.

“It has been possible to identify a kind of tradition or fashion among the Jewish communities of Eastern Europe with pendants that were inscribed with ‘Shema Yisrael’ on one side and a depiction of Moses and the tablets of the Law on the opposite side,” Haimi said.

“But were they distributed in synagogues by local Jewish communities or possibly produced for individual orders? Research of the pendants is ongoing and we invite the public to provide us with details concerning them.”

Researchers determined that one of the pendants came from Lviv in Ukraine, while the other two originated in Poland and Czechoslovakia. 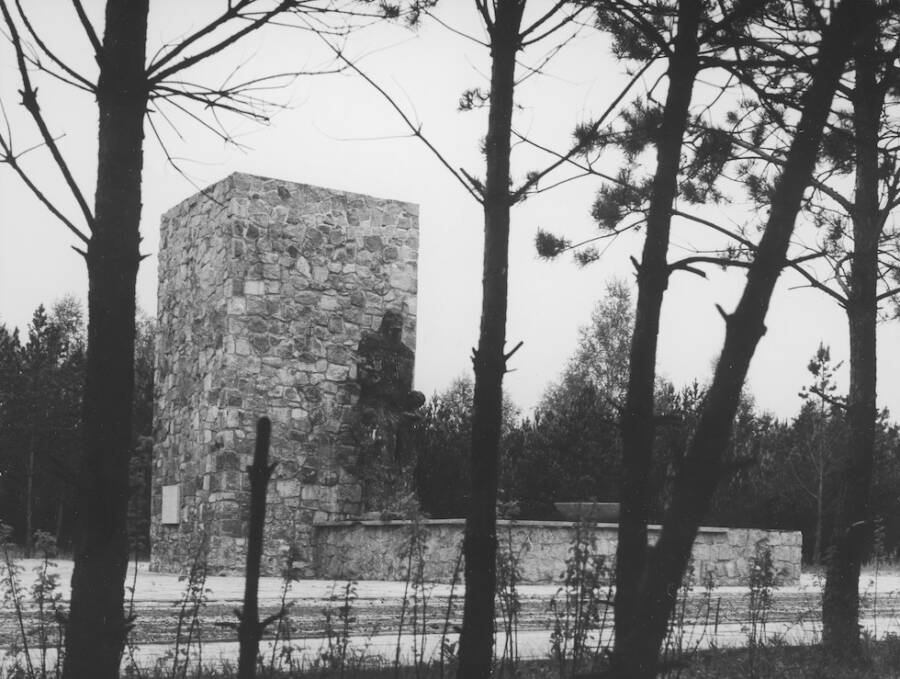 The Sobibor extermination camp was established in March 1942 and held a majority Polish, Dutch, and Slovakian population of Jews. It is estimated that the Nazis killed 250,000 Jews at the camp between April 1942 and October 1943.

While Adolf Hitler and his second-in-command, Heinrich Himmler, had vocalized the “Jewish question” many times prior, the Wannsee Conference on Jan. 20, 1942, proposed to definitively answer it. Convened by senior Nazi official Reinhard Heydrich, the meeting outside Berlin focused on expediting Jewish relocation.

While 537,000 Jews had already been removed from Nazi Germany by October 1941, senior officials met to determine the fate of those who remained. Their solution would begin with Poland’s 2.2 million Jews — and required new facilities to succeed. 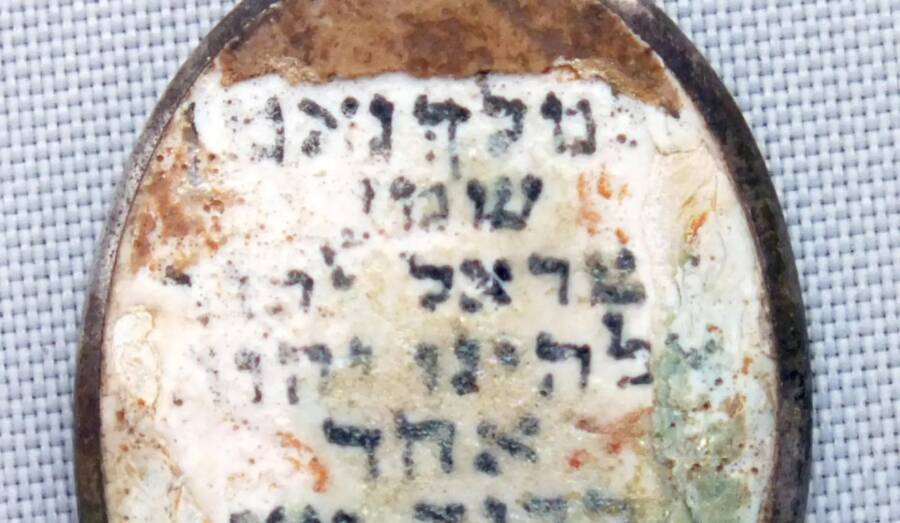 In October 1943, a dozen inmates led an armed revolt that soon swelled to nearly 300. A full half of the prisoners held at Sobibor managed to escape. Desperate to destroy all evidence of their doings, the Nazis burned the camp to the ground.

It wasn’t until the 1990s that excavations at the site began in earnest. And in recent years, archaeologists have revealed several chilling discoveries, including womens’ jewelry, prisoner identification tags, and even a pendant with ties to Anne Frank.

Today, the site is home to a local museum displaying its relics and the inherited tragedy of countless families.

After reading about the pendants discovered at the Sobibor extermination camp, learn about Semion Rosenfeld and the 1943 Sobibor Uprising. Then, read about the Sylt concentration camp built on British soil.