Dena Schlosser: The Texas Mom Who Killed Her Baby Because God Told Her To

Dena Schlosser of Plano, Texas chopped off her daughter Margaret's arms with a kitchen knife on November 22, 2004, while suffering from postpartum psychosis. 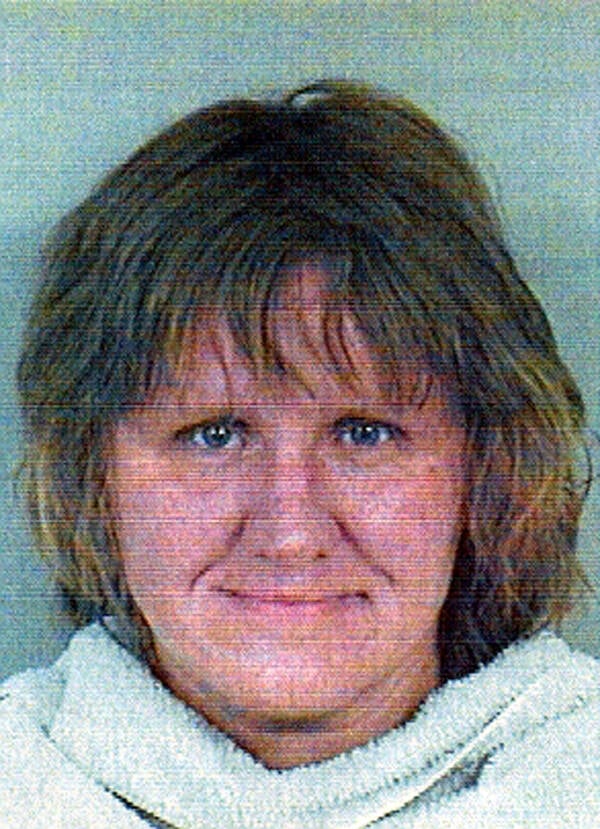 Dena Schlosser overcame tremendous odds from childhood to lead a normal life. But a deadly combination of postpartum depression and religious fervor would end her dream of normalcy in a single horrifying moment.

In November 2004, Schlosser took a kitchen knife and cut off the arms of her 11-month-old daughter, Margaret Schlosser. The infant later died from her injuries, and her mother was charged with murder.

And that was just the beginning of what would turn out to be a case full of shocking twists and turns.

Born in 1969 in upstate New York, Dena Leitner suffered trauma at an early age. When she was 8 years old, she was diagnosed with hydrocephalus, a disease that comes from excess cerebrospinal fluid building up in the brain. If left untreated, hydrocephalus can interfere with brain function, and eventually lead to death.

In total, Leitner underwent eight surgeries to implant shunts into her brain, heart, and abdomen before she was 13 years old. Although she survived the surgeries without any major injuries, the surgeries required Leitner to shave her head, which led to merciless bullying from her classmates.

Nevertheless, she persisted and went on to study at Marist College, where she ultimately earned her bachelor’s degree in psychology. While at Marist, she met John Schlosser, who ultimately took his future in-laws’ tuition money, skipped school, and never earned a degree.

Inauspicious start aside, John and Dena Schlosser eventually wed, had two daughters, and moved to Fort Worth, Texas, where John began a thriving business in the fledgling computer science industry. However, things were far from idyllic for the couple. John refused to allow Dena to go to work, and they eventually began attending a fundamentalist church called the Water of Life run by a man named Doyle Davidson, a veterinarian-turned-preacher who claimed that God spoke to him in visions.

But as the couple began getting more involved in the Water of Life, things took a turn for the worse in their home life.

The Horrifying Murder Of Margaret Schlosser

John and Dena Schlosser were enjoying a relatively normal life before they began attending the Water of Life Church. Because John was desperate to get a better paying job, he quit his lucrative position to begin “consulting.” The gigs quickly began drying up, and the couple could no longer afford to keep their home in Fort Worth. After their home went into foreclosure, the couple packed up their small family and moved 120 miles away to Plano, Texas, to be closer to the church.

To make matters worse, Dena Schlosser had suffered three miscarriages prior to having her two children, and the birth of Margaret in 2003 sent her into a deep postpartum depression. Published reports later revealed that the day after Margaret was born, Dena attempted suicide. She was then hospitalized in a psychiatric ward, where she was diagnosed with bipolar disorder with psychotic features.

The year before, Dena was investigated by Texas Child Protective Services (CPS) after she’d had a psychotic episode, and she was ordered not to be alone with her children. But John Schlosser refused to get her any sort of psychological help, claiming that the church teachings forbade it. The night before the murder, John Schlosser beat his wife viciously with a wooden spoon in front of their children after she claimed that she “wanted to give her child to Doyle.”

On Nov. 22, 2004, Schlosser claimed, she saw a news story about a lion mauling a young boy and took it as a sign of the impending apocalypse. She then claimed she heard God’s voice command her to cut off Margaret’s arms, and then her own, in tribute.

“She felt she was basically commanded, in essence, to cut [Margaret Schlosser’s] arms off and her own arms off, and her legs and her head, and in some way to give them to God,” said David Self, a psychiatrist who evaluated Schlosser in the months after her arrest, and who eventually determined she’d suffered from postpartum psychosis.

Shortly after she’d committed the crime, police found Dena Schlosser in her living room, covered in blood, a deep gash in her shoulder and her baby’s arms severed. As they led her away, Schlosser was humming a Christian hymn and saying, “Thank you, Jesus. Thank you, Lord.”

Dena Schlosser Is Found Not Guilty By Reason Of Insanity

During the Dena Schlosser trial, things only got stranger. Doyle Davidson testified at the trial and claimed that he felt all mental illness was “Satanic” in nature. For that reason, he said, his devoted followers — including the Schlossers — were discouraged from taking anti-psychotic medication to counteract the symptoms of their illness.

“I do not believe that any mental illness exists other than demons, and no medication can straighten it out, other than the power of God,” he said on the stand.

What’s more, it was revealed that Dena Schlosser was on anti-psychotic medication for years prior to attending the Water of Life Church, but was quickly taken off the drugs by her husband when they started getting more involved in the church.

Subsequently, John Schlosser filed for divorce from Dena, and filed for — and ultimately obtained — custody of their surviving daughters, who were unharmed in the attack. However, before he could regain custody, John Schlosser had to commit to allowing a family member to live in the home with him and the children, as the Texas CPS felt that he didn’t do enough to protect his children from his clearly disturbed wife. As part of their divorce agreement, Dena Schlosser was prohibited from having contact with John or their daughters again.

Dena Schlosser was found not guilty by reason of insanity, and she was immediately committed to a psychiatric facility. While in the facility, she befriended none other than Andrea Yates — the Texas woman who murdered her five children — and they struck up a friendship.

“She is almost my identical personality,” said Dena Schlosser. “I think we’ll be friends forever. I’ve only known her for a short period of time, but I believe the feeling is mutual. She probably thinks that same thing.”

In 2008, Dena Schlosser was released to an outpatient facility. She was ordered to be on birth control, take her antipsychotic medications, see a therapist, and not have any unsupervised contact with children. However, she was recommitted to an in-patient facility in 2010, after neighbors found her wandering around in the early hours of the morning, dazed and confused.

In 2012, Dena Schlosser — using her maiden name, Dena Leitner — was discovered working at a Walmart in Plano, Texas. When the news media discovered her whereabouts, it became a sensation. Within hours of the report airing, she was fired.

As of December 2020, Dena Schlosser was ordered to remain committed to a state hospital. Judge Andrea Thompson confirmed that she has “religious delusions” when she’s not on anti-psychotic medication and that it’s better for all involved if she remains in the state of Texas’s round-the-clock care.

Now that you’ve read all about the horrifying true story of Dena Schlosser, read all about Leonarda Cianciulli, an Italian serial killer who turned her victims into soap and pastries. Then, read all about Mary Bell, a 10-year-old girl who killed two little boys in cold blood — and never explained why.