Inside The Vicious Crimes Of Child Murderer Mary Bell

Serial killer Mary Bell was 11 years old when she was sentenced to life in prison for killing two toddlers in 1968 — but she now lives in anonymity after being freed just 12 years later.

Mary Bell was 23 years old when she was released from prison after serving a 12-year sentence for killing two little boys in 1968.

Bell was only 10 when she strangled her first four-year-old victim and left haunting confession notes for his family. Two months later, she mutilated a three-year-old boy.

Pain and death were Bell’s companions almost from the moment of her birth, leading her throughout her destructive childhood. This is her disturbing story.

The Making Of Child-Killer Mary Bell 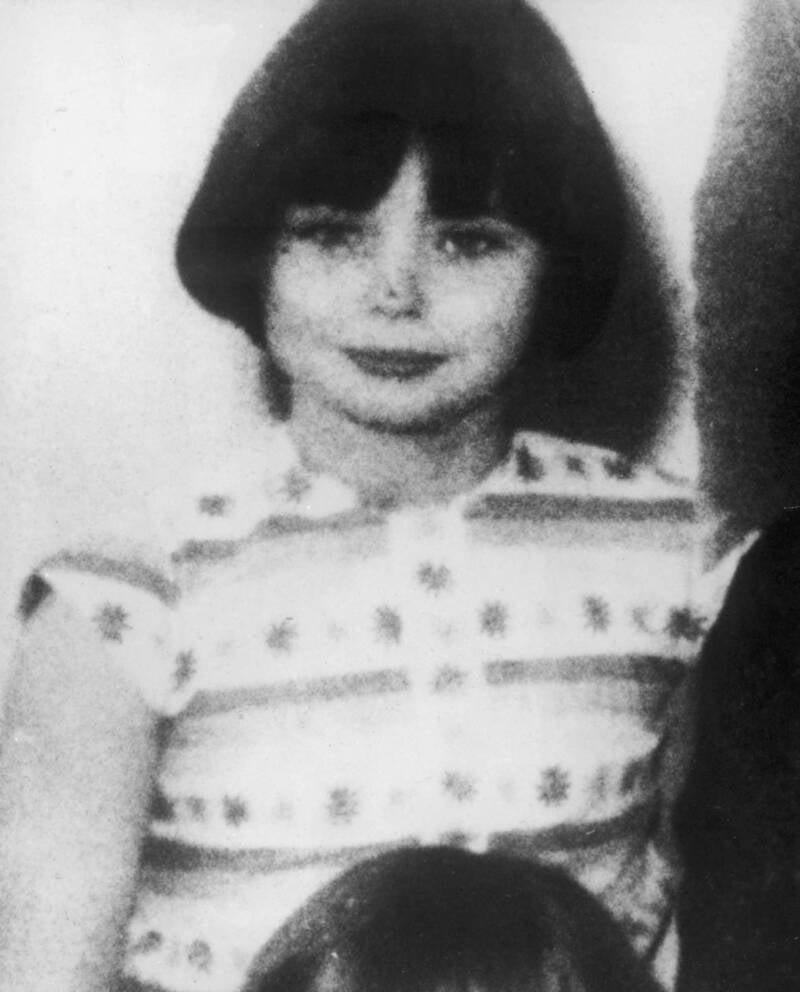 Mary Bell was born on May 26, 1957, to Betty McCrickett, a 16-year-old sex worker who reportedly told doctors to “take that thing away from me” when she saw her daughter.

Things went downhill from there. McCrickett was often away from home on “business” trips to Glasgow — but her absences were periods of respite for the young Mary, who was subject to mental and physical abuse when her mother was present.

McCrickett’s sister witnessed her trying to give Mary away to a woman who had been unsuccessfully trying to adopt; the sister quickly recovered Mary herself. Mary was also strangely accident-prone; she once “fell” from a window, and she “accidentally” overdosed on sleeping pills on another occasion.

Some attribute the accidents to Betty’s determination to rid herself of an encumbrance, while others see the symptoms of Munchausen syndrome by proxy; Betty longed for the attention and sympathy her daughter’s accidents brought her.

According to later accounts given by Mary herself, her mother began to use her for sex work when she was just four years old — though this remains uncorroborated by family members. They did know, however, that Mary’s young life had already been marked by loss: she had seen her five-year-old friend run over and killed by a bus.

Given all that had happened, it did not surprise them that by age 10, Mary had become a strange child, withdrawn and manipulative, always hovering on the edge of violence.

But there was a lot they didn’t know. 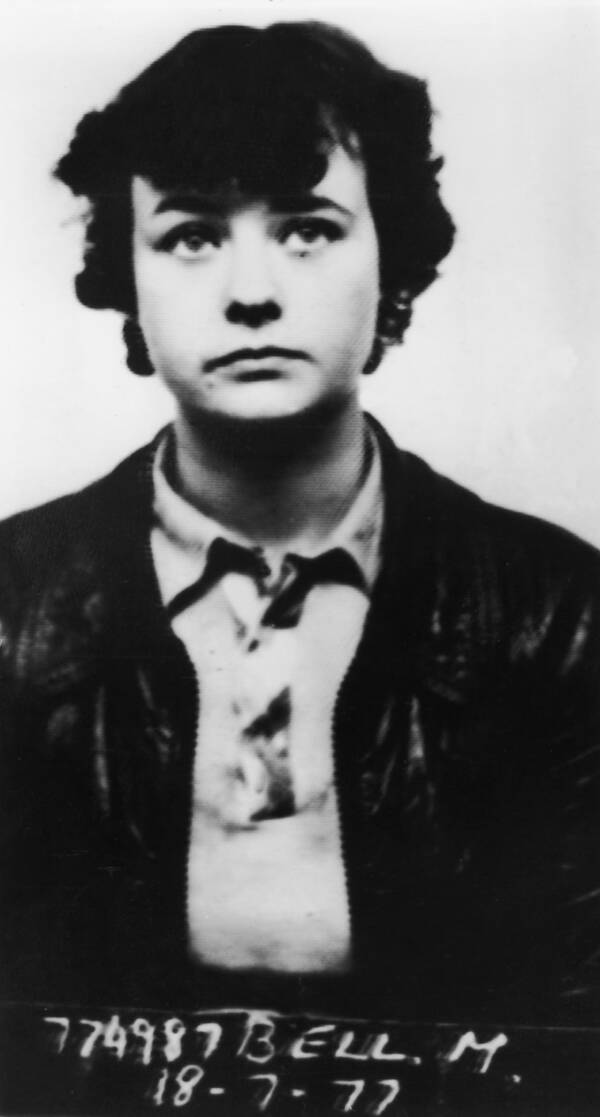 Evening Standard/Hulton Archive/Getty ImagesMary Flora Bell, pictured nearly 10 years after she was sentenced to life imprisonment for the murder of Martin Brown and Brian Howe.

For weeks before her first murder, Mary Bell had been acting strangely. On May 11, 1968, Mary had been playing with a three-year-old boy when he was badly injured in a fall from the top of an air-raid shelter; his parents thought it was an accident.

The following day, three mothers came forward to tell police that Mary had attempted to choke their young daughters. A brief police interview and a lecture resulted — but no charges were filed.

Then on May 25, the day before she turned 11, Mary Bell strangled four-year-old Martin Brown to death in an abandoned house in Scotswood, England. She left the scene and returned with a friend, Norma Bell (no relation), to find they’d been beaten there by two local boys who had been playing in the house and stumbled upon the body.

Police were mystified. Besides a bit of blood and saliva on the victim’s face, there were no apparent signs of violence. There was, however, an empty bottle of painkillers on the floor near the body. Without further clues, police assumed Martin Brown had swallowed the pills. They ruled his death an accident.

Then, days after Martin’s death, Mary Bell appeared on the Browns’ doorstep and asked to see him. His mother gently explained that Martin was dead, but Mary said she already knew that; she wanted to see his body in the coffin. Martin’s mother slammed the door in her face.

Shortly after, Mary and her friend Norma broke into a nursery school and vandalized it with notes taking responsibility for Martin Brown’s death and promising to kill again. Police assumed the notes were a morbid prank. For the nursery school, this was just the latest and most disturbing in a series of break-ins; they wearily installed an alarm system. 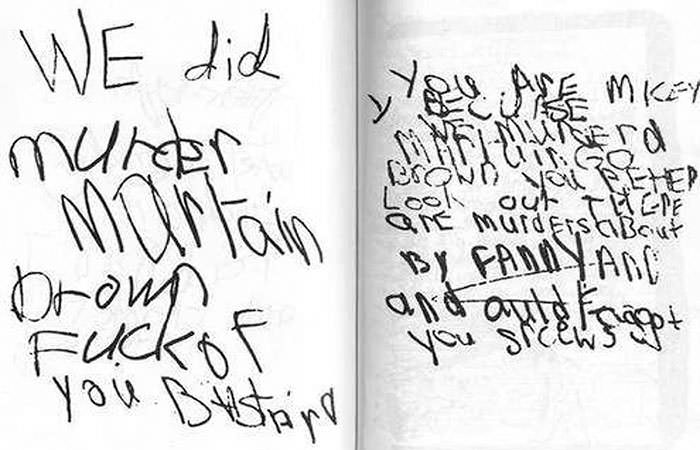 Several nights later, both Mary and Norma were caught at the school — but as they were simply loitering outside when the police arrived, they were let off the hook.

In the meantime, Mary was telling her fellow classmates that she had killed Martin Brown. Her reputation as a show-off and a liar prevented anyone from taking her claims seriously. That is, until another young boy turned up dead. 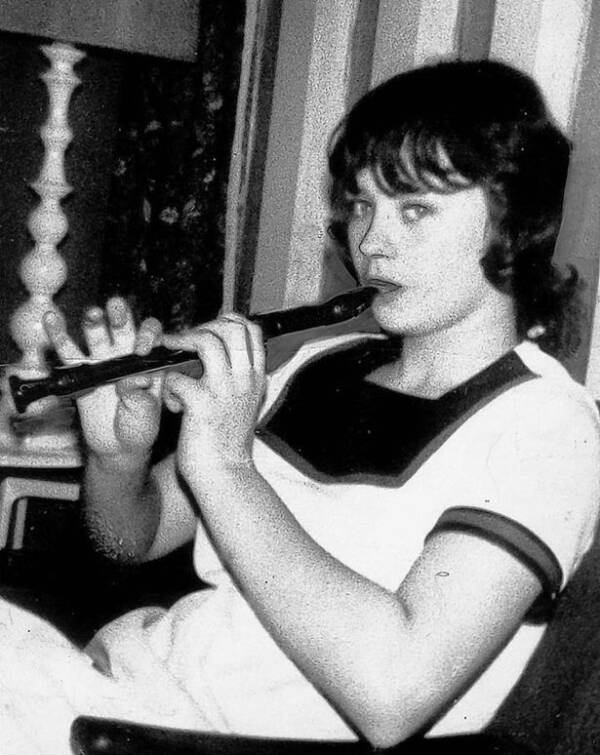 Public DomainBefore she was caught, Bell was referred to in the press as “The Tyneside Strangler.”

On July 31, two months after the first murder, Mary Bell and her friend Norma killed three-year-old Brian Howe by strangulation. This time, Bell mutilated the body with scissors, scratching his thighs and butchering his penis.

When Brian’s sister went looking for him, Mary and Norma offered to help; they searched the neighborhood, and Mary even pointed out the concrete blocks that hid his body. But Norma said he wouldn’t be there, and Brian’s sister moved on.

When Brian’s body was finally found, the neighborhood panicked: two little boys were now dead. Police interviewed local children, hoping someone had seen something that would lead to a suspect.

They were shocked when the coroner’s report returned: as Brian’s blood had cooled, new marks appeared on his chest — someone had used a razor blade to scratch the letter “M” onto his torso. And there was another disturbing note: the lack of force in the attack suggested Brian’s killer might have been a child.

Mary and Norma did a poor job of disguising their interest in the investigation in their interviews with the police. Norma was excited and Mary evasive, especially when police pointed out that she had been seen with Brian Howe on the day of his death.

On the day of Brian’s burial, Mary was spotted lurking outside his house; she even laughed and rubbed her hands together when she saw his coffin.

They called her back for a second interview, and Mary, perhaps sensing investigators were closing in, made up a story about having seen an eight-year-old boy hit Brian on the day he died. The boy, she said, had been carrying a pair of broken scissors.

That was Mary Bell’s big mistake: the mutilation of the body with scissors had been kept from the press and the public. It was a detail known only to investigators and one other person: Brian’s murderer.

Both Norma and Mary broke down under further questioning. Norma began cooperating with police and implicated Mary, who herself admitted to being present during Brian Howe’s murder but tried to place the blame on Norma. Both girls were charged, and a trial date was set.

The Trial of 11-Year-Old Mary Bell And Norma Bell 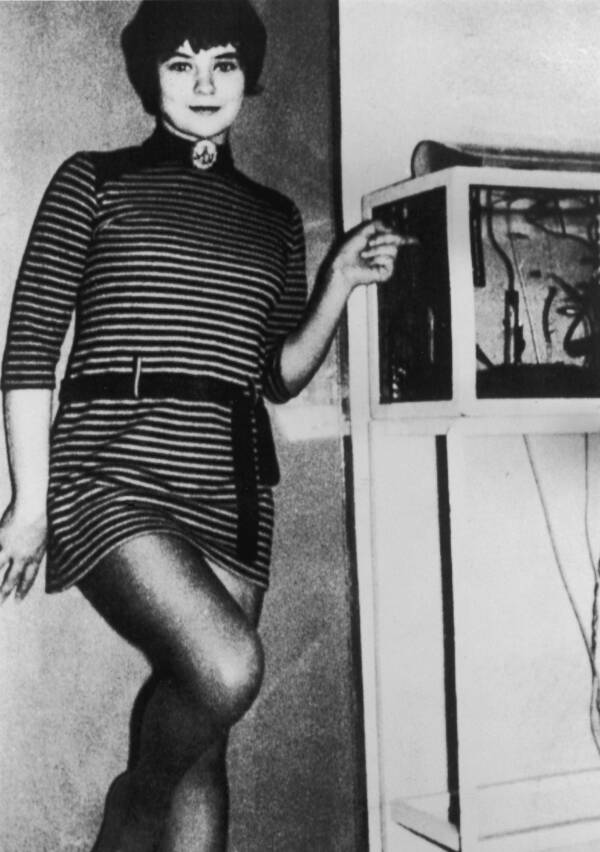 At the trial, the prosecutor told the court that Bell’s reason for committing the murders was “solely for the pleasure and excitement of killing.” Meanwhile, the British press referred to the child murderer as “evil born.”

The jury agreed that Mary Bell had committed the murders and handed down a guilty verdict in December. Manslaughter, not murder, was the conviction, as court psychiatrists had convinced the jury that Mary Bell showed “classic symptoms of psychopathy” and could not be held fully responsible for her actions.

Norma Bell was regarded as an unwilling accomplice who had fallen under a bad influence. She was acquitted.

The judge concluded that Mary was a dangerous person and a serious threat to other children. She was sentenced to be imprisoned “at Her Majesty’s pleasure,” a British legal term that denotes an indeterminate sentence.

Apparently, the powers that be were impressed with Bell’s treatment and rehabilitation after 12 years, and they let her out in 1980. She was released on license, which meant that she was technically still serving her sentence but was able to do so while living in the community under strict probation.

Mary Bell was given a new identity to provide her with a chance at a new life and protect her from tabloid attention. Even still, she was forced to move several times to escape hounding by tabloids, newspapers, and the general public, which somehow always found ways of tracking her down.

Things grew worse for Bell after she had her daughter in 1984. Bell’s daughter didn’t know about her mother’s crimes until she was 14 and a tabloid paper found Bell’s common-law husband to track them both down.

Soon, a slew of journalists surrounded her house and camped out in front of it. The family had to escape their home with bedsheets over their heads.

Today, Bell is in protective custody at a secret address. Both she and her daughter remain anonymous and are protected under court order.

Some feel she doesn’t deserve the protection. June Richardson, the mother of Martin Brown, told the media, “It’s all about her and how she has to be protected. As victims we are not given the same rights as killers.”

Indeed, Mary Bell remains protected by the British government today, and court rulings protecting the identities of certain convicts are even unofficially referred to as “Mary Bell orders.”

After learning about Mary Bell and the gruesome murders she committed as a child, read the story of the teenage serial killer Harvey Robinson. Then, have a look at some of the most chilling serial killer quotes.