The Story Of Joanna Dennehy, The Sadistic Serial Killer Who Butchered Three Men ‘For Fun’

During a 10-day spree in March 2013, Joanna Dennehy killed two of her roommates and her landlord before attempting to butcher two more men she randomly encountered walking their dogs. 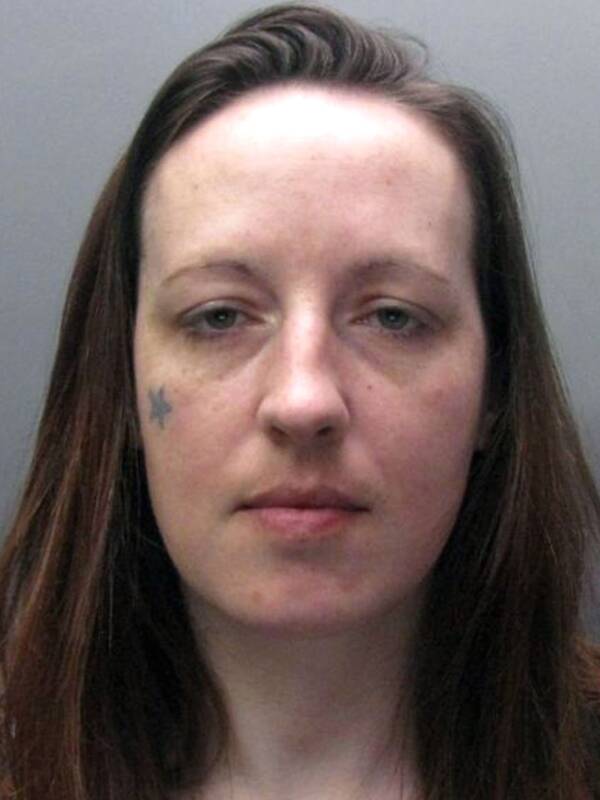 Joanna Dennehy killed because she liked how it felt. Over 10 days in March 2013, Dennehy murdered three men in England in what came to be known as the Peterborough Ditch Murders.

Her overall goal was to — along with her accomplice Gary Richards — murder nine men in total, to be like the infamous duo Bonnie and Clyde. Although she attempted to kill two more men, she failed and fell way short of her intended number.

Police arrested Dennehy mere days after they uncovered the first body. But once she was convicted, her story gets even more bizarre after she found love multiple times with other inmates. And even though she will spend the rest of her life in prison, she still attempts to lure men to her.

What Drove Joanna Dennehy To Kill?

Joanna Dennehy had a troubled life. Born in St. Albans, Hertfordshire, in August 1982, Dennehy left home at age 16 when she ran off with her boyfriend, 21-year-old John Treanor. When Dennehy got pregnant in 1999 at 17, she was furious because she didn’t want children. As soon as her daughter was born, Dennehy began drinking, using drugs, and cutting herself.

“She came out of hospital and the first thought of her mind is to get stoned,” Treanor said, according to The Sun.

Despite her behavior, she got pregnant again in 2005. Treanor later left her and took the children away from her and the toxic environment that she had created for all of them. She was cheating on him, self-harming, and appeared to be a threat to his family.

His instincts proved to be spot on, but even he didn’t know how far Dennehy would go. After he left, she moved to the city of Peterborough, where she met Gary “Stretch” Richards, who was smitten with her, despite her problems.

She also allegedly funded her addictions through sex work, which could have led her to hatred of men. It wasn’t until February of 2012, when Joanna Dennehy was 29, that her problems were brought to light.

Dennehy was arrested for theft and then admitted to a hospital for psychiatric treatment. During this time, she was diagnosed with anti-social disorder and obsessive-compulsive disorder. Then, a little over a year after her arrest, Joanna Dennehy began her 10-day killing spree.

Joanna Dennehy began her vicious murders with 31-year-old Lukasz Slaboszewski. The two of them had met in Peterborough just days before Dennehy decided to kill him. After drinking together, she took him to another house that her landlord owned and blindfolded him.

As reported by CambridgeshireLive, Slaboszewski told his friends that he was going to meet up with the woman he thought was his new girlfriend. Instead, Joanna Dennehy stabbed him in the heart. She then stored him in a dumpster until she took her next victim.

Ten days after killing Slaboszewski, Joanna Dennehy killed one of her housemates, 56-year-old John Chapman, in the same manner. Then, hours later, she murdered their landlord, 48-year-old Kevin Lee, with whom she was having an affair. Before killing Lee, she convinced him to wear a black sequin dress.

Disposing of the bodies is where her accomplices come in. Gary “Stretch” Richards, 47, and Leslie Layton, 36, helped Dennehy transport and dump the victims in ditches, including putting Lee in a sexually explicit position to humiliate him further.

Later, Dennehy’s accomplices claimed that they didn’t want to help her but gave in to their fear, according to the BBC. Even though Richards was over seven feet tall, he still held onto this story. She must have been quite an imposing figure even though he towered over her by almost two feet. 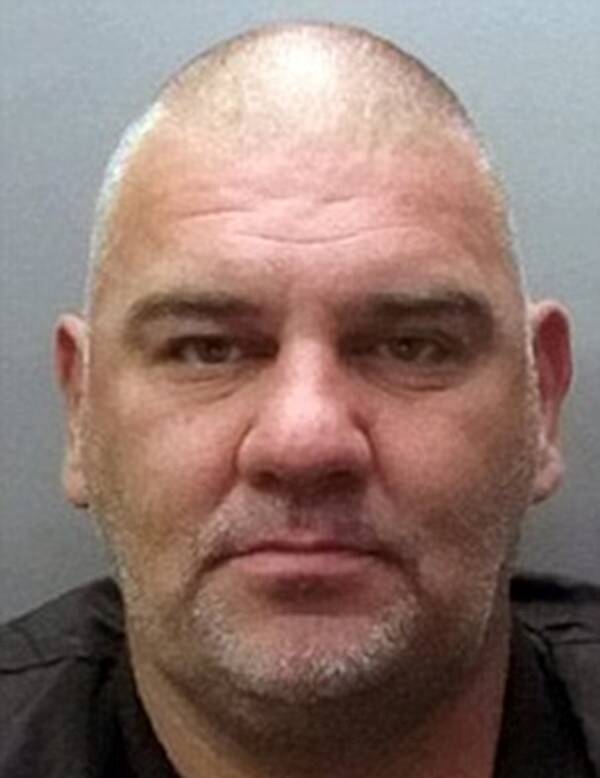 West Mercia PoliceJoanne Dennehy was aided by 47-year-old Gary “Stretch” Richards, who was later convicted of several crimes related to helping her.

On the way back from dumping her last two victims, the trio drove west across the country to the town of Hereford, looking for more people for Dennehy to murder. On the drive, according to the BBC, Dennehy turned to Richards and said, “I want my fun. I need you to get my fun.”

Once in Hereford, they came across two men, John Rogers and Robin Bereza, who were walking their dogs. Dennehy stabbed Bereza in the shoulder and chest, and then she stabbed Rogers over 40 times. It was only by quick medical help that these two were able to be saved and identify her during her trial.

Joanna Dennehy later said that she only targeted men because she was a mother and didn’t want to kill other women, especially not a woman with a child. But killing men, she reasoned, could be good entertainment. Later, she told a psychiatrist that she developed a desire for more killing after Slaboszewski because she “got a taste for it.”

How British Police Caught Their Killer

Two days after Joanna Dennehy murdered Kevin Lee, his family reported him missing. He was discovered in the ditch that Dennehy left him in. Police identified Joanna Dennehy as a person of interest, but when they attempted to question her, she ran along with Richards. 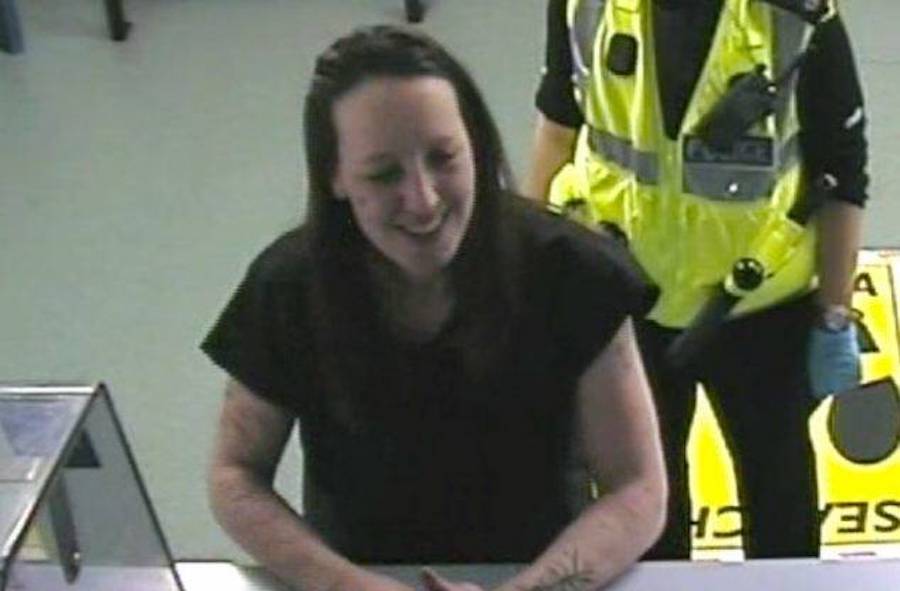 West Mercia PoliceJoanna Dennehy laughs in custody after her arrest on April 2, 2013.

It lasted all of two days before they tracked her down. Her arrest seemed to amuse her more than anything else. While being booked, she laughed, joked, and flirted with the male police officer who processed her, according to The Daily Mail.

While waiting for trial, the police found her diary with an escape plot that involved cutting off a guard’s finger to use his fingerprint to fool the security system. She was placed in solitary confinement for two years until after the court proceedings had concluded.

After pleading guilty to everything, Joanna Dennehy was sentenced to life in prison, and the trial judge ordered that she never be released. He said this was because of her premeditation and lack of a normal range of human emotions.

According to CambridgshireLive, she is one of three women in the U.K. to be given this whole life tariff, along with Rosemary West and Myra Hindley, who died in 2002. Richards was sentenced to life imprisonment with a minimum term of 19 years, and Layton got 14 years.

How Joanna Dennehy Has Kept Her Name In The Spotlight

Joanna Dennehy seemed to make the most of her imprisonment by finding love again in the form of cellmate Hayley Palmer. She tried to marry her in 2018, but Palmer’s family worried Dennehy would put her in danger. That same year, the lovers tried to kill themselves in a failed suicide pact, according to The Sun. 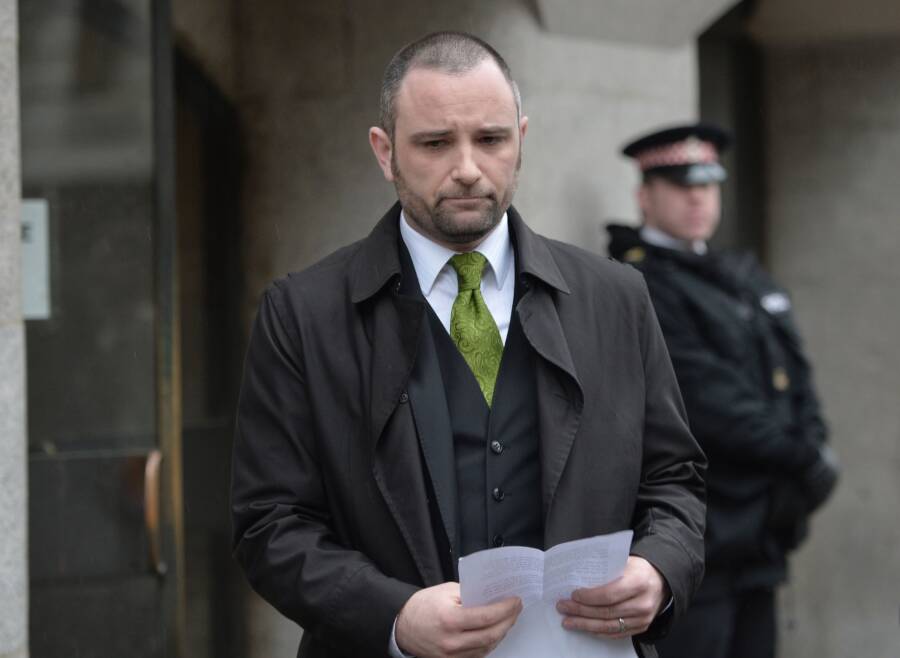 Anthony Devlin/PA Images via Getty ImagesDarren Cray, the brother-in-law of victim Kevin Lee’s widow, Christina Lee, speaks outside the Old Bailey, London, after the judge ordered Joanna Dennehy to spend the rest of her life in prison.

Another romance with a different prisoner ensued. But as of May 2021, Dennehy and Palmer were back together — even after Palmer’s release — and still intended to marry.

Not only that, but The Sun also reported that Dennehy has written letters to men while she’s been in prison, trying to draw in victims, despite being in jail for the rest of her life.

In 2019, Dennehy was transferred to Low Newton Prison, the same place where the only other woman still alive who has been imprisoned for life in the country — English serial killer Rose West — was being held. That is until Dennehy made a threat on her life, and prison officials moved West for her safety.

As one of the scariest serial killers because of her lack of remorse, pleasure in killing, and manner of murder, Joanna Dennehy’s lack of humanity shows us a true monster.

After learning about the bloody killing spree of Joanna Dennehy, read the disturbing story of Mary Ann Cotton, Britain’s first serial killer. Then, go inside the twisted story of Jesse Pomeroy, the youngest serial killer in American history.