For nearly a decade in the mid-Victorian era, Mary Ann Cotton poisoned a string of her husbands for their insurance money as well as anyone else who got in her way — including 11 of her own children. 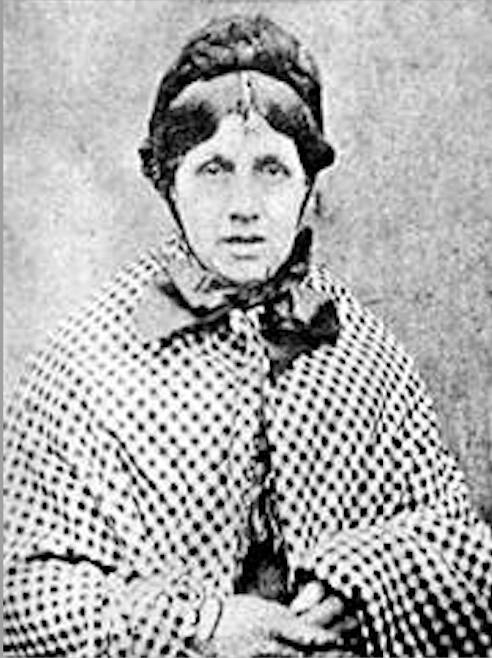 In 1872, the widow Mary Ann Cotton wanted to marry for the fifth time. Her previous husbands had almost all died under mysterious circumstances and she was forced to watch over her seven-year-old stepson, Charles Edward Cotton, whose care now prevented her from remarrying.

And then young Charles died. Suspicious of the timing, the London police opened an investigation, and an autopsy discovered arsenic in the little boy’s stomach.

It was then revealed that Charles wasn’t the first to die in Cotton’s care. Of her four husbands, three died under suspicious circumstances, including many of Cotton’s own children.

It soon became clear that police were dealing with a serial poisoner. This is the harrowing story of Mary Ann Cotton, Britain’s first serial killer. 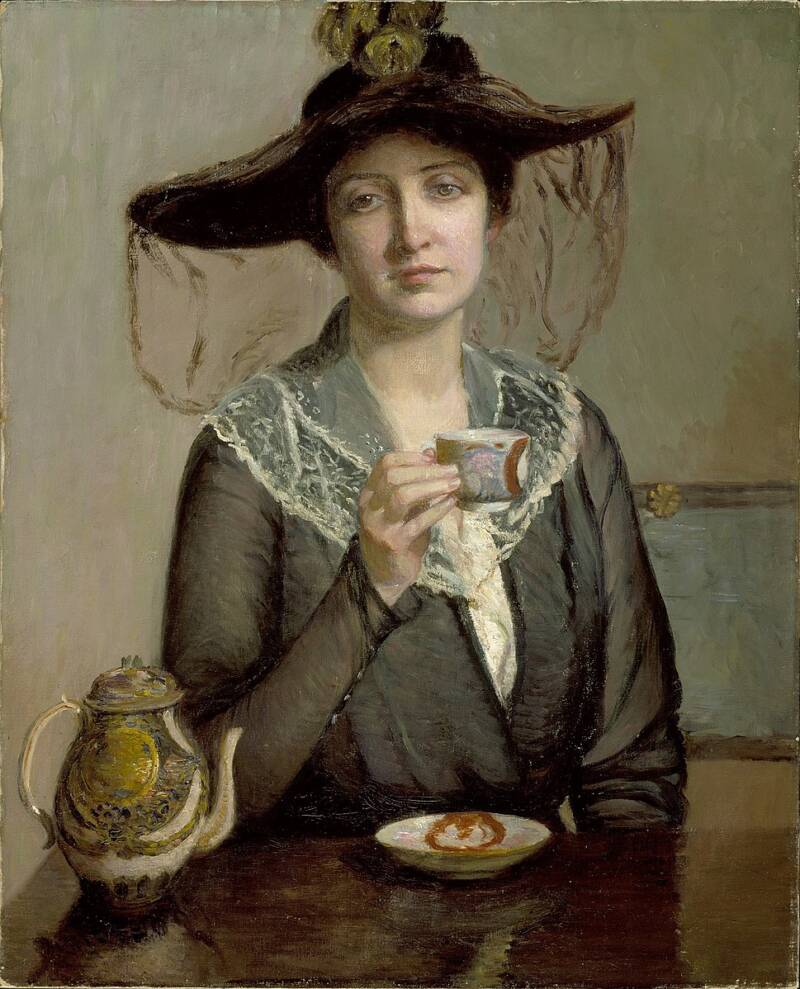 Born in 1832 in Durham county, England, Mary Ann Cotton worked as a nurse and dressmaker before she married William Mowbray in 1852.

But in 1856, the young family had experienced tragedy, when four of their five children died of gastric fever. Mowbray then purchased a life insurance policy to cover himself and their three surviving children in the event that he passed.

Then, in the 1860s, Mowbray’s worst fear came true when he and two of his children passed away from the same fever. Cotton collected the insurance money, left her surviving child with her mother, and married a man named George Ward.

Less than a year later, he was dead, and Cotton received yet another insurance payout.

But Cotton didn’t remain a widow for long. In 1867, she married for the third time. His name was James Robinson, and she pressured him to take out a life insurance policy as well, but he refused, particularly after four of his children died.

The marriage ended and Robinson escaped with his life. Her next husband, who she married in 1870, wasn’t so lucky. As she collected his insurance money, she became pregnant with a fifth man’s child. But then he died under suspicious circumstances.

All told, Cotton killed around 21 people, including 11 of her own children. But how did she do it?

How The Widow Who Got Away With Murder 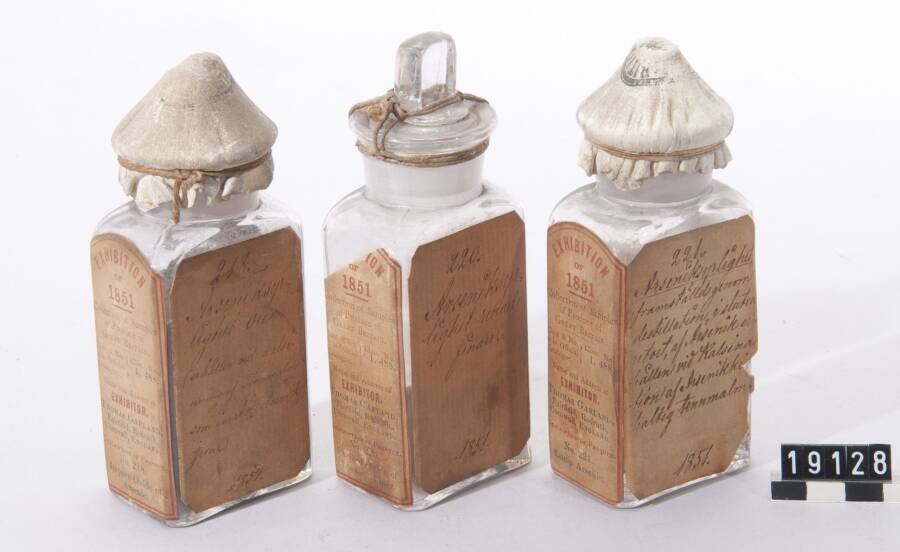 Wikimedia CommonsArsenic bottles from circa 1850 London.

Cotton was shrewd in her crimes. She cleverly used arsenic, which mimicked the symptoms of gastric fever. And before the 1830s, arsenic poisoning was largely undetectable, until chemist James Marsh developed a test to detect it.

Additionally, arsenic poisoning was a common occurrence in the Victorian era, where people came into contact with the poison on a daily basis. Children’s toys and wallpaper contained arsenic. Even baby carriages contained arsenic.

In 1858, when Cotton was still married to her first husband, 15 people died from eating candies that accidentally contained arsenic in what’s now known as the Bradford Sweet Poisoning Incident.

As a result, accidental poisonings did occur, but with over 20 suspicious deaths under Cotton’s roof, the poisonings didn’t look like an accident. And as the investigation would show, they certainly weren’t.

The Trial And Execution Of Mary Ann Cotton 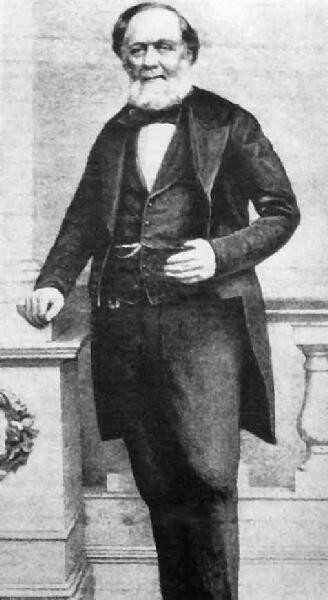 “A fearful suspicion,” reported the headline of the North Wales Chronicle in 1872.

“Mary Ann Cotton, a widow, is in custody at West Auckland, charged with having poisoned her stepson, aged eight years. It is said that the prisoner, who is comparatively a young woman, has had three husbands and 15 children, and that they, as well as two lodgers, died under her roof.”

Cotton’s trial began in 1873 after she gave birth to her last child in prison. During the trial, the prosecution laid out the evidence that Charles Cotton died of gastric fever due to his stepmother’s poisoned tea.

Cotton’s defense argued that Charles must have died from arsenic in the wallpaper. But what of the nearly two dozen other dead? The police had exhumed the body of Cotton’s lover, who died shortly before her stepson. “They found unmistakable symptoms of poison,” reported one paper.

But Mary Ann Cotton maintained her innocence. “I am not guilty I have been miss Lead,” she wrote in one note.

The jury spent one hour deliberating before finding her guilty, nonetheless.

A journalist described the scene: “Mrs. Cotton, who scowled fiercely and with an air of defiance at the crowd, and who muttered constantly but indistinctly, took her place upon the drop with remarkable composure… the wretched woman was launched into eternity.” 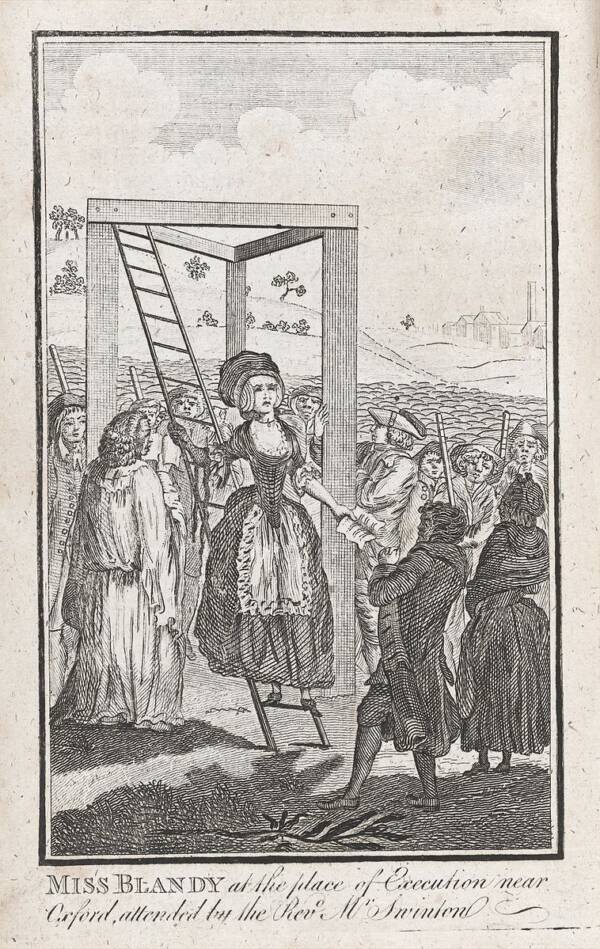 Wellcome ImagesMary Ann Cotton wasn’t the first Englishwoman sent to the gallows. A century earlier, Mary Blandy was executed for poisoning her father with arsenic.

In 1998, a former FBI profiler claimed, “There are no female serial killers.”

He couldn’t have been more wrong, as Mary Ann Cotton clearly showed. But she wasn’t the only femme fatale from modern history, there were also killers like Elizabeth Bathory and Amelia Dyer.

Mary Ann Cotton was only officially convicted for the death of her stepson, Charles. Yet her total number of victims may have been as high as 21 people.

Although Cotton never had the notoriety of Jack the Ripper, who began killing a decade after Mary Ann Cotton’s execution, her death toll was almost certainly higher, making her one of Britain’s most horrifying murderers in history.

Mary Ann Cotton wasn’t the only female serial killer to rack up double-digit numbers of victims. Next, read about Giulia Tofana, who poisoned 600 men in the 17th century.