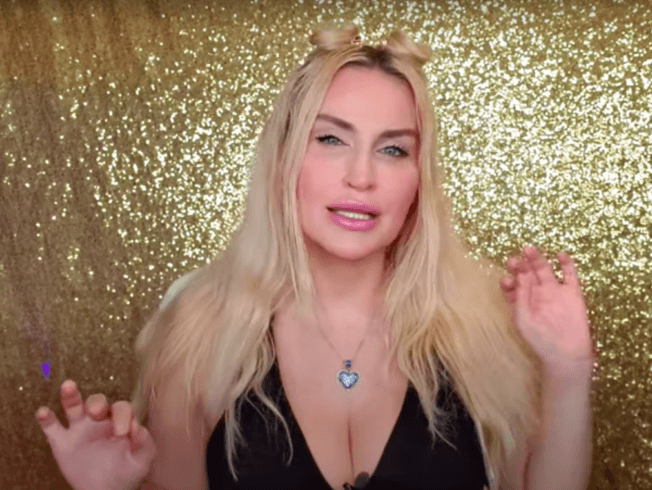 YouTubeAbbie Bela discussing her extraterrestrial encounter on her YouTube channel.

To find her soulmate, London actress Abbie Bela looked to the skies. She claims that she fell for an alien after it swept her into its UFO — and right off her feet.

Bored by the pandemic and unimpressed by the offerings on Earth, Bela explained that she joked online about wanting an alien to abduct her.

Before long, she began to have dreams of a “white light.” And then, on May 31, Bela says she heard a voice in her dream. It commanded her to: “Wait in the usual spot.”

Bela had never heard the voice before. And yet, she says, she knew what it meant.

“The next evening, I sat next to my open window,” Bela said. She waited. And as she began to fall asleep around 12:15 a.m., a flying saucer swept into view. Before Bela knew it, she wasn’t in her bedroom any longer. “There was a bright green beam which transported me to the UFO.”

Most might be alarmed by such a turn of events. But not Bela. “I’m one of those people who all my life had weird encounters,” she explained on her YouTube channel.

Nevertheless, Bela soon found herself where very few humans (claim to) have ever gone — in the belly of a flying saucer. In Bela’s telling, she encountered five aliens in the UFO. They were tall and slender, but Bela couldn’t make out their true forms.

“I couldn’t see them clearly and [they] telepathically said I’m not ready to see them in their true form,” Bela claimed. “But from what I could see, they had a slight green hue and big black eyes with human features, such as eyebrows.” 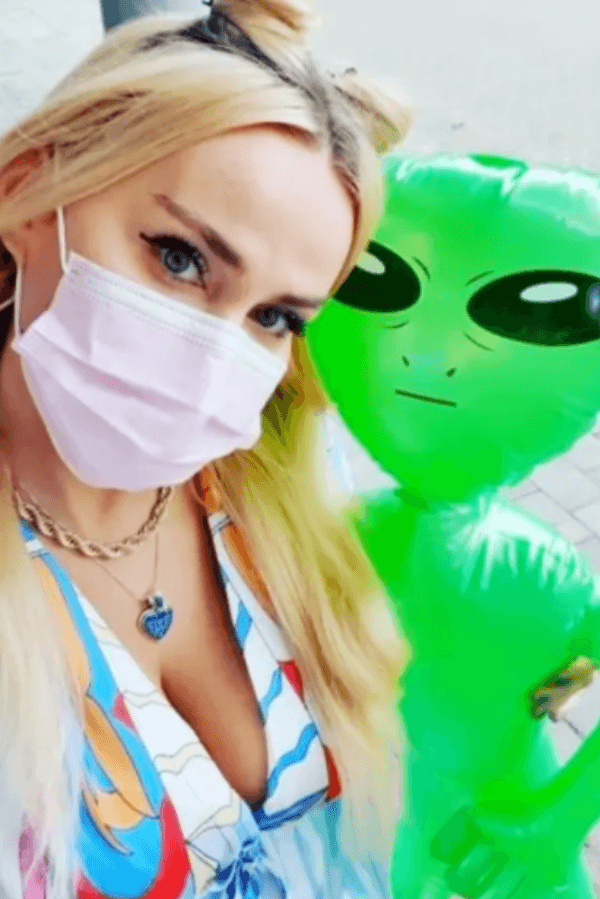 In a sketch Bela drew for Caters News, the aliens have round faces and a snakelike gaze. Bela describes them as having “big eyes with irises.”

But Bela wasn’t frightened. On the contrary — she was lovestruck.

“There was one who connected with me,” she gushed, describing the feeling as being in love times 100. “I didn’t get his name but I felt exactly the same.”

However, the starcrossed lovers faced a few hurdles. For one, the alien told her that dating a human was taboo — although he was willing to break the rules. For another, Bela wasn’t sure that she wanted to leave planet Earth and never look back.

“He said I had to consent to go with them, but I didn’t want to say yes in case they took me forever.”

So, sadly, Bela left the UFO after just 20 minutes. And back on Earth, she bemoaned the gaping differences between aliens and Earthmen. Aliens offer an “extra quality of care,” she said. Men on earth just “tell lies and have double standards.”

Some, Bela noted, might be squeamish about Earthling-alien relationships. But they just haven’t “considered interspecies dating.” Bela hopes to be a pioneer in this field and “normalize” interplanetary love.

Although many have raised an eyebrow at Bela’s story, she’s hardly alone in claiming an alien encounter. During the pandemic, sightings of U.F.Os have surged. The National U.F.O Center reported that sightings jumped up by about 1,000 in 2020, to 7,200 recorded “encounters” with extraterrestrials.

For a long time, said Peter Davenport, the director of the U.F.O reporting center, the government thought “that people like me are just crazy — and we’re not.”

Indeed, the Pentagon is expected to imminently release its highly anticipated U.F.O report. 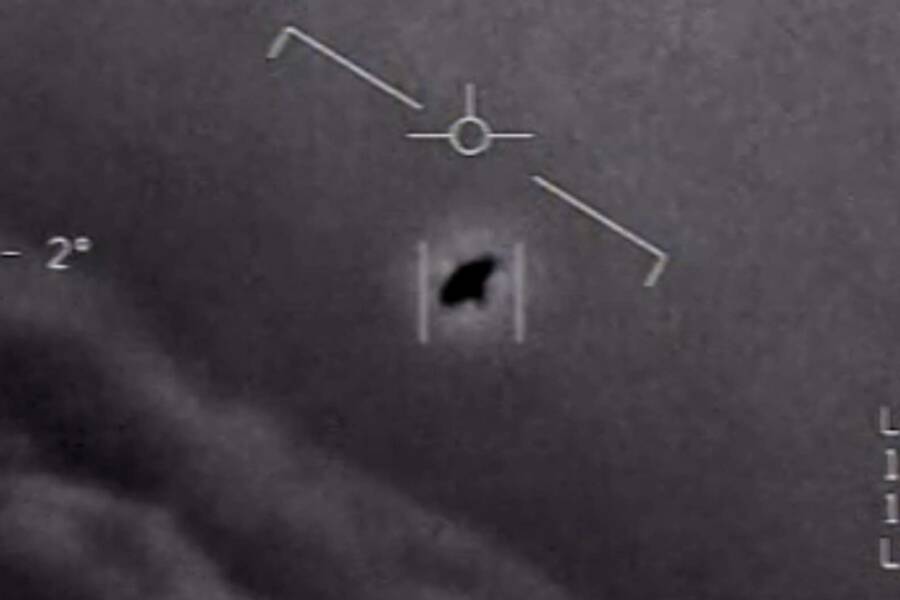 Department of DefenseAn unidentified flying object under examination by the U.S. government.

Their report will examine a number of documented encounters with unidentified flying objects. To date, the government “still cannot explain the unusual movements [of these objects] that have mystified scientists and the military.”

As for Abbie Bela and her alien love? Bela hasn’t given up on her long-distance relationship quite yet — although she understands if her lover is concerned about capture by the CIA. She hopes that her alien suitor will brave the risk and visit one day from the Andromeda galaxy.

Until that day comes, Bela keeps her overnight bag by the window — waiting for the next time she sees a flash of light from the heavens.

After reading about the woman in love with an alien, learn about Amethyst Realm who claims to have had sex with ghosts. Or, discover the extraterrestrial story about the Kelly-Hopkinsville encounter.