Amethyst Realm is a 27-year-old “spiritual guidance counselor” who claims that, after having sex with ghosts, she'll never go back to men. 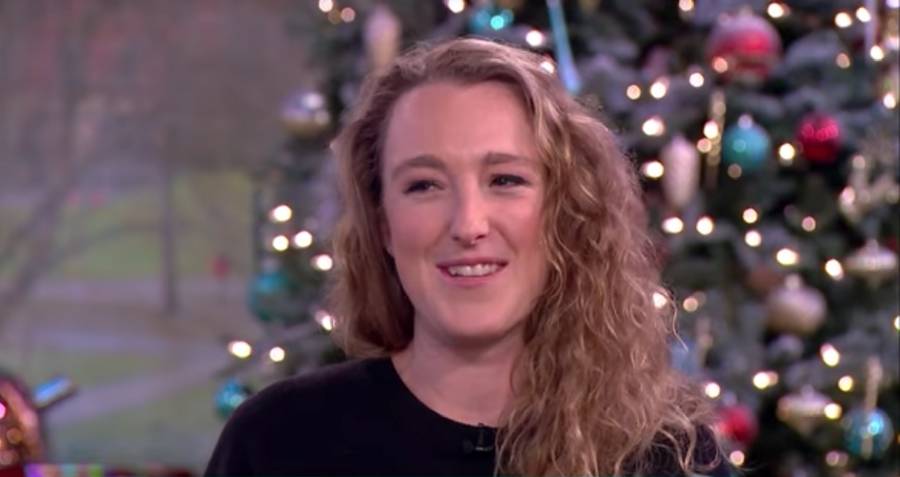 Youtube
Amethyst Realm, the girl who sleeps with ghosts.

A woman in Bristol, England claims that she’s had sex with at least 20 different ghosts in the past 12 years — and that she prefers them to men.

Realm claims that the first one was 12 years ago when she moved into a new home with her then-fiance. Shortly after moving into this supposedly haunted house, she said she began to feel a “presence.”

“It started as an energy, then became physical,” she told ITV This Morning hosts Phillip Schofield and Holly Willoughby. “There was pressure on my thighs and breath on my neck. I just always felt safe. I had sex with the ghost. You can feel it. It’s difficult to explain. There was a weight and a weightlessness, a physical breath and stroking, and the energy as well.”

Realm claims she carried on an affair with the ghost for three years before her fiance noticed. According to Realm, her fiance came home early from work, while Relam was in the middle of one of her spiritual trysts, and noticed the shadowy figure of man through the window. Apparently, Realm’s fiance wasn’t as open to the possibility of ghost sex as Realm was.

Since then, Realm claims she’s been visited by at least 20 other ghost lovers, some of whom came to her, and some of whom she’s seduced herself. Now, she says, she no longer has any interest in human men.

Well, host Schofield asked, what about the possibility of children? Surely a ghost can’t satisfy that need.

Amethyst Realm, however, feels it’s possible — and something she’d like to try in the future.

“I’ve done a bit of research into phantom pregnancies,” she said. “There’s a possibility that it is a ghost in you, but people don’t know how to carry it to full term.”

Phantom pregnancy, also known as pseudocyesis, is a psychological phenomenon that causes a woman to believe she’s pregnant when she isn’t. Though during pseudocyesis pregnancy symptoms can occur, there’s no real evidence to suggest the false pregnancy is anything other than a psychiatric or internal reproductive issue, and certainly none to suggest that paranormal activity is involved.

Though Realm’s claims seem not possible, she isn’t the first person to supposedly get down and dirty with a supernatural entity. Both singers Bobby Brown and Kesha believe that they’ve had supernatural sex, and ghost researchers say that the claims may be valid.

“The people who report having sex with a ghost report feeling pressure on them and even penetration, but ghosts don’t have warmth,” ghost researcher Alexandra Holzer told the Huffington Post. “When they’re in the room, it’s a very cold environment.”

Most scientists and psychotherapists, however, believe that people who say they’re getting hot and heavy (or cold and heavy?) with a ghost are actually experiencing sleep paralysis, or hallucinations brought on by stress, anxiety, or depression.

Despite the detractors, Amethyst Realm is content with her current lifestyle and is actively on the hunt for the perfect ghost companion.

“Ideally I’d like to find one that I can settle down with and spend the rest of my life with,” she said. “I’ll never go back to men.”

After reading about Amethyst Realm, take a look at all of the places where you can find your very own ghost, such as these haunted places, or this haunted hotel.