From European castles to abandoned prisons, the ghostly spirits and disembodied voices of these haunted places will chill you to the bone.

Paranormal activity, demonic presences, bone-chilling screams, and so much more are said to linger in these haunted places around the world. Some have claimed to see ghosts on the grounds, while others have said that they simply feel their presence — and know that they’re not alone.

Some of these sites have long histories of hauntings and others have shorter ones, but all of them are unquestionably frightening. And after learning the full tales of these supposedly haunted places, even the biggest non-believers may think twice before daring to enter one of them. 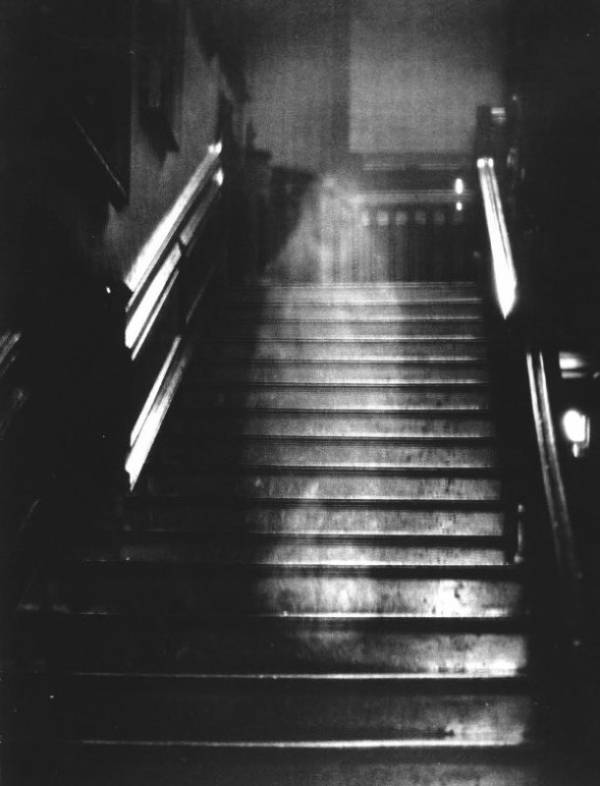 Nestled in the countryside of Norfolk, England, Raynham Hall was originally built by a wealthy politician named Sir Roger Townshend. It has been in the Townshend family for about 300 years.

But the hall is also the setting for one of the most famous alleged ghost photos ever taken — which depicts a white figure descending a set of stairs. In 1936, the apparition was captured on camera by photographers from the British magazine Country Life. And the image immediately caused a stir.

Known as the “Brown Lady,” this ghostly woman is named for the color of her dress, which she is said to always be wearing. As for the identity of the Brown Lady, no one is quite sure who she is. 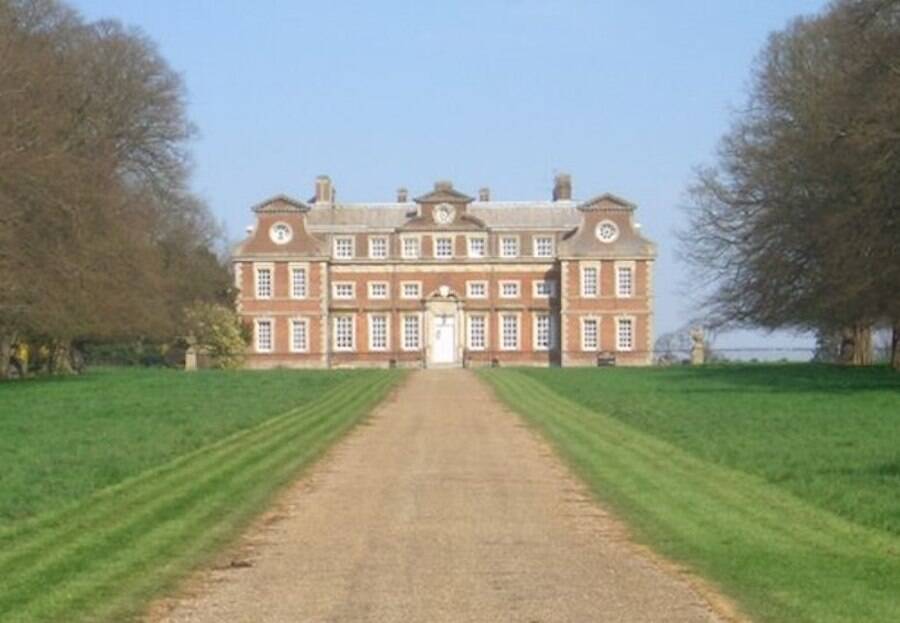 Wikimedia CommonsA view of Raynham Hall from the outside.

The mystery dates back to as early as 1835 — when guests present at a Christmas party in Raynham Hall said that they had witnessed an apparition dressed in brown. These sightings ran rampant throughout the late 1800s and early 1900s. And the hall gained a reputation as one of the most haunted places in England — as some tried to guess who the ghost was.

Some legends say that she is the ghost of Lady Dorothy Walpole, the sister of Robert Walpole, who was the first Prime Minister of Great Britain. While she was alive, Lady Dorothy Walpole was married to Charles Townshend — who was a notoriously cruel man with a hot temper.

He reportedly accused his wife of adultery and then locked her away inside the home. He also forbade her from having any contact with the outside world and even barred her from seeing their children.

In 1725, Lady Dorothy Walpole supposedly died and a funeral was prepared for her. But many believe that her “death” was falsely reported and that she actually lived for many years as a prisoner of her own husband. And, if the legends are to be believed, she still roams the halls of Raynham to this day.

The Myrtles Plantation: A Haunted Place In St. Francisville, Louisiana 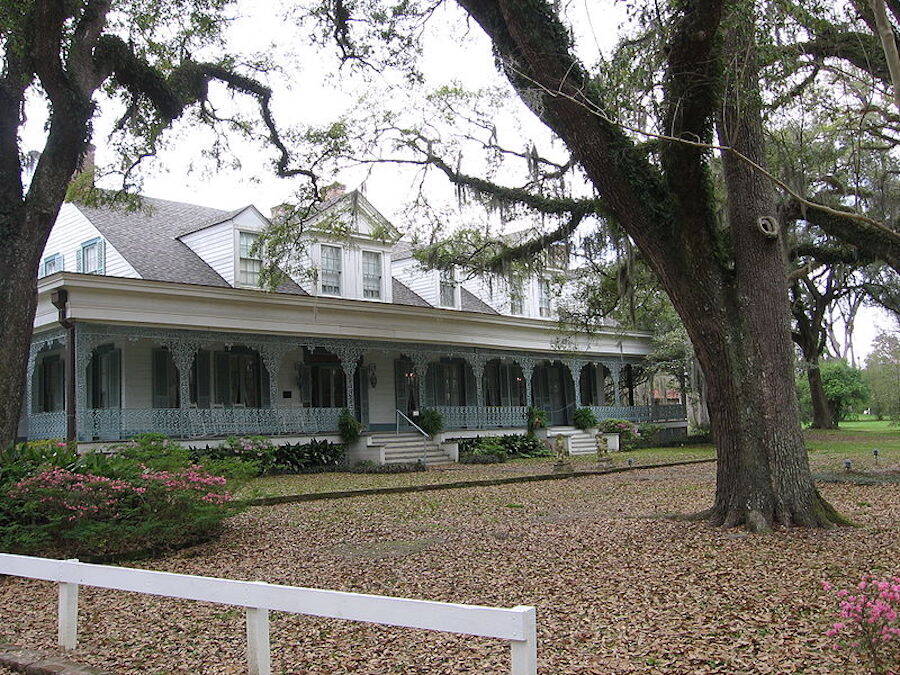 Wikimedia Commons The Myrtles Plantation is thought to be one of the most haunted places in the world.

Constructed in 1796 by General David Bradford, the Myrtles Plantation is home to centuries of history — and, allegedly, its fair share of ghosts that make it one of the most haunted places in the world.

Upon his death, Bradford gifted the plantation to his daughter and her husband, Clarke Woodruff. The couple did not have a happy life inside the home and were faced with many losses while they were there. Of the three children that the couple had, only one survived to adulthood.

Tragically, the most famous ghost reportedly roaming the plantation is a girl named Chloe who was enslaved by the Woodruffs. Some legends claim that Clarke Woodruff pursued an “affair” with her, while other stories say that he or his wife had her ear chopped off for the “crime” of eavesdropping.

The stories vary, but some say that Chloe was hungry for revenge and ready to kill her abusers — so she poisoned some of their food. Others say that she simply wanted to make them very sick so that she could nurse them back to health. That way, she could be guaranteed a place working in the Woodruffs’ home and not out in the fields like other slaves.

Either way, the amount of poison in the food was enough to kill Mrs. Woodruff and two of her children. And when the Woodruffs’ other slaves found out, they were so terrified of what Mr. Woodruff would do that they hanged Chloe themselves. They then tossed her body into a river. 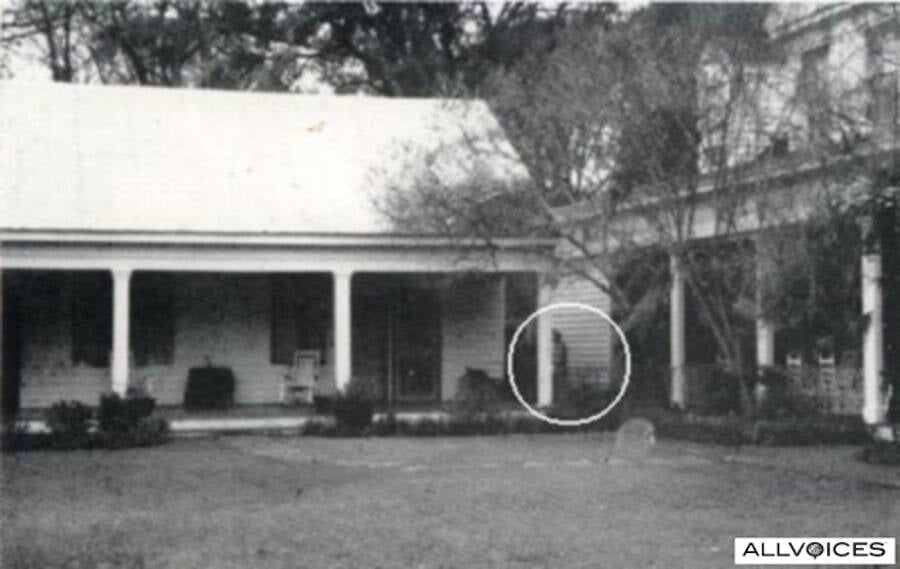 PinterestA photo of the alleged ghost of Chloe haunting the Myrtles Plantation.

Despite the violent death of Chloe, it’s said that her spirit lived on — and haunts the property to this day.

In the 1970s, another family, the Meyers, purchased the home and decided to open it up as a bed and breakfast for visitors. And almost immediately, strange things started happening around the house.

Several guests claimed to hear odd noises, and some also said they saw the spirit of Chloe in and around the home. And a few even claimed that they have captured Chloe’s spirit in a photograph.

But Chloe isn’t the only one who people have claimed to see in the home. Some say they’ve seen the ghosts of the Woodruffs’ children in the mirror near the room where they were supposedly poisoned. And others have said that they’ve seen young girls in antebellum clothing in the windows.

To make matters even eerier, a total of 10 murders have allegedly happened on the property throughout the years. However, many of these killings are believed to be mostly based on legend. But if you would like to figure out for yourself whether this is one of America’s most haunted places, the plantation is still open today as a bed and breakfast.