French nobleman Gilles de Rais is remembered both as a war hero and as a serial killer who was executed for killing more than 100 children in the early 1400s.

Gilles de Rais was an esteemed 15th-century nobleman and diligent soldier. He dedicated his life to defend France from the Kingdom of England and led his homeland to victory in the Hundred Years’ War.

While he’s remembered for fighting alongside Joan of Arc, Gilles de Rais’ true claim to infamy lies in his conviction by a court in Nante for the rape and murder of 150 children in dark occultist rituals. 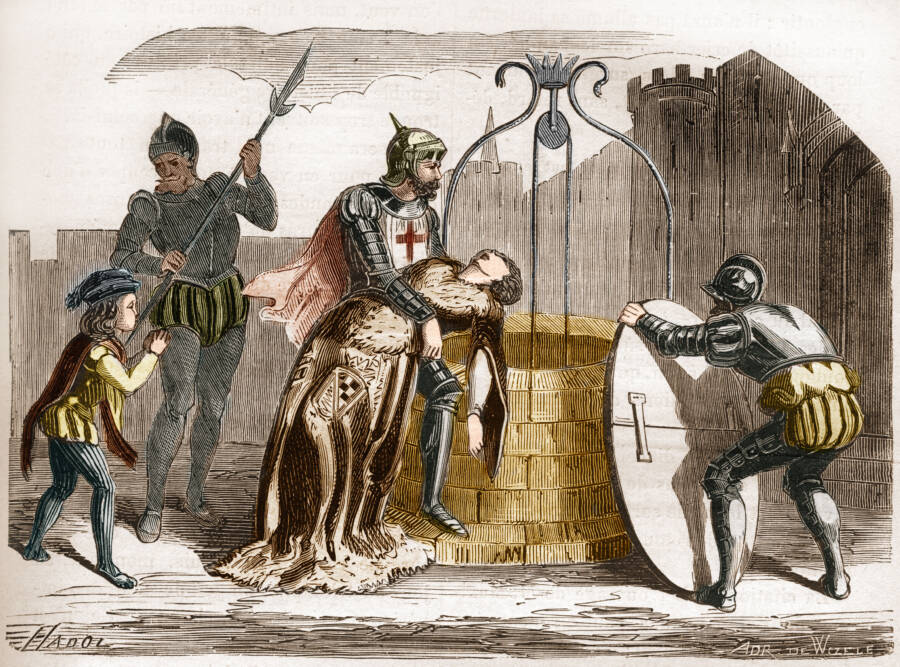 It was only after De Rais abducted a priest in 1440 that the local church launched an investigation into his crimes. Joan had been burned at the stake five years earlier, and the war was nearing its end. That’s when officials accused de Rais of murdering children for years — trying to summon demons.

From his wartime service as a national hero to high-ranking Marshal of France and official protector of Joan of Arc, Gilles de Rais wielded an honorable outward appearance. However, he would inspire the macabre French folktale of “Bluebeard” after being executed in 1440.

Gilles de Rais was born Gilles de Montmorency-Laval in 1404 in Champtocé-sur-Loire, France. The son of nobles, he was raised in the area of Rais, in the western French region of Brittany. He was a bright child who wrote illuminated manuscripts, learned military tactics, and spoke fluent Latin.

Tragedy struck when de Rais was 10 years old and his father, Guy de Laval, was killed in a hunting accident. The boy may have even witnessed the incident, which was followed within months by the death of his mother, Marie de Craon. Her cause of death remains unknown.

Raised by his maternal grandfather Jean de Craon, de Rais grew into a prickly and ill-tempered young man. His resourceful grandfather was a noted political schemer who managed to marry de Rais off to Catherine de Thouars of Brittany. And though the wealthy heiress significantly increased de Rais’ fortune, their union also fated him to war. 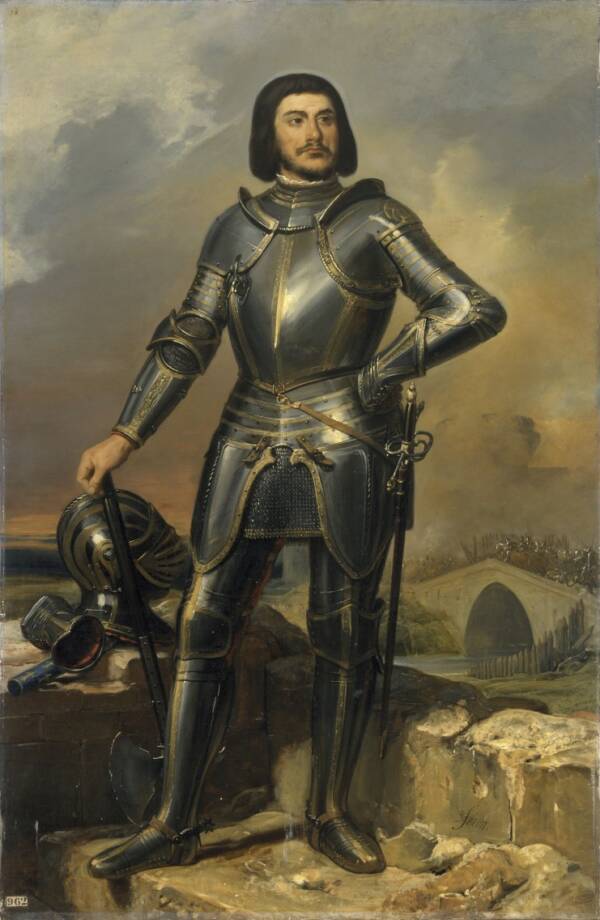 The Hundred Years’ War, as it would come to be known centuries later, had been raging since 1337. It pitted the kings and kingdoms of France against those of England and wouldn’t cease until 1453. De Rais was wrapped up in the conflict when his new home of Brittany became disputed territory between the kingdoms.

Gilles de Rais’ military career is well documented. He would make his mark on the battlefield and become one of the richest and most powerful feudal lords of his time. Ominously, he would spend much of his time abducting innocent children — with his status shielding him from suspicion for eight years before being caught.

From War Hero To Demonic Murderer

Historical accounts described Gilles de Rais as a fearless and capable fighter. He solidified his status in 1429 when the dauphin, who would later become King Charles VII of France, ordered him to watch over Joan of Arc on the field. As her official protector, de Rais had significant responsibility and rose to the occasion. 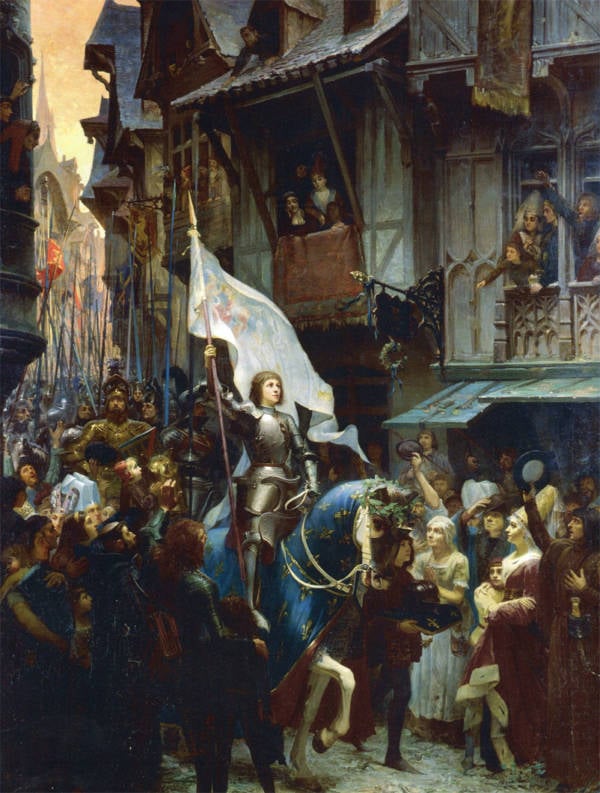 Jean-Jacques Scherrer/Wikimedia CommonsAn 1887 painting of Joan of Arc liberating Orléans during the Siege of Orléans.

The two fought bravely in several key battles, including those of Jargeau and Patay. They were side by side when the French army rescued the city of Orléans from an English siege in 1429. It proved to be a major turning point in the war and saw de Rais promoted to Marshal of France and attain invaluable status.

Joan of Arc was captured and burned to death by the English on May 30, 1431, in the city of Rouen. De Rais forged ahead in his military service and led the French army to a definitive victory over England in 1435. Ominously, he had already been murdering innocent children for three years.

As marshal, de Rais had been sending his servants to find and abduct peasant children since 1432. According to trial documents, he used secret rooms to sodomize them before bludgeoning them to death while staring into their eyes. Then, he decapitated their bodies and kept their severed heads on display — kissing his favorites from time to time.

After he retired from military service, his lifestyle grew decadent. De Rais squandered a fortune on excess and bad investments, including a 150-actor play about Joan of Arc and the Siege of Orléans. Advised by local sorcerers to engage in the occult, he organized rituals involving the human sacrifice and dismemberment of children in hopes of raising demons to re-establish his finances.

However, on May 15, 1440, de Rais and his men abducted a cleric from the Church of Saint-Étienne-de-Mer-Morte following a dispute. The Bishop of Nantes rapidly launched an investigation, which led church officials and lawmen to uncover evidence that de Rais had murdered up to 150 boys over the course of eight years.

The Trial And Execution Of Gilles De Rais 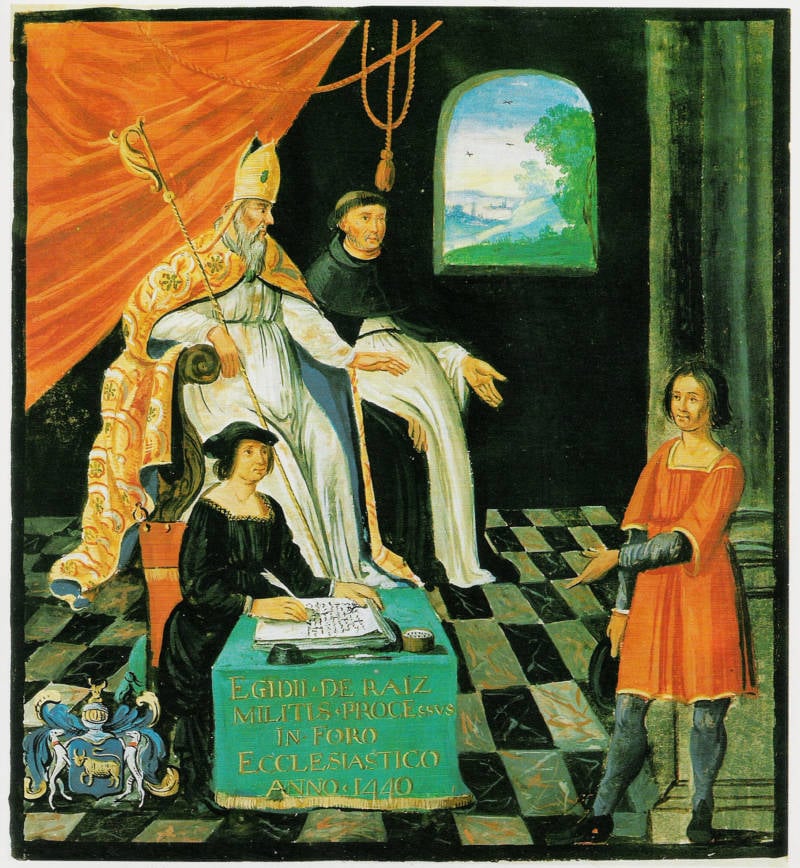 Several servants from neighboring villages also came forward to testify that their children had gone missing after begging near de Rais’ castle. In one instance, a furrier relayed how de Rais’ cousin had borrowed his 12-year-old apprentice, who was never seen again.

While the court initially planned to torture de Rais into confessing, that was no longer necessary when he admitted to all charges of murder, sodomy, and heresy on Oct. 21. He even confessed to kissing the children when they were dead and cutting their stomachs open to marvel at the sight of their organs.

His trial lasted five days and culminated with de Rais being found guilty of criminal murder and unnatural vice with children. Sentenced to death, he was executed by hanging and burning on Oct. 26, though his body was saved before the flames entirely reduced it to ash.

And although there is no definitive record of how many children he killed, most believe it was between 100 and 200, though some have asserted it could be as high as 600.

While his guilt had been universally accepted for centuries — and Gilles de Rais even inspired the 1697 “Bluebeard” fairytale — some experts have come to question his guilt. Historian Margot K. Juby, the author of The Martyrdom of Gilles de Rais, believes the threat of torture was so daunting that de Rais confessed regardless of guilt, or possibly to save himself from excommunication. 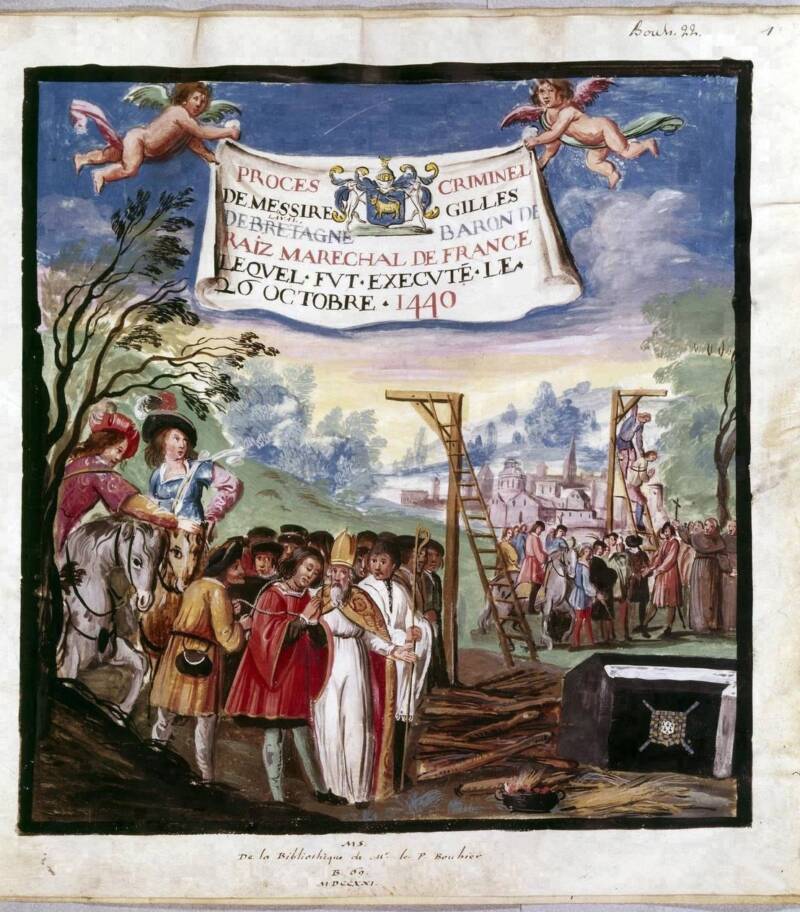 “It seems impossibly quaint in the 21st century to read a text that fully accepts the validity of an Inquisition trial with the use of torture,” she said.

Not only was there was no tangible evidence proving de Rais was guilty, but the Duke of Brittany, who prosecuted the secular case that saw de Rais convicted, wound up receiving all the titles to de Rais’ lands after his execution. Some historians point to this as evidence of a political scheme against de Rais.

And in 1992, a French Freemason went as far as organizing the trial to retry de Rais fairly.Comprised of French ministers, parliament members, and UNESCO experts, the court investigated all available evidence and came back with a verdict of not guilty.

However, more than 500 years after this death, Gilles de Rais will likely remain a disputed but prominent figure of French history.

After learning about Gilles De Rais, the child serial killer who aided Joan of Arc, check out these fascinating facts about Joan of Arc, the misunderstood hero and modern-day icon. Then, learn the story of Henri Landru, France’s modern Bluebeard serial killer.